TAKE ACTION - STREET:
THE PLACE GAME AND THE
PLINTH GAME

Transforming a street, a district, an inner city, or creating a new district with a great city at eye level takes years and usually involves incremental steps forward. Nevertheless, it’s easy to make a quick start and create the first quick-wins soon. One of the first steps is to involve the community from the beginning: developers, owners, entrepreneurs, citizens, local government experts, new initiators and zealous nuts.

To get started quickly and easily, to involve the network into a shared analysis and to generate new ideas for the future, a couple of tools have proven to work well over the years. Project for Public Spaces has developed the place game, a structured community-based game that takes one full day for all involved.

The basic idea of this ‘serious game’ is that the community is the expert, as described in the article on placemaking by Fred Kent and Kathy Madden. The entrepreneurs, users and owners who occupy a space on a day-to-day basis bring knowledge about the daily use, or underuse of a place, and many ideas of how to make the first quick improvements and how to turn the space into a place. New initiators, experts from the local government, and developers bring knowledge for how to develop the place in the longer run. Both sets of expertise are needed—and the community is the backbone, since they will be maintaining the place on a daily basis. Ownership is key.

In the place game, we split the larger group into smaller groups and then begin the analyse of the area. Walking and talking in smaller groups, analysing the street together based on everyone’s intuition, coming back with shared ideas – the game creates a different mind-set. It allows for interdisciplinary acting, breaks down barriers, and brings people together to take ownership and create their own places.

During the place-game we think of reasons to visit the area, following William H. Whyte’s analysis of the effect of ‘triangulation’: different kinds of uses and functions piling up on each other. Each area, square, street can be broken down into at least 10 sub-spaces: the power of 10 (as explained in the article by Norman Mintz). If each of these sub-spaces has 10 reasons for people to visit, the entire place will have 10×10 = 100 reasons, and will always be comfortable, day and night.

‘Lighter, Quicker, Cheaper’ is a crucial motto and solutions vary from adding movable chairs to a courtyard, opening up closed windows, to starting container villages—anything that the community comes up with and advocates for. With short term actions comes trust from stakeholders and the community. Long term is three years; short term one to three months. It is better to invest a bit longer beforehand, than to have to wait for results too long after, creating disappointment.

Understanding the city at eye level starts with what we see and feel. It is, first of all, intuitive. It is also something that must be actively worked on. Plinth strategy is much more than just filling an empty space. It’s about developing a strategy that is based on co-creation, flexibility, creativity, placemaking, and basic urban design principles.

To focus on the street plinths, use the criteria from this book to do a plinth game. The workshops can be held both at the level of a single street that needs improvement, or developing a new strategy for an entire city, for both existing and the new areas. In the case of a single street, a day can be enough to get started; in the case of a whole city, at least two days are required. In both cases, one-on-one in-depth interviews with people representing a variety of angles beforehand are crucial. For the plinth game we also need all participants to create new solutions: building owners, renters, new initiatives, entrepreneurs, residents, developers, experts in maintenance, retail, public space, reuse of empty buildings, designers of new buildings, all depending on the situation at hand.

During the game, the criteria from this book can be adapted to the local situation and customised into ‘spider graphs’. The use of the spider graphs is easy. For each of the criteria, mark a score for the current situation between 0 and 10 (in a brochure, we added suggestions for the scores, this brochure can be downloaded on our website). Next, add the scores for the desired situation. The difference between the two ‘webs’ provides an overview of the situation at one glance.

Interdisciplinary groups can each take on different streets or parts of the street, analyse, and generate new ideas for the future. In a compact, inspiring event of one or two days, a shared vision and plan of action can be created. Listing short- and longer-term actions helps as does referencing precedents from elsewhere, but the most important part is to, as Jane Jacobs said, walk the streets together.

The plinth games we held in Stockholm are a good example of making a quick start at developing a strategy for the whole city—all in four days. The Stockholm City Plan, The Walkable City, states that ‘the overall aim is to create a denser, more cohesive, more versatile and more dynamic urban environment with opportunities for a broader range of homes, businesses, services, culture, experiences and so on.’

A very important driver for Stockholm is the growth of the city, and the city aims to increase the number of built units from 100,000 to 140,000 in the next years (from 5,000 to 7,000 per year). This will be a major challenge, especially combining the new built areas and densification with The City at Eye Level. There is a strong historic sense and a drive not to repeat the mistakes of the past.

Putting words into action became an important topic; a resident remarked: “It is called Walkable City, but what is it more than words?” The idea needs a more concrete translation, requiring concrete street changes, but also the development of new tools and strategies. We set up a two-day plinth game, during which we held interviews with stakeholders and walked streets in 12 areas of the city, analysing the current plinths and exchanging ideas of ways to develop new criteria and tools. The game led to a highly condensed energy and many new insights.

With the help of the spider graphs, we analysed three street archetypes in Stockholm:

Each of these archetypes has such a different context that they require different approaches. The modernist archetype needs reuse and reopening of ground floors that are often shut or garages. Plinths can be reused for local start-ups and ethnic shops, for instance, the way it already happened in Rinkeby in Stockholm.

Newly built areas need sets of criteria and mechanisms for actual delivery by property developers. This can be achieved partly by, as Alan Jacobs calls them, ‘non-negotiable rules’ and partly by tempting market parties and rewarding good behaviour, for instance letting them building higher if they provide good plinths.

The traditional centre is more about restructuring existing plinths, and obtaining a type of management on the street level, instead of on the level of individual buildings. This leads to different behaviour, perhaps allowing for nicer functions with a somewhat lower rent for individual buildings, thereby reassuring the image and the income levels of the street in the long run.

During the two-day plinth game, four diverse groups analysed 12 streets—both within the city centre and in the suburban areas chosen by the City. The process led to the development of new criteria for good residential plinths in the specific context of Stockholm, good mixed-use plinths, and criteria for future newly built areas. 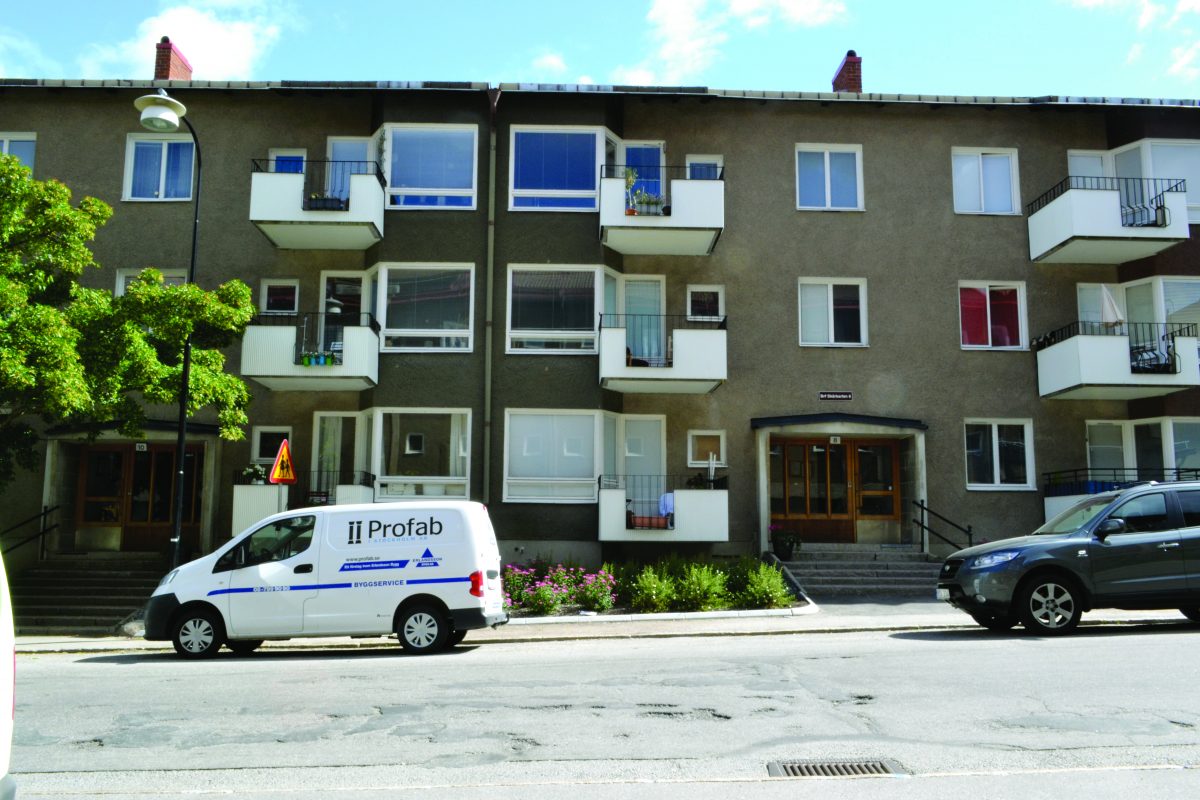 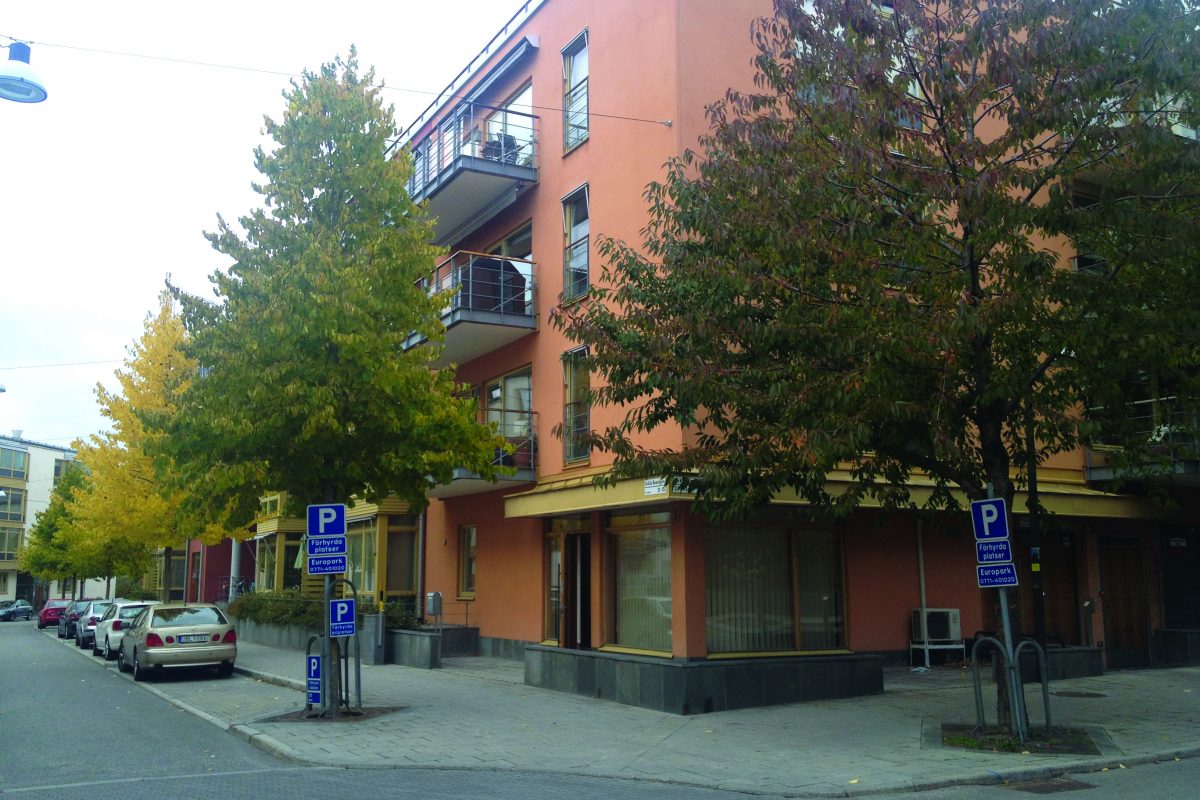 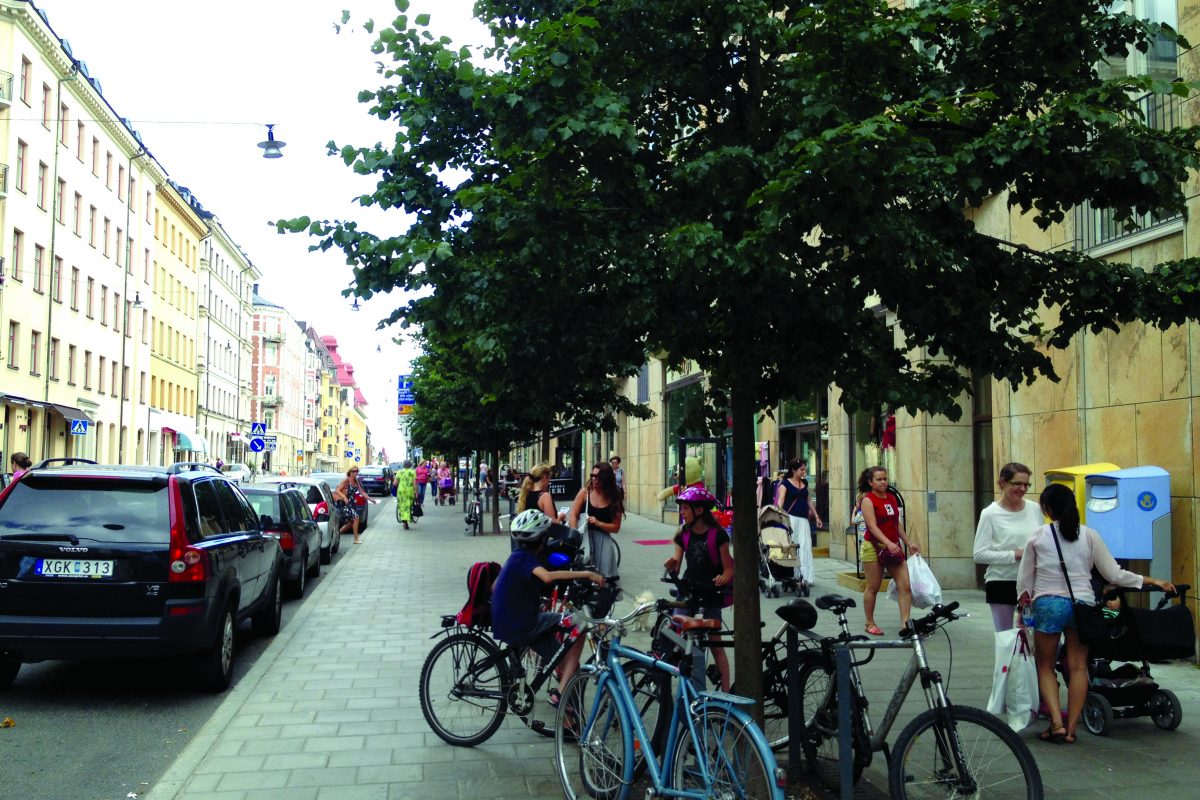 FROM GAME TO PLACE AND PLINTH MANAGEMENT

The games and workshops are a great way to get started. However to really make change, a mix is needed of:

The first focus is to make things happen now, to create energetic anchors of activity in key locations at peak, and to crowd-source ideas, allowing for surprise along the way. A ‘movable feast’ is created, bringing life on the streets and bringing the inside of buildings out. As the first actions lead to success, the community can start to take on bigger challenges. After the networks, places, and the streets further develop, the initial actions gradually shift to some kind of street, area or place management. It’s an organic process. This does not deal only with broken tiles and cleaning, but also with a constant management of inviting new activities, testing, learning from actions and improving.

Workshop materials can be downloaded at our shop.