The Zomerhofkwartier in Rotterdam, better known as ZoHo, is a former industrial/business area on the edge of the city centre of Rotterdam. Throughout the last decade, housing corporation Havensteder purchased most of the real estate in the area with the intention of redeveloping the area into a residential zone. Havensteder already owns over 10.000 houses in adjacent areas and ZoHo is located between their current properties and the city centre. The future of ZoHo directly influences the social and economical value of their existing property portfolio.

Recently we see a trend emerging among light industry: they are moving out of the mono-functional city edges and want to be present in the vibrant city centre. The housing redevelopment plans of ZoHo were postponed, partly due to the economic crisis in The Netherlands, and partly because of this trend. Perhaps it was a good idea from the start to transform ZoHo into housing, but maybe better alternatives exist for such a central area where few people live.

In 2013, Havensteder decided to take a risk with ZoHo and give ‘slow urbanism’ a chance. For a period of 10 years, the area has the opportunity to redevelop itself. Unless a party would come with a financial offer we can’t refuse, ZoHo could give itself new meaning for the city. The area could rediscover its own future. During these ten years, it will become clear what the future has in store for the area: housing, commercial functions, in existing or new buildings. Whatever fits the best. 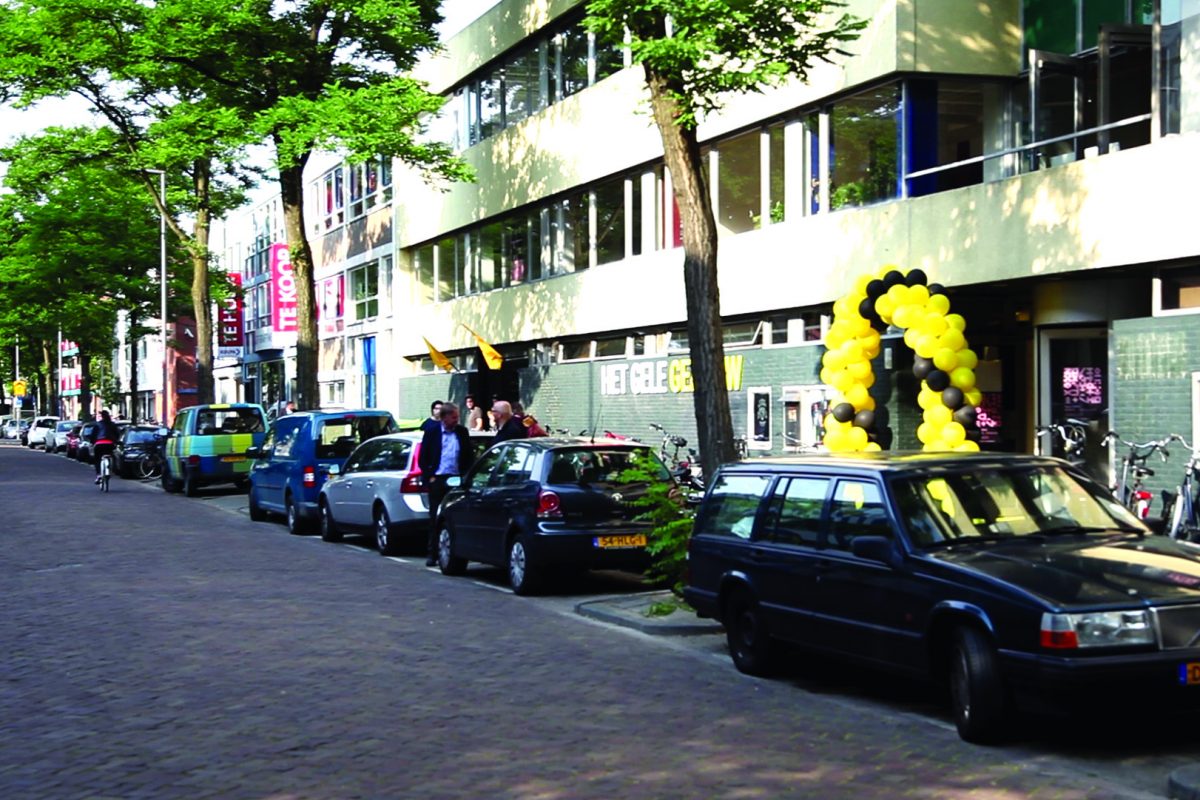 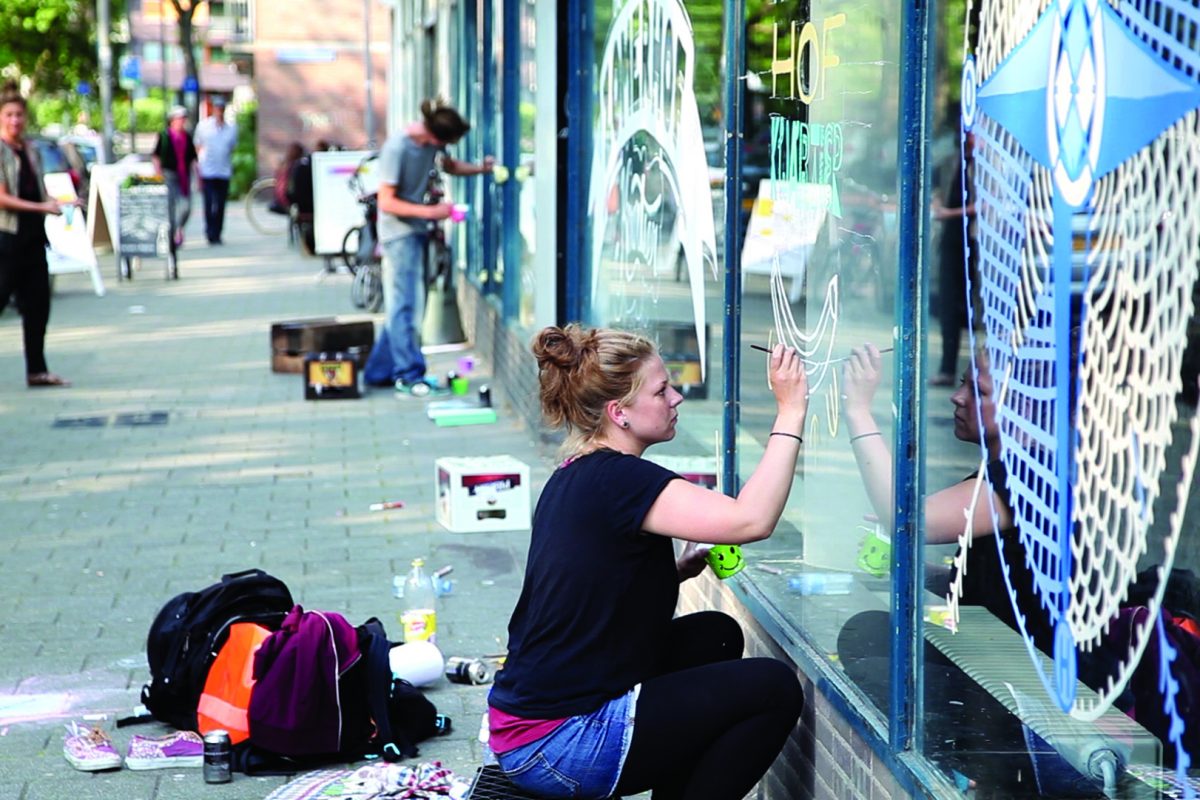 The approach in ZoHo is called slow urbanism. It can be described as an organic process where the traditional public planning partners (in the Netherlands, the housing corporation and government) give room to other parties to urbanise themselves.

In ZoHo, Havensteder teamed up with Stipo, a local public developer, who agreed to move to the area. In close co-operation with the local government and new and existing tenants, they started the process. During the first year (2013) they managed to fill almost all of Havensteder’s vacant real estate. The area has become known as a place for urban planning experiments and revitalising the city in the professional world in Rotterdam, the country and even internationally. The experience at eye level plays a key role in this revitalisation.

WHAT KEY FACTORS LEAD TO THIS SUCCESSFUL START?

By itself, ZoHo clearly had a lot of potential. The progressive and flexible approach of Havensteder and the government initially attracted tenants who felt core-sponsible for the area. The total combination created a winning start: open-minded management and the presence of interesting front runners (such as Stipo) who not only moved to the area, but also brought their expertise to improve it.

We are proud to say that ZoHo can be described as an area with 100 unofficial owners. Parties are working together to give ZoHo a new future that will be good for individual parties, for the area, and for the city.

As a former industrial/business area the public space was designed for the car with wide streets, too much parking spaces, and mundane paving. Furthermore, the plinths of the oversized buildings were often used for storage and indoor parking and were closed with no public functions on the ground floor.

The location itself is superb: at the edge of the city centre, near to the (new) central station and adjacent to an emerging neighbourhood. Large buildings lay on the south and west side of the area, and little through traffic makes it an unknown area for people from the city or even the neighbourhood. Altogether ZoHo has been known as an unsafe and unattractive area. For the tenants, the city and Havensteder, this was the reason to improve the public realm. 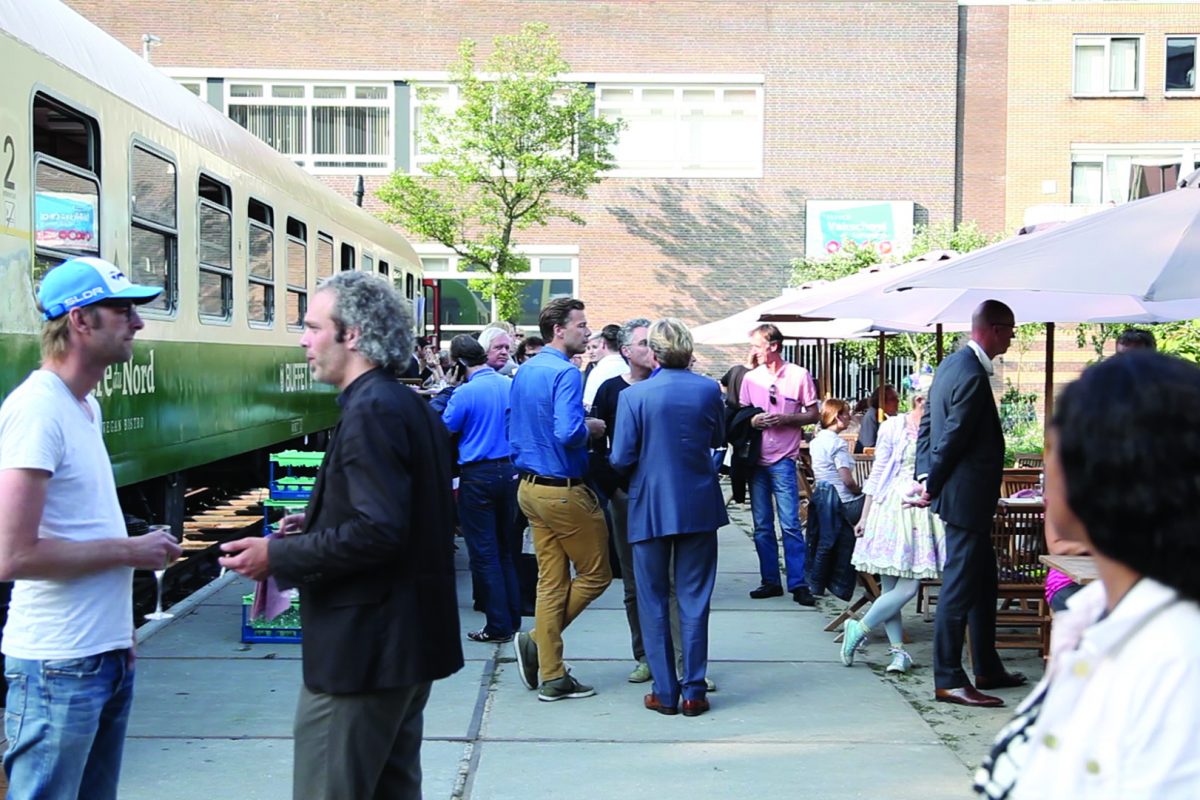 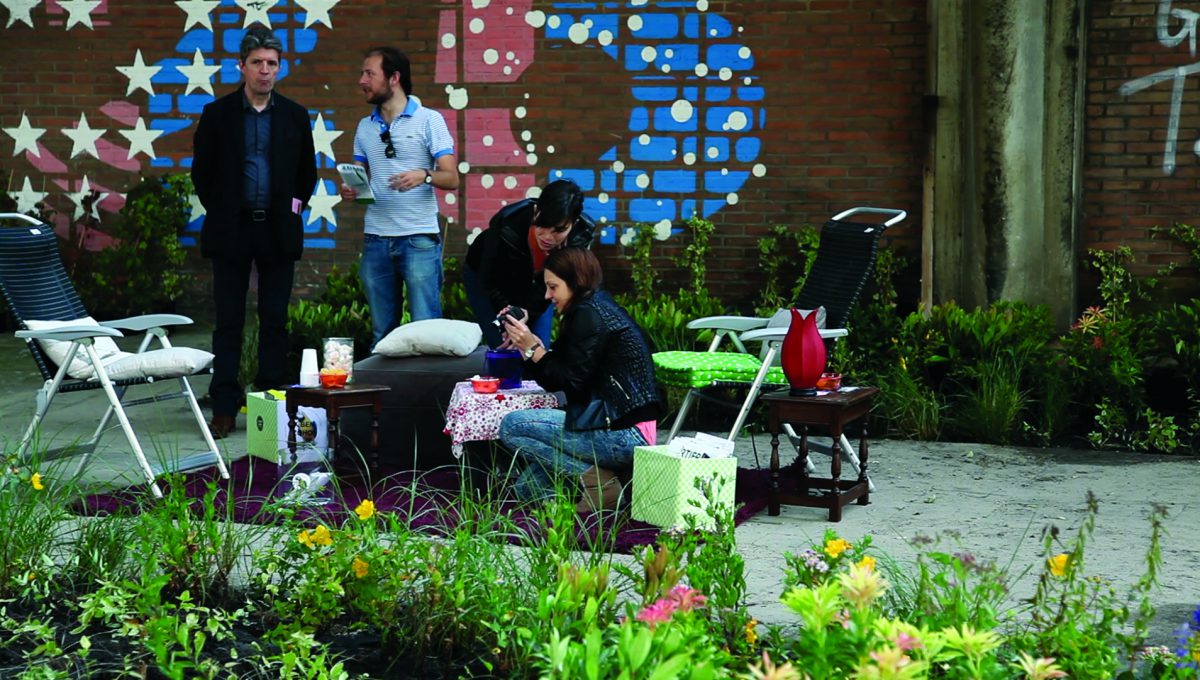 Using the lessons from the first edition The City at Eye Level, the tenants, the municipality, and Havensteder started working on improving the quality at eye level, the public realm. Examples:

1. Roodkapje, a local cultural platform, was the first “new” tenant in ZoHo. Their combination of a restaurant, art gallery and musical venue were given a temporary space in a former supermarket. On their opening night, 1500 people came and put ZoHo on the Rotterdam map. Roodkapje was invited with a temporary function for ZoHo as part of a placemaking strategy. After two years Roodkapje moved, allowing for a more permanent function.

2. Instead of having a closed façade with dormitories as a plinth, hostel “De Mafkees” invited social entrepreneurs in their plinth, from a bike repair shop to a youth information centre. This way, both the building and the area connected on a deeper level.

3. Restaurant Gare du Nord is a successful organic vegan restaurant in a former train wagon on a derelict building site. The restaurant added a movable plinth to the area. The restaurant works with staff from the neighbourhood and adopted the public green space in front of the restaurant, now used as an open-air terrace, public garden and for food production.

4. Het Gele Gebouw (“The yellow building”), characterised by a closed façade on ground level, actively opens the plinth. A pop-up cinema is active in the plinth of the building and the former garage was transformed into the Mesh Print Club (a screen-printing club). The next step will be investing a part of the rent in further opening the plinth and adding a restaurant. Only adding two doors and a new window and changing the allocation from office to restaurant would create a totally different use of the plinth: a minimum budget with a maximum result. Van Schagen Architecten, also located in the building, lead the process of outlining the necessary investments for the plinth and improving the quality of the building. Plus, in front of the building, bicycle parking was added and a parklet has taken over an underused parking spot.

5. Rotterdam-based landscape architects, Urbanisten, were asked by the municipality to make a climate adaptation strategy for the public space in ZoHo. Together with tenants, local residents and facilitated by the city, implementation started straight away. In a few days, two parking spaces and the adjacent sidewalk were transformed into a small park, symbolising the future of the area. This was only the first step of a broader transformation that also benefits the use of the plinth and the Gele Gebouw.

6. Residents from the Noord district, of which ZoHo is a part, started an area cooperation. This cooperation focuses on resident initiative to improve their area in an economic sustainable way. Money should be circulated in the area whenever possible. One of the first goals the cooperation is to improve safety. Together with the police, owners, government and tenants, social and physical analyses have been made of how to improve safety. The analyses now lead to action.