ACHIEVE THE IMPOSSIBLE,
THAT MAKES YOU GREEDY

The Vereniging Verenigd Schouwburgplein (‘United Theatre Square Association’) so successfully redesigned and programmed the square that the municipality asked the association to take other squares under its wing as well. That’s a tipping point, according to board members Bert Determann and Jeroen Laven: ‘We’re facing the question of how to handle a task that’s too big to carry out in our current capacity.’

The Schouwburgplein in Rotterdam is one of the top-10 most beautiful squares of the world, but it’s also one of the worst. Architecturally speaking, it looks fantastic viewed from above. But on the ground, the people of Rotterdam have long complained that as soon you set foot onto the square once winter has come around, you’re likely to wipe out. Moreover, for years the square was notorious as a place where troublemakers gathered.

Ten years ago the municipal council asked the nine cultural partners situated on and near the square to come up with ideas about how to improve the square. ‘We picked up the gauntlet and joined forces with residents, entrepreneurs and the municipality,’ says Bert Determann, director of operations at the Theater Rotterdam. ‘The rationale was to bring the programme from the inside to the outside and create an additional collective hall out of the square.’ 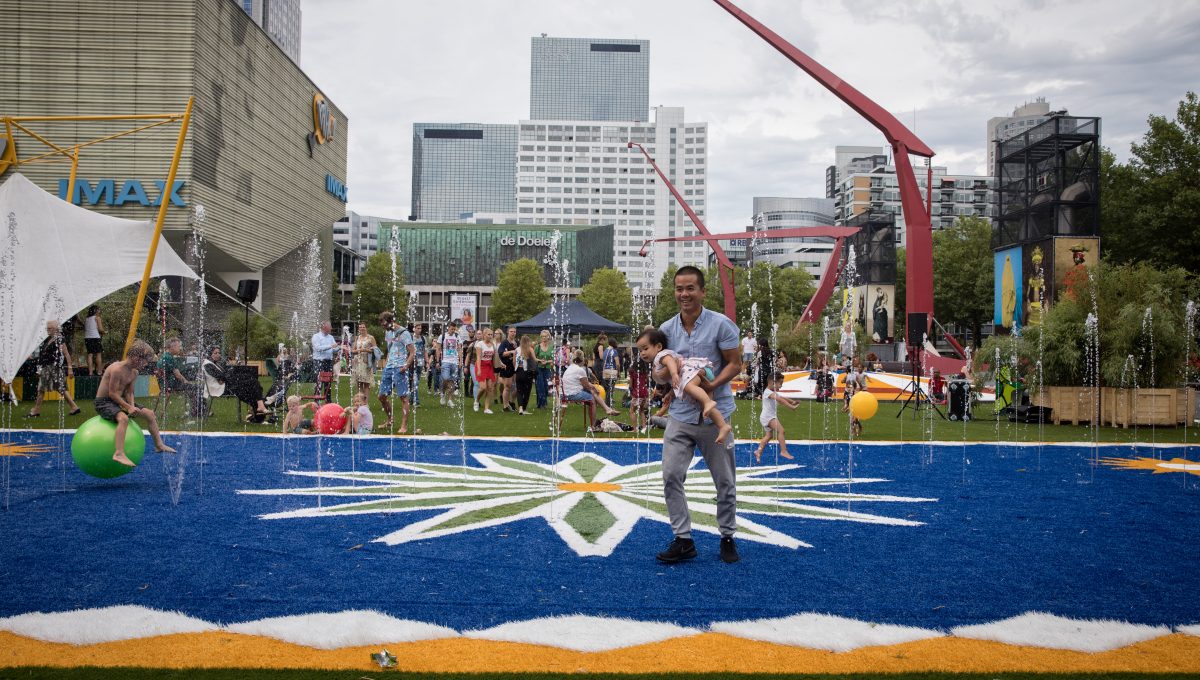 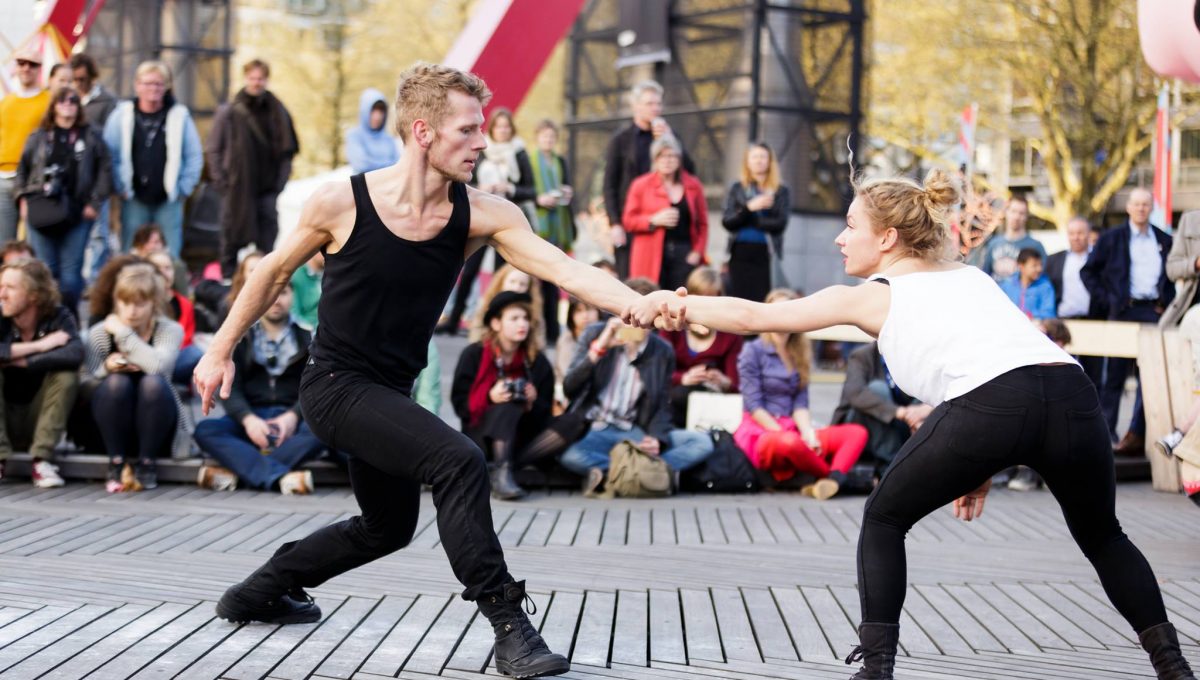 Today, however, Schouwburgplein is the biggest art platform situated in a square in the Netherlands. Ten years ago events were organised there 13 times a year on average. Now there are over 70 events a year. Two people were hired to handle the programming, one of whom lives on the square and can hear when there’s too much noise. The other one is responsible for programming the external activities with Codarts (a university for the arts), the Film Festival, Luxor, Motel Mozaïque, Circusstad Rotterdam, to name but a few. The funding is the joint responsibility of the municipality, Rotterdam Festivals, the trade association, the cultural partners and the residents.

‘Every Sunday morning, 150 people come here to do yoga,’ says STIPO partner Jeroen Laven enthusiastically as he points to the square from café-restaurant Floor in the hall of the Schouwburg. Like Determann, Laven is a board member of the Vereniging Verenigd Schouwburgplein. ‘The growth of activities has signifcantly reduced the number of complaints. The people living in the area like the events and are being well informed about them. Complaints generally arise when people aren’t aware of things, and suddenly there’s band playing beneath their window till midnight’

In addition to the programming, the association is also closely involved in designing the square. It has been spending time with the municipality and the designers to think about how to improve the way the square functions. This has led, among other things, to: trees being planted; making the high step to the square more accessible; and moving the ominous entrances to the car park to beneath the Pathé cinema. The number of outlets for water and electricity was also increased, so there’s less mucking about with generators, and a stage was built that invites people to perform themselves. The fnal feat is the largest pop-up park in the world, which opened in August 2017 and will remain for at least six months. It’s an initiative of Eddy Kaijser and Bart Cardinaal, who received tremendous support from the association.

‘Our approach is really a pioneering one compared to other places,’ Laven says. ‘That’s why the municipality of Rotterdam has asked us to also develop a programme for Kruisplein and Stationsplein. That’s great of course, but it also means we’re at a tipping point. Because how are we going to arrange all of this? The board members are all volunteers. If we’re going to do this for other squares too, then we need professionals who will need to be paid. We’re in a phase were we’re looking for answers to the question of how to handle a task that’s too big to carry out in our current capacity.’

‘What we’re doing here is public-private partnership 2.0,’ Determann adds. ‘We get involved at the administrative level with what’s happening on the square, and so far our opinion has been appreciated. Once we take it a step further, then the ownership will essentially be transferred to us. In some respects that would be a good development, but it’s quite a stretch. As an association, we have to address questions such as: what kind of a business model is behind this square? The interests and targets of these different squares are often miles away from each other. The Central District, for example, focuses much more on business companies and is the entrance into the city, while we’re attempting to make the square much more of a place where people want to spend time. Perhaps the Central District has to incorporate more of a sense of community into its plans, whereas we should become more business-like. That’s what we’re looking into right now.’ 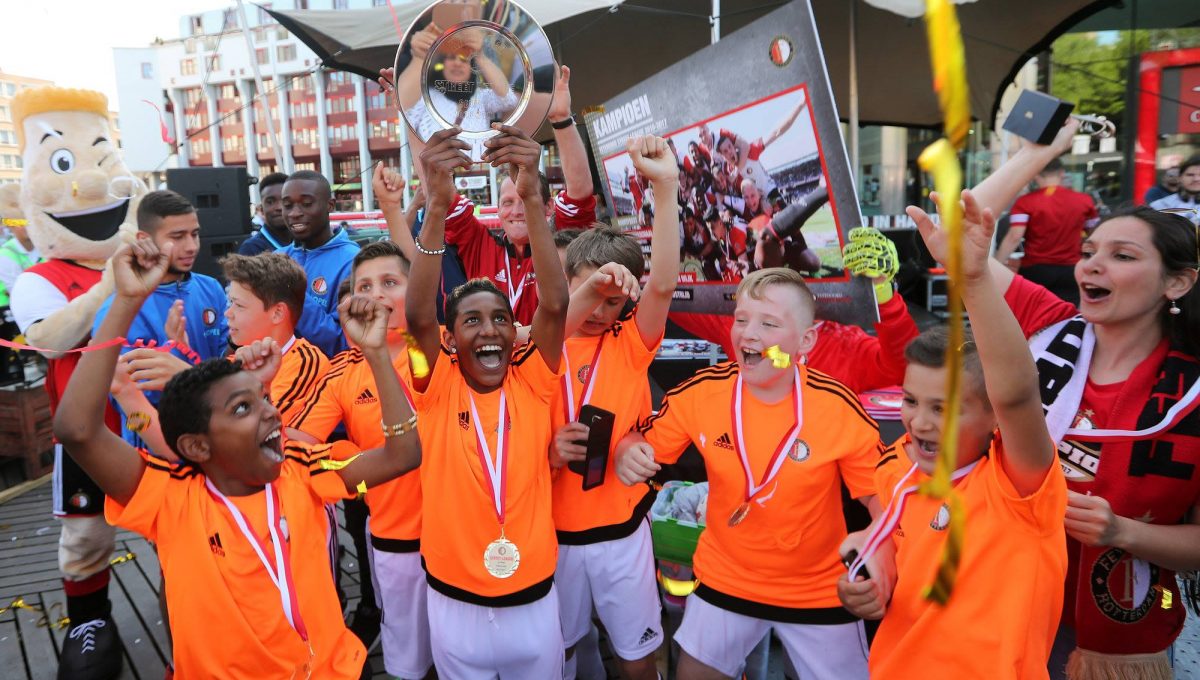 The structure and composition of the association has made it possible to do things that otherwise would never have been possible. Laven cites as an example the artwork of a major waterfall that they wanted to install against a blind wall. ‘Usually, that’s super complicated because all of the resident associations own a piece of the wall, and of course the architect has a say in the matter too. Because everyone was represented in the association it was a piece of cake. That makes you greedy. We can’t wait to do more, but the system has not been laid down yet to the extent that we can plug into it easily.’

The Schouwburgplein, for example, was the frst square in the world to be included in ‘7 Square Endeavour’, a collaborative project that aimed to prepare 7 cities across the world for a sustainable future. ‘In two years,’ says Laven, ‘the coating of the car-park roof will need to be replaced. Of course, we want to do that in the most sustainable way in the world, and the municipality undoubtedly agrees that this is a good idea. But in the meantime, Pathé is planning to replace the façade. So if we were to tell Pathé: what a great façade, but it has to be 100% sustainable, then that won’t work, because let’s face it, they have their own ideas about how things should be done. We’re already really happy that Pathé is willing to invest in its façade.
Indeed, Pathé’s branch manager sits on the association’s board, but these kinds of decisions are taken by central management. The challenge is to enhance the interaction between all of these players. If you push it too much, you’ll end up forcing things.’

‘Sometimes our plans are premature,’ Determann acknowledges, ‘but sometimes you need to push them through a bit. Our golden tip, based on 10 years of placemaking experience is: start small and never lose sight of the subject matter. Save grand and spectacular for later. First prove yourself.’ 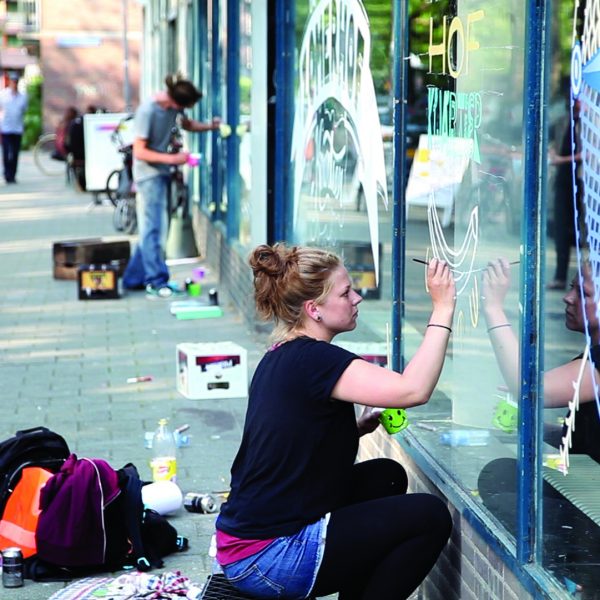 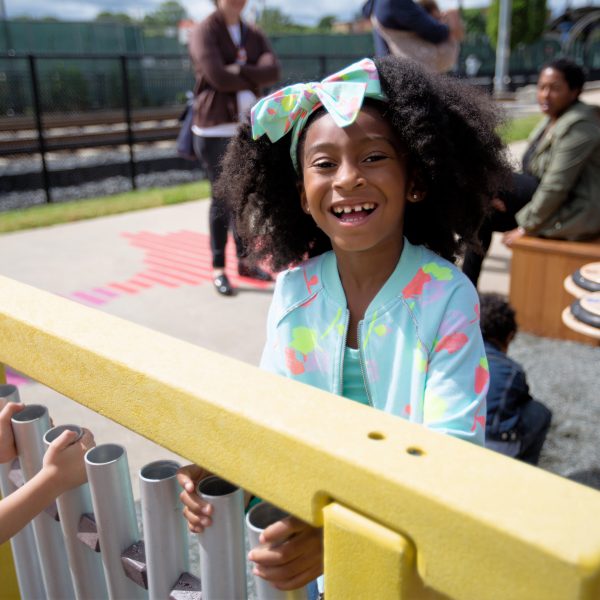