Biking the Streets to Independence

The fresh air in my face and the feeling of independence! There are no words that can describe how I felt when I biked with my baby boy for the first time. After several months of transporting myself and Rikke on foot, by public transport, or by car, I was happy to mount my bike again. Had I ever felt so happy on my bike? In the child seat in front me, Rikke would point and talk about things along the way. We saw neighbours, beautiful flowers, trees, dogs and, oh, Rikke also liked to point out the biggest cars. In this first period, in the front seat, he had a great view of what was going on in the streets. He helped me push the button for cyclists at the traffic lights and learned that a red light means stop. He absorbed it all!

We’re talking about the Netherlands in the 1990s, before the boom of cargo-bikes and balance-bikes.

As with most Dutch children, Rikke received his first bike as soon as he could walk. It was a colorful wooden velocipede on four little wheels with a shelf as a seat. Our boy criss-crossed through the house and the garden, but it soon became obvious he needed something more adventurous. This ‘something’ was a purple-white trike. He would ride in the garden, on the sidewalk in front of the house and in the nearby park. The trike had a box on the back, ideal for toting sand, stones, branches and other treasures that young ones encounter in the neighbourhood. 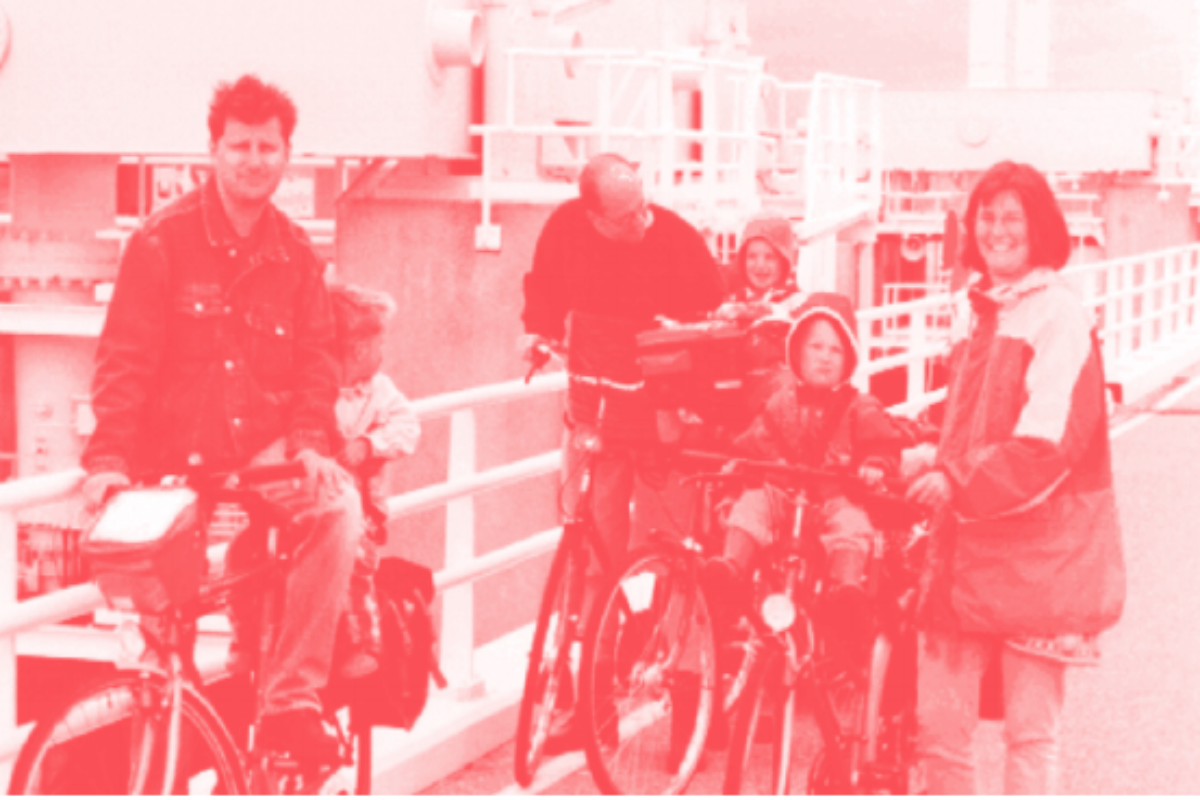 When my second child, Sofian, could sit properly, the three of us mounted my trusty bicycle; now with Rikke at the rear child’s seat. Even though Rikke could see less, he continued engaging in a conversation about the surroundings and other important toddler topics. The neighbourhood streets were calm, which facilitated our relaxed riding style, and arterial streets had protected cycling lanes. Even though I lowered my seat for more security, I felt on top of the world when riding my upright bike, sandwiched between my children.

Then, before I knew it, it was time for my oldest to start riding a conventional bicycle with training wheels. Rikke rode on the sidewalks while my husband or I pushed the stroller – sometimes several meters ahead, or somewhat behind; depending on the mood.

Before the age four, Rikke was ready to have the training wheels removed and he started to practice balancing, steering, and stopping on the sidewalk of quiet streets and parks. Once he could handle the bicycle a bit better – especially making a complete stop – we started to go on Sunday ventures, riding side-by-side on quiet streets.

Until Rikke turned six, we would ride side-by-side for the 3 km journey to school. We would take a longer route through neighbourhood streets because there was less traffic, vehicles were moving at a lower speed and the one dangerous intersection to cross was signalised. This daily trip along the same route allowed our son to develop his cycling skills, his knowledge and understanding of traffic, and, gradually, his literal and figurative space apart from us. He was allowed to go further ahead and learn to deal with situations while we were still close by to intervene whenever needed. We also cycled the streets together to after-school activities, the supermarket, and to a friend’s place. When with friends, the children played outside, cycling and scootering on the sidewalks along low traffic streets and in the park. Nothing special, just roaming around and cops-and-robbers style role playing, yet without our constant supervision. I am not saying that giving your child this trust is easy. It is essential for your child and yourself to build it step-by-step, so that trust can be given and gained. Seeing how this gained trust and raised level of independence makes your child grow and prosper is a fabulous reward.

By the age of ten, Rikke was allowed to cycle to school on his own. I would leave the house a few minutes later with Sofian riding next to me. Sofian, by the way, as an independent bicycle rider, was a totally different case from his brother. Finding his balance on the two-wheeled bike was difficult, so we used to take him on a trailer-bike for our daily travels until he felt comfortable enough to ride on his own.

At this age, Rikke was also allowed to bike home from the houses of our neighborhood friends. Their parents would phone us, “Rikke is on his way home”, so that we could estimate when to expect him. Allowing him to gradually grow his world – from close-by environments, to more challenging circumstances – empowered him to eventually cycle independently to and from secondary school by the age of 12. Benefits? The freedom of reduced chauffeuring responsibilities, and a confident, active child who grew up to be the student that he is today, continuing his daily cycling habit. 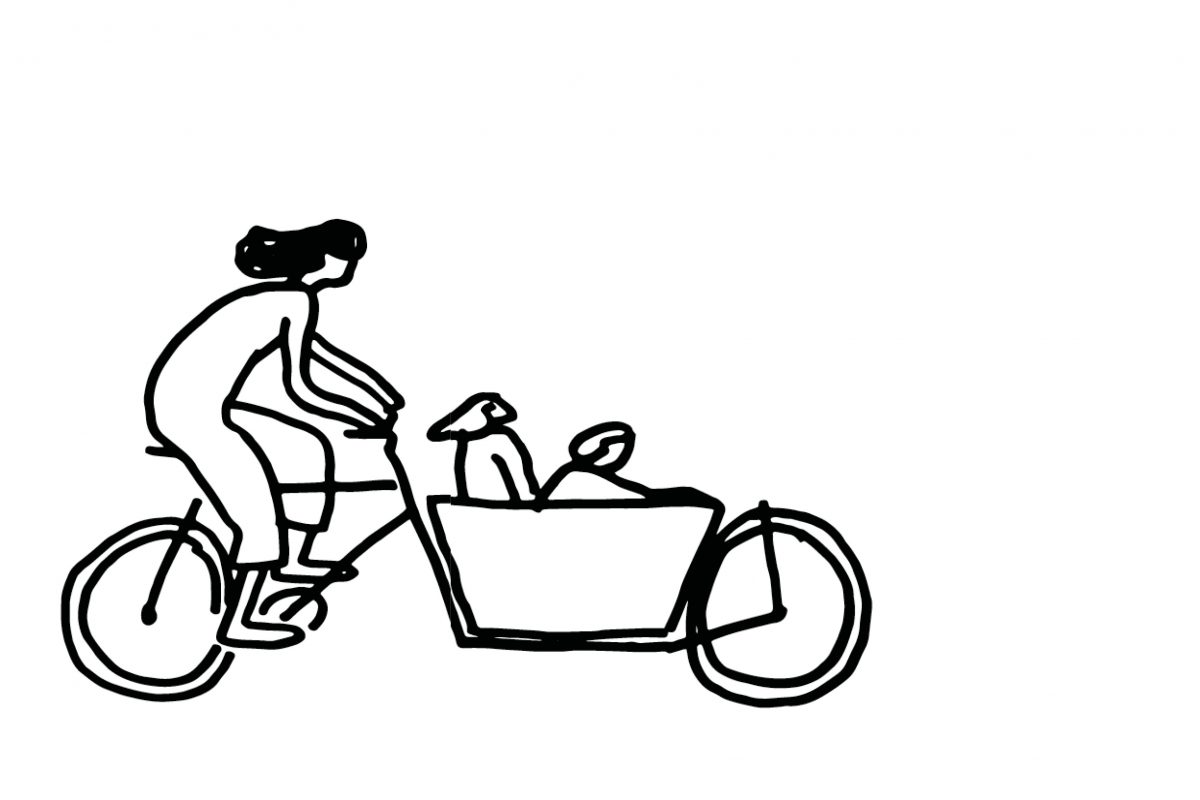 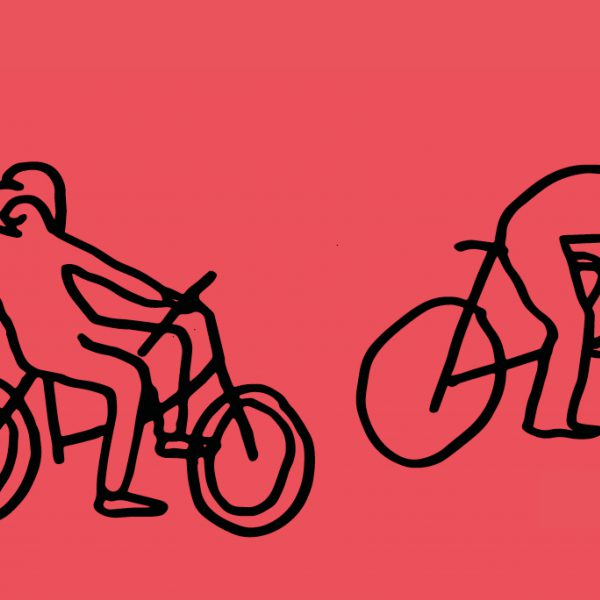