CLUB RHIJNHUIZEN
IS THE PERFECT EXAMPLE
OF MAKING YOUR OWN LUCK

In 2015 the municipality of Nieuwegein approached a number of parties to start thinking about the development of Rijnhuizen, a business park 80 hectares large which, with 100 owners, had become an extremely fragmented property plagued by vacancy. Most of the buildings were in the possession of local owners/users that occupied one office building with its surrounding grounds. The park was built next to the old village of Jutphaas and consisted, with the exception of a handful of original residents and a secondary school, of mirror glass offices from the 1980s.

The municipality wanted to deal with the vacancy problem by transforming the area into a residential-business area, but how do you go about that when there are so many different owners? The municipality agreed with the owners that they needed to find an area manager that would be responsible for both designing and promoting the area. 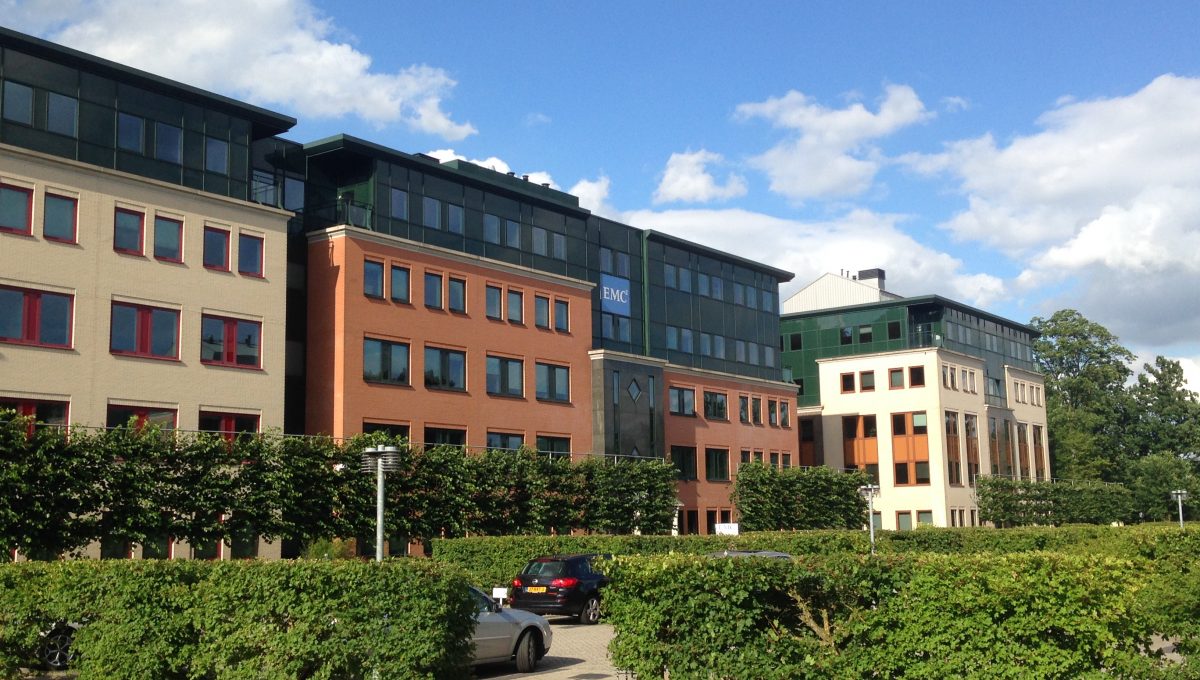 Location marketer Emilie Vlieger from Vliegerprojecten and public developer Hans Karssenberg were both asked to make a pitch for the assignment. After the presentations, someone said: actually you both complement each other well. Why don’t you do this together? ‘That was well spotted,’ Karssenberg says. ‘A superb idea. Emilie focuses more on the location marketing and I focus on the area development and financial strategy.’

‘We immediately organised a kick-off meeting for owners, entrepreneurs and stakeholders, Vlieger says. ‘At the meeting we told the group what we expected from them: that we would all develop this area together. We made a presentation about the history of the area and about its special places, such as the oldest fort in the Dutch Water Line and the Rijnhuizen Castle, which is a listed monument. At that first meeting, we already started drawing in patios on a map.’

One of the companies made a space available for future meetings, called it the clubhouse, et voilà: Club Rhijnhuizen was born. 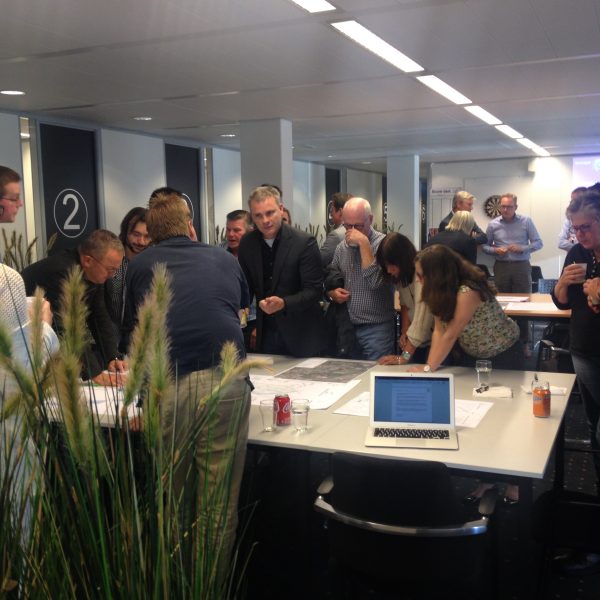 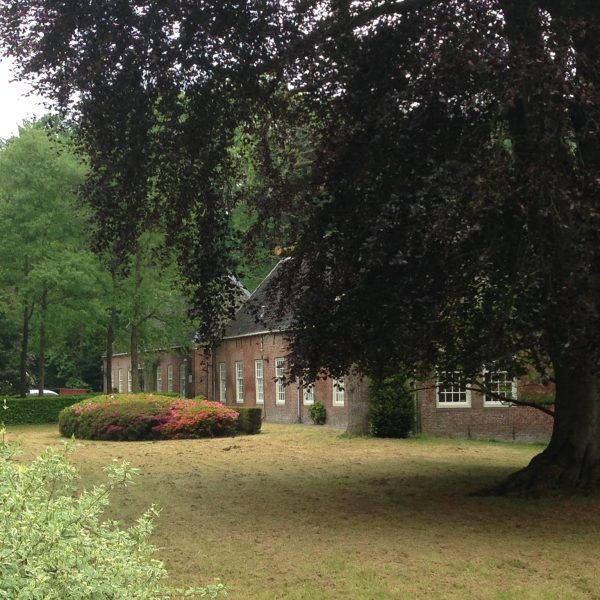 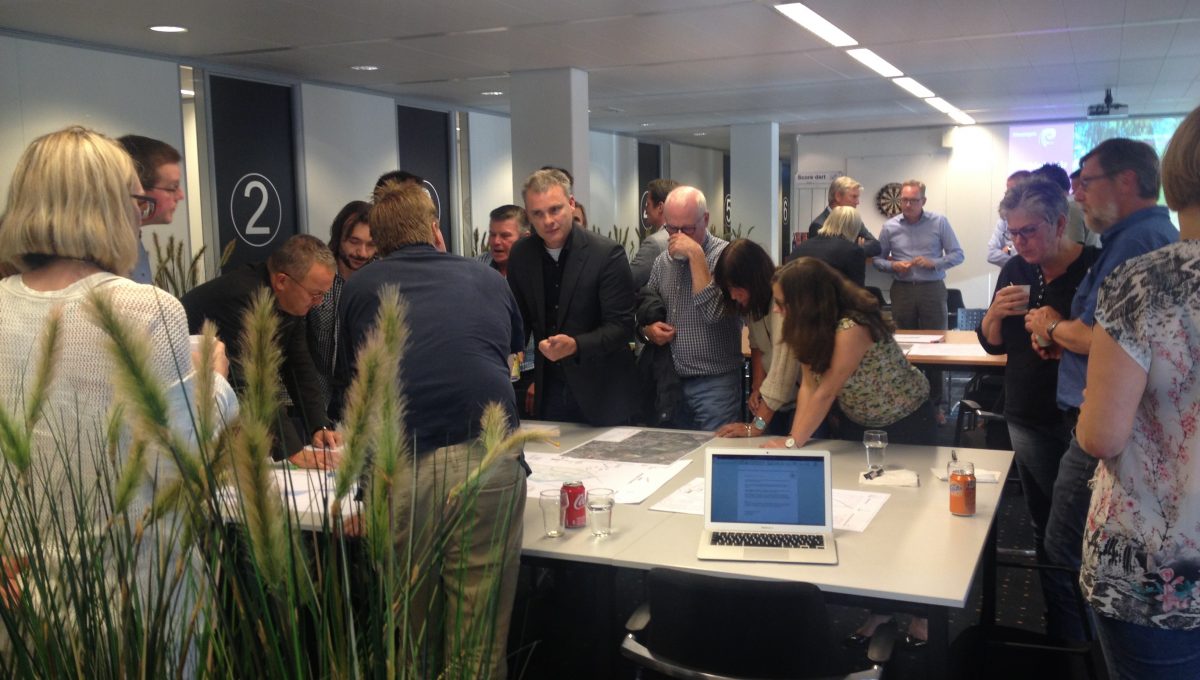 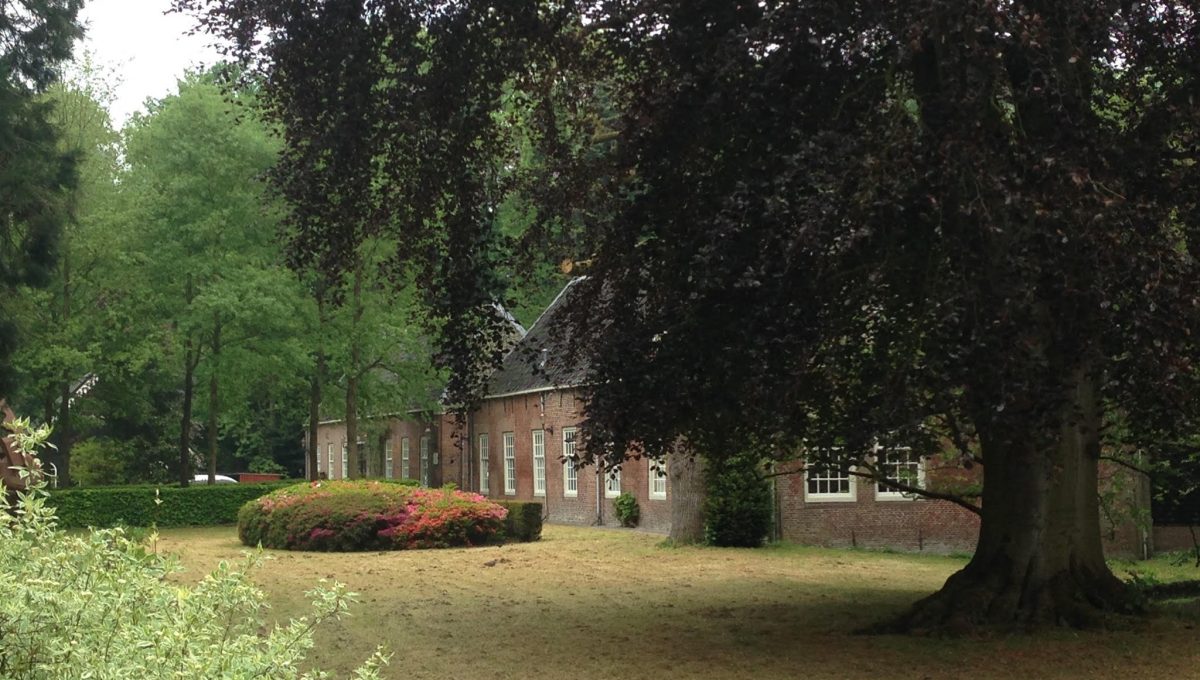 One of Club Rhijnhuizen’s tasks is to promote the area. ‘Nieuwegein doesn’t have a good reputation,’ Vlieger explains, ‘even though it’s green here, there are special places and it’s close to Utrecht. We want people in the surroundings to realise this and head this way. To show them everything that there is to see here, we organised activities with the Club such as Heritage Day, historical walks, cycling tours and this year, for the first time, the Rijnhuizen Run, a 5 km run through the area.’

Vlieger and Karssenberg were quick to conclude that placemaking stood to generate massive gains, because at the start you couldn’t walk around the fort as sheep grazed there, there were no meeting places and the infrastructure was geared towards heavy goods traffic instead of families with children.

‘Together with the club members and the municipality, the Club has now decided that the area needs to have 10 “really great places”,’ Karssenberg says. ‘We don’t know where yet. It’s an organic area development, so we’re monitoring places that are the first to prove themselves to be dynamic. We started a placegame in which we examined the criteria needed for a good place. What do we want here? Some good ideas came out of that, such as a swing for two at the most romantic place by the water, a playground and information signs about the fort.’

After the workshop, a ‘pleasant place’ team was set up that managed to secure some grants. Three months later, the first steps had been taken, and new, wilder ideas emerged. For example, the team is now testing the waters to find out whether the fort watchman’s house can be made available for free to artists, so that they can provide programming in return.

Another example is a large, green area where Kondor Wessels and BPD are set to launch a project in two years’ time. ‘In the meantime, we want to use the land to bring attention to the area in a different way, Karssenberg says. ‘We held a contest, and the winner is now going to create temporary green workplaces there and the largest Tiny Houses village in the Netherlands. Kondor Wessels and BPD are fully involved in this. The fact that developers can get together with existing stakeholders and secure funding for placemaking is unique.’

Club Rhijnhuizen now has 260 members, and interest in the area has increased dramatically. ‘In the first year, we had a handful of interested people,’ Karssenberg says, ‘but at this point I’m showing a new developer around every week, and there are barely any plots left where something isn’t already happening. Of course, we’ve also had a windfall in that the housing market in Utrecht went up as much as it did, but it’s also the result of the recognition we’ve received from industry, as well as the Club’s tremendous energy.’

The extent of the impact was evident when Rijnhuizen Castle was at risk of being sold to a Chinese property developer, who wanted to build offices and residences in the back garden. ‘We were extremely disheartened by this development,’ Karssenberg says, ‘because the castle is one of the most beautiful parts of the area. We expressed our concern during one of the club evenings, which is how Ubbo Hylkema, former director of the State Monument Preservation Agency of the Netherlands, heard about it. He’s extremely enthusiastic about what we’re doing here. That’s why he informed his brother-in-law, who had just sold his energy company, about the castle. And that’s how it happened. Now we’re talking with him about the possibility of opening the garden to the public so it can become part of the park. A nice example of how, as a Club, you can make your own luck.’ 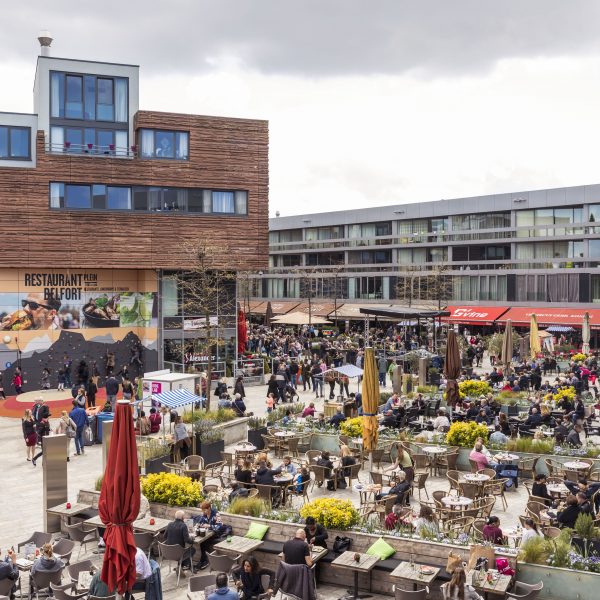 THE BELFORT SQUARE: FROM A BLEAK SQUARE TO A BOOMING RESTAURANT HUB 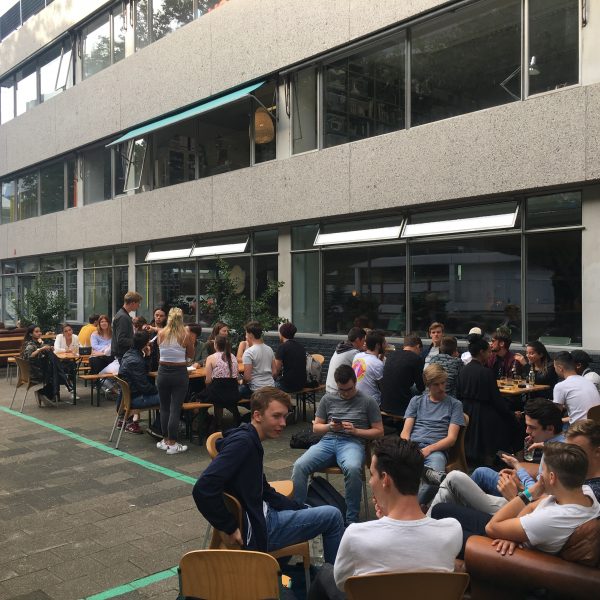 HARVESTING THE INCENTIVE FOR A GREAT ZOHO AT EYE LEVEL