DOING IT TOGETHER SIMPLY
RESULTS IN A BETTER PLAN

‘A kind of military handbook, that’s how people were inclined – rightly or wrongly – to use the old guide,’ says city centre programme manager Gavin van Osnabrugge. This guide was the practical offshoot of the Space for Space masterplan in which the municipality of Groningen laid down its vision for public space in the city centre and which has been part of the comprehensive Better Inner City plan since 1993. In the past 25 years, this masterplan’s approach has been applied to all issues related to the design of public space. But in recent years, support for it has dwindled. Many believed the framework was too rigid and provided insufficient latitude for customisation. ‘The pressure on public space has increased,’ Van Osnabrugge says, ‘and today society is making different demands on the city centre as well. At the same time, urban development has to ensure that the cityscape remains cohesive, especially in light of the upcoming series of redevelopment projects. So the time had come for an evaluation and a review.’

In the framework of that process, the municipality invited STIPO to organise a three-day masterclass called ‘Placemaking in Groningen’ in the summer of 2016. It gave colleagues at the municipality an opportunity to gain experience in thinking about the city centre as a system, in analysing locations and in applying strategies to involve users (residents, entrepreneurs and visitors) in the development. The outcome of the masterclass was the foundation upon which the municipality of Groningen and LOLA Landscape Architects developed the new design guide for the city centre (see box).

‘We are using a kind of Plan-Do-Check-Act sequence,’ Van Osnabrugge explains. ‘We have a project, apply the guide, develop a concrete design and from that point on we ask ourselves: okay, how is this going to work now? We’re very aware that the city has benefitted a great deal from the Space for Space masterplan, but we want to manage public space in a more flexible way now. The new guide should outline the scope but also provide sufficient latitude to make diversity possible.’

Part of the guide is a kind of toolbox, and placemaking is one of the tools. ‘It helps us to safeguard our approach for the future because the guide has a shelf life that exceeds the 4 to 5 years usually needed to plan a project. Another tool that we explicitly want to include in the guide is returning the sidewalk to the city, so that residents and users of buildings can use it to profile their identity – that which happens behind the façade.’

Last year, the municipality carried out a number of experiments in the city and used those experiences while developing the guide. The redevelopment of Astraat/Brugstraat, which began in September 2017, is one of these initial ‘carefully considered experiments’. ‘Every day, 25,000 cyclist and 10,000 pedestrians travel down that street,’ Van Osnabrugge says. ‘Sixty-one per cent of the visitors to the city centre of Groningen come by bike. That’s partly the result of the fact that we have been indulging cyclists. But we’re starting to reach the limit when it comes to parking facilities for bikes and effectively combining different kinds of traffic. Indeed, increasingly there are conflicts with pedestrians. So now we’re saying: we want to prioritise the pedestrian. We had to get used to thinking from the notion of where we want to go and how we want to achieve something, instead of gearing our plans to an existing situation.’

That inspired the idea to use the concept of shared space and alternative bike routes to give pedestrians more space. As a result, Astraat/Brugstraat were transformed into a paved ongoing route consisting of a sequence of places and street segments, where the bicycle path transitions to places that focus much more on visitors.’

‘We know from previous experiments – in Folkingestraat, for example – that shared space works when alternated with the flow of traffic,’ Kalfsbeek says. ‘When it’s busy, the cyclist will wonder: “hey, where’s my space?” And in this “confusion”, he’ll cycle very slowly, get off, or choose a different route. That’s what we’re looking for: we want to create a feeling that prompts people to make those kinds of decisions instead of placing a sign that bans cyclists in these kinds of streets on Saturdays, for example.

For the development of the new guide, it was important to first analyse how the city actually works. That produced a few standard measurements, such as a (hybrid) driving lane about 3.5 metres wide for emergency services, heavy goods traffic and cyclists, and an obstacle-free space for pedestrians about 2.5 metres wide. Together, these two determine whether there’s any remaining space, and if so, how much space will be left over for the sidewalks. The emphasis is on freeing as much space as possible for pedestrians. The fact that the streets have not been asphalted and have no kerbs underscores once again the priority given to pedestrians.

‘To find out how much latitude you have, you need to assay these kinds of things first. We drew a map in the guide which shows what we really need for the city to function and how much free space we subsequently have left. And regarding the latter, we said: it would be great to link that up with participation.’ 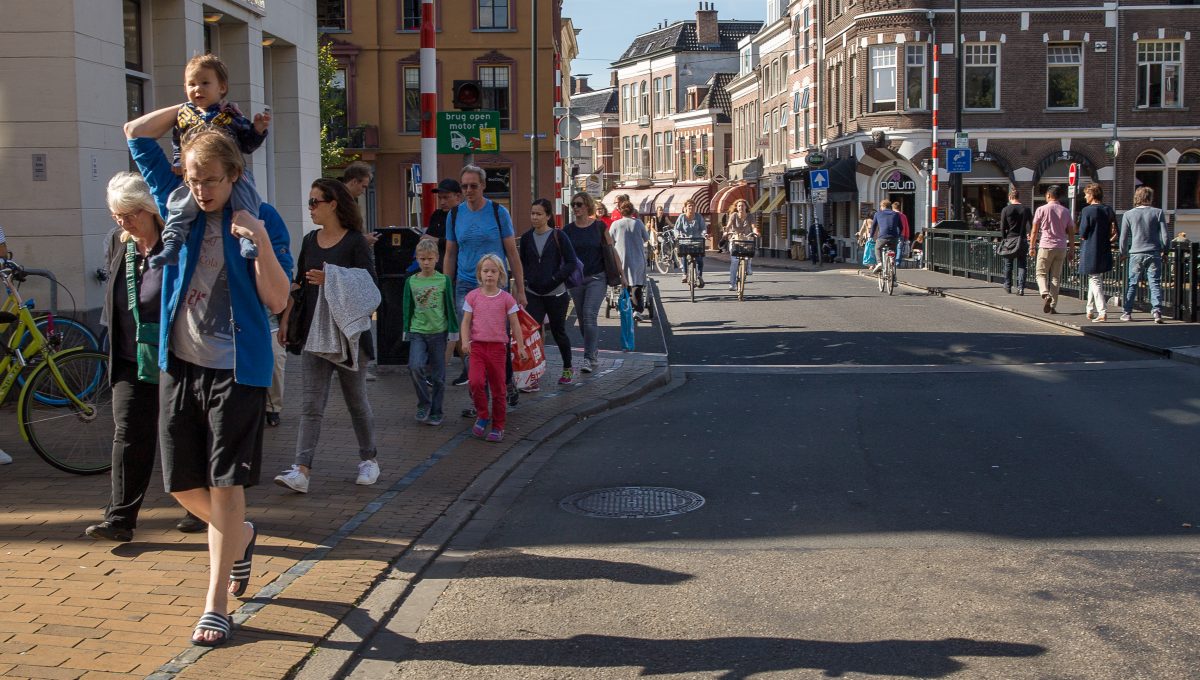 ‘These are the places where we can apply placemaking in a highly specific way,’ adds Van Osnabrugge. ‘For example, on Minervaplein, where the art academy is located. During the placegame a “place team” was created there. It included entrepreneurs, residents and the location manager of the
Minerva art academy.’

‘We recently visited the director of Minerva,’ Kalfsbeek says. ‘Together we looked at how we can focus the long-term plans on what they want and what we want for the city centre. We decided that this place could become a real platform for the city. And by talking about it, you find yourself having completely different conversations as well. The Minerva building is extremely inwardly oriented. Now they’re also going to start thinking about how they can connect their building and the public space better, for example by creating an attractive, open entrance to the restaurant in the front.’

‘It’s promising,’ Van Osnabrugge agrees, ‘to see that by thinking together about where you want to go as a city centre you also strike up other conversations at the level of individual property development about what’s happening in the plinth.’

‘Doing it together simply results in a better plan,’ Kalfsbeek concludes. ‘I also think that’s what makes the “place teams” and involving target groups so special. In the past, we used to individually discuss plans with people, but now that we get everyone round the table together, we understand each other’s needs better.’

This design guide is expressly not a handbook that prescribes how and what should be designed. Rather, it’s a guide containing basic choices. Inspiring examples and design principles ensure that one doesn’t have to keep reinventing the wheel. The provided frameworks guarantee cohesion and recognisability in the city centre, but they also provide sufficient space for streets and neighbourhoods to create their own identity. The guide presents design principles, areas of concern and emphases for each type of street or square. The actual implementation can then start to take shape in partnership with local residents and other stakeholders. 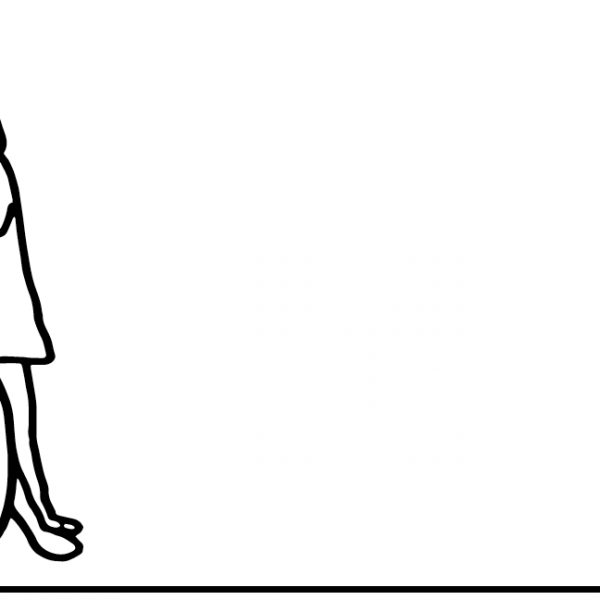 Biking the Streets to Independence