How a community farm saved the last village in Hong Kong 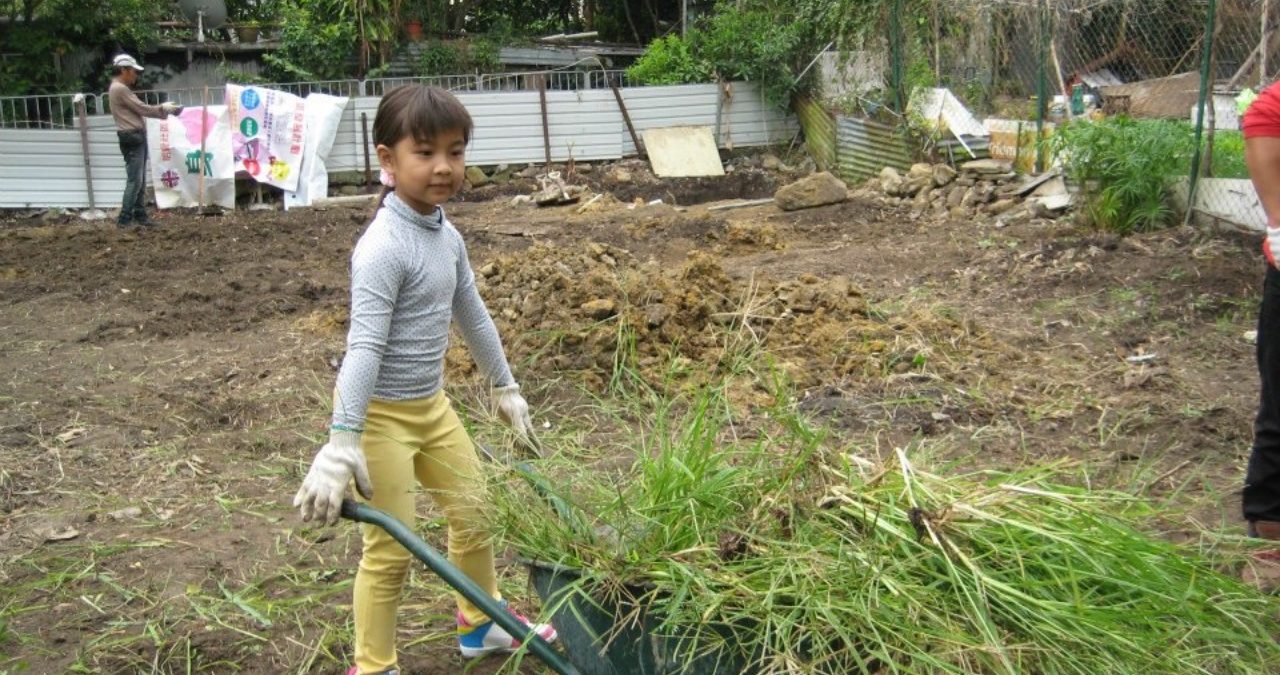 Pokfulam Village is an extraordinary sight in Hong Kong’s urban jungle. Perched on a hillside in the west of Hong Kong Island, with narrow laneways meandering around traditional houses, Pokfulam was home to the first dairy farm in the territory, playing an important role in the history of Hong Kong. No longer surrounded by farmland, the village atmosphere and tight-knit community have remained amidst the high-rise developments surrounding the village. Yet, despite its rarity and significance as a custodian of Hong Kong’s cultural heritage, the 200-year-old village is now under threat of demolition.

A SURVIVOR OF HONG KONG’S PAST

Whereas villages in rural parts of Hong Kong are left largely undisturbed, Pokfulam Village has had its fair share of government interference. Home to a population of more than 3,000 people, sitting on a piece of four-hectare land, the village is possibly the largest area still suitable for development in the district. No surprise then, that the villagers are living under the constant fear of demolition. A 2014 World Monuments Fund study explains: “Pokfulam is a remarkable survivor of Hong Kong’s past, but it is facing pressure from urban redevelopment plans, including a proposal to convert unoccupied dairy farmworkers’ dormitories into high-density housing. Also, stringent squatter control policies make it hard for villagers to repair their dwellings.”

Villagers felt the threat particularly in 2011 when the government put up plans to build a road connecting the main artery, Pokfulam Road, to nearby plots zoned for upmarket residential buildings. The new road would cut straight through the village. For Pokfulam, this was the first real sign of development pressure in more than a century.

In response, the community jumped into action. Caritas Pokfulam Community Development Project, a local NGO rooted in the village, identified the plots that were destined to become the road. They started working with locals to transform the plots into places that villagers care about so that it would be more difficult for the government to bulldoze the area. 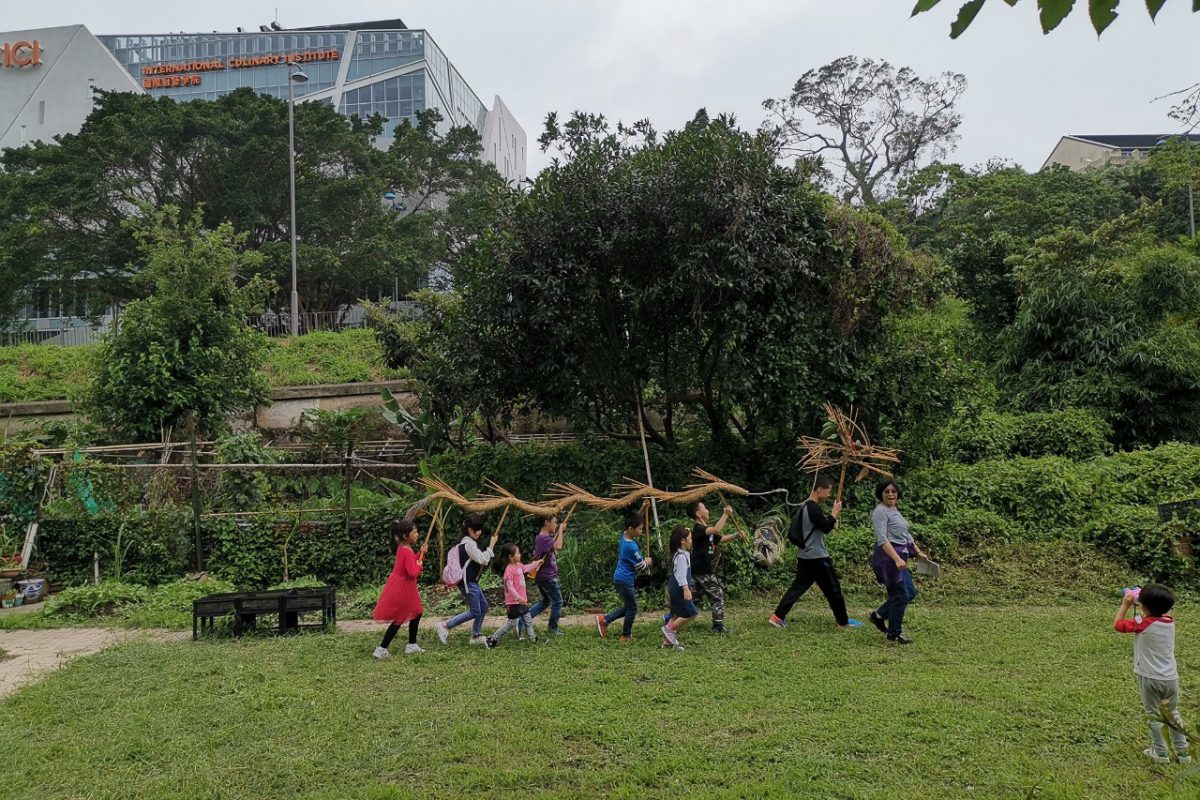 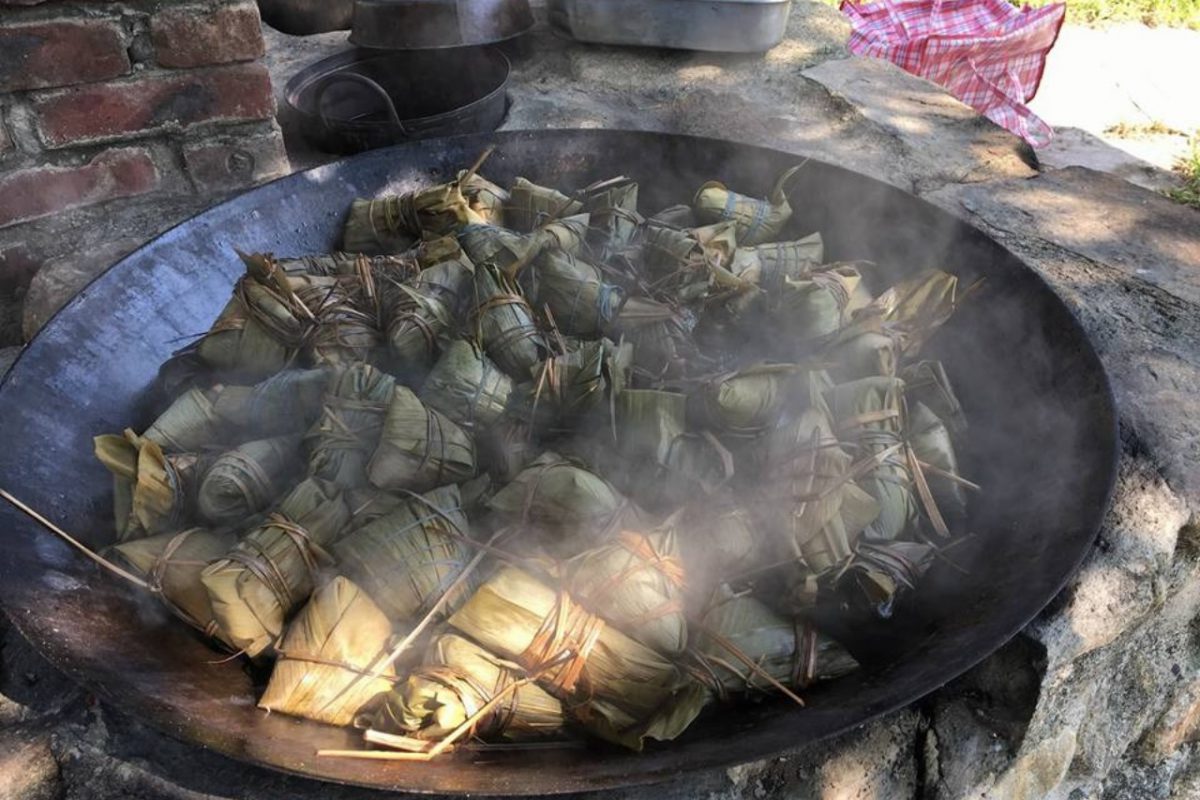 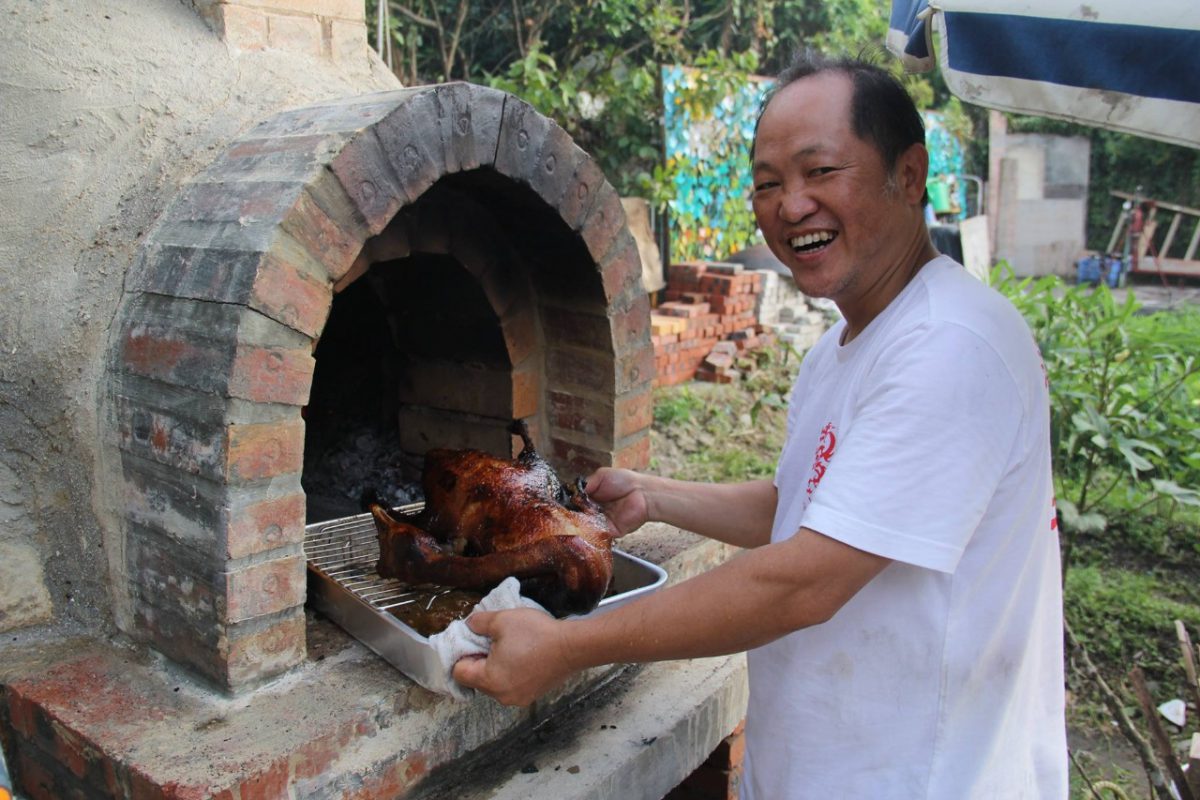 Co-creation was the principle underpinning the project. The villagers decided on the design and use of space. Starting in July 2012, it took a team of 40 people ten months to transform 4,000 square feet of wild grass and shrubs into a place the community could be proud of. When it opened in April 2013, the community garden, known as Choi Yuen Tei 菜園地 (vegetable farm) quickly became the new heart of the village. Its significance and impact can be attributed to:

In its heyday Pokfulam Village was surrounded by acres of fertile farmland, feeding over 80 cattle and producing fresh milk on the property. Although the agricultural function is long gone, the village lifestyle and its rich cultural traditions have been maintained through generations, a rarity in cosmopolitan Hong Kong. Pokfulam is the only remaining original village in the urban core of the city, yet few Hongkongers know about it. The ones that do generally perceive it as an obscure and backward area, rather than the interesting cultural phenomenon it is.

For local residents, the farm has become a place to rediscover their roots and practice their village life loud and proud. Amidst plots with herbs, turnip, winter melons and soybeans, the farm also features a ‘Farmer’s Kitchen’ with an authentic stone-and-brick kiln, a firewood stove and a traditional millstone.

Management and maintenance are all in the hands of a designated committee, but once a year all villagers gather for grass clearing. Reviving a long-lost practice, traditional festivals such as Mid-Autumn and Tuen Ng are now celebrated with potluck dinners bringing together people from all walks of life.

Unlike other rural villages in Hong Kong with typically homogenous populations, Pokfulam Village is home to people from different Chinese ethnic groups and backgrounds. This extraordinary mix of culture and traditions in a unique urban setting would be treasured in many places around the world, but not here. A 2007 survey by Caritas showed that one-third of the villagers showed signs of depression or low self-esteem. Some were even ashamed of being Pokfulam villagers.

These days, with the revival of the community garden and associated activities, villagers gather more frequently, encourage each other to practice their culture and start to realise their communal spirit and lifestyle are something to be proud of. The urban farm has also brought positive attention to the village, attracting thousands of weekend visitors. The sentiment has changed: “Finally, there is a decent place in the village where we can welcome our guests and showcase our culture.” In just a few years, the villagers’ attitude towards self-identity and their personal relationship with the village has been turned around.

❝Finally, there is a place in the village where we can welcome our guests and showcase our culture.❞

Ten months of hard work bonded the residents. Their active involvement in the design of the place and physical input in the building process were crucial and created an unparalleled sense of ownership. “If we can achieve this, nothing will ever be too difficult for us,” embodies the newfound spirit of the village. The garden is a place to channel their sense of belonging. The creation of Choi Yuen Tei has proven to be a turning point in the history of Pokfulam Village. Once a piece of abandoned farmland, now a constant reminder of personal strength, urban resilience and capacity to shape the future.

As the villagers worked, others started to take notice. In 2014 Pokfulam Village became the first Hong Kong site to be included on the World Monument Fund Watch List. In 2015 the government agreed to fund revitalisation of the former Dairy Farm staff quarters, a nearby heritage site. In the same year, the Pokfulam Fire Dragon tradition was inscribed in the city’s Intangible Cultural Heritage List, making it an instant hit at Mid-Autumn Festival, attracting over 6,000 visitors.

The road-building project has been stalled, demolition is off the cards for now and the community has shown that Pokfulam Village is an enormous cultural asset to the city. 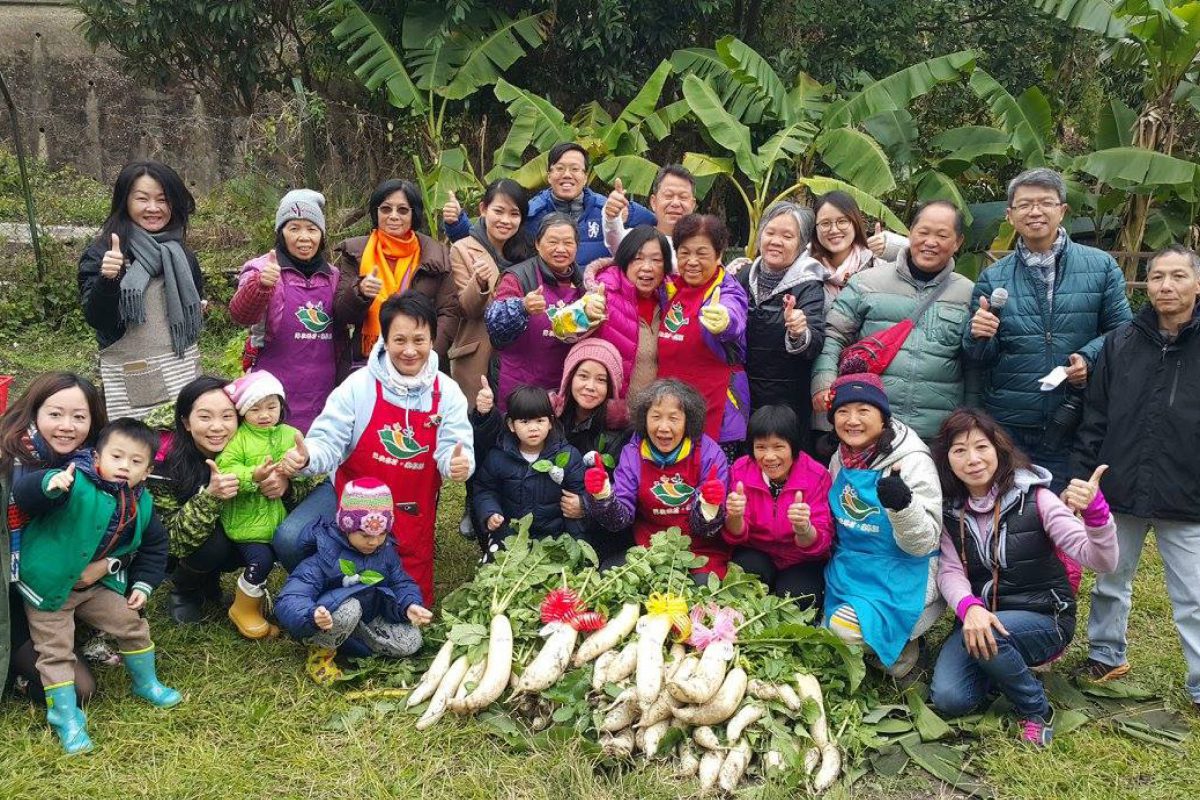 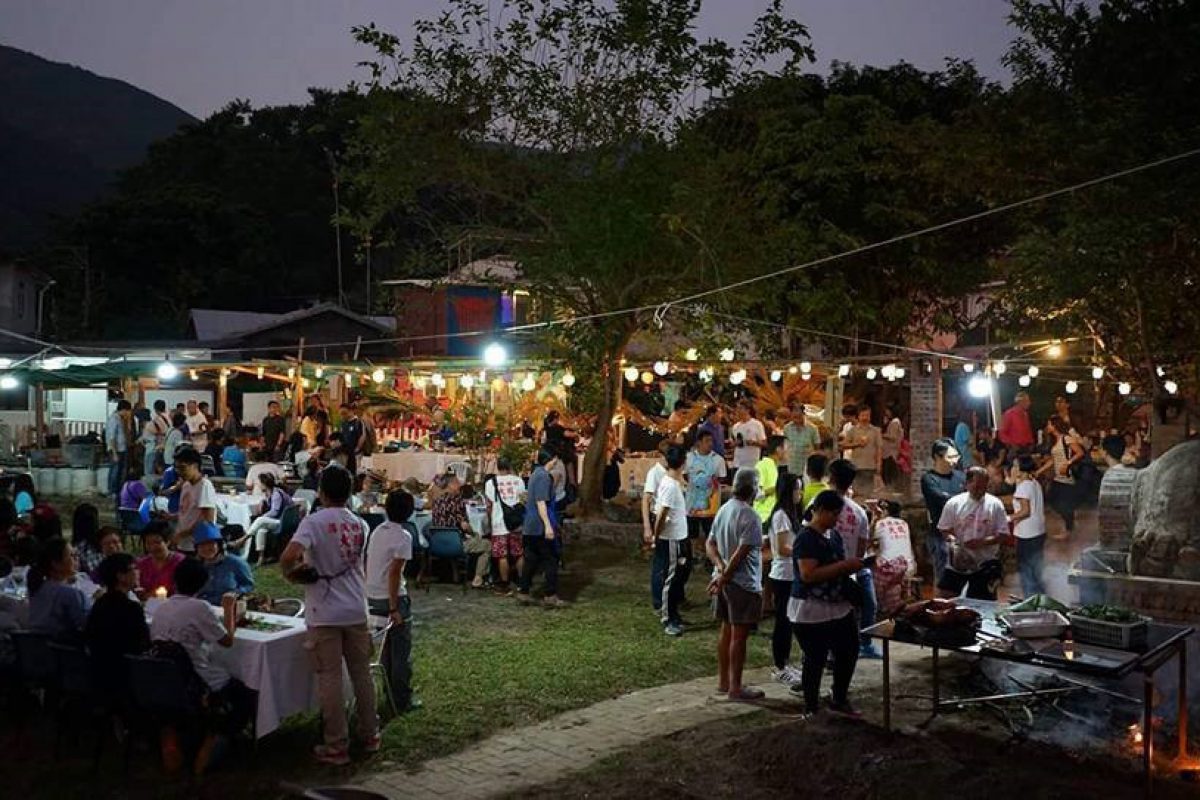 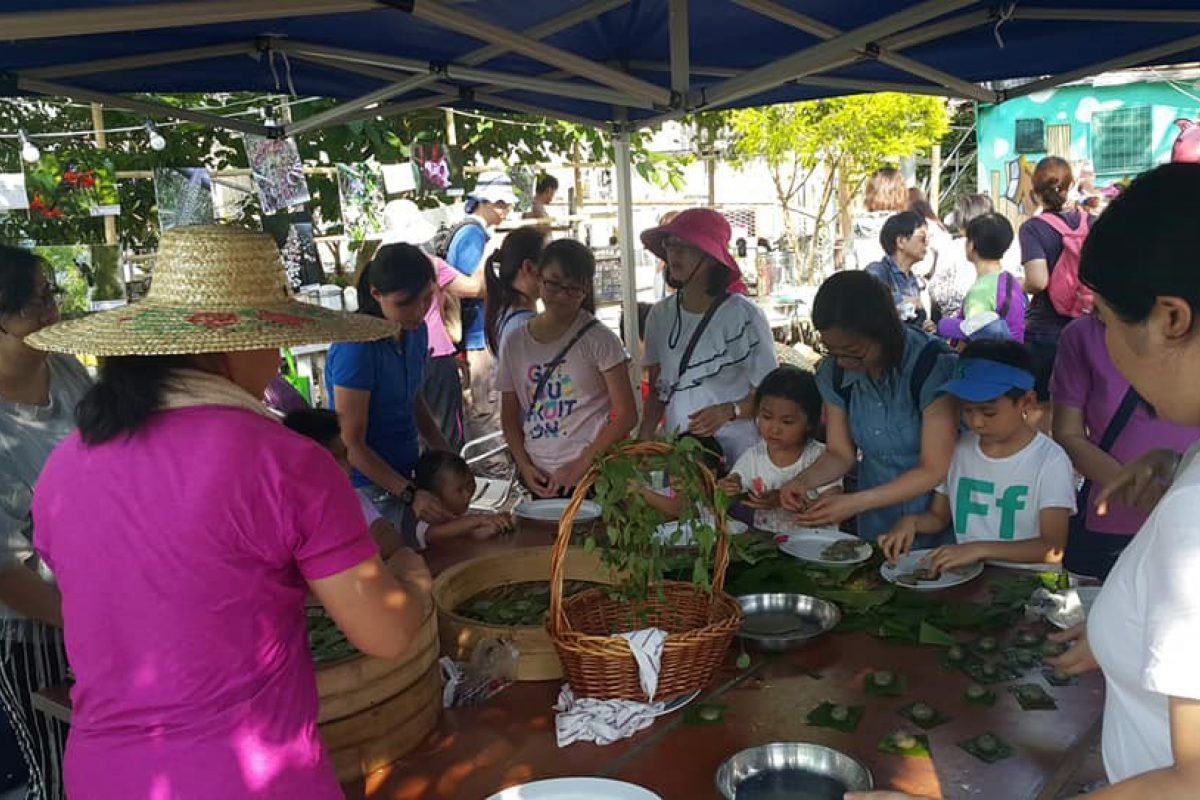 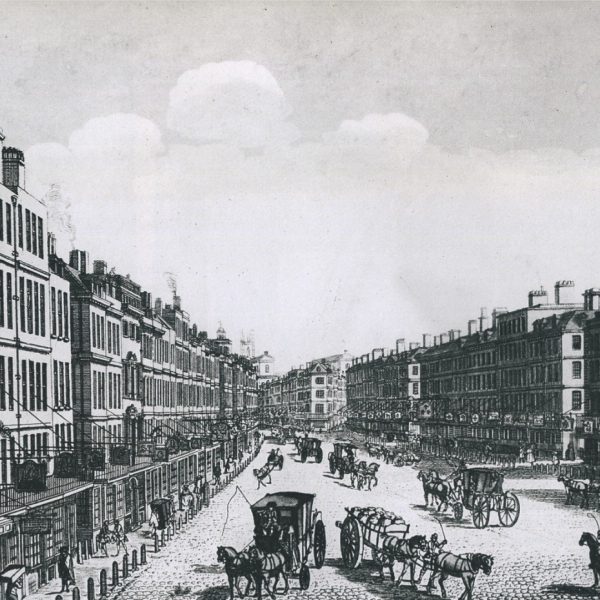 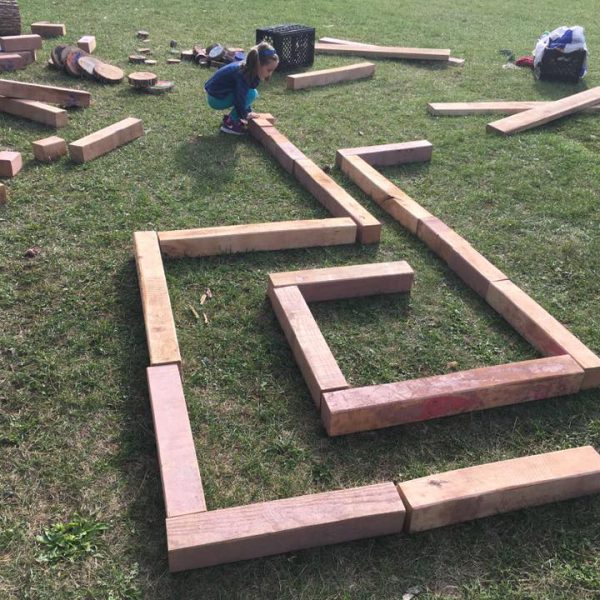