IF STREETS ARE THE YARDSTICK OF SUCCESS, CHILDREN SHOULD DO THE MEASURING

Striving for a different future, in which people – and especially children – can discover the joy of streets without cars is the motivation behind our Open Streets programme. This initiative is originally inspired by Bogota’s Ciclovia, where more than a hundred kilometres of the city’s streets become car-free on a weekly basis for families to run, cycle, walk, and explore together. Open Streets has gained traction throughout different neighbourhoods in Cape Town as shutting down streets, even on a temporary basis, has proven to be a powerful experience for children and adults alike. It was this passing comment, among many others, that strengthened our resolve to continue our work to inspire the different future:

I was talking to a young girl of 13 or 14 after the first Open Streets Day in Observatory in 2013. She said, “On a normal day, in the street, you’d probably be killed.” I will never forget that remark.

More poignantly, however, that young girl’s remark carries the weight of all pedestrians, and especially children pedestrians, who use our streets. It supports the chilling statistics documented in a report released in August by ChildSafe South Africa: around 1,300 child pedestrians were killed on South African streets in 2017.

Tim Gill, author of Rethinking Childhood (2017) and advocate for child-friendly cities writes: “I remain convinced that a city can only truly say it is succeeding if children – all children – are active, visible, and engaged users of its parks, playgrounds, streets and civic spaces.”

If the mark of a city’s success is the presence of children on its streets and in its public spaces, what would be the indicators specific to South African cities? How would we measure the success of our cities, and, by extension, the success of our streets? Perhaps we should be asking children directly.

Streets are the arteries of our cities. They should be public spaces that connect people. But the reality is that cities, and streets, in South Africa are hostile places designed almost exclusively for motorised vehicles. What do we need to do to ensure that our streets are not only safe but are also conducive for people, especially children, to thrive?

We know that kids want to play freely and move through the streets without fear of danger or, worse, death. Could this be the golden thread that influences the design of child-friendly streets?

Safety on the street is one critical aspect, but there are many other elements that contribute to streets that enable children to play, walk, gather and learn. It is imperative for streets to offer inclusive spaces that people of all ages, not only children, can enjoy. Moreover, it is necessary that streets allow children to move freely by any means, whether on bicycles, on foot or on public transport, and to guarantee that children can access the services and help they may need in their daily lives.

The UN reports that 70% of the world’s population will be living in cities
by 2050. This has significant implications for how we design our urban environments in terms of mobility, access to hygienic infrastructure, decent housing, and economic prosperity. Adding to this, a 2017 report released by Arup reflected by 2030 approximately 60% of people living in urban areas will be under the age of 18. Considering this, the imperative to create healthy, sustainable, and free urban areas for young people becomes even more heightened.

CHILDREN AT THE CENTER

The solution is to start, literally, from the ground up: by designing streets and cities from a child’s eye view. What do they see? How do they experience traffic, street furniture, or way-finding aids? Can they use street infrastructure easily and independently at every stage of their development?

But one critical component in designing for children is also placing children at the centre of our collective thinking around street design. We will be doing that at the upcoming Street Indaba Open Streets event on 19 September 2018, where designers, planners, advocates, and others will explore how we can place children at the centre of building an inclusive and sustainable city, using local and international examples as case studies.

Working with children and youth enables design practitioners and urban planners to understand more about what young people want from the streets they use. Most likely, this will be far removed from their reality. In one example, research by ChildSafe South Africa in 2018 revealed that 70% of children walk to school. Of those, 4% spend more than an hour getting to and from school each day. Are those routes safe? Can we shorten the on-foot journey? How can we design public transport to improve their experience?

Getting to school and back is just one aspect of a child’s experience on the street. Other elements, which raise similarly pointed questions, include safety and security, sports and recreational spaces, education about streets, and exposure and interaction with arts and culture. It is possible, but this requires a commitment to position children at the centre. Further, to achieve this, it is essential to listen to their opinions and to implement design policies and decisions that accommodate what they need — and not what we as adults assume they require.

These are the metrics, the indicators by which we can judge the success of South African cities. When children play, experience culture, commute and gather on our streets, move freely, and interact without fear in public spaces, then we will be able to join a growing global list of cities that are prioritising children in the design approach. And when a 13-year old child celebrates life on the street daily, rather than fears death, we know that we have succeeded in our mission. 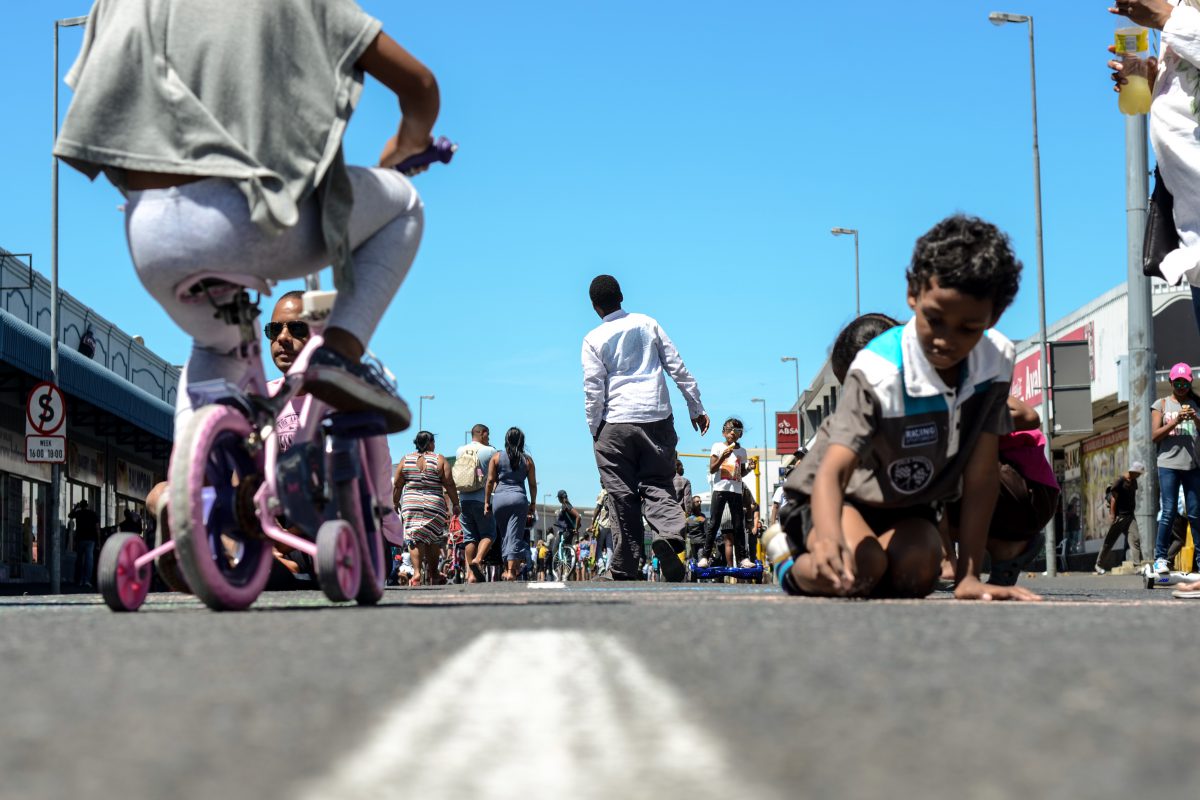 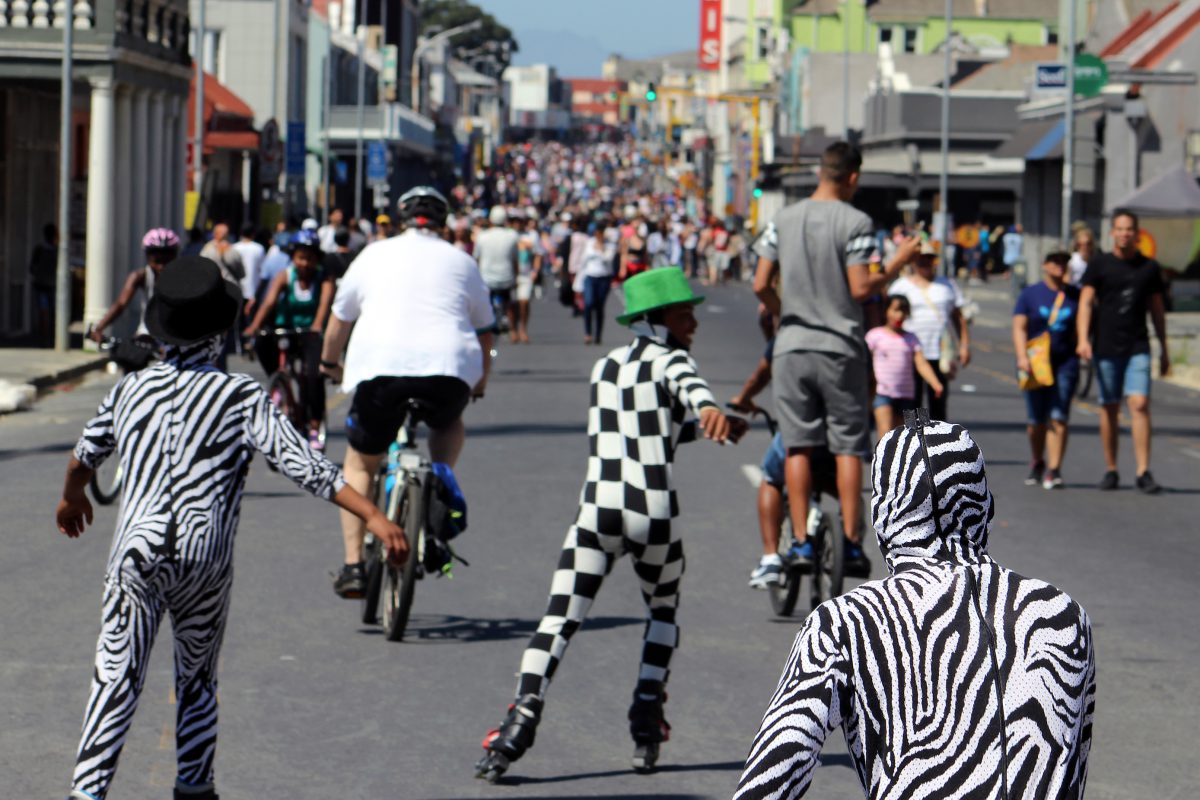 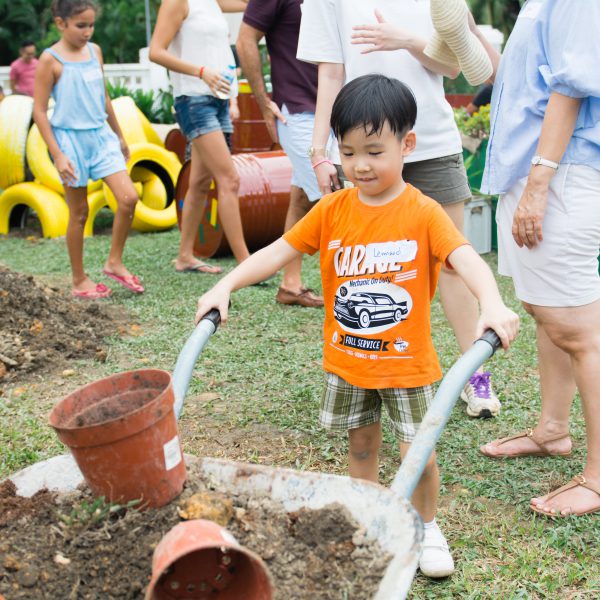