This case study focuses on the SynOikia Pittaki project, created in 2012 in Athens, during times of economic crisis, urban decline and social turmoil. The project constituted a participatory light installation and artistic interventions aiming to, literally and symbolically, ‘illuminate’ an abandoned street through citizens’ engagement. SynOikia Pittaki was a micro-experiment of urban revival that tested cross-sector collaboration, open co-creation processes and the power of light to transform degraded public spaces. It tackled inclusivity in terms of including creative groups in the placemaking process and engaging citizens to co-create a homely public space where everybody could feel at home. The project was initiated by Imagine the City, an informal network of citizens focusing on urban regeneration, and was developed in partnership with Beforelight, a creative group focusing on light design. It was initially sponsored by the ‘Reasons to believe in a better world’ campaign of Coca-Cola and supported by the Municipality of Athens in terms of permits and technical support.

Pittaki street was selected as a micro-paradigm of Athenian urban decline: a gloomy industrial alley, lined with warehouses and empty shops, which marked a dead zone during the day and served as a public urinary after dusk. Yet it’s direct access to Ermou, Athens’ main shopping street, it’s historical links to antique dealers selling light fixtures and its proximity to the required electricity infrastructure, provided an appropriate framework to host the SynOikia installation. In Autumn 2012, through door-to-door campaigning, social media and press announcements, inhabitants of Psyrri and wider central Athens were invited to donate old light fixtures in order to co-create a bright example of urban revival. For a period of two months, an abandoned shop on Pittaki Street was converted into an open workshop where the light fixtures were collected, weatherproofed, wired, and strung together. Over 150 chandeliers, lanterns, metal lamps, bell shades, glass bowls, colourful light fixtures were gathered, resulting in a colourful bright canopy that covered Pittaki street. Parallel to the light installation, murals with pastel colours were painted along the walls of Pittaki street, transferring homey images of private spaces to the public space. On the night of the installation inauguration, a street party under the rain marked the transition of Pittaki Street to a brighter future. 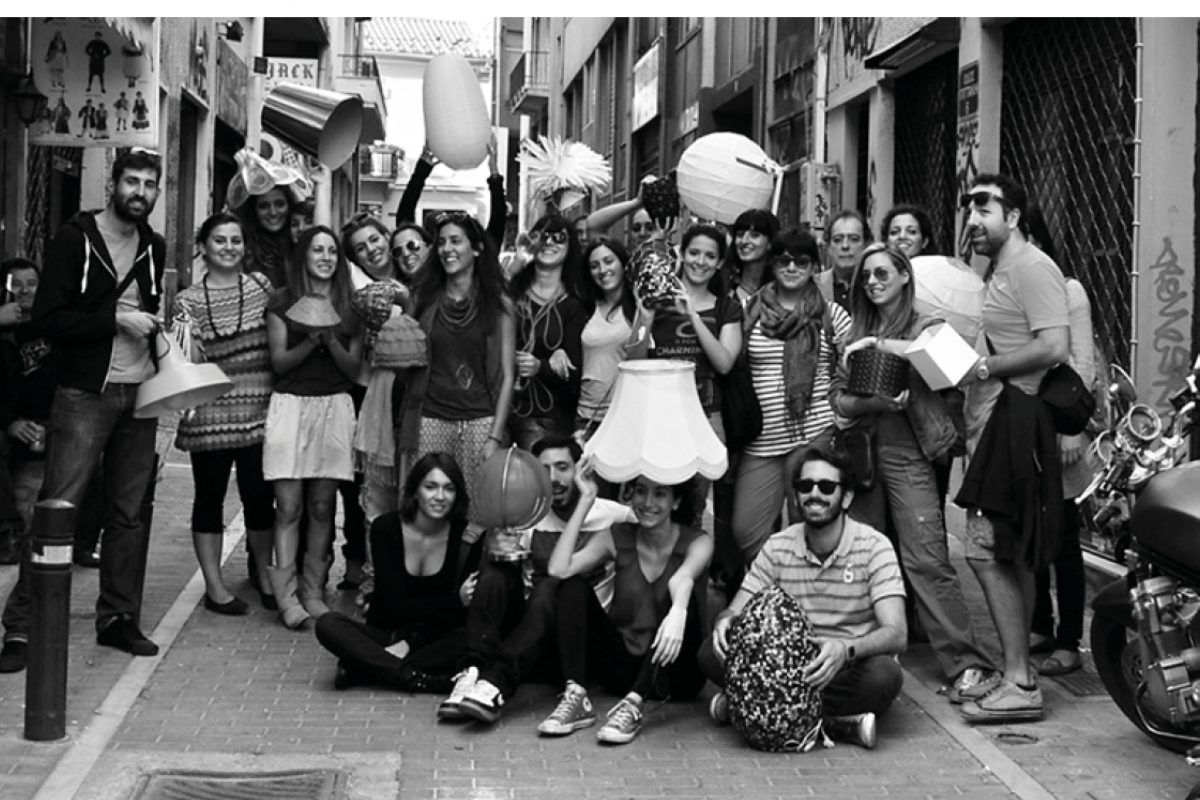 The gloomy alley was thus transformed into a popular promenade, attracting curious bypassers who faced the urban surprise with their heads up and smiles of amazement. The restoration of the foot traffic made the life of residents safer, significantly reducing disorderly behaviours in the area. A sense of local pride and ownership of this ‘common’ artwork was generated within the local community. Soon, SynOikia Pittaki was covered by international media, recommended by travel guides as a contemporary cultural sight and became one of the most beloved and photographed spots of Athens. It sparked the flourish of new businesses in empty stores and the return of inhabitants to the neighbourhood; it mobilised community activities such as mural painting, urban dinners and street parties and served as a source of inspiration for new urban interventions and artistic works in the city.

Though initially planned to remain on Pittaki Street for six months, the installation ended up surviving six years, thanks to the community component and maintenance work that were covered by production companies using Pittaki Street as an urban filming set. However, despite community pressure on the Municipality of Athens to officially ‘adopt’ the installation (through regular requests, gathering of signatures, positive votes in the local council etc.) the Municipality did not provide the resources to support further maintenance work and was unable to take responsibility for the electrical maintenance and civic liability of the installation in the long run. At the same time, Pittaki street was being taken over by a private concept cafe which rented multiple empty properties and started hijacking the installation with extravagant seasonal decorations, undisturbed by the municipal authorities.

The abuse of the project symbolic value for private gain upset the local community and the lack of resources for technical restoration led to the malfunctioning of the light installation, raising safety concerns. In order to avoid phenomena of further aesthetic disintegration and political instrumentalization of the project, an open discussion was organised on Pittaki street in June of 2018, inviting stakeholders and inhabitants to discuss the deadlocks faced. Despite extensive media coverage of the issue, this final public call did not result in a practical solution for the long-term sustainability of the installation. In August 2018, the people that had created SynOikia Pittaki back in 2012 took the responsibility to switch off the Pittaki lights forever and deinstall the colourful canopy. 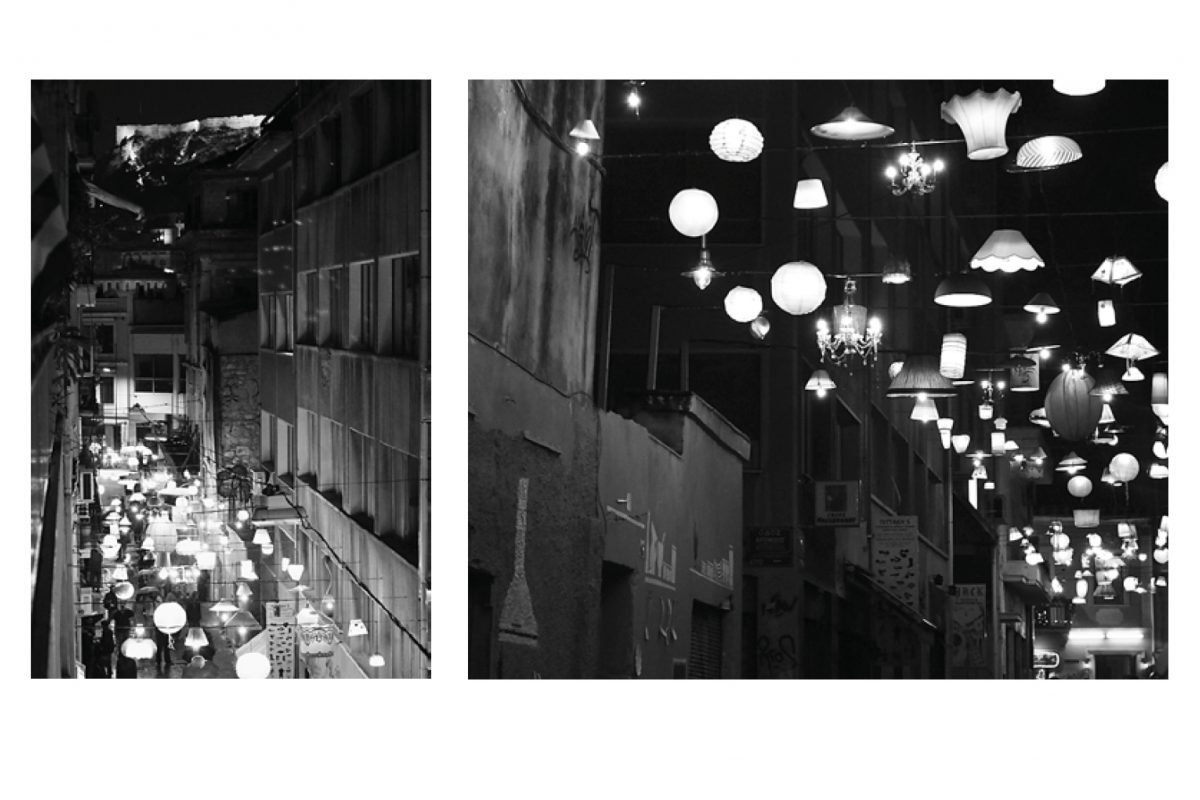 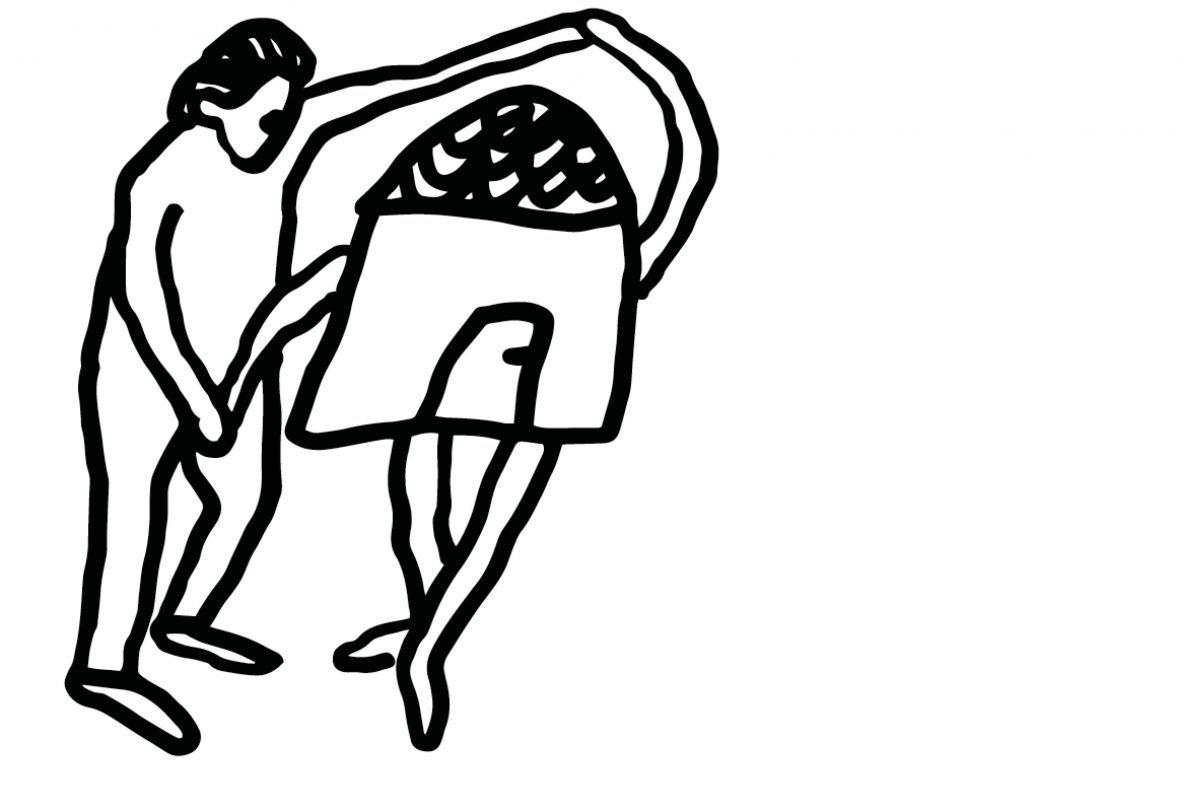 Having successfully demonstrated both the possibilities and the limitations of bottom-up urban interventions in the Athenian framework, the SynOikia Pittaki experiment came to an end, once again capturing the local Zeitgeist: if in 2012 it symbolised the creative resistance of bottom-up movements, in 2018 it marked the end of an era of missed opportunities for the Greek capital, which now faces the risk of exchanging inclusivity and civic participation for the lure of touristic investments and gentrification.

The legacy of SynOikia Pittaki lies in the ‘precedent’ it created for Athenian civic initiatives, in the knowledge it generated and in the synergies that it sparked, which are already bearing fruits in different contexts, cities and projects. 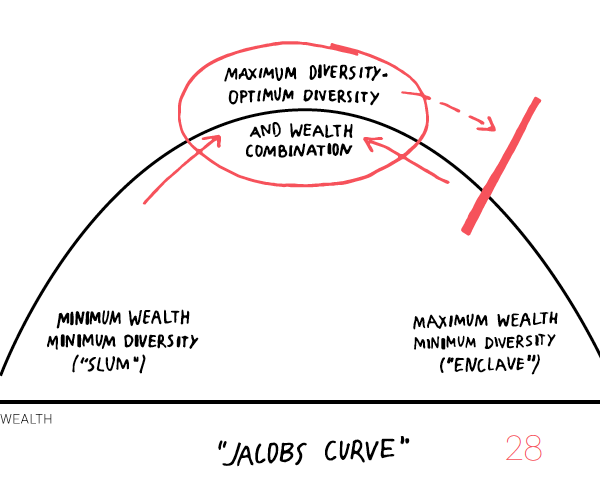 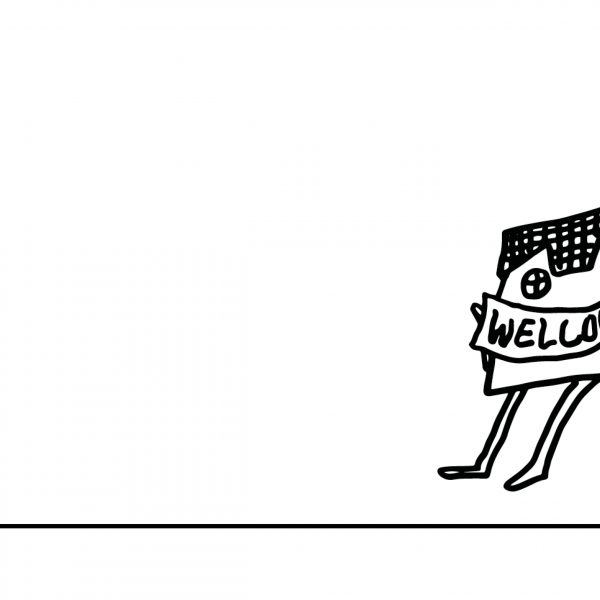 The Intimacy of Exclusion. An Embodied Understanding