PLACEMAKING
HAS TO GO BEYOND
BEING TEMPORARY

Charlot Schans is programme maker at Pakhuis De Zwijger, platform for creation and innovation in Amsterdam, which is co-organising and hosting the Placemaking Week. Schans focuses primarily on urban development and social innovation.

Charlot, what do you want to convey at the Placemaking Week?

‘That placemaking, when properly implemented, is an interesting tool to bring together stakeholders, including the less obvious ones, based on a shared ambition. The fact that it’s about improving public space makes it easier to experiment with a co-creative approach than it would if you were refurbishing a building together, for example. Placemaking doesn’t mean quickly throwing together a public-private partnership. Rather, it’s a complex process that involves crafting a level playing field that controls for the latitude and leverage of stakeholders. The public space is the first thing you experience there. I’m always inspired by examples that break out of their own mould, that operate on the interface of the public and the private, and that provide an area with added value; initiatives that, in addition to public space, also generate housing and workspace, and that are driven by principles such as circularity and co-creation.’

Why is Pakhuis De Zwijger involved in the Placemaking Week?

‘Liveable cities that are welcoming and sustainable excite us. It’s unique to have a group of people together who are engaged with that at the global level. At Pakhuis de Zwijger we organise daily meetings to think about and work on solutions with stakeholders from the city. Many mistakes were made here in the past, so the more dialogue and inspiration, the better.’

What kind of mistakes?

‘Soulless new-build that doesn’t consider the use of public space and neglects the plinths. The IJburg district is a good example of that. Too little thought still goes into a good mixture of functions. The result is dull residential neighbourhoods and industrial estates.’ 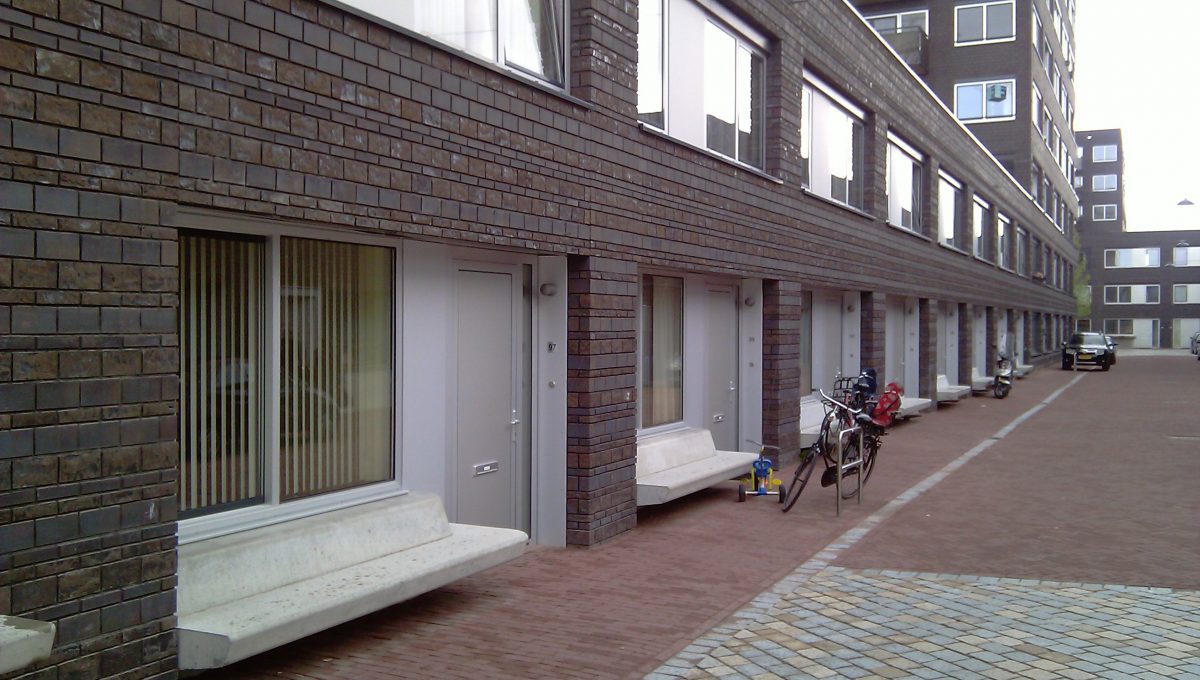 Do you mainly play a facilitating role or do you also help to set the agenda?

‘Both. But sometimes I would like to play a bigger role in agenda-setting. We work a lot with developers and municipalities. Process innovation doesn’t come naturally to many of these parties.’

What’s your opinion of placemaking in the Netherlands?

‘We tend to think that things are better elsewhere, but I think the level of urban planning in the Netherlands is reasonably high, especially when it comes to involving stakeholders. If you compare that to how things work in cities like Bucharest… You realise that the polder model, the idea that we have to do things together, is in our blood.’

You’re closely involved in the city makers movement. Tell us a bit about that.

‘In recent years, Pakhuis de Zwijger has established networks in cities in the Netherlands and Europe in order to share inspiration and knowledge. City makers are usually citizen-driven initiatives, in which residents, for example, take action against vacancy or set up an energy cooperative together. These initiatives have been popping up all over the place in recent years, partly as a consequence of the economic crisis, which stopped many commercial projects in their tracks and created room for bottomup initiatives. In Amsterdam, De Ceuvel (a circular art factory in the north of Amsterdam, ed.) and Roest (an urban oasis in the east of Amsterdam, ed.) are good examples of that, as is Holzmarkt in Berlin. The latter project is more activist than De Ceuvel. A referendum managed to stop office development along the Spree river. Subsequently, an urban village 18,000 square metres large was created there, including housing and studios, a park, a club, a hotel, stages… Aside from making clever use of the creativity of its supporters, Holzmarkt also succeeded in securing financing from pension funds and private sources, which I think is impressive. What I’ve noticed is that projects that know how to articulate their added value effectively have managed to successfully negotiate about gaining permanent status. Another characteristic is that they’re effective at establishing a connection between what’s happening inside and outside, by also taking care of the public space.’

What are the characteristics of the city makers movement?

‘It’s a many-headed beast, but then in a positive sense. It’s an extremely broad movement. It covers hyper-local and volunteering to highly entrepreneurial. Now that the economy of most cities is picking up again, it’s time to take the next step. Otherwise it will be business as usual again before you know it, in which the highest bidder wins, and then the movement will be wiped off the map as quickly as it appeared.’

What is this next step?

‘To go beyond the temporary. We have to start thinking about ownership and creating a level playing field in which all stakeholders join the discussion as equal partners. If you want permanent status, you have to give it serious thought in advance. That entails making a baseline measurement and thinking about your value proposition and governance.’ 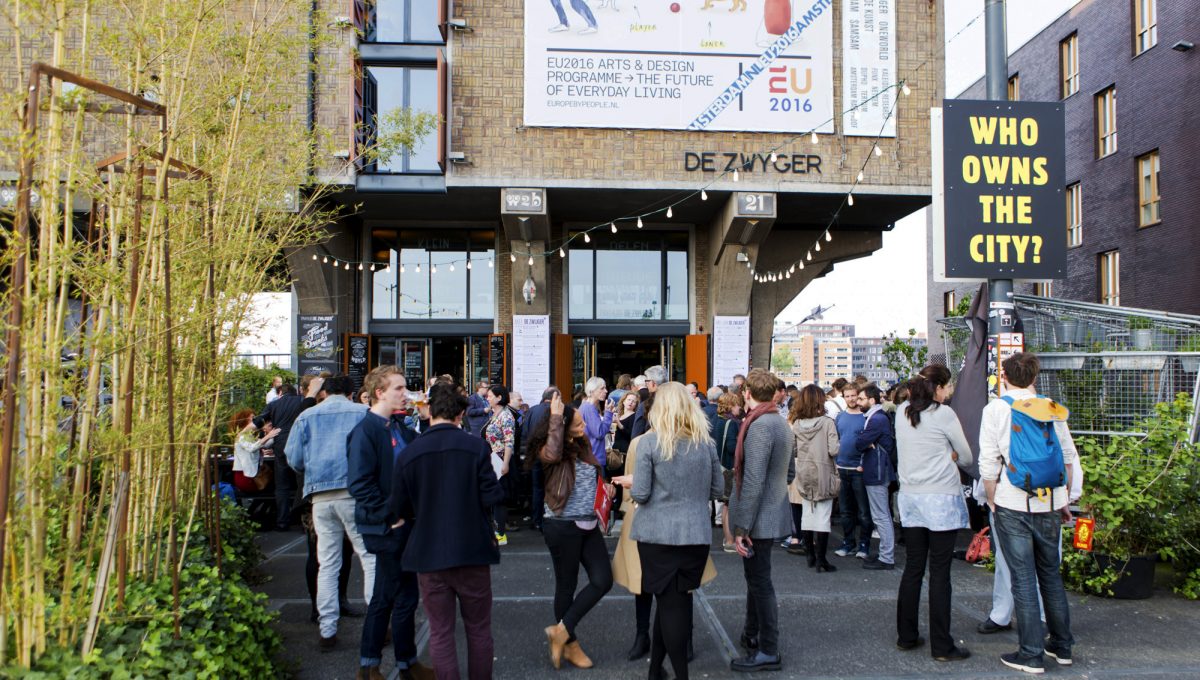 What’s a good example of that?

‘Hotel Buiten on Sloterplas. What they’ve managed to do there is connect the reinvigoration of Sloterplas with the municipality’s goal of spreading the public more across the city. I believe that knowing how to effectively communicate “what’s in it for us”, and so not just for you, is a hallmark of professionalization. If you’re unable to do that, to communicate the broader aim and capitalise on it, then you’ll notice the energy ebbing away after five or seven years. Because by then the spirit to do all of this volunteer work will have vanished and a broader base will be needed. Sometimes projects don’t have enough professionalism in their nature and need guidance. But then they’re confronted by the fact that there really isn’t anyone out there who can help. Yes, sometimes public servants help on a private basis, but they soon end up playing dual role. STIPO is an agency that could take on that role, just as we could.’

How are developers and the municipalities dealing with placemaking?

‘Municipalities face a huge construction task and may become less innovative as a result. Process innovation is in danger of succumbing again as a result of the increased speed of building, whereas the quality of life and public space should be included as conditions during the tender phase. I’m seeing more exciting things happening with developers at the moment. AM, for example, is building for specific target groups, such as millennials, and is devoting attention to the environment and plinths as well. And BPD is experimenting with a shared plinth, in which the entire neighbourhood is responsible for its allocation and operation.’

Should there be more De Ceuvels?

‘Of course, that would be great. But if that’s not feasible at the plot level; then I’d like to see elements of it integrated into other projects. The value of these kinds of creative and vibrant places is increasingly being recognised. The fact that Roest is receiving a permanent place in the development of Oostenburgereiland is evidence of that. The Westerdokmodel (which stipulates that new construction projects should make temporary, affordable art factories available, ed.) is a positive development. But it’s a shame that it was a temporary incentive there, and now there are mainly lawyers’ offices there. Art factories should be an enduring part of new neighbourhoods. But that doesn’t always happen because Amsterdam is still too often driven by shortterm financial motives. Luckily, people are experimenting more, as is the case with the mercantile development area N-kavel in Sloterdijk.’

What lessons can we learn from other countries?

‘Mainly that other types of financing and organisational models exist. For example, it’s easier to start up a cooperative in Germany: this legal form is more common there. I’ve also noticed that there’s more leeway regarding decision-making in many other countries. Administrators simply say: I think you’re great, welcome aboard. In the Netherlands, decision-making is more watertight. I’m in favour of zones with fewer regulations.’

What is the Netherlands doing right?

‘It’s easier to get your alderman on the phone here. We are riding on an activist past. There’s constructive dialogue. Whereas some European countries are still completely focused on democratisation, here there’s a post-activist vibe in the air. There’s a constant urge to talk to each other.’

‘Yes, we did that in 2016 on the occasion of our tenth anniversary. We called it City Makers Square. That’s what Google Maps calls it. Piet Heinkade, where we are located, was supposed to become a lively boulevard, but instead became a windy avenue of offices. We claimed the square to wake people up: do something with your environment! Public servants come here every day, but they’ve never uttered a word about it.’

FROM BOX TO BUSINESS, A LOW COST INTERVENTION