The experience of childhood is largely defined by the interactions that take place between children and their environments. The word childhood tends to evoke a time of curiosity and exploration, and for the most part, that exploration takes place in the environments where children live and play. For many children in the urban developing world, a number of economic and sociocultural factors impact negatively on the physical and social environment where they grow up. Looking closely at the way children cope with the changing urban landscape can stimulate new ways of understanding the relationship between the built environment and human development.

THE CASE OF LA CANDELARIA

In order to address this issue, we decided to conduct a pilot study with 86 children aged between 8 and 13 years in La Candelaria (Cartagena, Colombia), a low-income neighbourhood with less than 3% of public space dedicated to recreation. Many of these recreation spaces were built for the Central American and Caribbean Games which were held in Cartagena in 2006. The local government decided to improve access to the city’s main stadium by building a roadway along the Ciénaga de la Virgen – a body of water which receives a large portion of Cartagena’s domestic waste. La Candelaria was established in the 1950s as an informal settlement and currently has approximately 13,000 residents.

Our study was centred on the following questions related to the children’s play: – What play affordances does the urban environment offer children? – In what ways do children use and appropriate the spaces where they play? – What perceptions do they have of these spaces? These questions refer to the physical, cultural and psychological factors that affect the quality of children’s play. The term affordances refers to the functional possibilities that children perceive in the environment as they interact with it. Our interviews with the children and our direct observations in the neighbourhood revealed a number of significant findings. Boys and girls showed different preferences, both in terms of types of activities and location of play. For boys, the most frequent place for group activities and sports is the streets of the neighbourhood. They tend to prefer non-formal, open spaces, which allow them to play in larger groups and engage in activities that involve more freedom of movement. Their preferred activities are football and social games that involve running (e.g., hide and seek, tag). Girls, for their part, tend to occupy more intimate spaces (especially the space right in front of their homes), and they play in smaller groups, preferring games related to social activities, such as rhythmic hand clapping, singing and dancing. Both boys and girls enjoy playing with animals and plants in the patio of their homes where most families of the neighborhood keep pets and livestock. In our conversations with the children, we were able to appreciate the extent to which their play activities are shaped by the cultural practices and traditions of the community. Fishing in the Ciénaga de la Virgen, for instance, is an activity that many boys do with their fathers during the holidays. Likewise, every August, for example, taking advantage of the beginning of the windy season, children celebrate kite month by flying handmade kites. 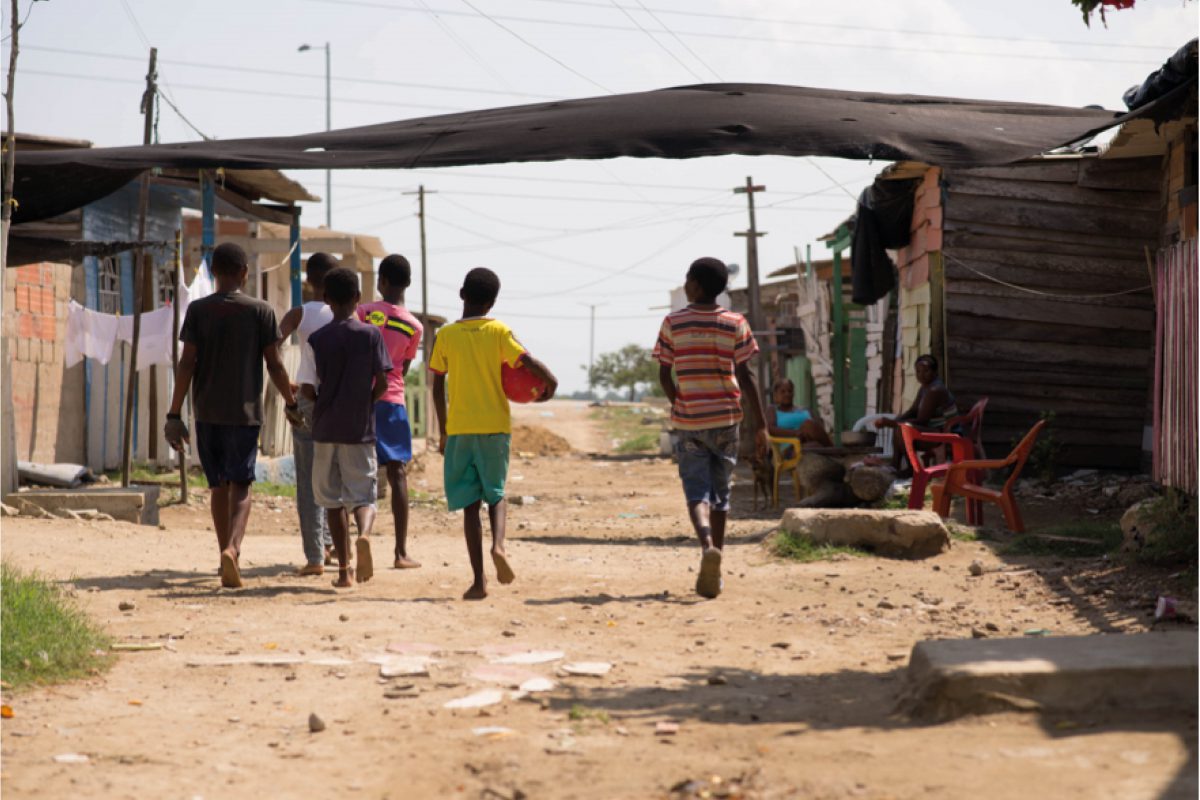 Children walking in the neighbourhood street 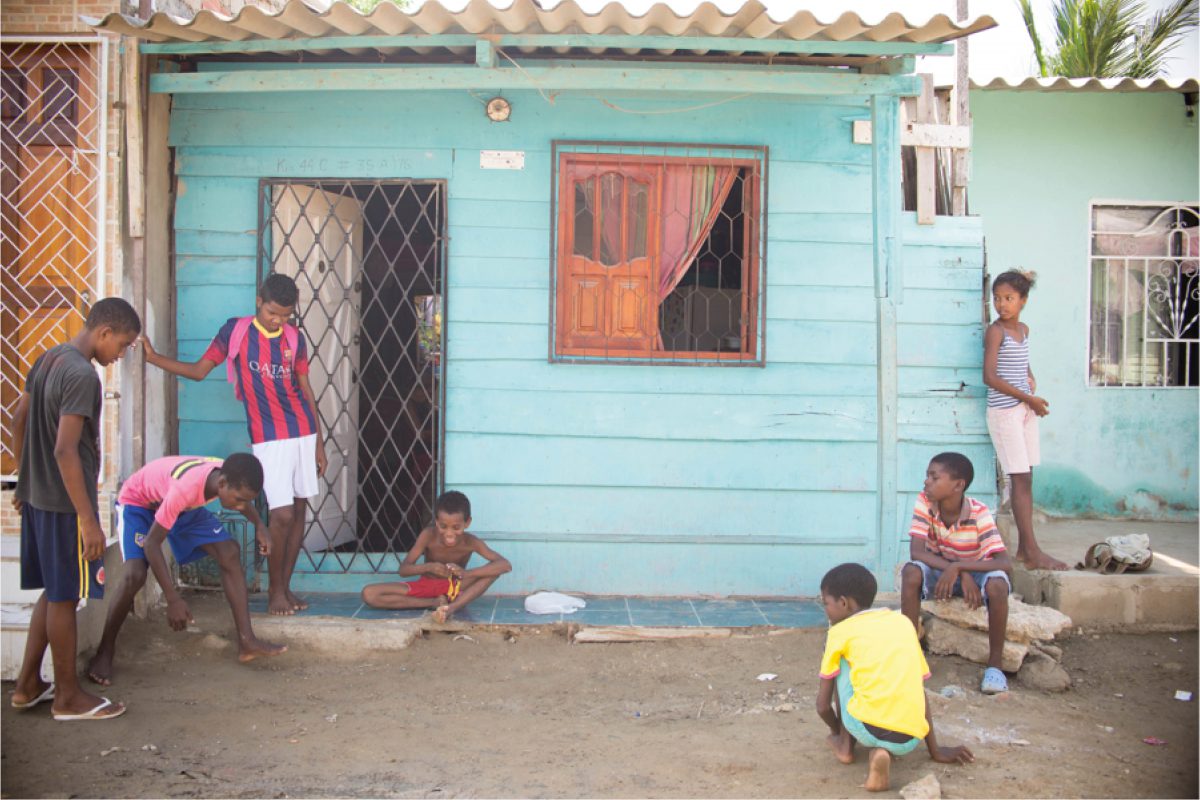 Children playing in front of their home

As much as the traditions present in La Candelaria contribute to the quantity and quality of play affordances, the physical conditions of the children’s playscapes are not adequate for healthy development. In particular, the poorly maintained spaces next to the Ciénaga de la Virgen discourage children’s exploration of their surroundings, thus limiting the range of play opportunities. In an attempt to create their own opportunities, some children began re-appropriating the space along the water’s edge. Older boys built a makeshift football field next to a recently constructed school, whose building provided them some shade in the afternoon, but the school’s administration swiftly dismantled the improvised goals, effectively discouraging and installed a two-meter high fence around the area. As such, children’s efforts to create new play opportunities for themselves in the neighbourhood have been discouraged. Neighbourhoods such as La Candelaria thrive on resourcefulness: the ability of people to respond to their needs with whatever resources they have available. This scarcity of resources fosters a high level of adaptation and produces highly social, creative thinking. However, the neighbourhood and the city must work together to increase the percentage of public space dedicated to recreation, and strengthen the physical, social and cultural services offered to the community’s children.

Following pressure from universities and NGOs, Cartagena’s local government has established three priorities to promote recreation and play: construction of play centres for early childhood, increase of children’s participation in cultural programs and sporting events, and improvement of sports facilities. However, the priorities are solely focused on organised sports, recreational facilities and cultural programs, with no provisions for evaluating the quality of neighbourhood play spaces. 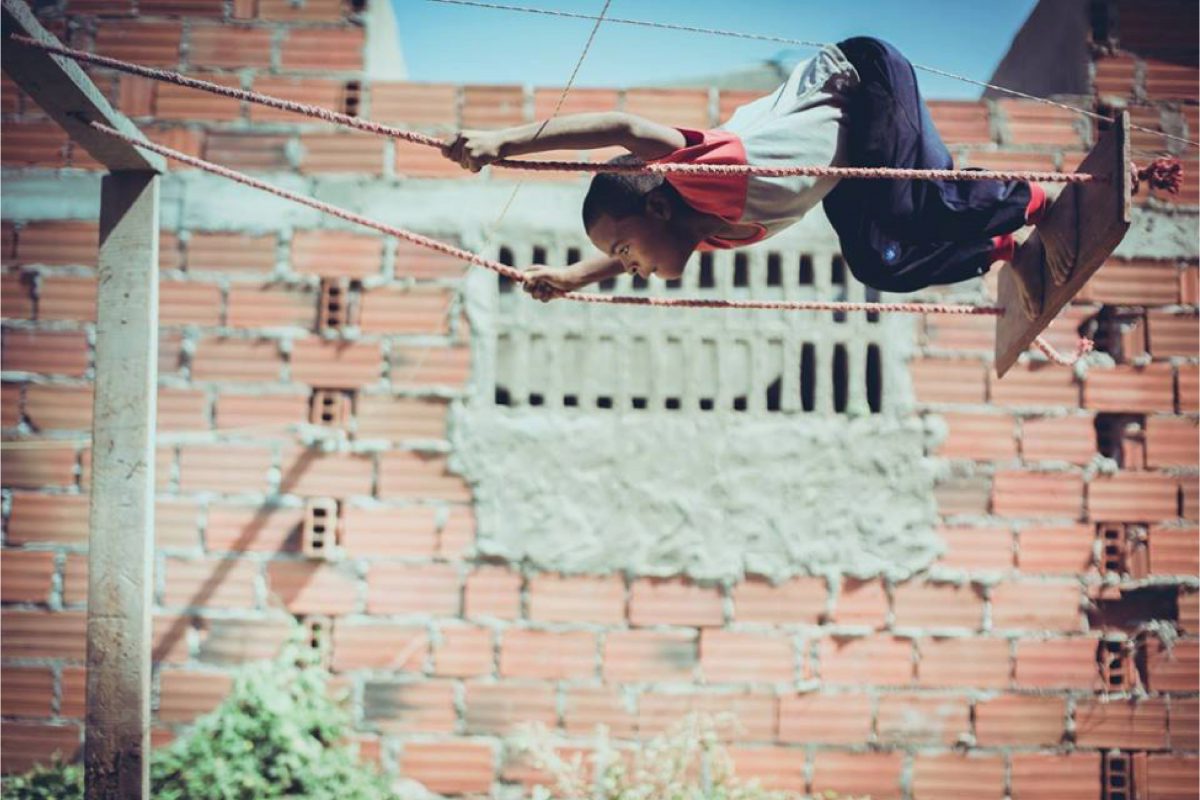 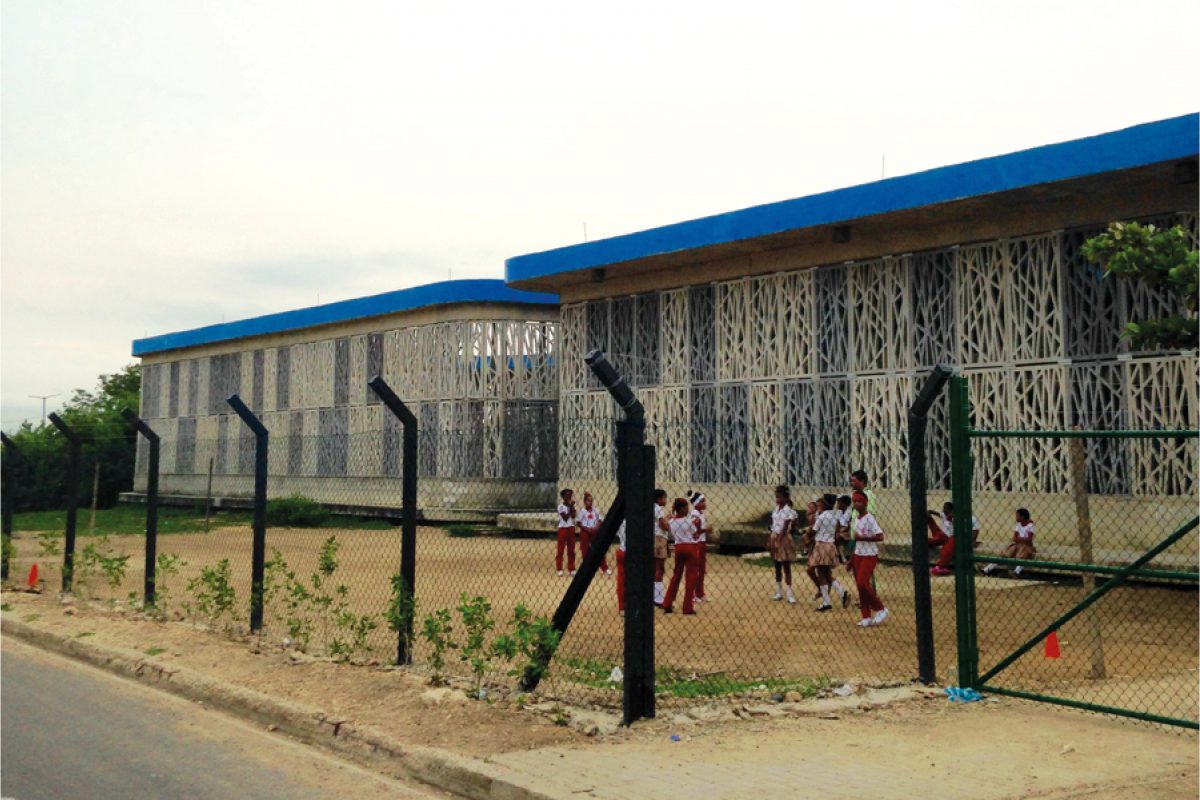 Children living in low-income neighbourhoods are confronted by many factors in their social and physical environment that hinder the quality of their play. Yet, there are many lessons to be learned from the way children interact with the built environment. First and foremost, we should carefully observe what happens spontaneously in communities like La Candelaria, in terms of the strategies children adopt to create play opportunities for themselves, and then strengthen these initiatives through planned interventions. We should also pay closer attention to the cultural practices that frame children’s play in order to safeguard the practices that foster their development. By doing so, children can participate in the planning process and gain both a valued role within the local community and an increased sense of connectedness with the places where they live and grow. 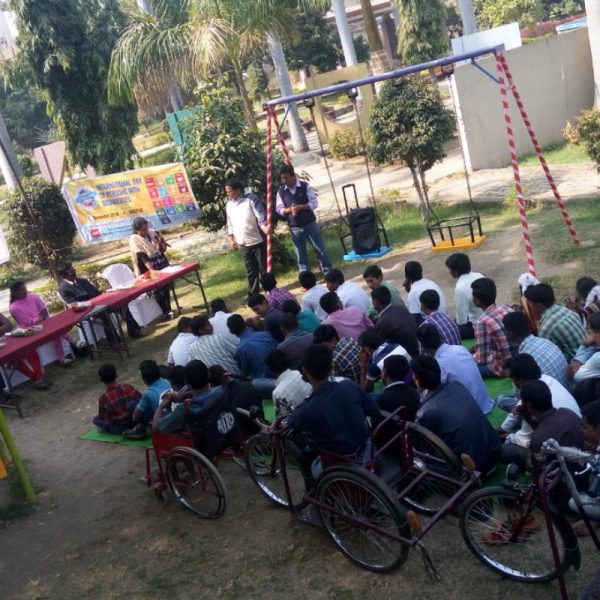