Urban Living in the early part of the 21st century has not been good for children and young people. A recent global study on obesity confirmed that the rising trends in children’s and adolescent’s Body Mass Index (BMI)[1] “have finally plateaued in many high-income countries, although at high levels, but have accelerated in low and mid-level income countries, especially in parts of Asia” (Abarca-Gómez et al., 2017). In consequence, serious cardio-metabolic disorders and mental health issues such as depression have been on the rise in adolescence and in early adulthood (Herrington & Brussoni, 2015; Sallis, Prochaska, & Taylor, 2000; Salmon, Owen, Crawford, Bauman, & Sallis, 2003; Tremblay et al., 2015).

When joining the dots, it becomes apparent that we are starting to collectively pay a high price – socially and public health-wise. In order to overcome some of these challenges, our neighbourhoods must go through a series of transformational changes that can lead to improved environments for and with children (Hart, 2013; Mews, 2014). A collective paradigm shift is required in order to create opportunities for children to safely access natural open space systems and public spaces, and to promote independent active mobility and free play.

Our case study presents a holistic method that includes a broad range of key actors while focusing on promoting children’s rights, including meaningful engagement in shaping healthy spaces for our common future.

In close collaboration with UN-Habitat World Urban Campaign and the Health Research Institute from the University of Canberra, we (Urban Synergies Group) hosted an Urban Thinkers Campus in 2017. The following summarises our findings and agreed on actions. 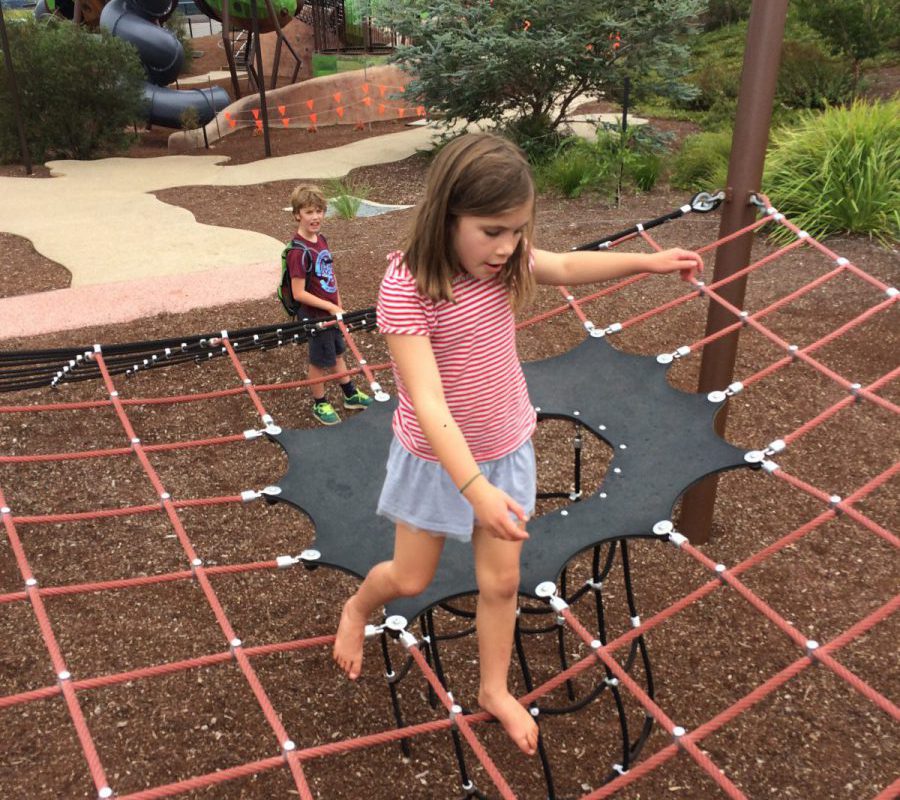 CHILDREN AND THE BUILT ENVIRONMENT

The relationship between children and their environment is well understood, and concerted actions on the local level are needed to enable better outcomes for children (Freeman & Tranter, 2011; Moore, 1986). Identified actions include: awareness-raising programs on child-friendly spaces and places can lead to socially inclusive cities. Well-designed safe routes around schools achieved by speed reduction and educated lifestyles allowing children’s play to be prioritised. This also includes imaginative and pleasant transit stops with facilities and infrastructure provision that is child/family-friendly.

Design only works when it addresses the practical and true needs of the end-user. Co-design processes that translate into meaningful engagement when children hold the power of making a decision (Hart, 1979; Shier, 2001; United Nation, 1989). Effective change requires a shift in social norm, which can only be achieved through awareness and education (Tranter, 2006; Tranter & Sharpe, 2007).

Identified actions include playspaces and equipment for all ages, co-designed best practice learning from overseas. This can be accomplished by the introduction of weekend pop-up road closures, e.g. Reclaiming the streets initiative – introducing temporary play spaces for all. Co-designed opportunities in government processes and community-based initiatives can empower children. Creative “Kids at Play” signage, designed by the communities can be used on local streets to promote speed reduction, fostering unique community characteristics to emerge.

Through play, children make sense of the world in which they live. Sufficient evidence suggests that play has self-therapeutic potentials and positive impact on health and well-being not just for children (van Leeuwen & Westwood, 2008).

Identified actions include: the school as the heart of the neighbourhood needs to be invigorated (Perry, 1998) with safe and connected routes to and from the school where play is possible. Within school environments opportunities for movement supported by loose play material and equipment (Bundy et al., 2011). Raising awareness amongst adults on the importance of play in its own right, coordinated efforts help the delivery through a coordinated effort by the local government.

In order to deliver tangible actions to stop unhealthy trends, the roles of key actor groups were brainstormed and defined, and these roles can be accessed in the outcome report “Shaping Spaces for Gen Z – International Forum Report” (Mews G., Cochrane T., & Davey R., 2017). In conclusion, we discovered that by focusing on tangible actions that benefit the most vulnerable. 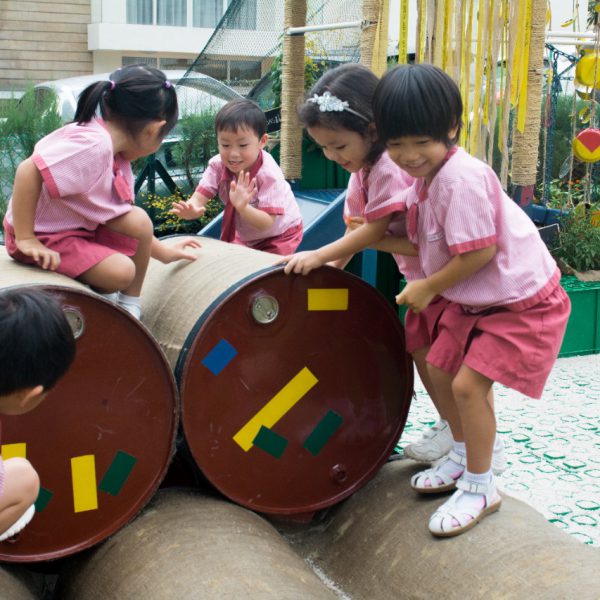