Smaller Slovenian towns are fighting a decline in visits to their historical cores. The trend is caused by shopping malls popping up on the outskirts and new potential users opting to go to larger cities or more car accessible areas. This case study focuses on the method of temporary use of space, mostly because of its capacity to show results in a short period of time. Temporary use of space is a way to boost the liveliness of old city cores while protecting their built heritage. When applied in practice it offers the possibility of testing out complementary uses 1:1. The aim is to explore new patterns of use with emphasis on small interventions of high visibility that are appropriate for dense urban areas and interesting to the residents.

The old romantic town centres can be described as the heart of the city but they suffer from high rents and a low flow of people which in turn causes local shops to change tenants or even worse – be left empty. With few visitors and a limited cultural programme, old city cores are losing their commercial and cultural appeal. When a building becomes vacant it is crucial to establish a new use for it as soon as possible to avert its own deterioration and that of the wider area.

In order to establish a repetitive pattern, the ground floor activity of four towns in Slovenia was mapped based on whether or not the space was in active use or vacant. The findings were then graphically analysed. A larger scale graphical analysis also included the town core in relation to the areas surrounding it. 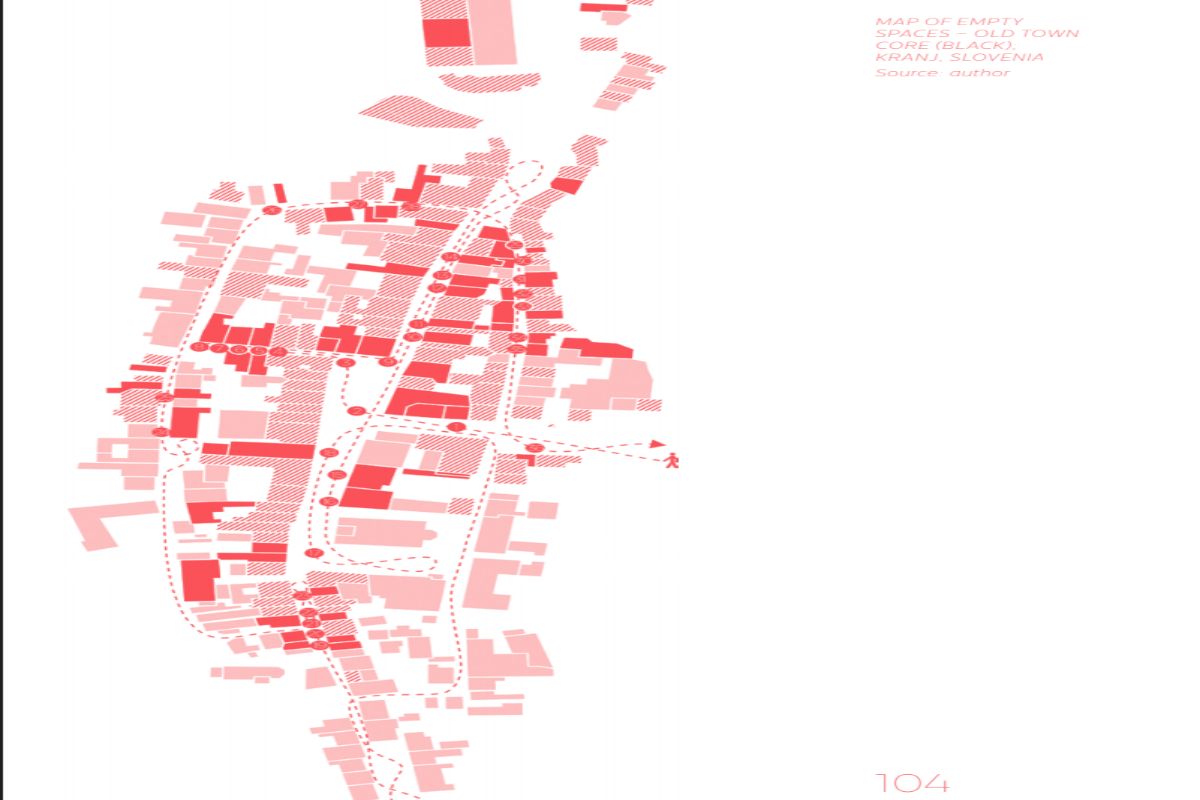 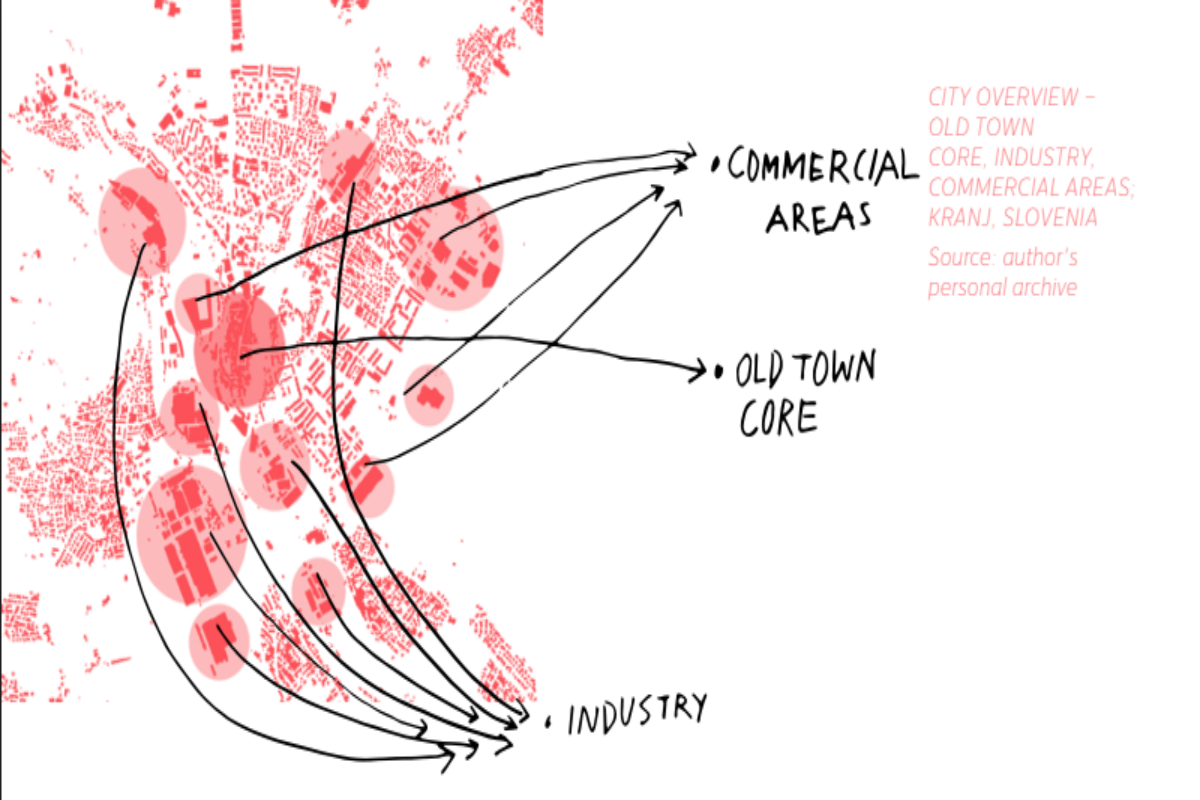 The results showed the old town cores were mostly orbited by easily accessible satellites zoned for competitive use which affected the emptying out of shops in old town cores. The study also examined other factors causing the problem such as high rents, poor foot traffic and too little focus on the users of the space.

The proposed approach can be described as a spatial organisational model of temporary uses. It links owners of empty properties with potential renters through governmental assistance and subsidies. As a short-term intervention, it tests suitable types of uses on a 1:1 scale in order to find those that fit well with each other and that can offer an appealing alternative to the shopping malls on the city outskirts. An in-between use prevents degradation of buildings that have lost their previous function and are transitioning to a new one, while also reversing the negative trend of general area stagnation.

The aim of this approach is to re-establish liveliness by activating the empty spaces with creative ideas, linking different uses and generating a strong sense of community in the area. This would benefit upcoming small businesses and include weaker social groups that need space but can’t afford the high initial cost.It is a tool that would enable municipalities to find new and appropriate activities for historical cores with actual users, including those weaker social groups. It would highlight successful usage that improves foot traffic and would provide new functions in old town cores showing immediate effect. The temporary use model is also community-based, because involving more shareholders will help preserve the area in the long run.

The model of temporary use aims to establish an active ground-floor policy through cooperation between different social groups, experts and the local municipality. In particular, it seeks to improve the situation of socially vulnerable groups, while preserving architectural heritage and repositioning empty spaces as an asset not a weakness. After finding a better permanent use or one that is more optimal for the owner, the temporary usage can be substituted. In this process, compromise is key to establishing a good relationship between all stakeholders. The guiding principle is small interventions, which can be immediately applied in the space and do not require long-term planning or fundraising.

Interviewing potential future users is an important part of solving the problem. Current users would often share that they are unable to afford their own place and that they are willing to team up with like-minded complementary users in figuring out activities for the empty spaces. 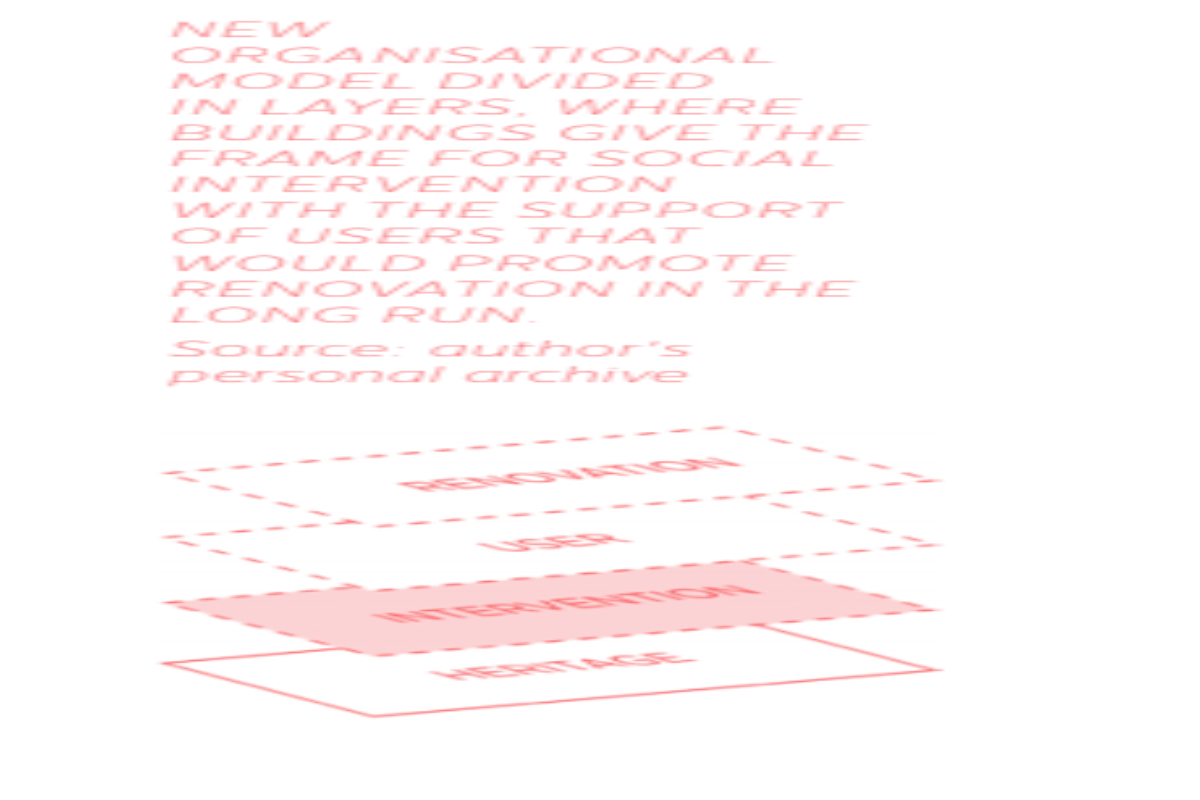 NEW ORGANISATIONAL MODEL DIVIDED IN LAYERS, WHERE BUILDINGS GIVE THE FRAME FOR SOCIAL INTERVENTION WITH THE SUPPORT OF USERS THAT WOULD PROMOTE RENOVATION IN THE LONG RUN. Source: author's personal archive 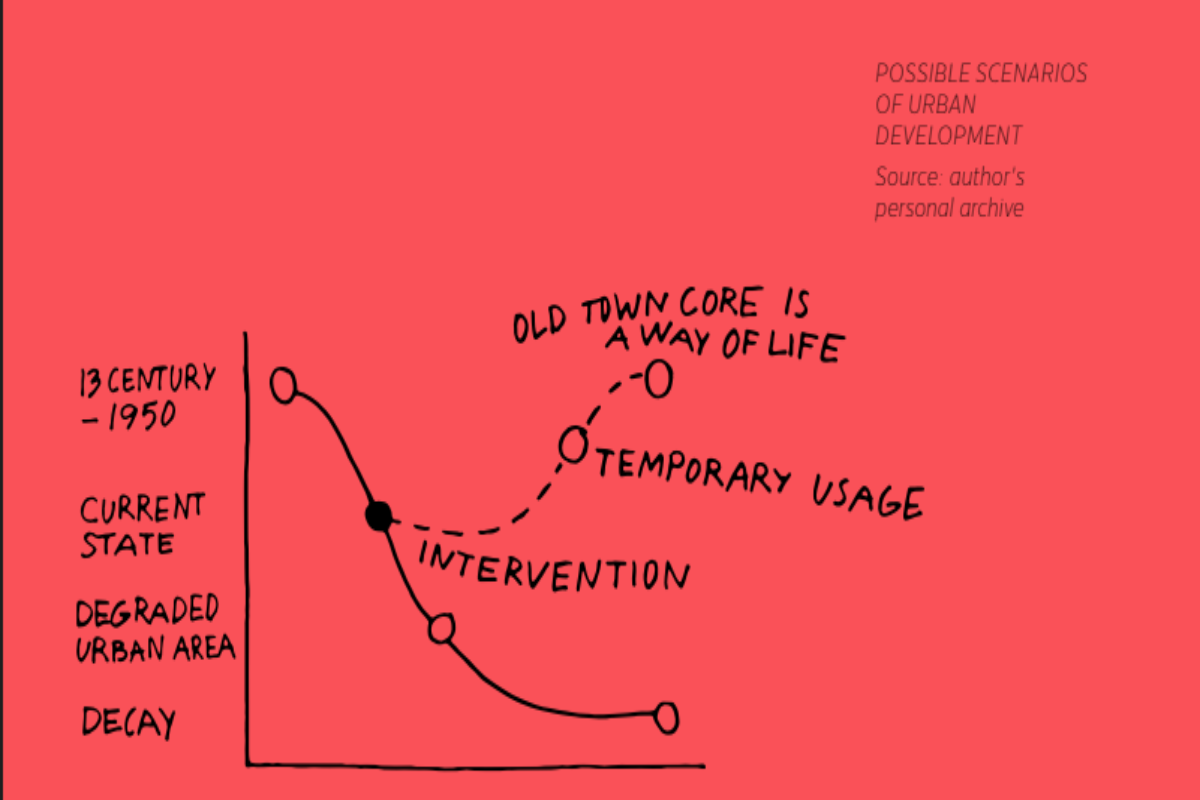 It is impossible to foresee how much foot traffic one user could generate through his or her business. If the user’s activity does not attract interest, they should empty the premises and give a chance to a new user. Since this issue is of general interest to the city, the space owners and the citizens themselves, the process must be fair and honest. In the event that a user’s business proves successful, he or she must start paying rent at market conditions.

Since temporary use is a fairly new approach to revitalizing cities, this case study sought to offer a theoretical base for several applications that can boost the liveliness of historical city cores. It also reviewed the possibilities for adopting temporary use as a tool to test out appropriate possible zoning scenarios. Finally, it questioned the status quo and contributed to developing a community-based approach as a viable tool for urban regeneration. 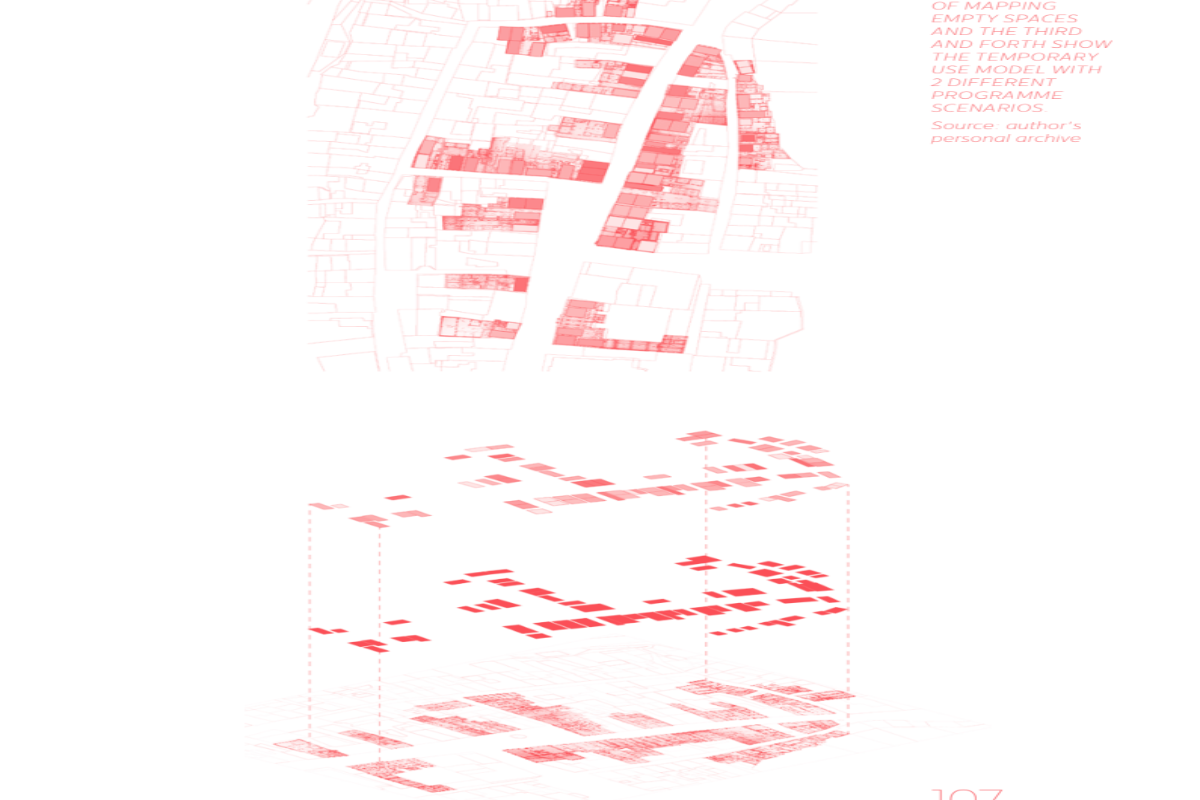 FIRST AND SECOND MAP SHOW RESULTS OF MAPPING EMPTY SPACES AND THE THIRD AND FORTH SHOW THE TEMPORARY USE MODEL WITH 2 DIFFERENT PROGRAMME SCENARIOS. Source: author's personal archive 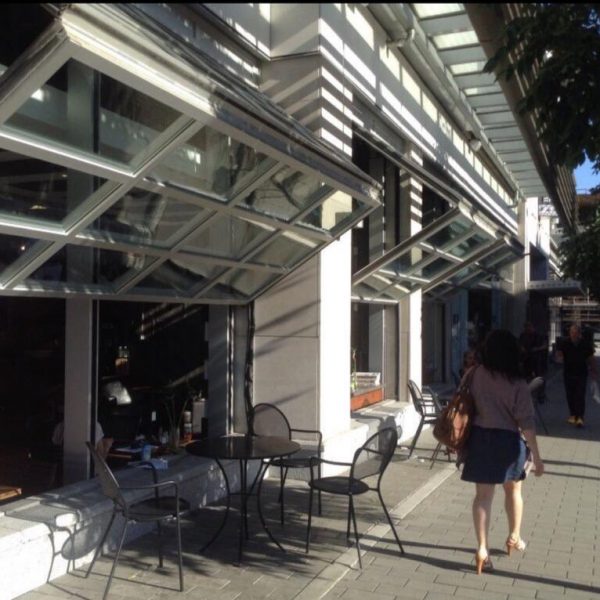 Introduction - Place-Led Development: Developing our Cities around Community and Place 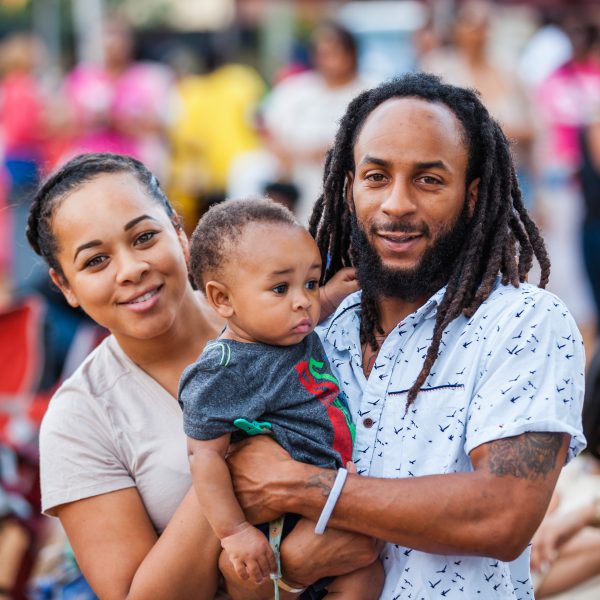