The Intimacy of Exclusion. An Embodied Understanding

The beginning of this book has opened the discussion on the importance of nurturing inclusive cities in which inhabitants and visitors can feel at home. An inclusive city, where everyone feels a sense of belonging and connection is, by its very nature safer, more innovative and healthier.

In the social sciences there is a long tradition of studying the benefits of interpersonal encounters in creating more convivial cities. Classic urbanists such as Jacobs (1961), Lofland (1993), Sandercock (2003) &amp; Vertovec (2007) are mainly in favour whilst more contemporary writers such as Amin (2013) argue that conviviality is too fragile to ensure genuine acceptance of ‘the other’ and what is needed is an explicit policy of equal belonging supported by robust legislation. I would argue that both are necessary. Placemaking alone may not solve the structural inequality caused by global capital or the commodification of social housing but grassroots experiences of inclusion can be a powerful place from which change can emerge.

Based on anthropological research carried out in Amsterdam, this article explores an embodied experience of exclusion. After all, how can we design for inclusion without a sense of what exclusion might feel like? Is it visible, who might experience it, what does it actually feel like, and is it also perhaps the case that, despite best intentions, interventions actually cause feelings of exclusion?

This essay follows my own dawning awareness of how a sense of constant exclusion in one’s own city might feel and ends with practical recommendations for creating inclusion.

Waking up to Exclusion

It began one day when my partner, who is Turkish, came home looking a bit dejected. “I’ve just done something silly”, he said. “I’ve just bought a USB stick that I don’t need.” I was surprised, since he often teases me for using something as old-fashioned as a USB stick, so I asked him why. “I was in the shop and the security guard kept looking at me so suspiciously that I felt the need to prove I was an honest customer.”

What upset me most about this incident is that it was, apart from the two people involved, invisible. No words were exchanged, no other customer was asked to act as a witness and yet it dug deep into my partner’s feelings of ease and integrity. I became aware of a subtle responsibility he carried to legitimate himself as ‘safe and law-abiding’. Yet this must be a common experience for so many people. What does it feel like to be ‘othered’ in this way? I set off to look for more stories and since knowing is not the same as actually experiencing, I also used my own body as a research instrument (Pink, 2008), by putting myself in situations where I felt awkward and then noting my responses.

One of the first things I learnt when alone at a techno festival (I am on average 30 years older than most visitors!) was that having no legitimate activity whilst others are happily socialising, dancing, eating, drinking or taking drugs is very uncomfortable. I felt socially clumsy, insecure and self-conscious. This experience led to an open awareness of poverty and public space. Since so much of it is commercialised, if I can’t buy things, then how can I have a legitimate role in public space?

This led to further exploration of exclusion in gentrified Amsterdam neighbourhoods. One inhabitant talked about new shops replacing his old familiar ones and selling things he didn’t want and certainly couldn’t afford and as a local social worker put it: “Being poor means being fat and lonely…if you don’t have any money, you can’t join in.” She described how her group of overweight women, who were dependent on the food bank, felt about the new inhabitants in their rapidly gentrifying neighbourhood: “Most of my group have a low sense of self-esteem; ‘whoever is born a dime, will never be a quarter’ and they feel uncomfortable with the new inhabitants.”

Then I asked a new inhabitant how she felt about living in a mixed neighbourhood: “I enjoy living in a place with such a social mix of rich and poor….you’d be amazed what you see for example in the supermarket (laughs), you’d be amazed….They are all chav families but I don’t mind, it’s funny.”

This was a painful observation. If this exchange illustrates social undercurrents, then placemaking interventions which aim to mix inhabitants will need to be highly sensitive to what makes a safe environment. For example, a bookcase which invites visitors to lend and borrow books at a community centre, is a cheerful symbol of domesticity for some. If however you are illiterate, it can be experienced as a statement that you do not belong and will feel out of your depth. Thus creating genuinely inclusive space is a challenge; professionals may often fill tangible and intangible space with their own ideas and aesthetic preferences without realising the effects. As a volunteer at a community event pointed out: “It’s hard to create an inviting space without taking it over yourself.” Perhaps creating shared space requires a constant commitment to questioning how fairly space is actually shared.

At a focus interview with a diverse group of Amsterdammers, the theme of feeling uncomfortable in public space arose again. Dewi, an Indonesian woman who had lived in the Netherlands most of her life explained: “I really do have the need just to feel relaxed somewhere and to feel that at last I can be somewhere where I don’t have to justify my presence.”

As the conversation continued, more respondents picked up and embroidered Dewi’s experience of feeling like they constantly have to justify their presence. In urban public space this often results in a vicious cycle of feeling self-conscious and clumsy and so becoming more self-conscious and thus attracting more judgemental attention and so on. However, they agreed that the more diversity there was, the more relaxed they felt. Aya, a Moroccan-Dutch mother described her experiences in public space. She explained how hurt she feels when she has the impression people shrink away from her body; people don’t trust her, they avoid sitting next to her on the bus, grab their handbags closer and answer her greetings with a cold look. She said it makes her feel dirty.

I am shocked by her story. It is not her behavior which gives offence to others and which she could adapt, but her very physical presence. My flirtation with exclusion feels shallow; how must it feel for daily life to be such a minefield? A simple aspect of daily life such as social greetings, which are an essential feature of contact, can also be tricky. There are accepted conventions for greetings but these require practice and familiarity. I myself blundered through exuberant and friendly greeting rituals with young Moroccan men during the fieldwork, misjudging the force of the hand-clap or the timing of a hand grip and was usually left with a feeling of having bungled what might have been a warm moment. The understanding that feeling legitimate, respected and acknowledged in public space is not a given, strikes me as being an essential awareness in placemaking. In light of these insights into how vulnerable some people feel in public space, the following example of a well-intentioned intervention at an outdoor summer show takes on a different taste.

One of the methods for audience participation is that on arrival, members of the audience are invited to sit at tables and chairs in front of the stalls and close to the stage. First class seats! They settle in and get drinks, snacks and a folder. However, in scene one they are loudly chased away as part of the exuberant action on stage and sent off to the stalls instead. What a disastrous thing to do to people who are perhaps coming to the theatre for the first time. People who plucked up courage to come to this event, unsure if they knew the codes of behaviour. This must be a nightmare come true, they are publicly chased away; having thought they were safe, anonymous spectators, suddenly they become a laughing stock.

Whilst this intervention would work well with a socially confident theatre-going audience, the public humiliation is painful for those who feel less robust. Throughout my research I became increasingly aware of the body as a sensitive antenna which registers approval or disapproval. One respondent described his feeling of exclusion in the following way: “It’s like a feeling of stress, as if something weird is going to happen, like if you are afraid or have nerves.” I also developed a conviction that feeling welcome and included in public space without question is a basic human right. A feeling of profound sadness and tenderness mixed with a deep sense of wrong grew as people shared their stories of what amounted to a series of daily microaggressions. I became aware of a low-level violence in public space experienced by people who do not fit into the ever-narrowing frame of ‘you’re ok’. This led me to examine the literature on structural violence. Scheper-Hughes & Bourgois (2004) discuss many dramatic forms of wartime violence but insist that there is a direct continuum between these and the structural and everyday forms of peacetime violence such as poverty, dehumanisation and structural social exclusion.

It is clear that there is no tick-off formula for creating inclusivity; it is less a state than a multi-layered, reflective process requiring engaged social awareness and a commitment to both legislation and interventions. The following suggestions however offer some concrete and direct actions.

In short, understand yourself, your position in society, your motivations and the complex socio-political context in which you are working.

Meanwhile at the Inholland University of Applied Sciences, we are developing an Inclusive Design Toolbox for Creative Professionals both for our students and professional partners. It aims to raise awareness on the relevance of inclusive design and provide accessible tools for use in a complex urban environment (www.tourismlab.nl/toolbox). 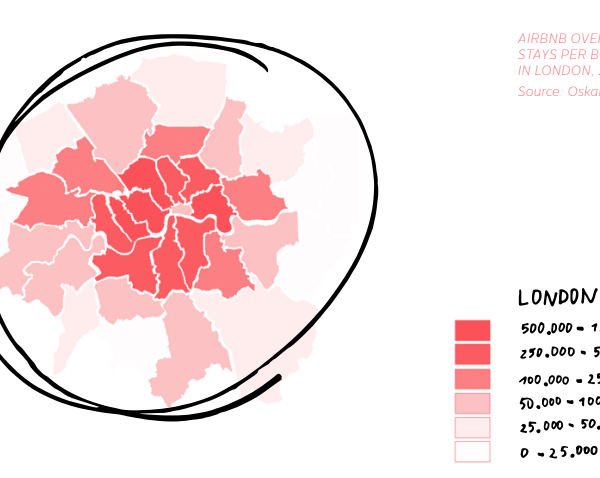 The Impact of Urban Vacation Rentals: Is Airbnb an Inclusive Cure, or an Alienating Disease for City Residents? 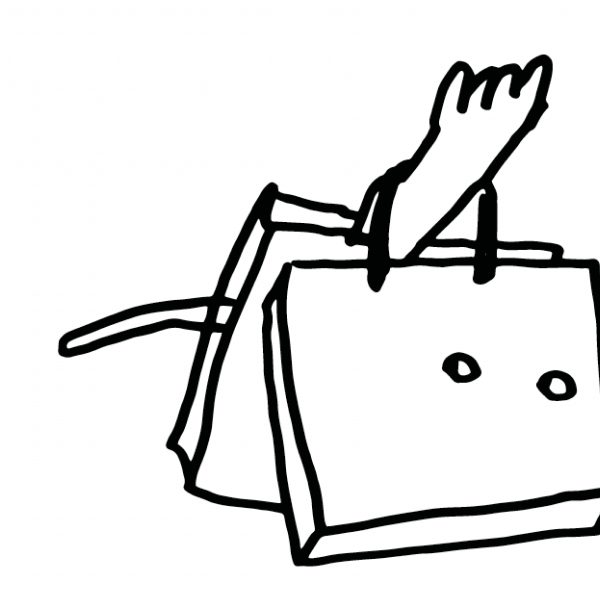