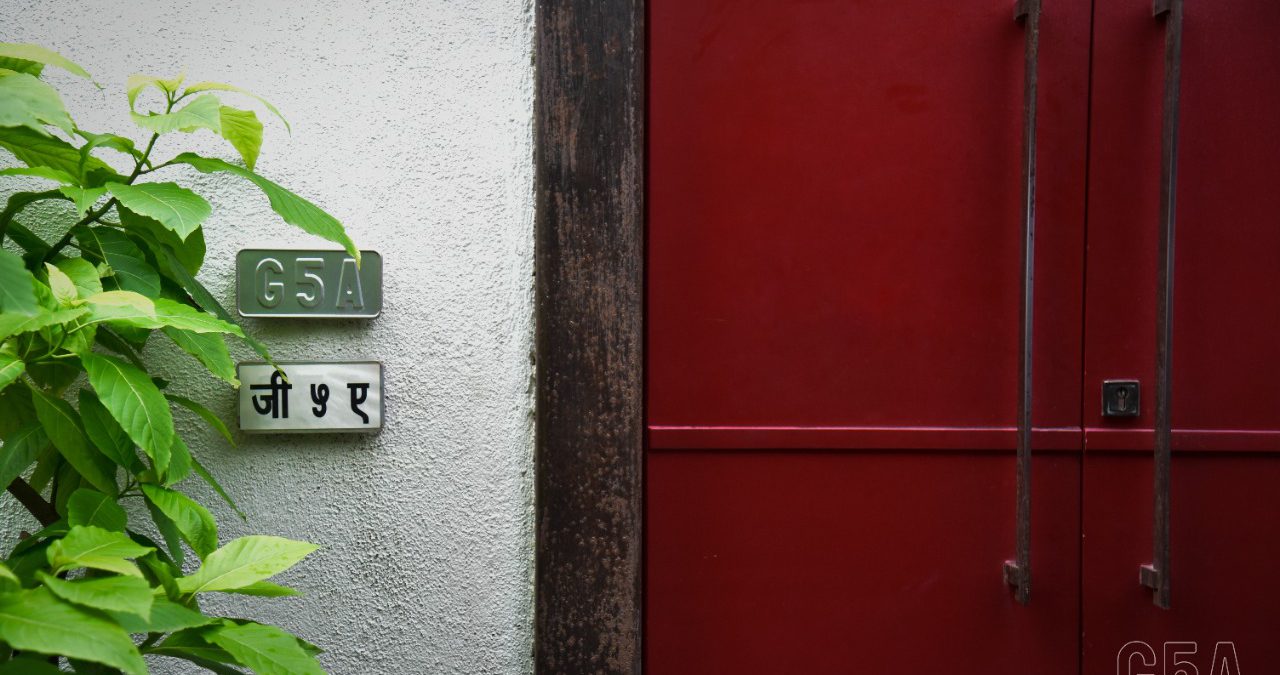 In the 1960s, the textile mills that had once given Mumbai its pioneering identity as India’s commercial centre had started to close down. The ecosystem that provided employment for thousands, and nourished a unique cultural fabric, began to see a decline that was consolidated in the 1980s. The socio-cultural geography of the city was changing, and with it, the opportunities, the people, and their relationship with the city.

Mumbai found itself giving in to the insidious yet overwhelming mainstream. By the late 90s, the kind of Art Cinema that had probed and challenged society and its politics had all but disappeared, and the mighty voice of Bollywood took over. Non-mainstream art became even more marginalised. Finding herself at a complete dissonance with everything around her, Anuradha Parikh, an architect and filmmaker, responded in the only way she knew how.

Anuradha believed it was vital to create a physical space within Mumbai’s evolving cultural fabric that could be a safe space for expression, dialogue, and imagining the contemporary — a landscape that bravely confronted the present, envisioned a promising future, while also providing a kaleidoscopic view of the past.

A warehouse in the Shakti Mills Lane at Mahalaxmi provided just this opportunity. Positioned in the heart of Mumbai, it was well-connected by railway and road and embodied the perfect narrative as it lay metaphorically and literally at the fulcrum of the city’s cultural conversation.

The blueprint for G5A was germinated in 2008: its DNA, its programmes, and its architecture. A social mapping scheme involving a diverse group of stakeholders was conducted, bringing to light several older neighbourhoods and icons, along with the symbols of the new commercial world.

On one end of the spectrum was the Worli Koliwada community (the fisherfolk and original inhabitants of Mumbai), the ex-mill workers’ residences — the chawls, the dhobi ghat (the washermen’s enclave), the cinema halls, reading rooms, and pockets of open spaces. On the other, the rapidly rising residential complexes, promising vistas of a bright new future with corporate parks, malls, restaurants, all steadily erasing vital elements of the earlier ecosystem. This left little room for sustaining or rebuilding a coherent neighbourhood, let alone public spaces for art, culture and recreation.

At this stage, Anuradha brought together a core Working Group of architects, artists, writers and professionals from theatre, film, media and business to help define the nature of G5A. 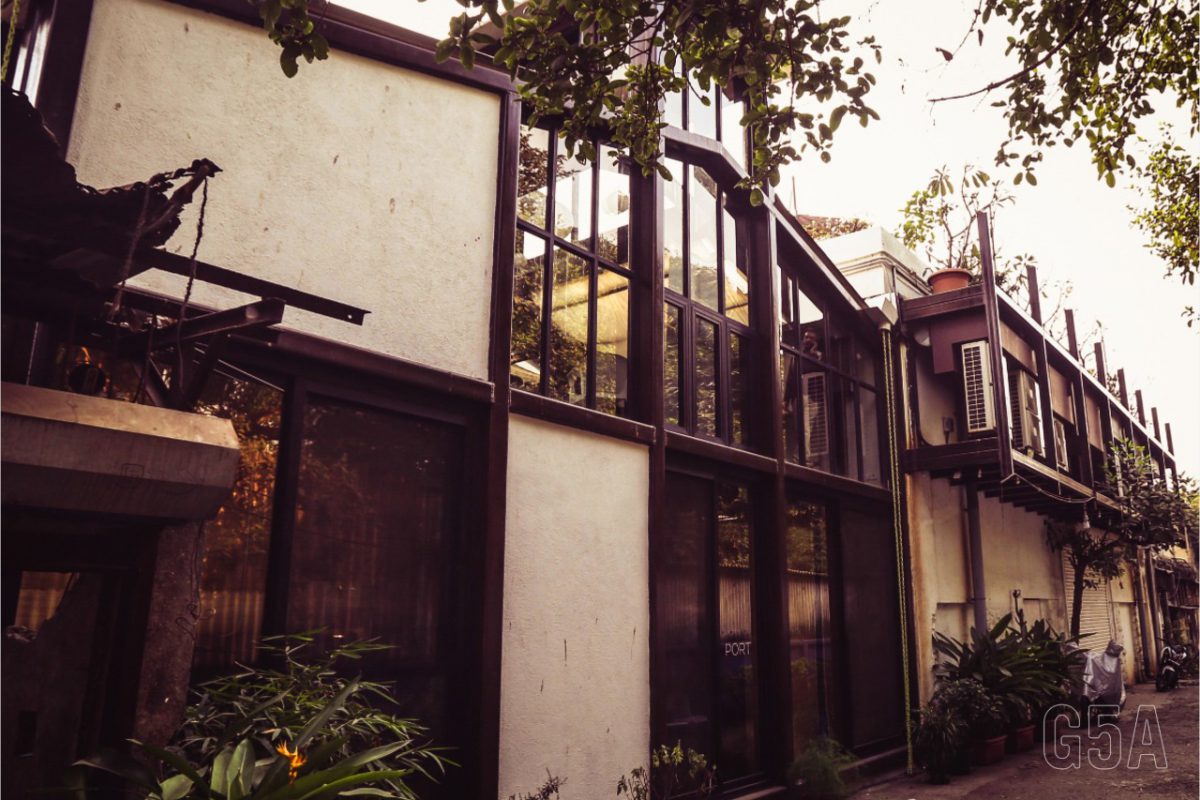 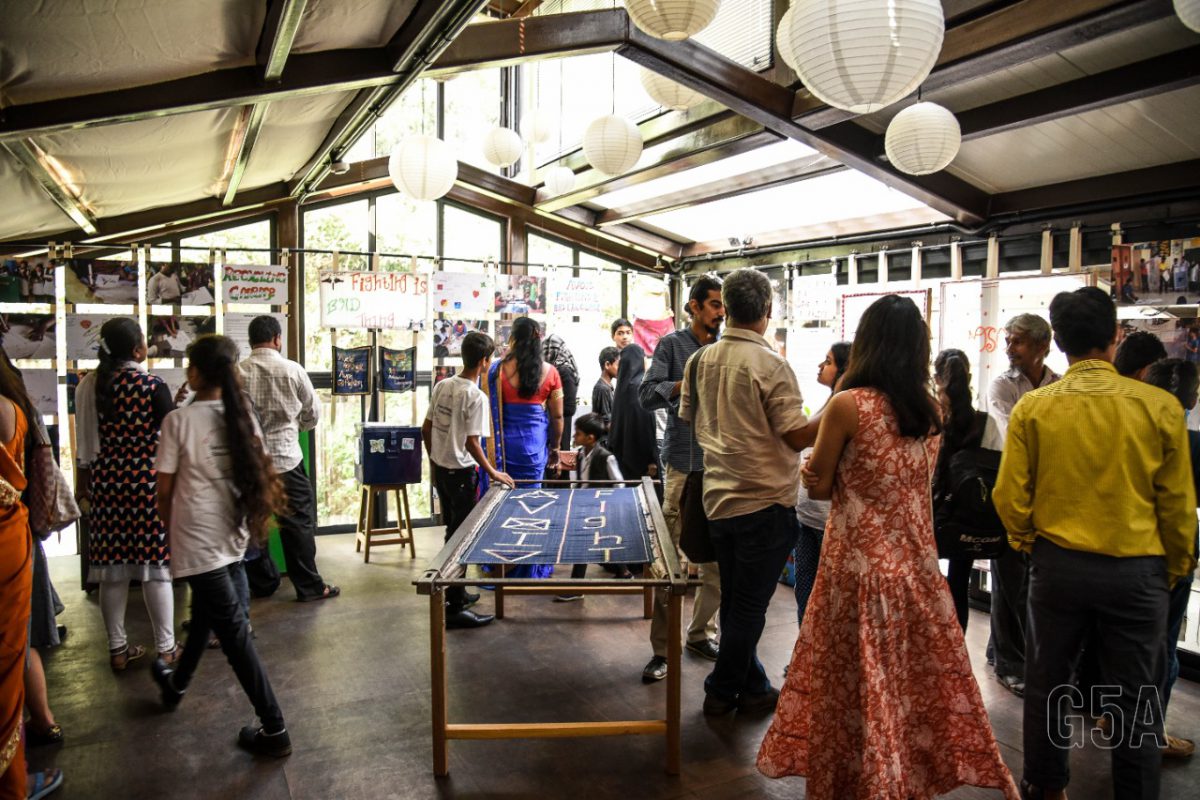 Visitors in the G5A Study. 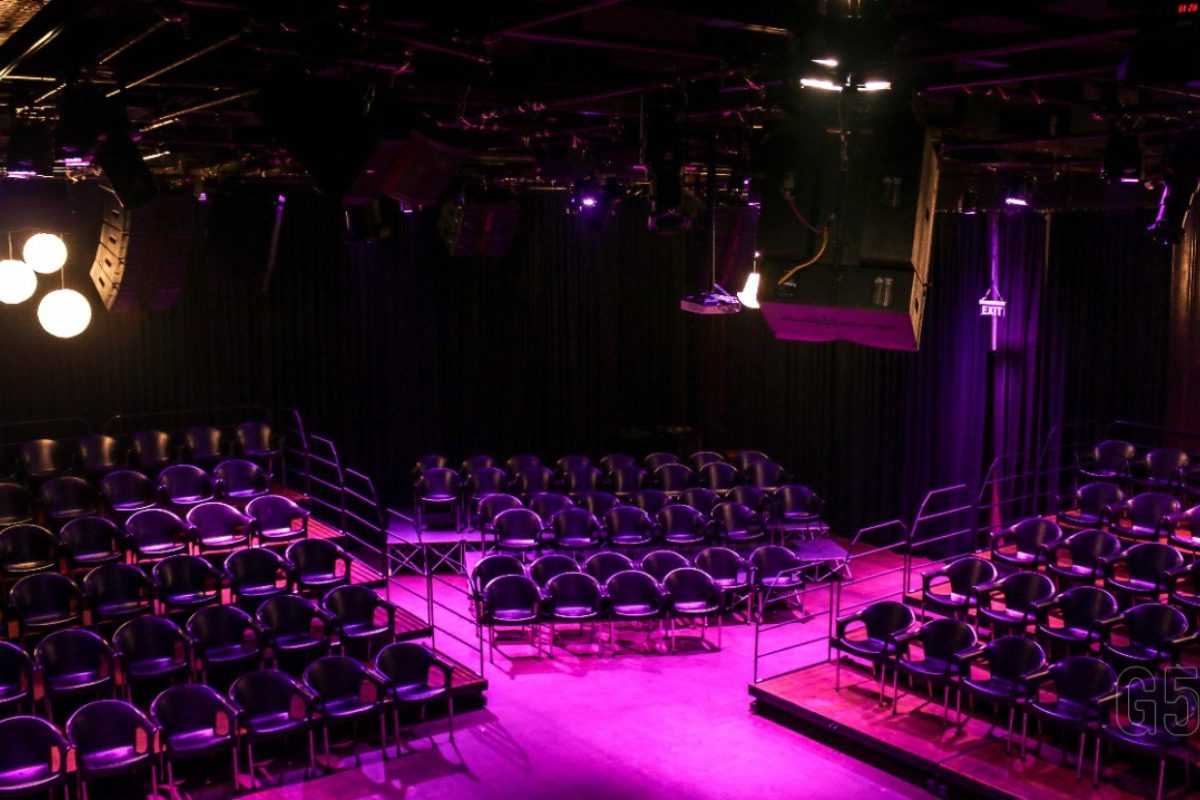 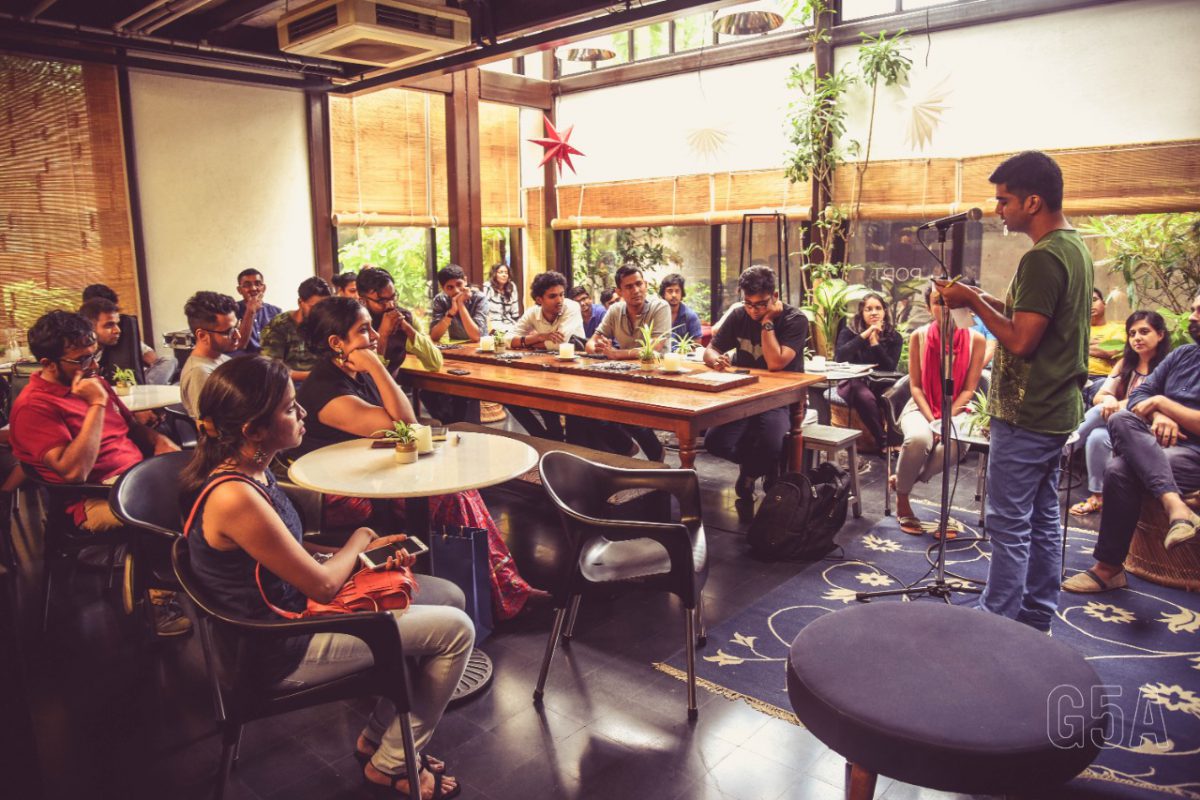 The warehouse was designed to retain the original vocabulary of its architecture while gently bringing in new materials, a minimalist aesthetic, and a welcoming ambience. The name, ‘G5A’, is the original unit number of the warehouse, retained as an homage to its history as an erstwhile mill neighbourhood. An iconic red door serves as a portal to the calm, safe and experimental world of the warehouse; bringing in myriad audiences, from cultural practitioners to environmentalists, government figures and other collaborators, both local and international.

The G5A Warehouse now hosts a Black Box theatre, a Study, a Terrace, and a PORT Kitchen and Bar. The intention was to create an active, creative lab, and an accessible ‘Third place’ for artists to share and develop new ideas. All the spaces allow for flexibility and experimentation, while also encouraging pauses between immersions into artistic experience: be it a performance, film screening, concert, or political discussion.

Taking the G5A model to the city

In fast-moving Mumbai, independent projects working for the betterment of the city often run parallel to each other. Rarely do these well-intentioned dialogues intersect, resulting in infrastructural and emotional strain upon their key beneficiaries: the citizens.

The G5A cityLAB was established to lead conversations on art, culture, and architecture in spaces across the city. Through its initiative ‘Living Neighbourhood Forum’ it brings multiple stakeholders — the local government, community, institutions and corporations, artists, and domain specialists — together, encouraging a collective approach to resolving issues that plague the city.

“Conversations around building more inclusive, participatory development pathways for the city continue, as we endeavour to work with communities to restore safe, healthy and culturally vibrant neighbourhoods,” explains Anuradha.

Given the stratified nature of the G5A public, engaging communities from different backgrounds has been a struggle. In the surrounding precinct, mills are being redeveloped into corporate plazas and malls, bringing an influx of new communities. Today, some communities from the informal sector still find G5A a little inaccessible, although the team has made it as inclusive as possible. By continuing to work with the community, they hope to ensure that at least the younger set will be able to dissolve these boundaries.

Five years on, G5A is fast becoming the cultural hub for this geography and neighbourhood. Artists and cultural practitioners working in contemporary art have found a new home that is safe, resilient and supportive. New audiences are exploring novel and contemporary works in ways that inspire hope for the future.

Having said this, more than G5A being a template that should be replicated, Anuradha believes it is the process that should be retained. The organic, inclusive and responsive nature of the project has been critical to its evolution. 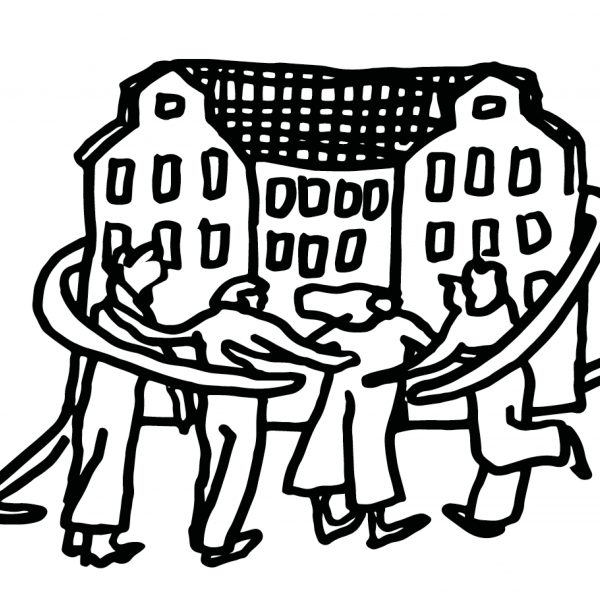 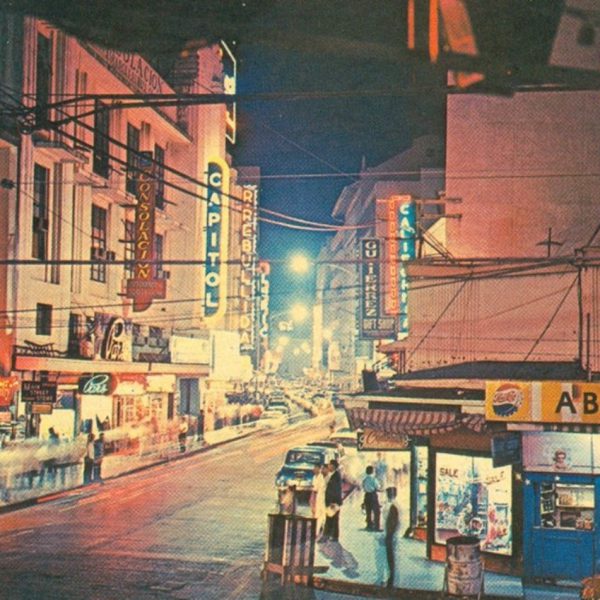