Pre-columbine is the term used to refer to those existing cultures in the Americas before the colonial times. Caribbean, Amazon and Andes are some of the names used today to describe regions in the north of South America, whose origins are linked to the pre- columbine communities. Venezuela embraces these three regions. Once known for its Miss Universe titles and oil reserves, today the Venezuelan reality is reflected in its increasing hunger and poverty rates.

While Venezuela goes through this crisis, contemporary times require professionals to be agile. Western scholars research what the role of the architect could be in the future and conferences present topics such as autonomous cities and upcoming ways
of living. Being a Venezuelan architect and urban researcher, it becomes clear to me that many of these innovative ideas cannot be applied to developing countries yet. However, there are other conversations in which the human scale and placemaking is a starting point and it is in these topics where other countries can learn from Venezuela.

Tracing Public Space (TPS) is a participatory method, initiated by the Venezuelan architect Ana Vargas. “How does the community, specifically children between 10-15 years old, see the public space?” was the initial research question that motivated Vargas during her master studies. To understand the viewpoint of spaces from children’s sight, she guided children through urban photographic excursions and taught them how to map spaces. Linking her studies to her current practice, Vargas explained to me once: ‘Observation was the starting point, but the children and I were both left wanting more. We discovered spaces with the potential to become public places. We could not stop there.’ Today TPS answers to the previously posed question with tangible constructions. 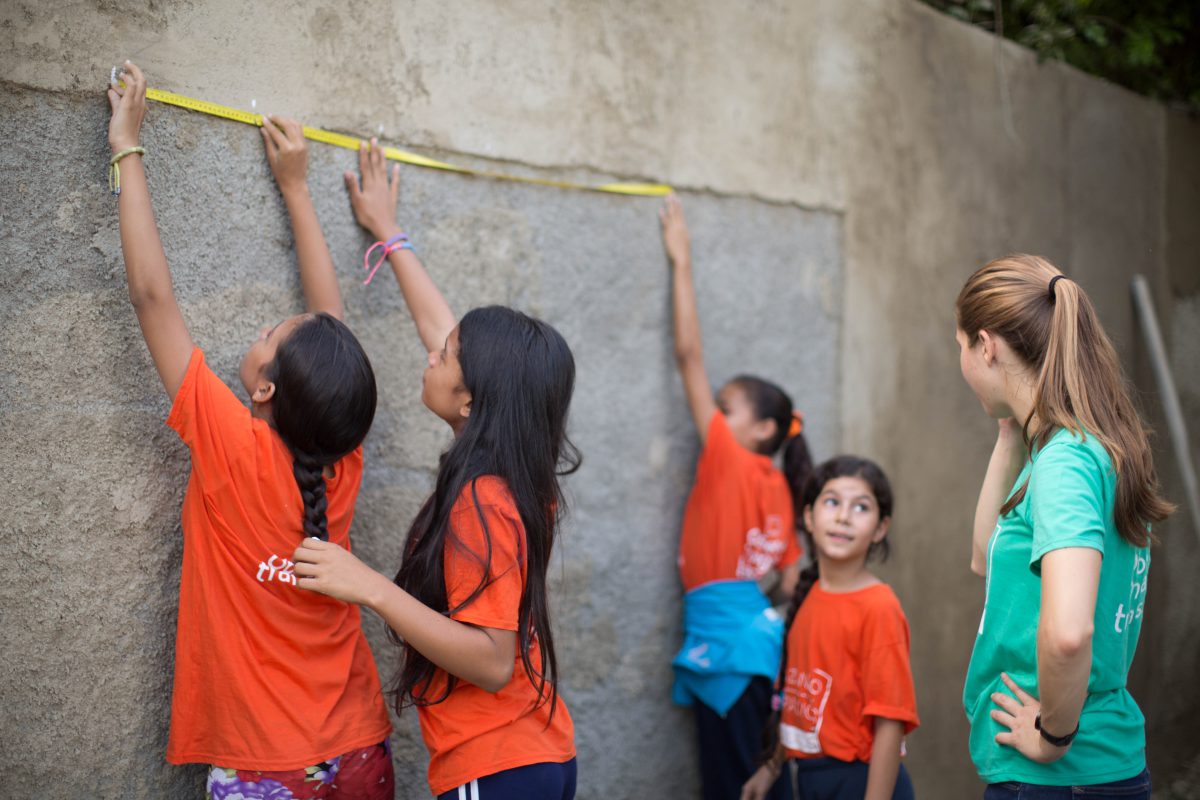 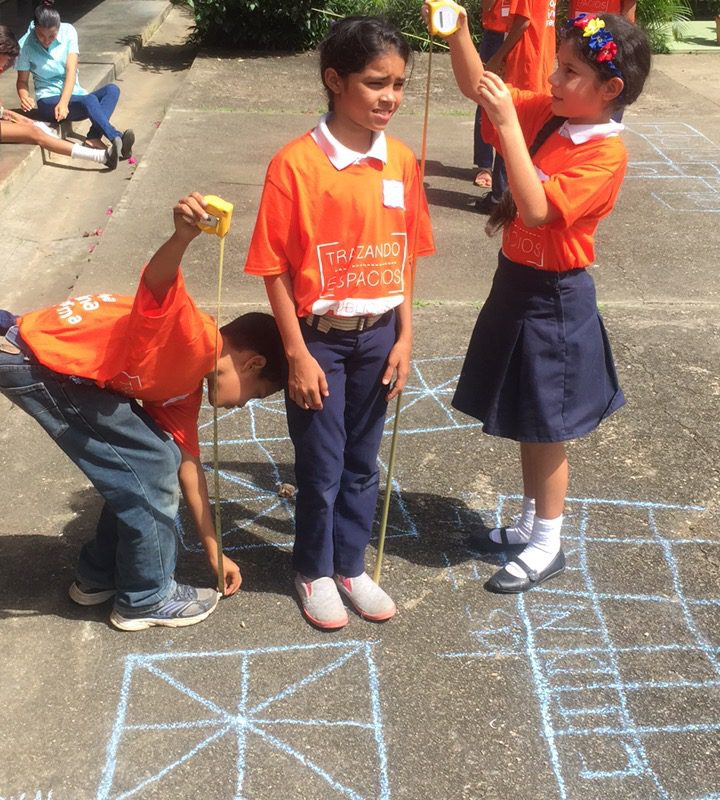 TPS is an ongoing project to transform public spaces in informal settlements from the bottom-up. Vargas proposes a two-way learning process between the architect as an ‘outsider’ and children as ‘insiders’. The project is framed as a workshop for children between 10 and 15 years old. The intention is to educate children to observe their community and to empower them to improve it. As active citizens with a mason’s toolkit, children follow a 3-steps methodology:
1. Observe and illustrate
2. Imagine and design
3. Build and transform.

These projects are normally done in existing areas that were either not planned in advance, or they have been abandoned with time.

Most of the formal urban developments in Venezuela were carried out during the 1950s. Inspired in the Swiss-French modernist Le Corbusier and his Athens Charter, modernism wiped out what the Spaniard colonies built over the Caribbean, Amazon and Andes communities. Ideal to be seen from the sky, Venezuela became an example of the well-known western modernity: the government built, and the people observed the miracle of urbanization. However, nowadays the Venezuelan urban fabric is not known for the monumental modernity, but for the many un-planned slums that cover the country’s hills, and these are the areas where Tracing Public Space takes place.

In stage one TPS introduces concepts of public space and identity. During this stage mapping, photographing and measuring are used to observe the community and its spaces according to the children’s perspective. They start with questions such as ‘What do you like to play?’ ‘What can you find in your favourite parks?’ Stage two is the beginning of the design practice. Participants, gathered in teams, are expected to present proposals using visualisation methods such as scale models, collages and patterns. The last stage of the project invites members of the community to vote, deciding which proposal will be built, and to collaborate in the construction. During all three stages, children look for the connections with the community, to ensure the social sustainability of their proposals. To guarantee the feasibility, in the last two stages of the project, a building professional will accompany the participants. The methodology divides the interventions into three categories: urban furniture, landscaping and art intervention. The elements of the public space are simplified into two types of entities: surfaces (decks, walls, floors) and elements (benches, mats, litter bins). All the workshops are subsidised by private investors, so combining a hands-on ‘lighter quicker cheaper’ approach is actually the only way to make them possible. The collaboration of the community members is also essential for the collection of materials and for the construction.

During a conversation with Ana Vargas last September, she mentioned one of the interventions that have surprised her the most. The children came up with a proposal for an artwork, featuring the same proportions, colours and design of the pattern of the traditional dress, worn in a local religious parade. In the town of Naiguatá in Venezuela, the restoration of the façade of a community Sport Centrum brought to life the patterns used during a unique and vivid religious celebration: Diablos de Naiguatá is a cultural expression that results from the colonial times mixing the natives civilizations, catholic Corpus Christi and African traditions brought by the slaves. The essence and identity of the children are now represented, highlighting the local identity and developing a sense of belonging.

As teenagers do, Venezuela develops as it searches for its identity. While the country’s politicians give speeches about national identity, its architects build spaces for the public realm to find their common bonds, and some architects even do it from the eye level of kids. TPS offers children the empowerment to create their spaces to play and feel safe. Plus, it also offers adults the opportunity to be the right role model who attends, votes and helps building their community.