This case describes the development and the results of Vianen Urban LAB, which started off as a thesis project to discover how an urban designer can create a better city through small amendments. I wanted to fix all those little problems I saw as a citizen. The initial idea was to do this project in Santa Marta, Colombia, but eventually the project had to take place in the Netherlands. Logically, I took my hometown as a research case: I have been living in Vianen since 2012 and the city really needed new energy. So I took matters in my own hands and started a one-year project to build the city using a bottom-up approach.

First, there was a need to research the challenges at hand in Vianen. I had personally encountered certain problems, but now I was going to find out if there were other citizens struggling with the same concerns. The next step was to find out if the municipality wanted to  tackle these matters and if not, look for citizens willing to help address them. Alternatively, I could maybe do it myself.

Hence, I bought a caravan and travelled each week to a different neighbourhood. The first week the caravan was placed at the main shopping street, where about 20 people shared their concerns and ideas  about their city. Most of them were adults (between 40 and 70 years old) highly educated, some retired, some entrepreneurs. They were excited and wanted to know what a caravan was doing on the shopping street. Most of them indicated a desire for more cultural activities on the street, and to fill up the empty shops.

The second week the caravan was placed at a high school, where teenagers expressed their ideas. They wanted better sport facilities, improved bike lanes and a place to party or chill out.

The third week the caravan travelled to a predominantly social housing neighbourhood, where most people live in apartment buildings and a large part of the population has a migrant background. People there were asking for more spaces to meet each other, more space to park their scooters, but also for advice on how to find a job or how to fill in tax forms. Some kids suggested building a skatepark or creating a soccer field.

On the final week the caravan was parked outside a shopping centre. It was rainy and not many people were out on the streets, but those who came were asking for more outdoor social activities, a walking route, a pop-up store.

The caravan tour finished in front of the old city wall, where most people were tourists and  elderly citizens, who suggested placing more information boards, touristic routes and places to meet people and engage in cultural activities.

After a month of traveling around Vianen, 90 small yet important challenges were collected, more than 120 people spoke up, and a number of walks were undertaken to find out more about these places. 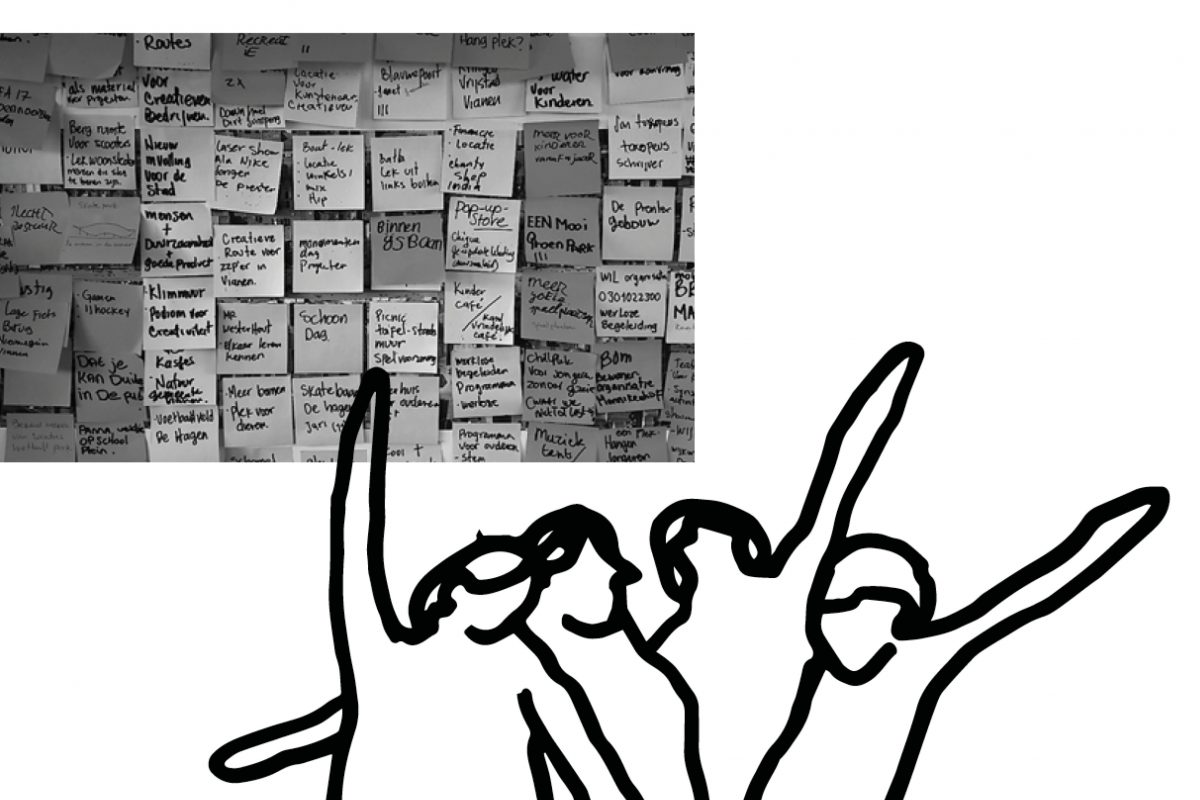 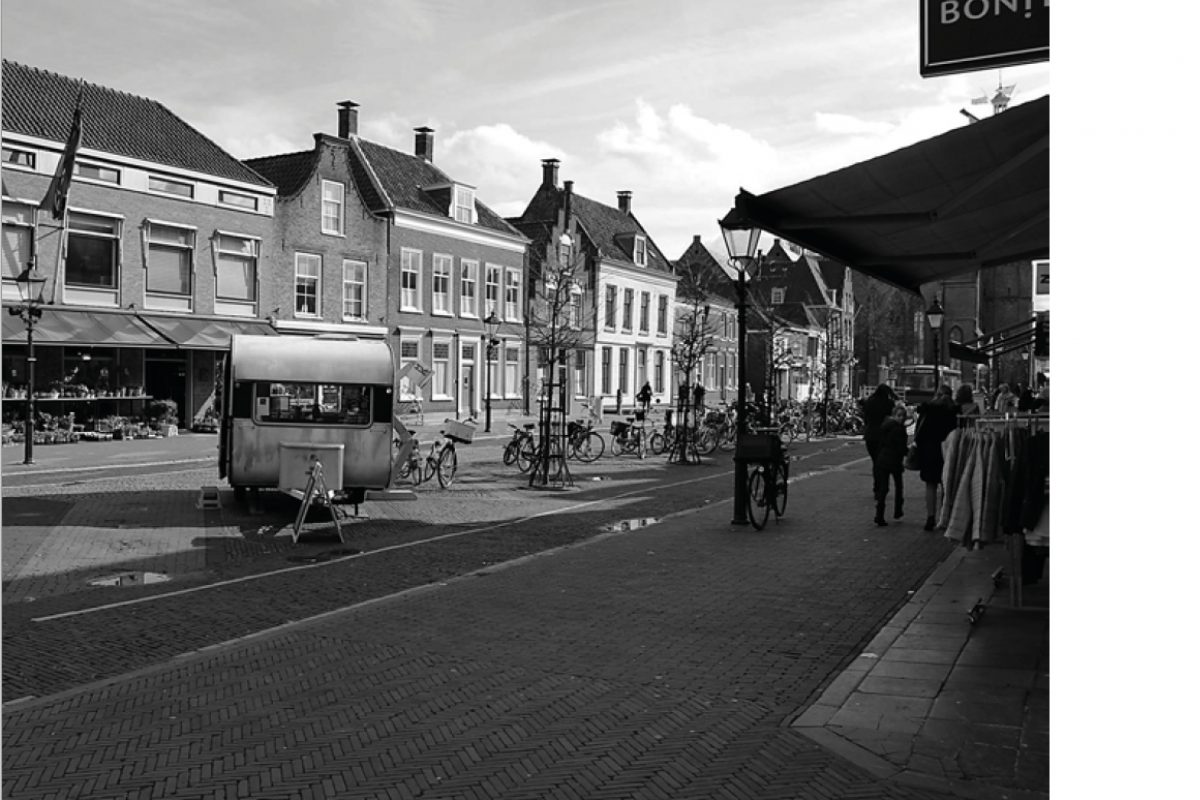 Afterwards, a group of about 30 city makers was contacted. They were enthusiastic about their city and not afraid to get their hands dirty when necessary. A poll including 12 projects in 4 categories was published online. As a result, 4 project plans were developed. Since the municipality did not have funding available, a crowdfunding campaign was launched and it raised € 2000.

The projects were highly diverse, incorporating different products and activities.

One of them was a podium for local talents where an event named ‘Cultural Sunday’ was hosted. It received more than 750 visitors and 50 participants. Then we had a football tournament on a laser projected football field and organised an event to experience the historic city from the water with kayaks – about 50 people attended. More tactically, we opened a pop-up store to display local products and services, installed 3 picnic tables in a park, and opened a do-it-yourself workshop where people can come to build and fix things using the tools and knowledge from local experts. Another great initiative is Casa Hispanica Vianen, created to share the hispanic culture with other residents of Vianen. The club currently has more than 50 members. Lastly, we supported local skaters through a co-creation session to ask the municipality to fix up the old skatepark. The old skatepark is now being renovated and is expected to open in December of 2019. Currently we are working on creating a walking route with benches where people can take a break and get to know the neighbourhood. In 2019 we hope to start an urban garden, for which we already have a piece of land, wood and a sea ship container. 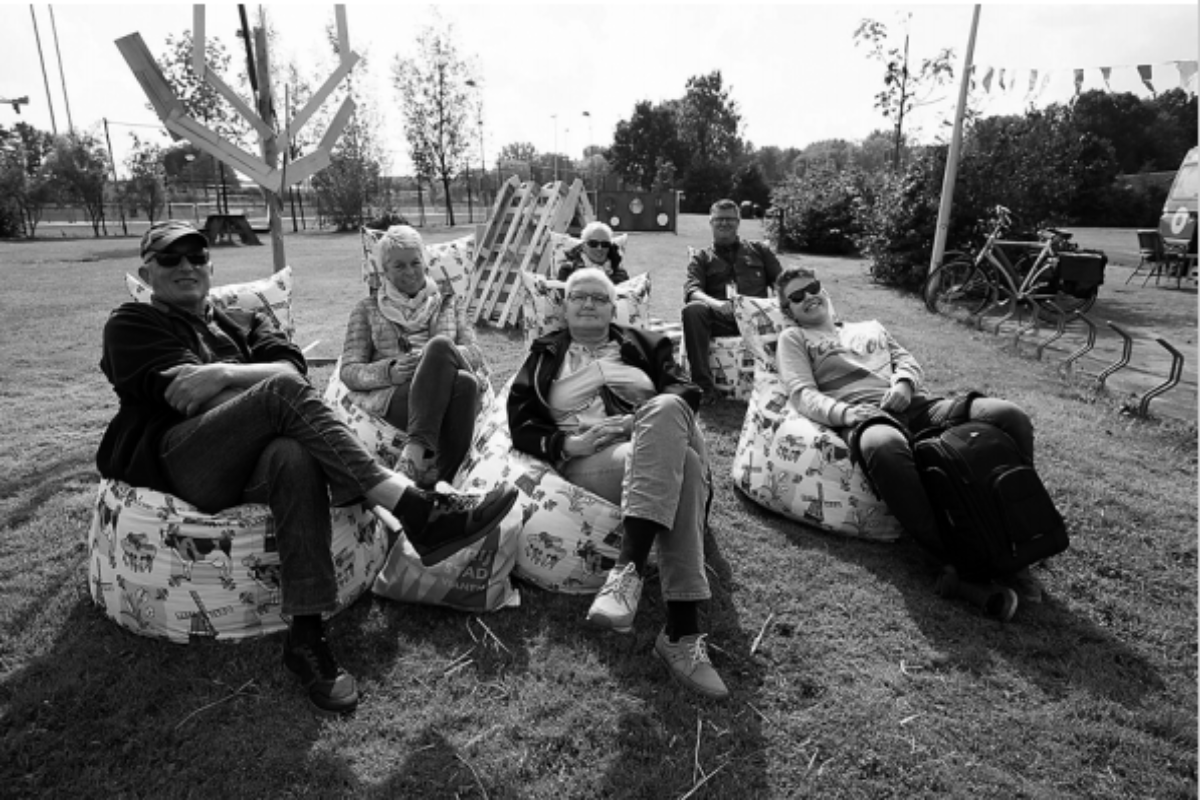 Because of the experimental approach of this project people had more realistic expectations and were willing to help when they could and in the way they could. Moreover, the solutions were not permanent which made them cheaper and faster to realise. At the same time, looking for funding and other resources was a very slow process, and took many hours of lobbying. If the initiative were to be repeated, I would probably use the same experimental approach but I would give myself more time to find the resources and to arrange funding.

Overall, the result was very fulfilling. We saw how everyone contributed to the results of the projects we started. Still, at the end of the day it is up to the citizens to judge if these project where worthy of our efforts. The city-maker mentality is about creating solutions and not about merely complaining while keeping your arms crossed. That is what I wanted to show. 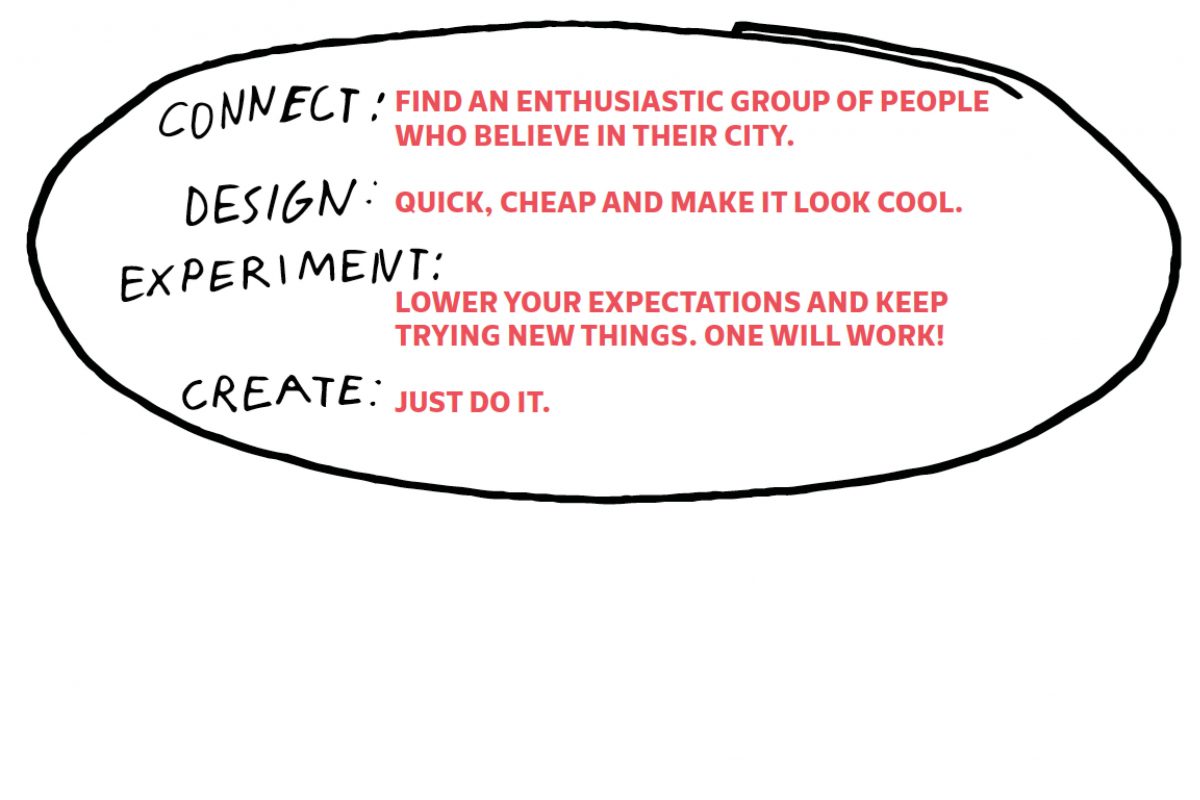 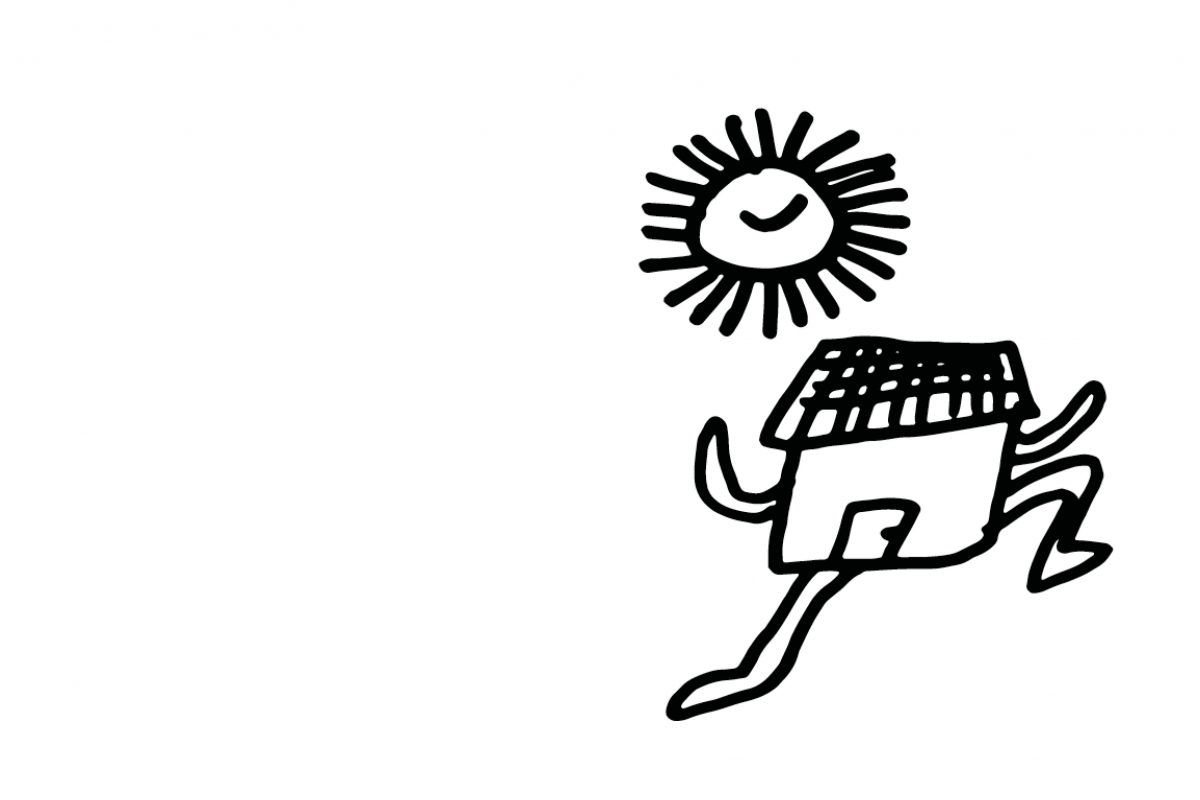 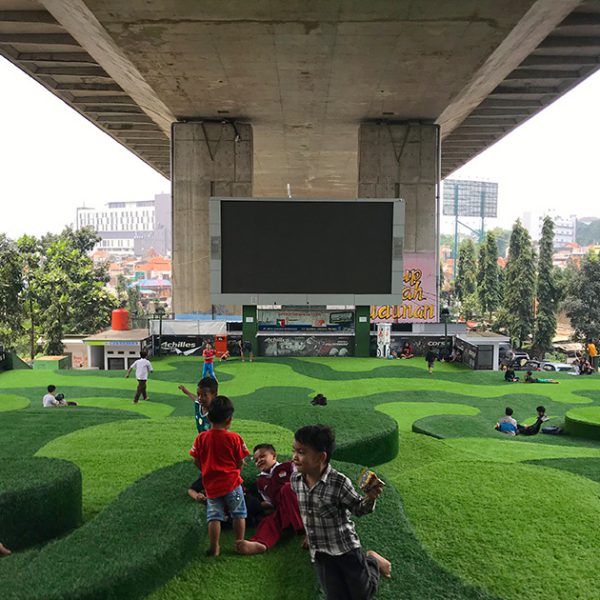