HOW TO START TO BUILD A CITY WHERE EVERY CHILD COUNTS

Nuevo San Pedro, Ciudad de Dios and Nuevo Buenos Aires are three neighbourhoods with youthful populations, located at Km 975 to the Pan American highway, north-coast of Perú. Altogether, they house around 1700 people in approximately 55 hectares. These communities have been owners of these lands since 1988 after the rural community (territory owners) granted them with lots in this zone. Although in these lands they would have been safer from floods than in their original villages, back then few families moved due to lack of resources. In March 2017, great floods devastated their original villages and farms. Unlike previous floods, this time the devastation was considerably stronger and forced communities to seek refuge in the lands of Km 975, where a shelter was installed for them. After the emergency, most of them decided to stay there permanently, and a new city was born.

The project “Recovering children’s lives: Urban space and emergency”, with support of BvL Foundation, was designed to transform shelters like “Km 975” into a healthy, safe and stimulating urban space for families with children from 0 to 3, pregnant and nursing women. Thus, in a period of 2 years, the project aimed to help in the design of a shelter management model focused on children needs, perform an urban-participatory intervention and strength the local capacities in shelter management and early childhood caring. Nevertheless, in this new scenario in which a shelter becomes a city, it was necessary to re-think the project and its interventions in conjunction with the communities and, especially, with the children. 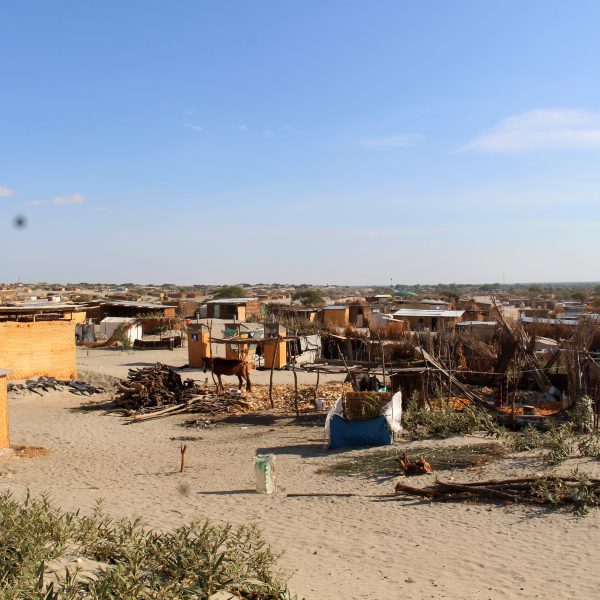 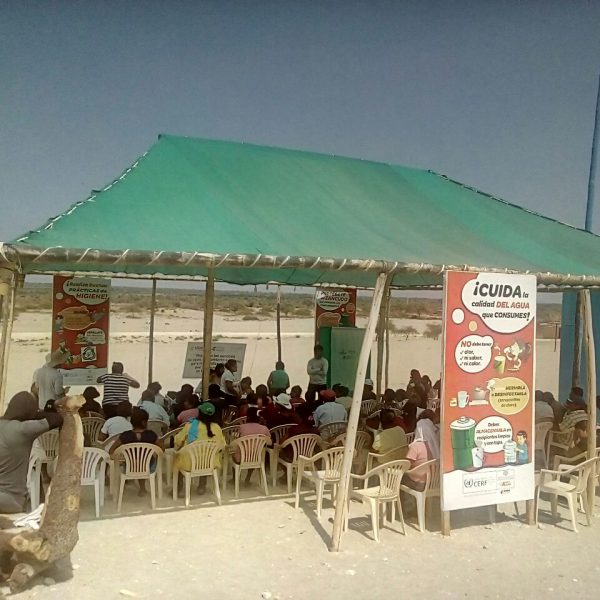 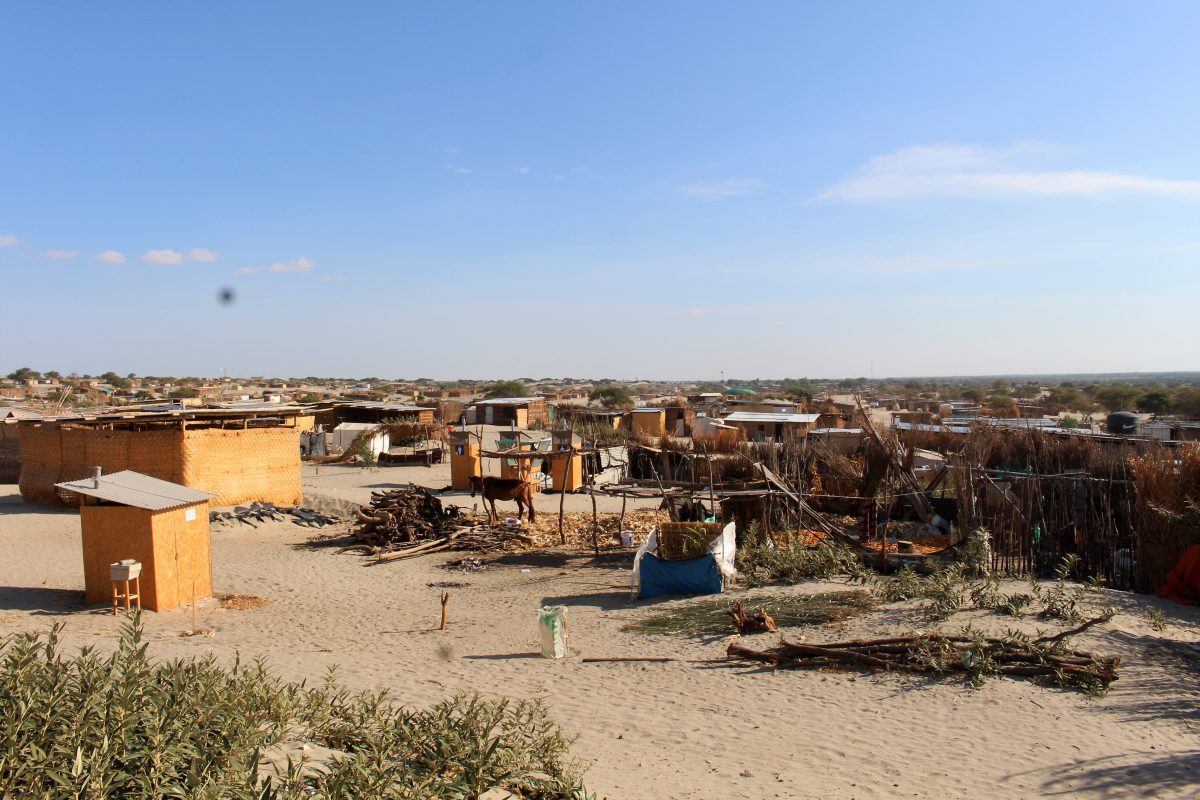 We first needed to gather the new concerns that have emerged in the populated centers one year after the disaster, especially those related to the children’s needs for mobility, use of public space, security, sanitation and opportunities for recreation and learning. Therefore, we first contacted the leaders of the populated centers and explained to them the purpose of the project and our desire to know their current situation, so we could build together an intervention that would really help them.

As a project that works with families affected by a natural disaster, we needed to consider the socioeconomic and socioemotional status of the inhabitants. Hence, the project started from two approaches: community development and resilience. Thus, workshops and surveys were carried out to understand the situation of the families and children in the community. Knowing the main concerns of adults after the disaster allowed us to know their high motivation to resurface as a community, but also their tough economic situation. This has driven them to be well organised: each populated center has distributed responsibilities in committees, including one in charge of children care. A well-structured organisation has allowed them to easily coordinate with the civil society and international cooperation, and to develop initiatives to grow as a community.

On the other hand, while exploring the urban space needs of children, we were able to notice how conscious they are about what surrounds them. They were able to express not only their main space concerns but also those of their parents. And despite the hard situation they have been experimenting, they still show the vibrant energy characteristic of their age.

WORKING FOR THE CHILDREN: THEIR URBAN SPACE NEEDS

When you arrive at the populated centers, the first thing you notice is the harsh weather conditions which limit people mobility. The dwellings are located in the rural zone of the Cura Mori district, where the temperature can reach up to 35° during the day. The lack of trees and tall structures makes it hard to find shade when the sunburns.

Except for some streets with affirmed land, no road infrastructure has been made. In these conditions, families use carts as a means of transport. Built from old car wheels and pulled by donkeys or horses, these carts represent an ancestral tradition among families. Otherwise, the only public transport available is the “moto-taxi” (known as tuk-tuks in other countries). As there are no sidewalks and none of the tracks are asphalted, pedestrians, motor vehicles and animal vehicles transit in the same road. This, combined with the lack of street lighting, makes the streets a dangerous zone at nights. 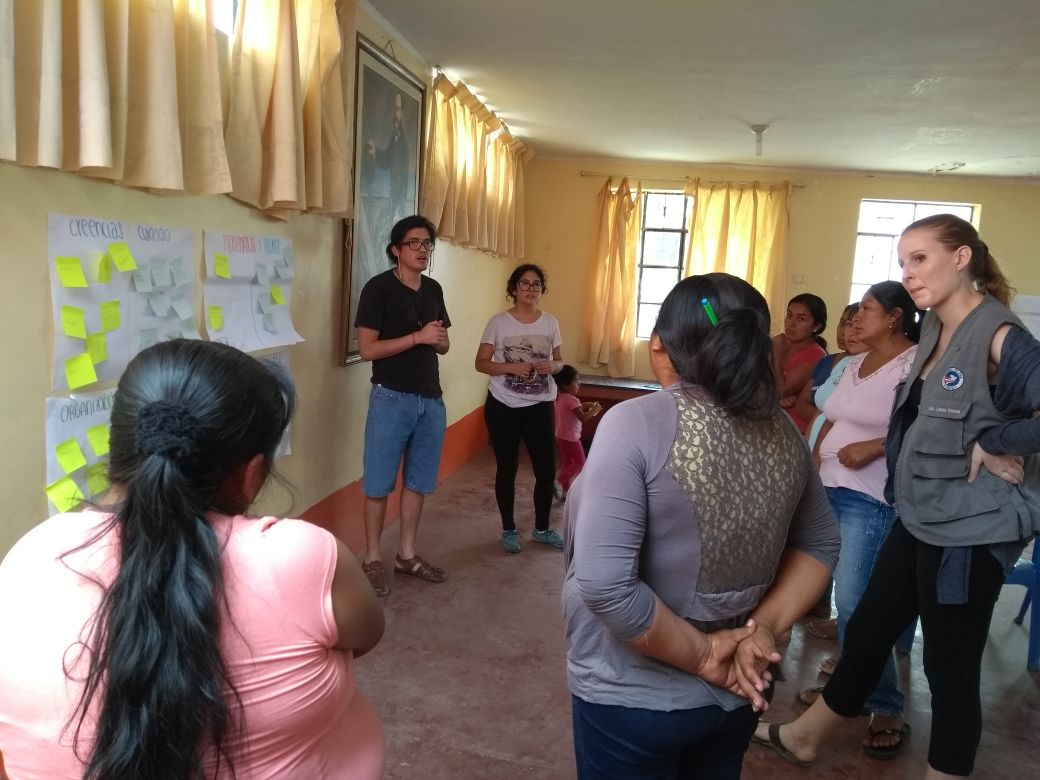 As insecure as the spaces are, children are forced to transit them by their daily routines. Schools are far away from the populated centers, and most children must walk to get there. Also, the few child-dedicated spaces (e.g. playground with shadow) are sometimes far away from their homes. There are lots of open spaces, but they are mainly sandy zones without green areas anywhere. In this context, it is not a surprise that workshops with the community have revealed that one of their major concerns is the security of children in terms of skin damage, road accidents and kidnappings.

The lack of security in the public realm is accompanied by the lack of vibrant spaces for children. Although some “playgrounds” are available, most of the time they are basically a small zone with a shadow that does not necessarily represent a healthy and stimulating space for them.

BUILDING BRIDGES BETWEEN ACADEMICS, GOVERNMENT AND POPULATION AFFECTED BY THE DISASTER

Although providing safe and stimulating urban spaces for children is a strong component of the project, we are conscious that strengthening capacities of the local population in early childhood caring and development is likewise important. Hence, in this initial phase, we worked together with “community promoters”, women from Cura Mori’s populated centers hired by the municipality and regional government during the emergency phase of the disaster. They make a great link with the communities as they are very familiarised with the area and know many families and their children.

In return, we have trained them in the assessment of early childhood development and in the application of poverty indicators questionnaires.

In the same way, the National University of Piura has been a key partner in the diagnosis phase by providing academic advice and volunteer students from different backgrounds (architecture, psychology, educators) that are highly familiarised with the reality of the region.

Finally, it will be crucial for us to reinforce the relationship between the government and the communities, and to strengthen the capacities of government officials to be sensitive to early childhood development and urban space needs. Also, we have been able to identify state tools like the municipal register that would ease the identification and location of children after an emergency, and thus the articulation of services for their attention.

– We faced a space that it is neither in an emergency situation nor has a temporary projection. The populated centers of Km 975 are just starting to consolidate as a permanent urban space and, thus, it is a crucial moment to shape the space where the early childhood develops and will develop in the years to come.
– The populated centers feature plenty of public spaces. Thus, it is important to consider possible arrangements to ensure healthy, secure and vibrant spaces for children. In the context described, shade represents a central character from which the public space must be conceived and a possible focus of the project’s intervention. Shade trees that already exist in the area could be a valuable addition to the place, providing both shades from the scorching sun and bringing an opportunity to raise awareness about how valuable trees are to combat global warming.
– Build upon the existing social capital. The strong organisation of the communities and their good relationship with civil society are important strengths that could counteract the existing deficiency in the urban spaces.
– Every child counts. To keep the municipal register updated will be crucial in future emergencies to assist local early childhood. In a region prone to disasters, this must be a priority task to a pursuit in the near future.
– Children have shown us that disaster does not take away the opportunity to give up your dreams of living better, that building a new city is possible, and that working in a community is still the best way to live. They have taught us that walking with them is important, that they know where and how they can play and live better, and that living better means being with the people you love, who take care of you and your pets. 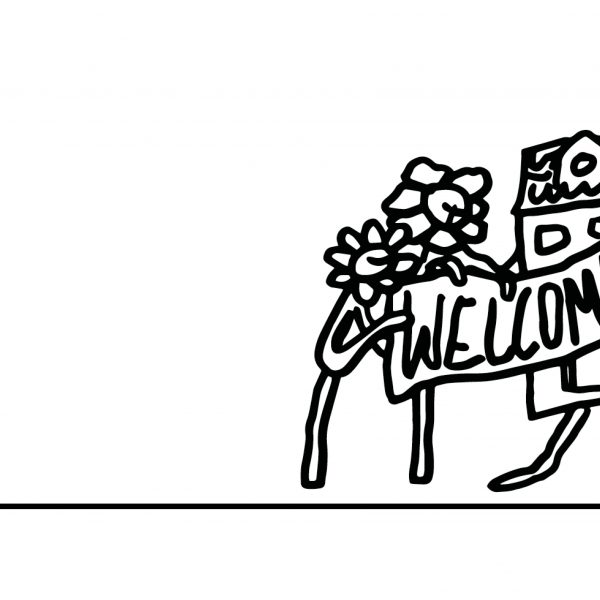