ADVERTISING TAKEOVER
OF THE PUBLIC SPACES

It is happening all around the world. The term “visual pollution” encompasses different visually unattractive elements of the urban landscape. This type of pollution doesn’t necessarily have to be connected to environmental damage, it is more of an aesthetic issue that can vary from one person to another.1 Often are not aware of it but it does have a strong effect on us. It accompanies us on our way to work, during our lunch break or even at home by looking out through our windows. The World Health Organization determined that people who have a bad view are 40% more likely to fall prey to depression.2 But what is visual pollution actually? And what can we do about it? In this article we get insight in the situation in Bratislava.

Bratislava, the capital city of Slovakia, has little over six hundred thousand inhabitants. It has a rich history as the coronation city for the Austro Hungarian Empire. The problem with commercial advertising is visible just by entering the city. Next to the highways are dozens of less appealing, non-conceptual billboards. The problem in Bratislava is that commercial advertising not is regulated, not even in the old city centre. All advertising boards in the city with a surface area bigger than 3 feet were counted, a number of 9600 advertising boards.2 Businesses found ways around the law, and started to use much more creative and low cost constructions. This let to more visual pollution in the streets and the city council was unable to control or regulate them. The law stated that if you display advertising in public space with its owner’s permission of is the owner is unknown, you don’t need official permission from the city. But recently things changed in Bratislava and this law was changed in 2016.

Frans Jordaan, Deputy Chief Landscape Architect, Department of Environmental Affairs and Tourism, wrote about the impact on city pollution in “The impact of outdoor advertising”. He explains there are several levels on the impact of advertisement in a city. Advertising could have an impact on a sense of place when walking in the historic city. It could lead to disconnecting from the historic value or create a physical barrier between the in and out side of a building. The brightness of the display are not regulated, so this could lead to light pollution, with a negative effect on residential buildings near to these displays. Because of the high amount of different kind of advertisement it could give the sense of disconnection with the value of public space. Not something you should take care of, people often don’t care about their surroundings. But recently people identify it as pollution and several NGOs started to fighting against commercial pollution in Bratislava and surrounding areas but it’s a slow and hard process. 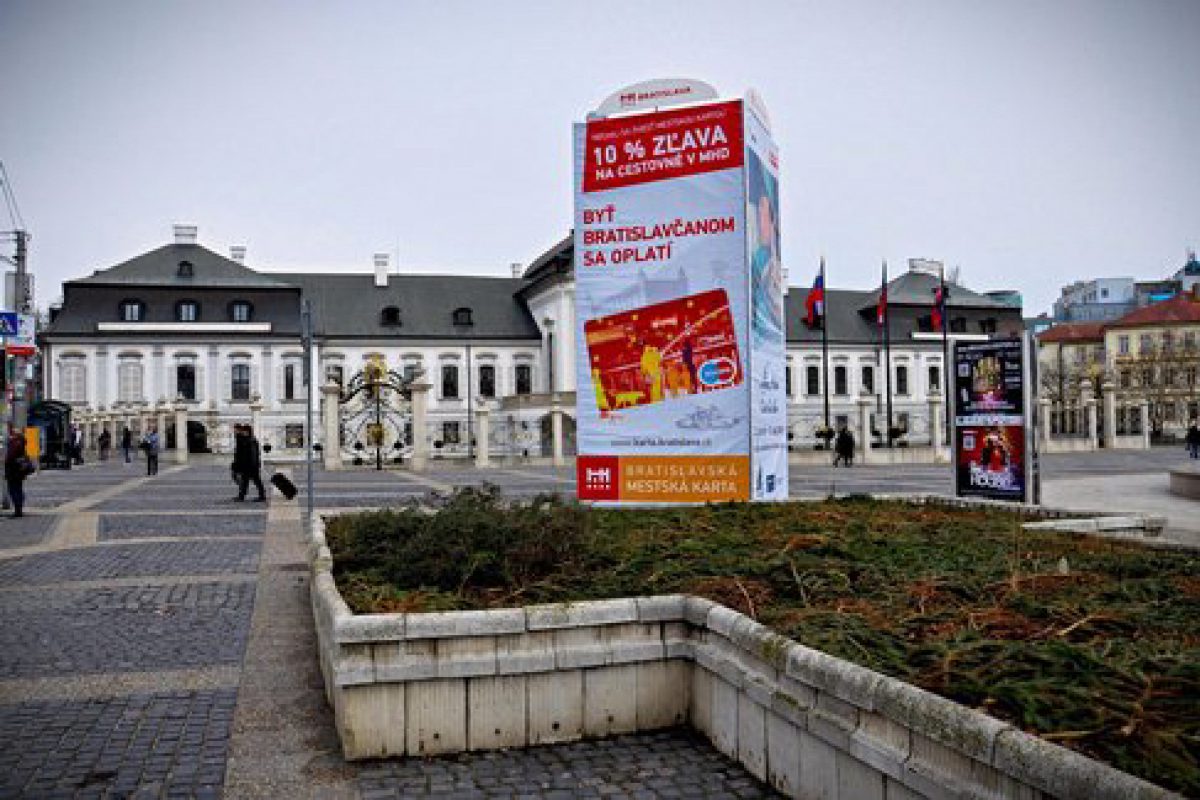 The city council in 2015 actively rented a few sites for advertisement to different advertising agencies. The agencies need to several conditions in count like taking care of the surrounding area and the state of the advertising boards. Businesses could also license advertisement board, which is signed and registered. These actions could give the city a better control for regulation, to create a map of ads and to facilitate the control the of legality “ad boards”. But nothing can really change until Slovakia has a new building law in place (recent law is from 1970´s) where transparency and clear rules for outdoor advertising could be implemented.

THE CITY IS TAKING BACK IT’S POWER

Not only the council is making first steps, but NGOs and residents themselves run many projects in solving this problem. Take the project “Obchodná street”, a project about reducing the number of ads and creation of a design manual for commercial advertising in one of the Bratislava’s most frequented pedestrian shopping streets, run by a postgraduate student from the Faculty of Architecture at Slovak University of Technology. Many students act out of frustration and vandalize the boards to get attention and to take back their ownership of public space. One student even had to pay the price of spending some time in jail, but later on the ad board was uninstalled, made it in the papers and was invited by the mayor to talk about the problem of outdoor advertising.