Superkilen is an urban park project in Copenhagen designed by SUPERFLEX in collaboration with architectural firms Bjarke Ingels Group (BIG) and Topotek1.

Superkilen is divided into three main areas: The Red Square, The Black Market and The Green Park. While The Red Square designates the modern, urban life with café, music and sports, The Black Market is the classic square with fountain and benches. The Green Park is a park for picnics, sports and walking the dog. The park was commissioned by the City of Copenhagen and RealDania.

SUPERFLEX developed the concept for Superkilen using what they defined as ‘extreme participation’ as a strategy to engage residents around the park, an area known as one of Copenhagen’s most diverse neighborhoods. Residents in the immediate vicinity of Superkilen come from more than 50 countries. SUPERFLEX asked local residents to nominate specific urban objects encountered in either their country of national origin or in their travels abroad, including benches, bins, trees, playgrounds, manhole covers and signage. The nominated objects were either produced as a 1:1 scale copy or purchased and transported to the Superkilen. SUPERFLEX traveled with five groups to Palestine, Spain, Thailand, Texas and Jamaica in order to acquire their nominated objects and install them in the park. In total, over 100 different objects from more than 50 different countries are installed in Superkilen. 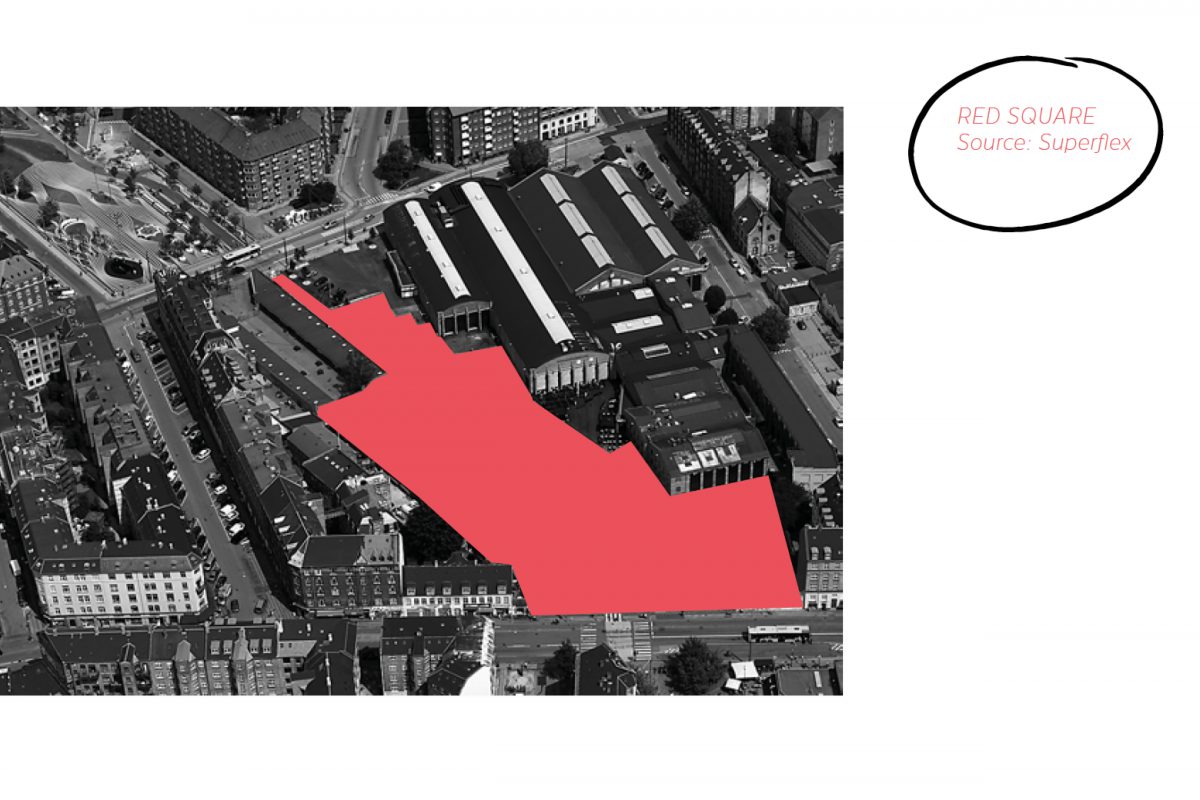 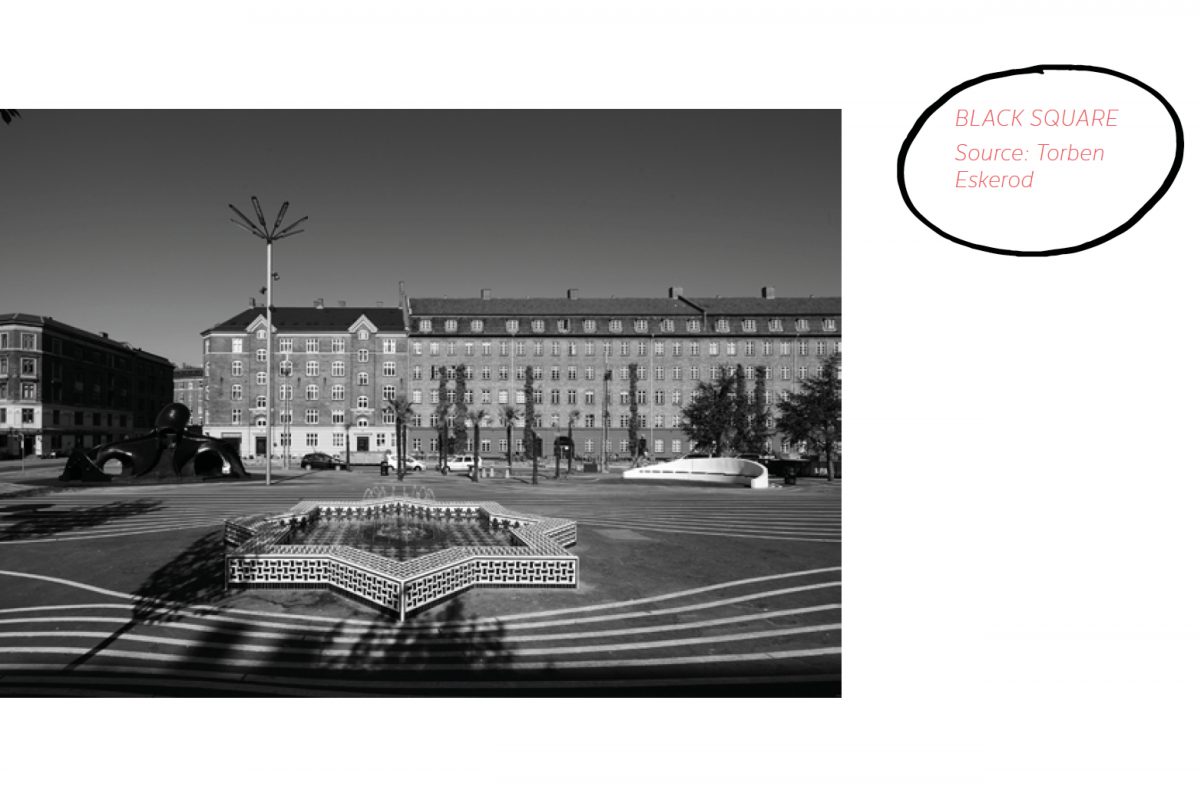 Although common, and not special in their typology, the objects were supposed to have certain qualities: each “amazing, unique and special”, such as the fountain from Morocco, which refers to a tradition of artisanal water features. Nanna Gyldholm Møller from BIG puts it like this – the project group wanted to have “the best practice items from all over the world.” She recalls the group’s first visit to the area, when its members noticed that the litter bins and the telephone boxes were blown up and that almost everything was destroyed. “However, the City Council had only the cheapest telephone boxes installed. Not everything was good quality; so we decided to give the people better things.” Choosing objects because they were considered to be exotic or politically correct was never an issue. Besides the expected design qualities, the objects should have been able to create relationships with different people and to establish, in this way, emotional connectivity.

The objects were bought from catalogues, reconstructed from photographs or built anew on site. Some were redrawn, modified according to technical, economic or legal requirements and finally produced by Danish firms. Some were done in collaboration, such as the giant Japanese Octopus, built on site by Japanese and Danish workers. Accompanying, misunderstandings, mutual approximation and translation were obvious issues, not only in regards to the octopus but to all collaborations and productions commissioned in Denmark. Yet, Jakob Fenger points out that even a 1:1 relocation means translation. “I think it is always translation, like if one takes an object and places it in a new context. By doing this, it develops a new life, a new meaning, a new reason to be there and to be used”. Martin Rein-Cano pushes this thought further to issues of migration. Being a migrant himself, he looks at migration as a translational process that creates something new in the end. “This transformation is going on when you move from one place to another. You learn a new language; you start to translate your original language. So, you relearn, to a certain extent, your original language, and simultaneously you start to question it. The new language opens a new way of thinking.”

However, what is positively described here also raises debates about integration, cultural incorporation and annexation – sensitive and heavily debated issues also in connection to Superkilen. It is probably time to mention here that neither cultural incorporation, nor the debate about it, is new. Both have been an issue in landscape architecture for “hundreds of years”, as Rein-Cano puts it. He is convinced that just the details have changed: “from the Greek temple, to Chinese, or Russian billboards and advertisement. The difference is that our objects are connected to the banality of every day and not to the idealism of Ancient Greece.” Although the big temples in the English romantic garden “are mainly copies and interpretations, sometimes resulting in a misinterpreted translation” Rein-Cano strengthens the creativity of such processes. 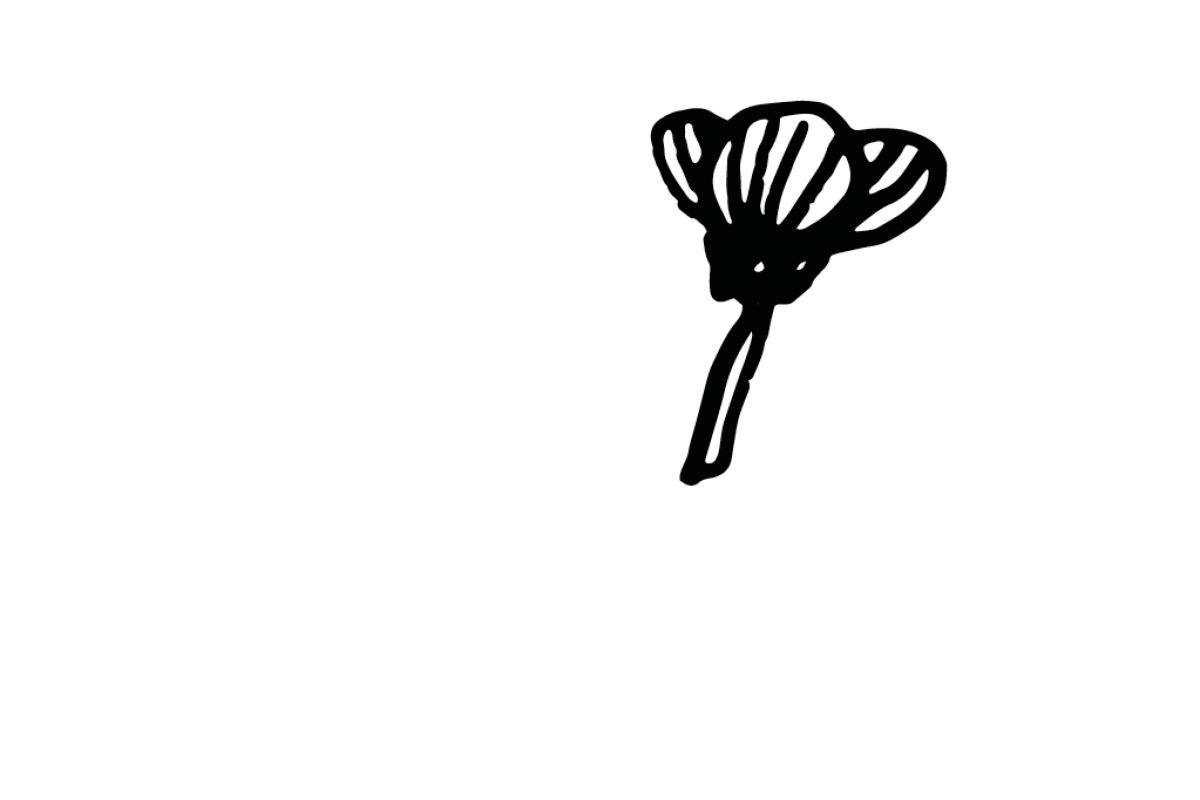 However, the copy and paste principle that he sees in the English romantic garden is also significant for parks such as the Tivoli or the Epcot Center. Rasmus Nielsen from SUPERFLEX points to this reference: “In the end, the park is this mash-up, gigantic Tivoli, with a big emphasis on telling stories about each object, and the constellation of objects together creates stories. Superkilen is not necessarily that far away from […] Disney’s Epcot Center, which was never made in the way that he had imagined it. Disney thought of it as an experimental prototype, a kind of park where you could experiment with different ways of living and seeing different places.” And, critics might add, it is not far away from consumerism, which has become an increasingly important political, economic and social factor since the 1960s.

Yet, even if the cultural practices of cut and paste can be found in many historic and contemporary examples, not only in the ones mentioned here, the questions about how to deal with cultural incorporation and exploitation critically, how to take up a stance beyond a purely consumerist, swallowing attitude, remain. In this regard, it might be helpful to recall montage techniques, which were developed by avant-garde artists and filmmakers. The contradictory constellations of, in principle familiar elements produce frictions that stimulate new (critical) readings and evaluations. In my opinion, Superkilen is full of deliberate and readable frictions as well. However, and this marks an important difference to avant-garde practises, it also flirts with the commercial sphere. The use of new technologies supports this aspect well: An application for smart phones has been developed specifically for Superkilen, which serves as a tool to inform about the project’s details. With this app the project team makes use of a popular gadget in order to get closer to its potential recipients accepting its vicinity to the world of consumers of smart phones and applications.

Now, let us have a look at the frictions: They can be found in the material of the objects themselves, in the constellation of objects, and in the relationships between objects and their surroundings. And it is exactly this that makes cultural incorporation and annexation at least very difficult. Some objects were cheaply produced originally – such as the neon sign with the half-moon and the tooth – but have turned into well done pieces, as in the case of the dentist’s sign, into “one of the most beautifully, perfectly made first-world objects”, as Martin Rein-Cano says. Its transformation speaks about different expectations in standards, for whatever reasons we can only speculate. Looking at this and other objects, one may notice little strange details caused by the changes – e.g. lowered swings, solid, shatterproof glass, graffiti protection surfaces – which stimulate reflection about security standards, regimentation, protection, economy, and nonchalance. Some objects – such as the bull – look kind of monstrous, others simply awkward – such as the barbecue grill from Canada, an object whose functional use is quite unclear at first sight.

Apart from the object’s appearance, symbols, motifs, patterns and signs slip into the Danish context, which may be considered as being alien, provocative, or simply folklore, depending on the position of the viewer. Furthermore, there are deliberate conflicting constellations, such as soil from Palestine and a manhole from Israel next to one another. Summarising, one could say that the objects kind of remain alien to one another and do not match fully with their surrounding. Yet, even if the objects “do not sit comfortably in the same space” – as one critic puts it, they inhabit nevertheless common space. This corresponds to Bjarke Ingels remark that despite the wide range of objects coming from different cultural backgrounds, Superkilen “has unexpectedly become quite tasty.” However, this does not necessarily mean that it confirms classical notions of beauty, as it is exemplarily expressed by Astrid Bruus Thomsen from Realdania. “Usually, when I see Realdania projects in connection with, for example, cultural heritage, I find them really beautiful. It is not so easy to see the beauty of Superkilen.” The tasteful and the tasteless reside next to one another. Superkilen offers visual coherence but disrupts this coherence in many places. It is “deliberately ambivalent” and challenges notions of “good looking”. Essentially, the visitor / reader / viewer is addressed twice  –  firstly in terms of his/her consumerist desires, and secondly, in terms of his/her willingness to partake in discourse. Superkilen provides and interconnects these two alternatives in order to manifestly complicate both a purely consumerist as well as an analytical or discursive understanding of them. The park, its objects and their relation to the surrounding are not completely seductive; there is also something hideously aggressive, uncomfortable about. 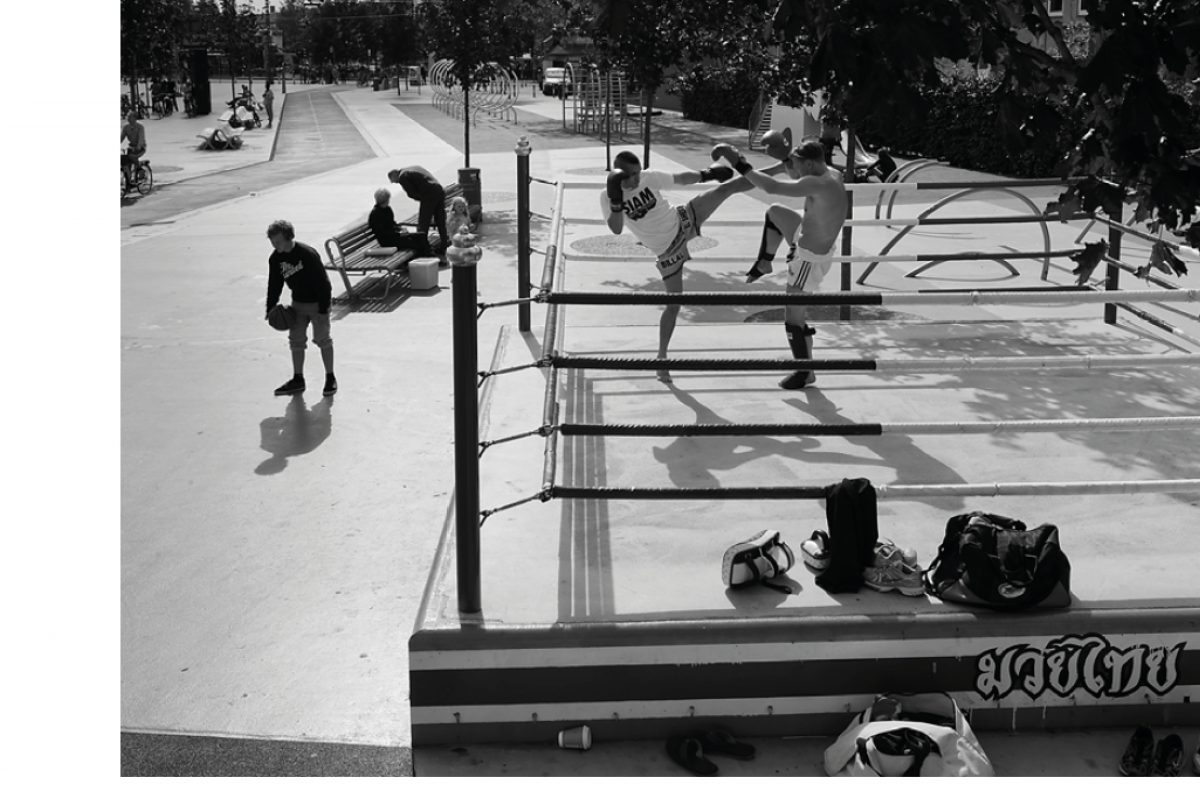 The objects were chosen after numerous sessions with people from Nørrebro, preceded by various modes of search. Ranging from announcements in newspapers, handouts to posters in libraries, and a call on the Internet, the intention was to get as many people as possible to propose objects. However, the proposals were first – as mentioned by Jakob Fenger from SUPERFLEX – mainly functional: “we want a slide, we want benches, we want a lot of light because of insecurity in the neighbourhood, we want more green, and we want to have a playground for the kids.” At first, only a few people suggested pieces directly. In consequence of this, a catalogue of objects was made, which should inspire people to move towards thinking about concrete objects instead of functions, something they were used to. The problems addressed with this procedure point to a cardinal problem of all participatory projects:

SUPERFLEX responded to this pile of problems with a subproject, in which they pushed citizenship involvement to the extreme. To put it differently: They set up five exemplary cases and asked people who usually do not show up in the announced meetings, mostly elderly people and kids: what they would like to have for Superkilen if they could chose everything they want? With them Jakob Fenger, Bjørnstjerne Christiansen, and Rasmus Nielsen travelled to Bangkok, Palestine, the US, Spain, and to Jamaica to research and find the longed for pieces. 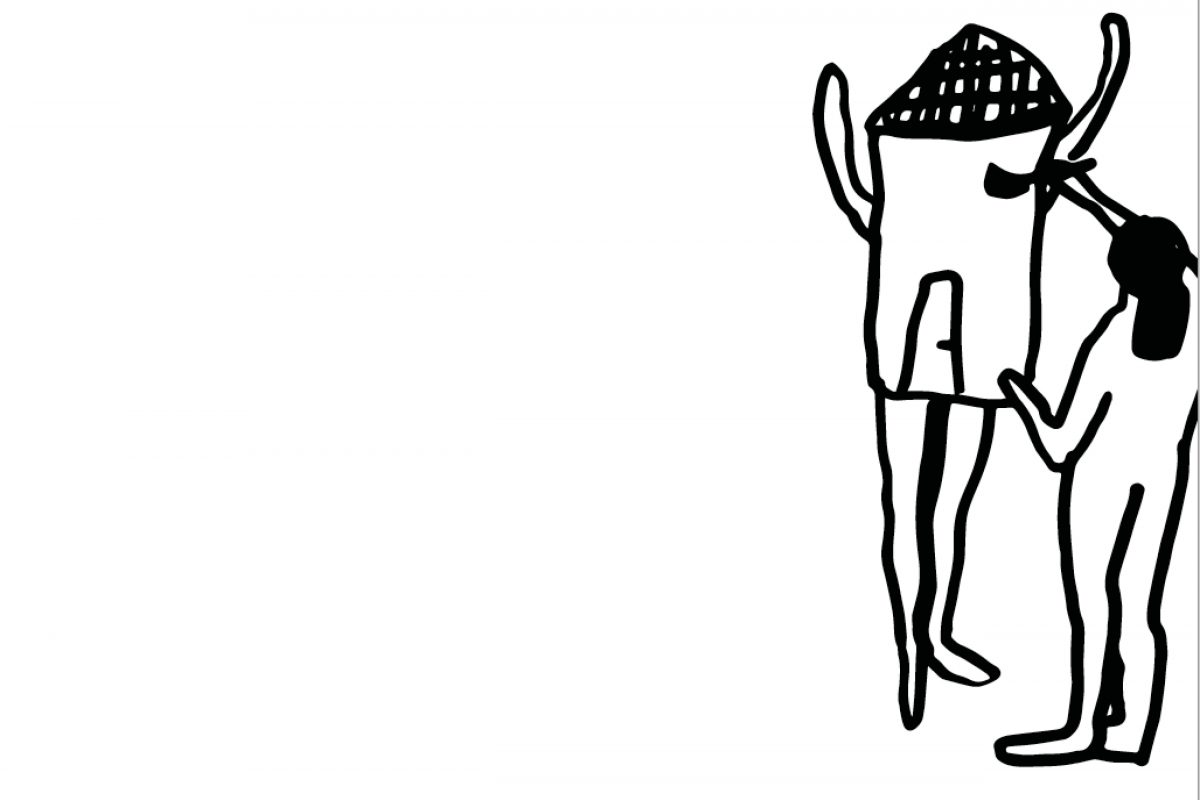 Apart from these very particular cases, the final selection was then done by a jury, which consisted of BIG, TOPOTEK 1, SUPERFLEX, and members of Kilebestyrelsen (board of administration). Actually, one must say that Superkilen is a curated project based on citizens’ involvement but not truly collaborative in all its single parts. The project team set up the frame, directed the project, and gave space to interests, views and desires not necessarily fully congruent with its own. Martin Rein-Cano admitted that the team was “not happy with everything at first sight.” At the same time, he clearly sees “the possibility to be kinky, without having to take the full responsibility for it.” He is sure that “without these accidents, it would not have been as great”, because the project team’s “’good taste’ would have not allowed the stupid bull or the tooth, for example.” The project team never retained absolute control of the results, but it also never gave up control; or as Bjarke Ingels puts it: “You resign quite a bit of the authorship but without losing control.” Yet, authorship was also challenged within the project group: although working closely together from the beginning, working methods and ways of engaging with the public differ slightly. Working together, incorporating chance, and letting other proposals in, basically meant to limit oneself as subject; authorship becomes contingent, permeable and, above all, receptive. 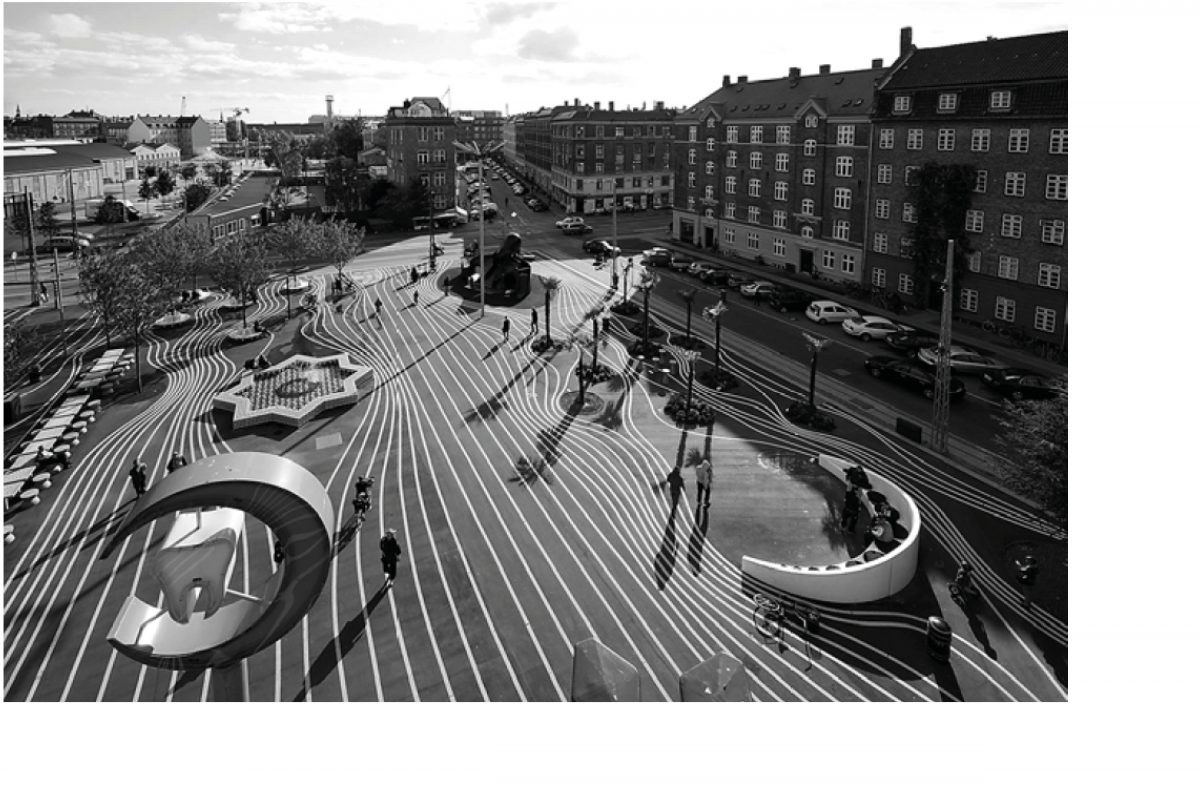 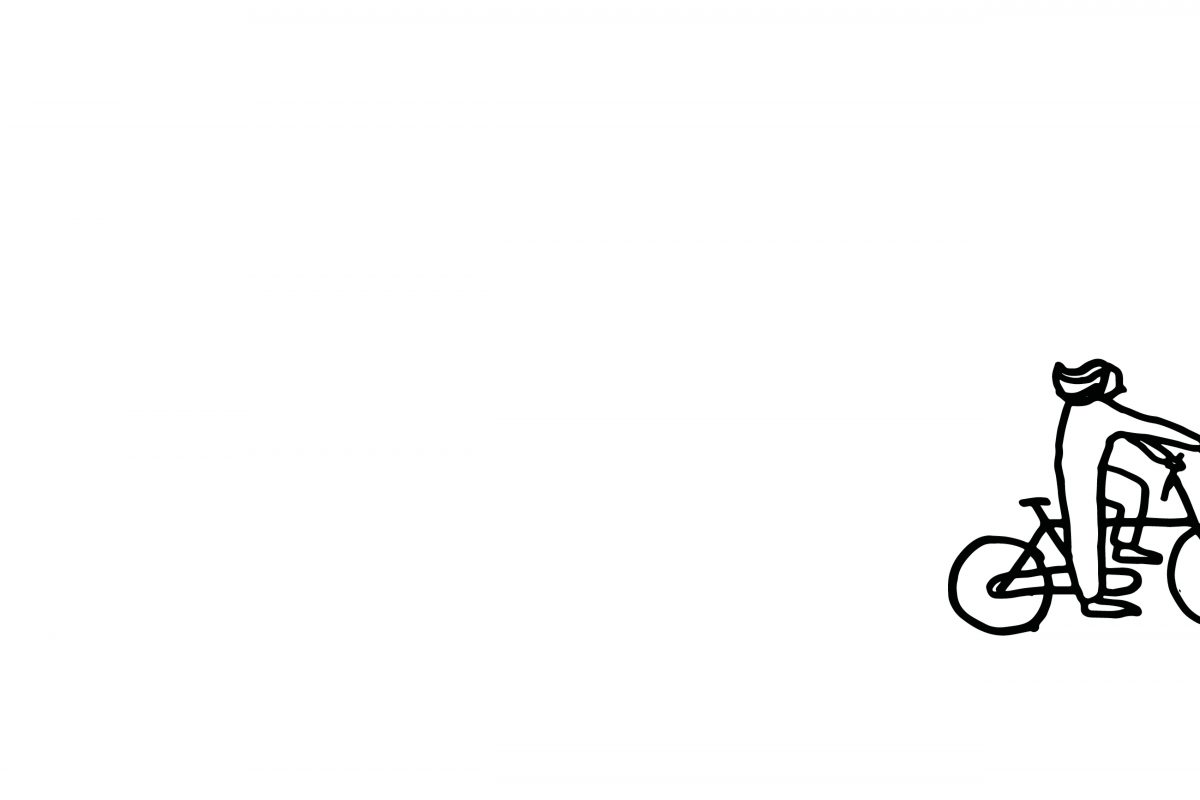 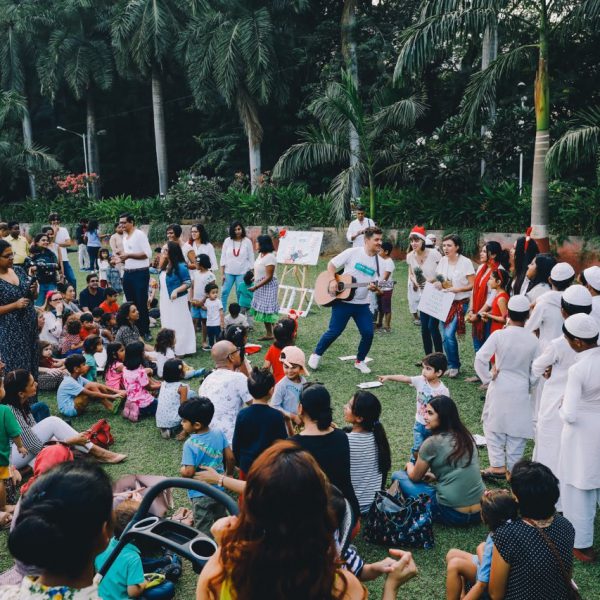 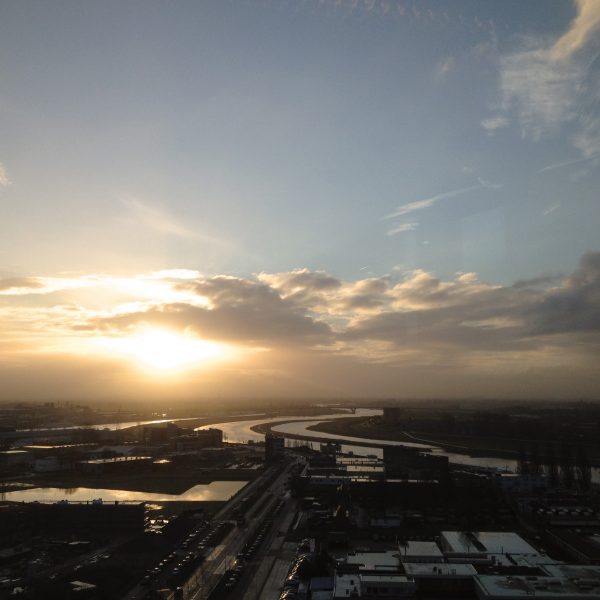