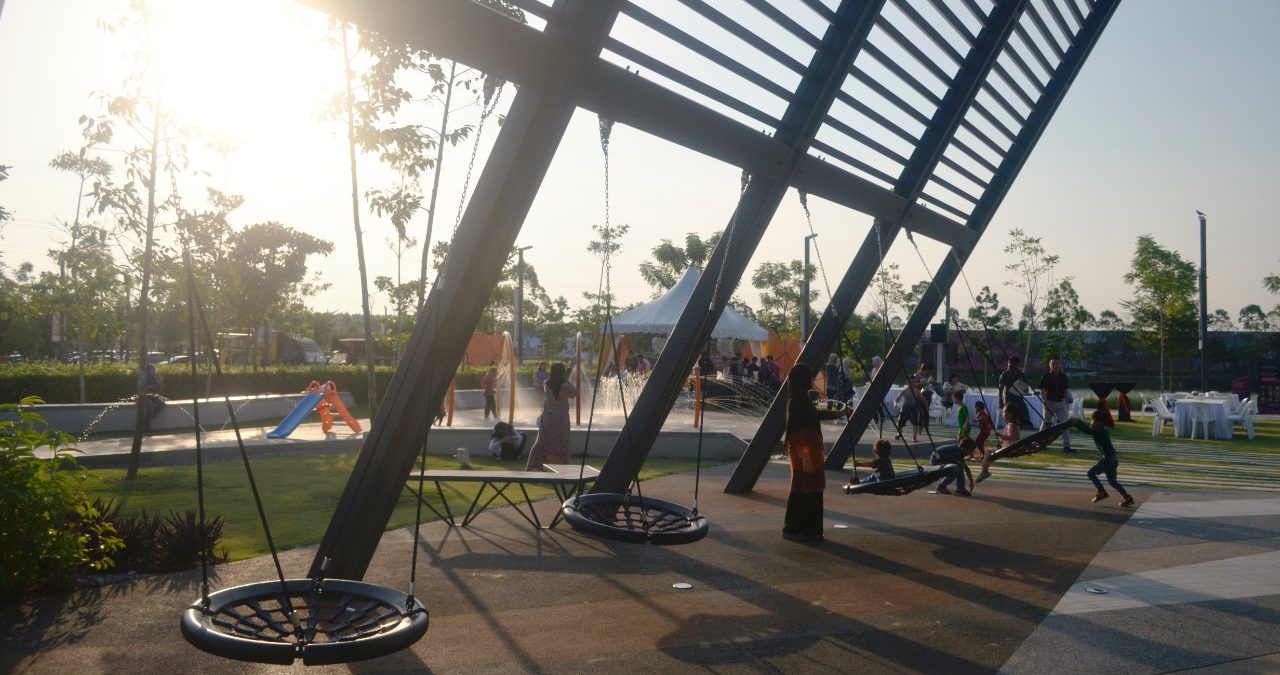 The project detailed in this article was undertaken during Mardiana’s tenure as Head of the Project Development Unit within the real estate arm of Gamuda, a leading construction and engineering company in Malaysia. Gamuda Land, as an early developer of townships in the Klang Valley, made significant contributions to the area’s growth, redefining how Malaysians could live their lives. They succeeded in turning land of little value in the suburbs into much sought-after satellite lifestyle townships. Gamuda had the first-mover advantage in many aspects. In recent years however, and in particularly sluggish market periods, staying best-in-class has become a challenge. More and more, the developer found themselves overtaken by smaller and more nimble competitors. Gamuda’s once unique selling points had become commonplace and lacklustre, particularly to the eyes of younger, more demanding millennials.

As the head of Gamuda’s newly formed unit, the onus was on Mardiana to look at several of the company’s new acquisitions and current roll-outs and find ways to ‘make them special’, preferably without an increase in initial capital outflow. She explains: “Simply put, there was no room for any increase in the construction budget. As a team, we decided that the solution had to be more creative — something that would require a fundamental shift in thinking and perhaps in (re)defining value.” 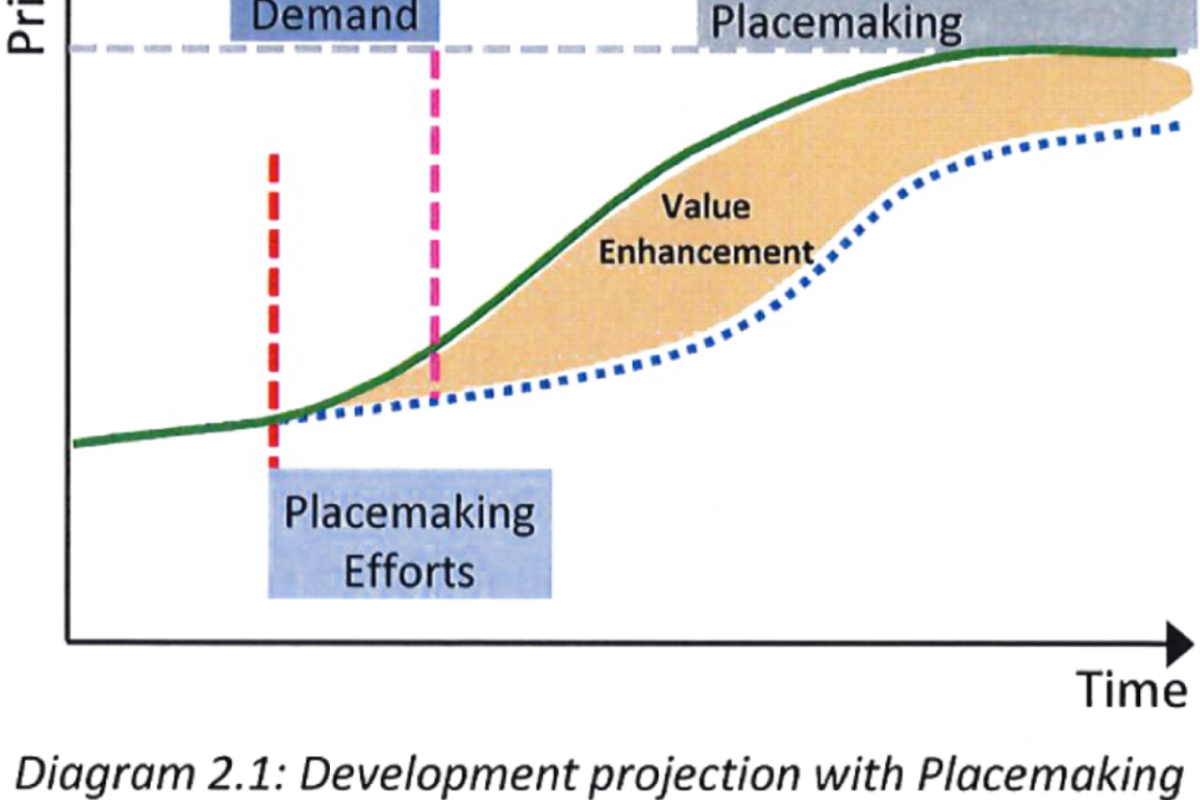 In order to know what change could be effected, one would typically do a SWOT analysis to understand their market position. The findings, however, showed that none of Gamuda’s developments were lacking compared to its competitors. In fact, this homogeneity itself was the very problem. It was concluded that a competition in ‘hardware’ — meaning in built-forms and infrastructures — would only mean that the next person could emulate and build the same. That would lead the team back to square one — of being one of countless other ordinary developments. Instead of competing to build more, higher, longer and bigger, the approach they had to take was of ‘brand and identity creation,’ more of a ‘heartware’ and ‘software’ that would ‘tug’ on the heart of the community and its users.

This is where Placemaking came in. It helped ‘breathe a new approach’ into the way Gamuda’s developments were delivered and how value is created and enhanced through the participation of the various communities and stakeholders. And where the developments are in new greenfield sites with no existing population, Placemaking was used to seed community creation.

“First, we had to align the various departments within the company as to what Placemaking actually entails. We had to collectively agree that Placemaking will consist of more than the typical ‘marketing events’ that developers are used to,” said Mardiana. “Placemaking is by design and not by chance. It is not an afterthought and must be built-in at the onset of any development and sustained long past the launch date or point of sale. Placemaking should be used as a ‘business tool’ to unlock the future value of the developments earlier, to help us react quickly to changes to consumer behaviour, trends and demands and to immediately capture value from these without having to build new infrastructure.”

The team understood that it is cardinal to build a business case around their Placemaking activities to ensure that it is treated as a long term endeavour, instead of a perpetual CSR. It must make business and economic sense, allowing for a win-win situation benefiting both the developer and the community.

Mardiana, together with her team, shortlisted what they termed as ‘The Five Commandments of Placemaking’ which are the five key guiding principles in choosing what sort of activities, brands, partners and priorities are incorporated into the ‘Placemaking Roadmap’ for each development. The five commandments are:

They further distilled the above into 5 main themes, which, based on market research, are identified as up-and-coming trends amongst Malaysians with sufficient ‘economic traction’ to ensure long term financial viability. At the same time, their implementation requires credible partners, preferably successful brands with followers or influence upon which the developer could leverage footfall. These themes are Urban Farming, Wellness, Animal Sanctuary, Adventure Trail and Creative Enterprise.

These themes are then applied at different scales depending on the context and target market of each development, using a Placemaking Roadmap that outlines which initiatives should be prioritised and who are the business ecosystem partners the marketing team could approach and ‘deploy’.

The success story is clearly visible in one of Gamuda’s smallest new developments, which was particularly challenged given it is surrounded by competitors five times its size, who have already had the first mover advantage. This development is called ‘Twentyfive.7’ whose name is not accidental. As much as it refers to its 257 acres of land, it more importantly symbolises how ‘time is stretched an hour more’ and reflects the ‘sleeplessness’ and dynamism it promises to bring to this area.

As soon as one enters the development, there is a positive vibe and energy that greets all visitors, generated by the participative residents and communities themselves. From the award-winning waterfront, to the ‘designer homes’, to the regular pop-ups housing small businesses and entrepreneurs, Twentyfive.7 turned itself around from being the underdog into the talk of the town. Placemaking has now rippled throughout this entire new district, to the benefit of Gamuda, its neighbours and above all, the communities who will make Twentyfive.7 their homes for many years to come. 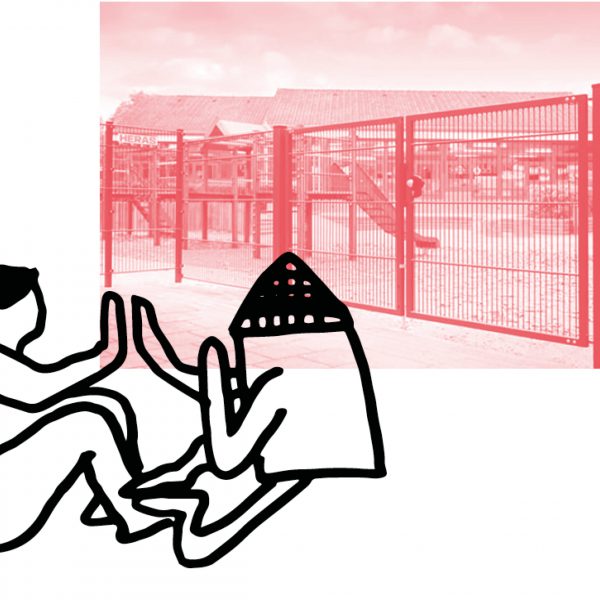 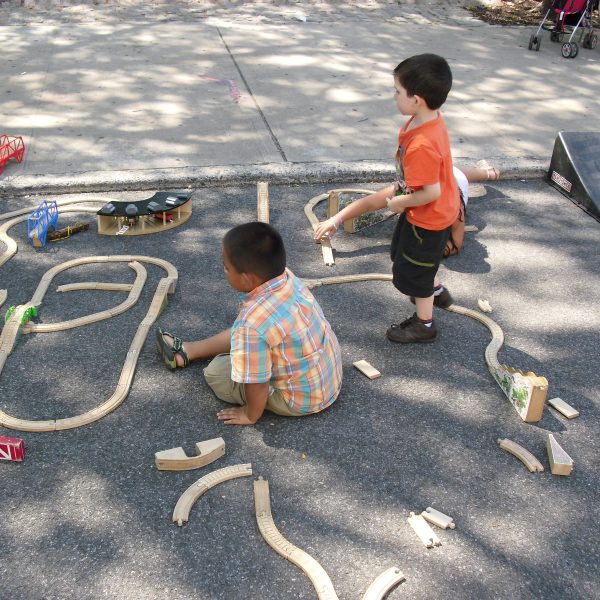 WHAT WE LEARNED ON 78TH STREET: MAKING PUBLIC SPACES WORK FOR ALL AGES