What happens to a city when there are no stable or affordable spaces for small creative entrepreneurs? With many community workspaces increasingly at risk of eviction, we began transforming a destitute plot of land into a vibrant co-creative space – Hof van Cartesius (Cartesian Court), a project located on the outskirts of Utrecht, the Netherlands. Creating this pioneering space, an oasis of creativity within Utrecht’s urban jungle, took four years of bureaucratic battles. In 2014, we began conceptualising a plan aimed at empowering  particularly creative makers with lower level incomes. This case study highlights the need to build upon these lessons and sheds light on the vital importance that new and sustainable bottom-up communities like Hof van Cartesius have on the local population. 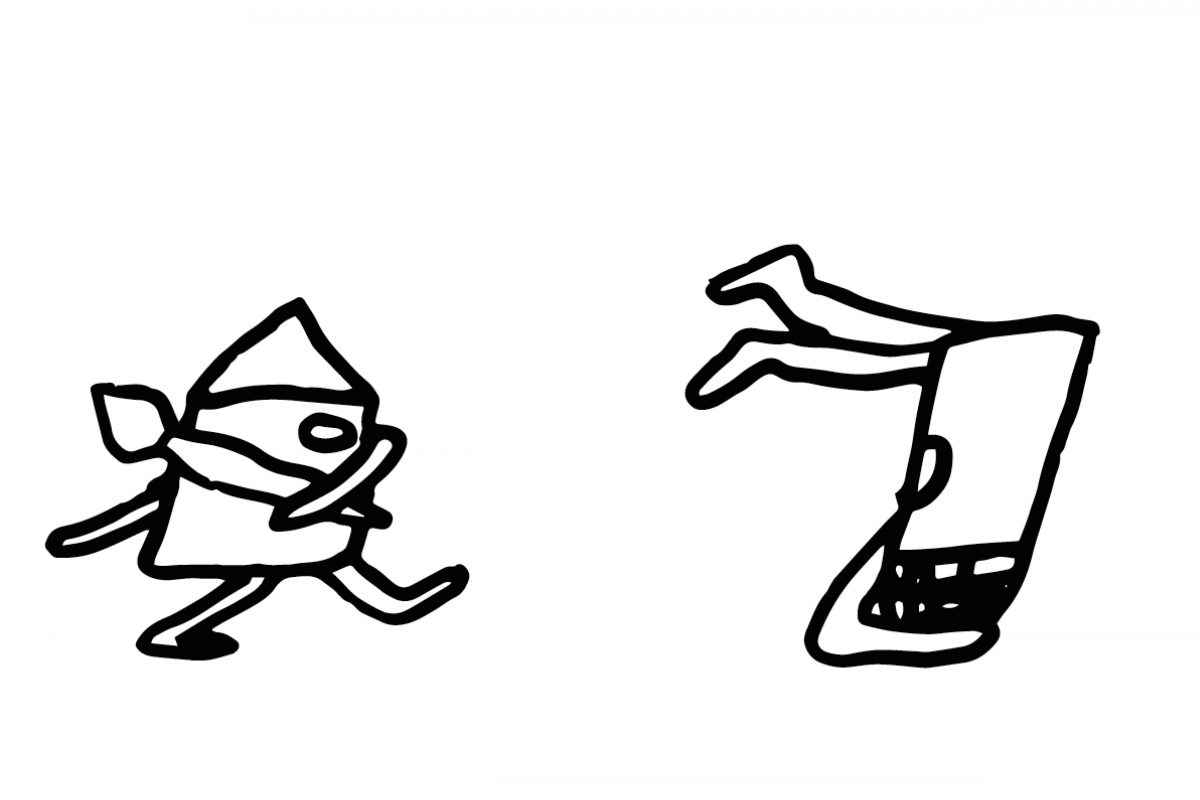 Open Call by the Municipality

It started when an urban planner named Charlotte Ernst reacted to an ‘Open Call’, from the Municipality of Utrecht, to design an “affordable, modular working space for creative entrepreneurs in Utrecht” (Gemeente Utrecht, Ontwikkelingsvisie Werkspoorkwartier, 2012). With its four core principles – a) a bottom-up community, b) immersed in a regenerative garden, c) based on circular and material-driven design and d) serving as a catalyst for the redevelopment of the neighbourhood – Hof van Cartesius won this ‘Open Call’. At that point, there was a shortage of affordable workspaces in Utrecht, as makers would temporarily reside in (previously) abandoned buildings with short-term contracts. This problem has its roots in high land and construction costs which increasingly price out civil society. The industrial ‘waste land’ in the Werkspoorkwartier neighbourhood presented itself as the opportunity to create a safe space for a community of creative minds who have been isolated by the growth of residential urbanisation. The plan tackled the lack of affordable workspace while simultaneously offering a sustainable solution to the problem of growing urbanism.

We were eager and inspired to develop this project and we identified three important stakeholders in the community: the municipality, inventors, and entrepreneurs and creative makers. We took matters into our own hands and initiated this cooperative association to unite all the entrepreneurs and makers, creating a financially viable grassroots organisation. We also found an investor who was willing to buy the property from the municipality.

Architecturally, the construction of Hof van Cartesius was based on a circular and material-driven design where the makers would build their own workspace from waste or second-hand materials. On the one hand, this decision meant that the workspaces would be constructed in the most financially viable way based on each individual’s (tight) budget. On the other hand, the makers had the freedom to custom design both the exterior and interior of their space and tailor it completely to their own wishes, which greatly improved their sense of ownership over the building. In addition, various members all joined the cooperative association which enables the community to collectively determine its path. This process is enforced through collective decision-making and joint missions, like for instance, the beautiful courtyard garden which was completely constructed by volunteer energy alone. 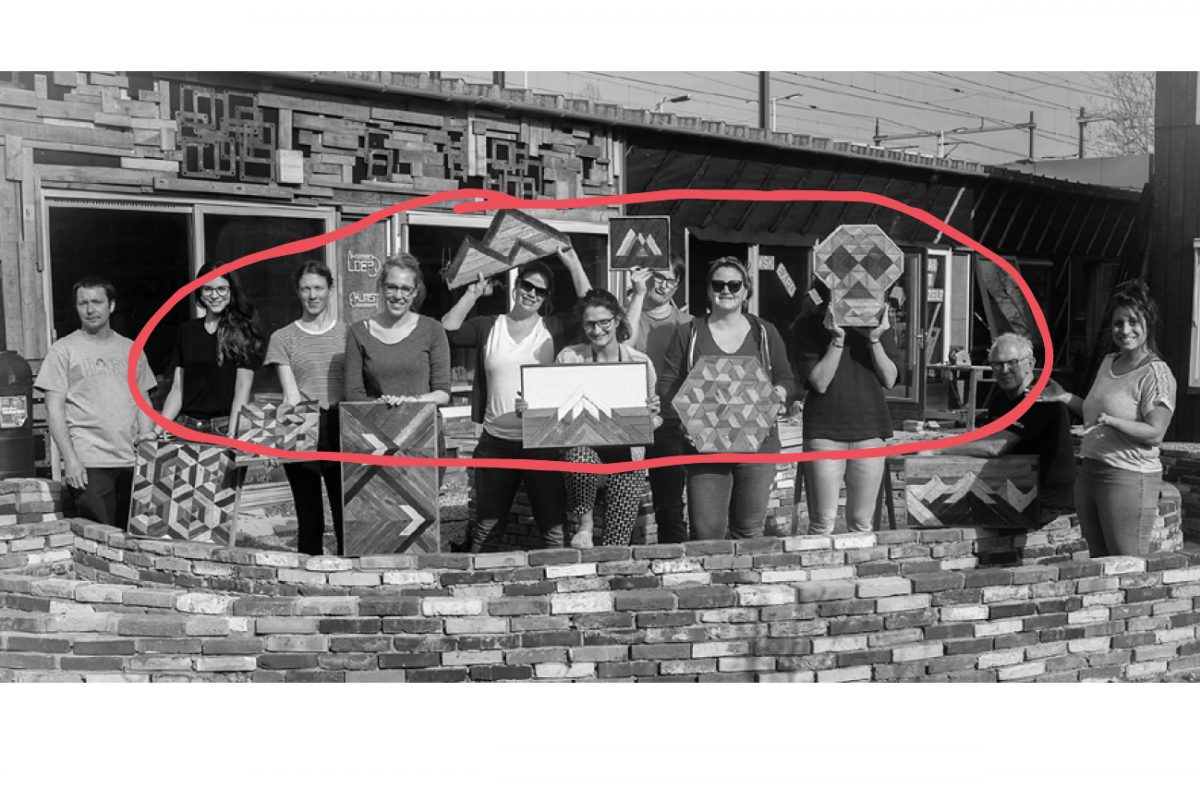 The secret to the success of this particular case is an empowered community just doing it: against all odds and despite the doubts of the municipalities – this is a bottom-up community of pioneers, passersby, refugees, retirees and neighbours who all came together and worked hard, often voluntarily, to make the Hof the magical place it is today. As for inclusiveness, we strive to maintain an open and public attitude. This is reflected in the architecture of the workspace, with a central, publicly accessible courtyard and transparent facades.

One year after its inauguration, Hof van Cartesius is a thriving community that attracts a variety of people to a once desolate industrial terrain. It has become a case study for the neighbourhood, as more and more workspaces are being built adopting similar circular principles. Nationally and regionally, we are profiled as the testing ground for Utrecht’s circular economy, DIY architecture and sustainable community-building. The EU Commissioner for Environment, Maritime Affairs & Fisheries who officially opened the Hof during the EU Green Week, said that the space “really is a perfect example of economically viable circular economy in action” and then added “I strongly recommend visiting if you are in Utrecht” (KarmenuVella, 2018).

Although the Hof does not actively reaches out to special target groups, like retirees and refugees, we are approached on a regular basis with requests for collaboration. We work with former refugees, retirees and neighbours, giving them space to develop their talents and interests. Most of them have become intensely involved in the Hof on a long-term basis. We strive to have open doors by encouraging individuals and organisations (from all backgrounds and ages) to use this public space in organising social and cultural events. In the near future, we will actively focus on programming more public events to widen our range. 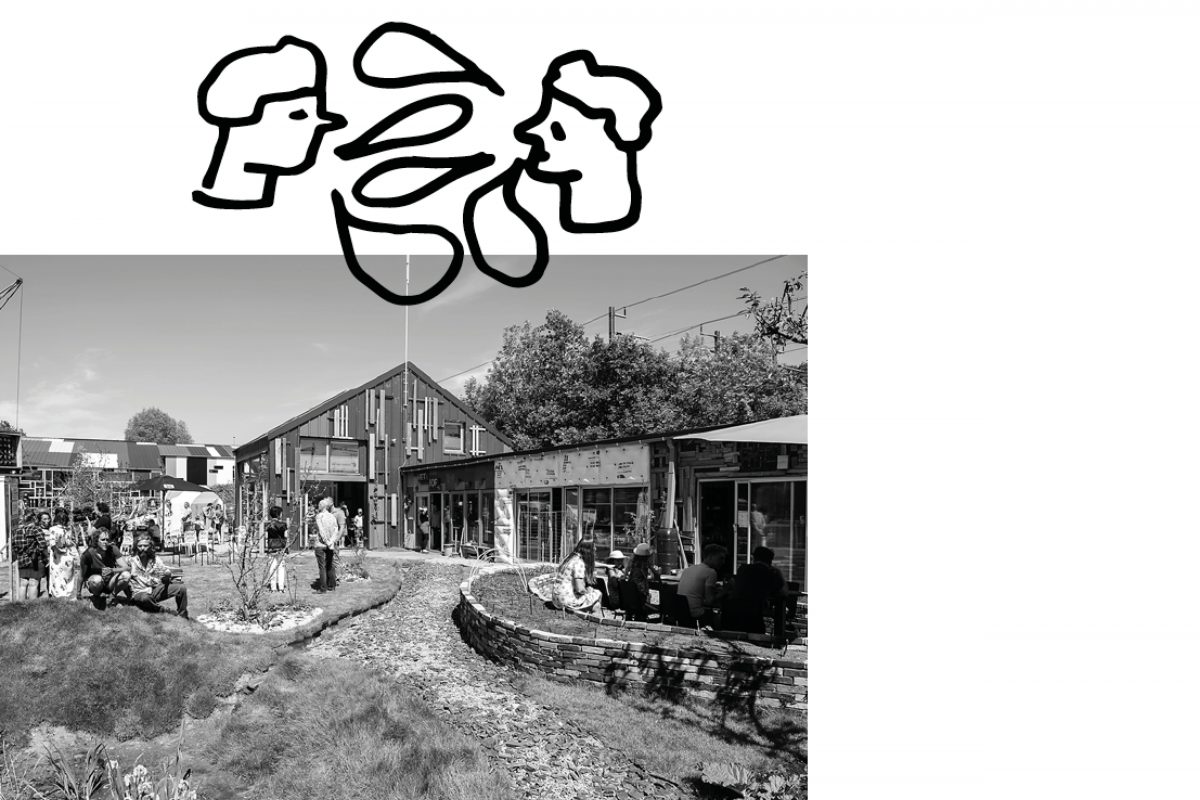 As the demand for affordable and green workspace in Utrecht is still on the rise, we expect to grow and continue building in the following years. We are already talking to 40 new potential parties who wish to join in the next phase of the building process. We believe that the bottom-up creation of a mixed community and the circular-style building of your own workspace is a perfect tool for inspiring agency and ownership among a wide group of people. 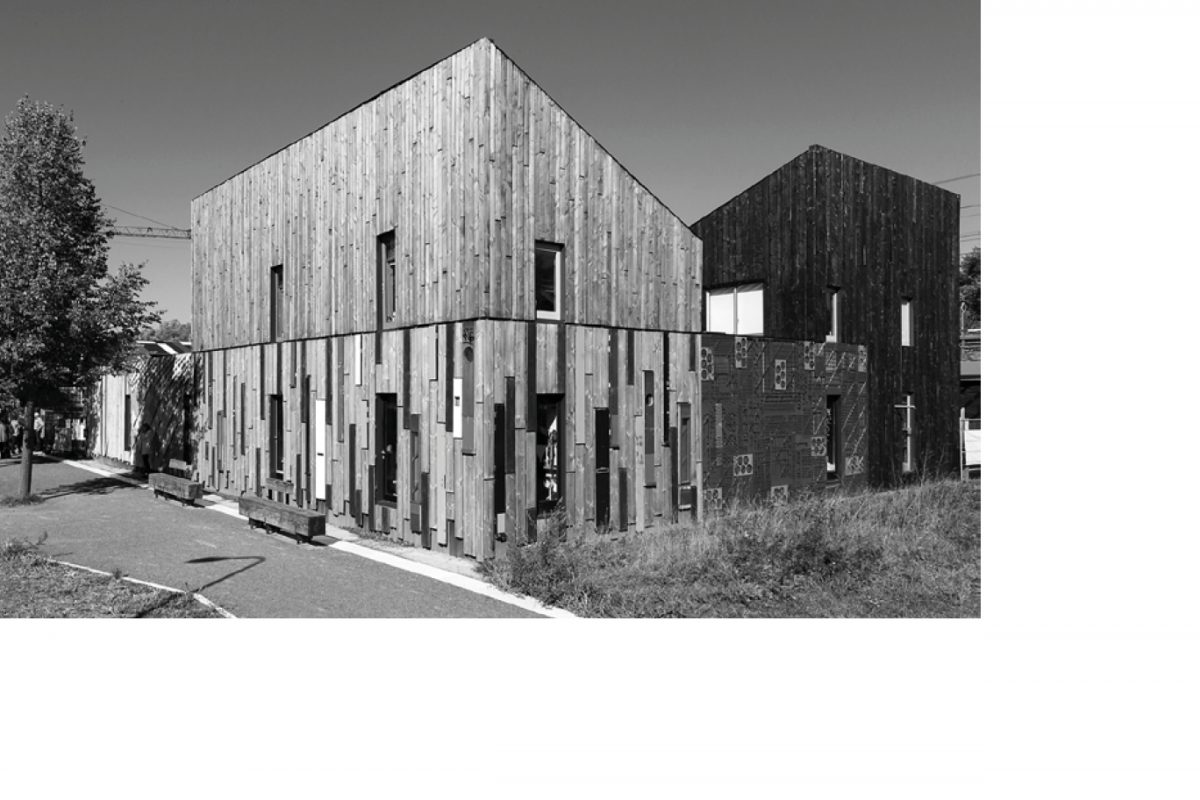 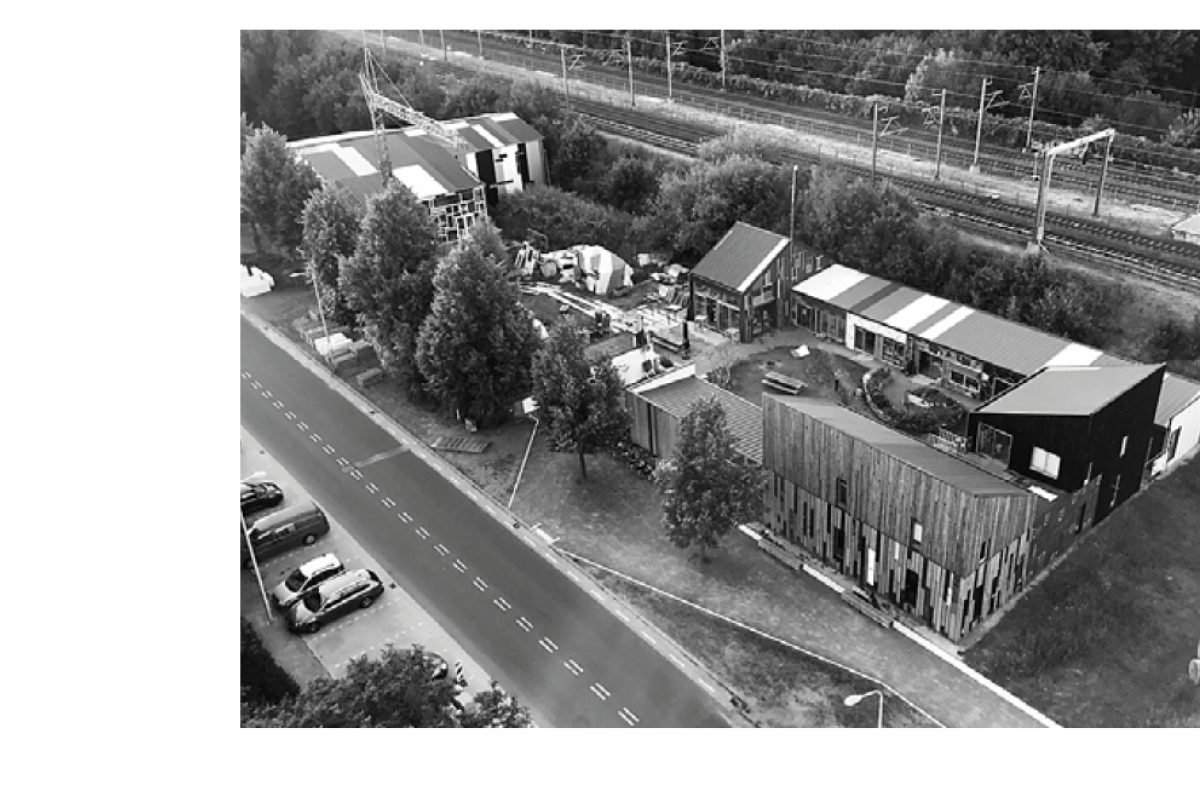 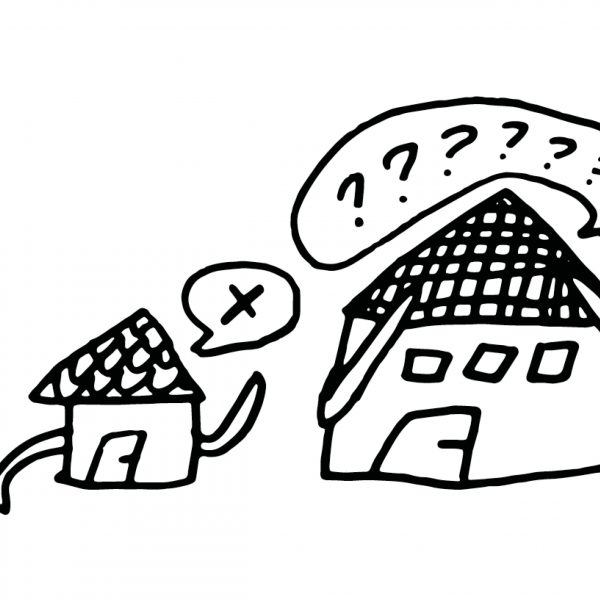 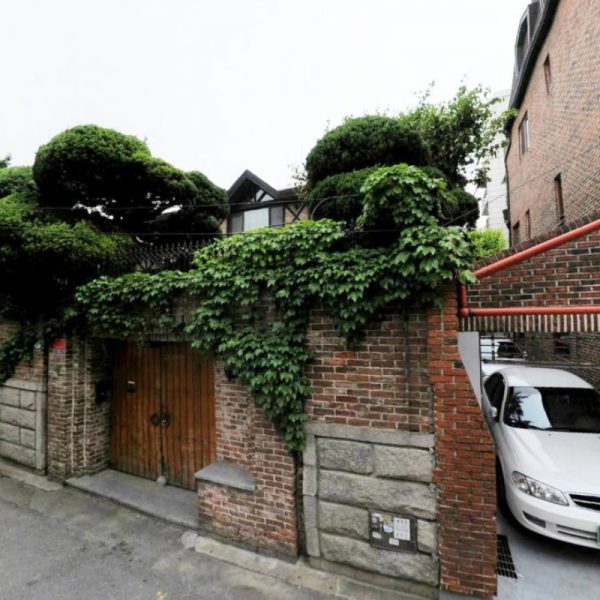