SOCIALLY RELEVANT
PLACEMAKING IN THE
WETENSCHAPPwteERSBUURT

What does placemaking really mean? This question arose spontaneously at the table when the parties first met at ERA Contour. ‘Nowadays it all too often means: we’re going to develop something; so what can we do in the meantime?’ says chairwoman Bianca Seekles. ‘It comes down to making a place hip,’ adds Edward van Dongen, head of Initiative & Concept. ‘But we have a broader view of placemaking,’ adds Seekles.

They both consider their approach to the Wetenschappersbuurt a good example of such a ‘broad’ placemaking vision. ‘We were adamant,’ Van Dongen says, ‘about including residents in the development of the plans. When you talk to people in this kind of neighbourhood you primarily get negative comments about the municipality and the housing corporation. We had to find out what they really wanted. Based on the idea that children are less inhibited and biased, we started to take walks through the neighbourhood with students from Group 8 (11 to 12 years old) of the primary school De Peperklip. Later on, we also conducted a workshop with the Schiedam Children’s Council.’

It emerged that the way children experience liveability and safety differs greatly from adults. Among other things, they pointed out that the green areas were situated too far on the periphery of the district. And that even though some places were attractive the children didn’t want to play there because some weird, drunken man was always sitting there on a bench.

‘We shared our findings with the residents: that’s what your children are saying,’ explains Van Dongen. ‘This immediately created a positive vibe and made the Liveability Barometer’s score rise considerably, even before a spade was put into the ground.’

‘That’s what genuine interest can bring about. Obviously that had been lacking before,’ according to Seekles.

The responses from the municipality and the housing corporation Woonplus, which owns most of the rental units in the Wetenschappersbuurt, were positive as well. In fact, so positive that they were willing to abandon their customary approach, which entailed working on the basis of a detailed, pre-established urban development plan. ‘Our creativity sparked their creativity as well,’ Seekles notes with satisfaction.

The children were also involved in choosing the architect. And this, too, led to an unexpected result. ‘The architects had to pay extra special attention to the way they presented their story,’ Van Dongen says. ‘Two did it perfectly. The third one might have had the best plan but didn’t know how to communicate it effectively.’

The process created a strong feeling of team spirit. ‘The residents’ underdog mindset diminished when they felt that they really mattered,’ Van Dongen explains. ‘And that, in turn, had an impact on the civil servants. They started to view the residents as a source of creativity rather than troublemakers. We had the good fortune of dealing with people, both at the municipality and the housing corporation, who showed a genuine interest in the project. The whole process depends a great deal on people.’ 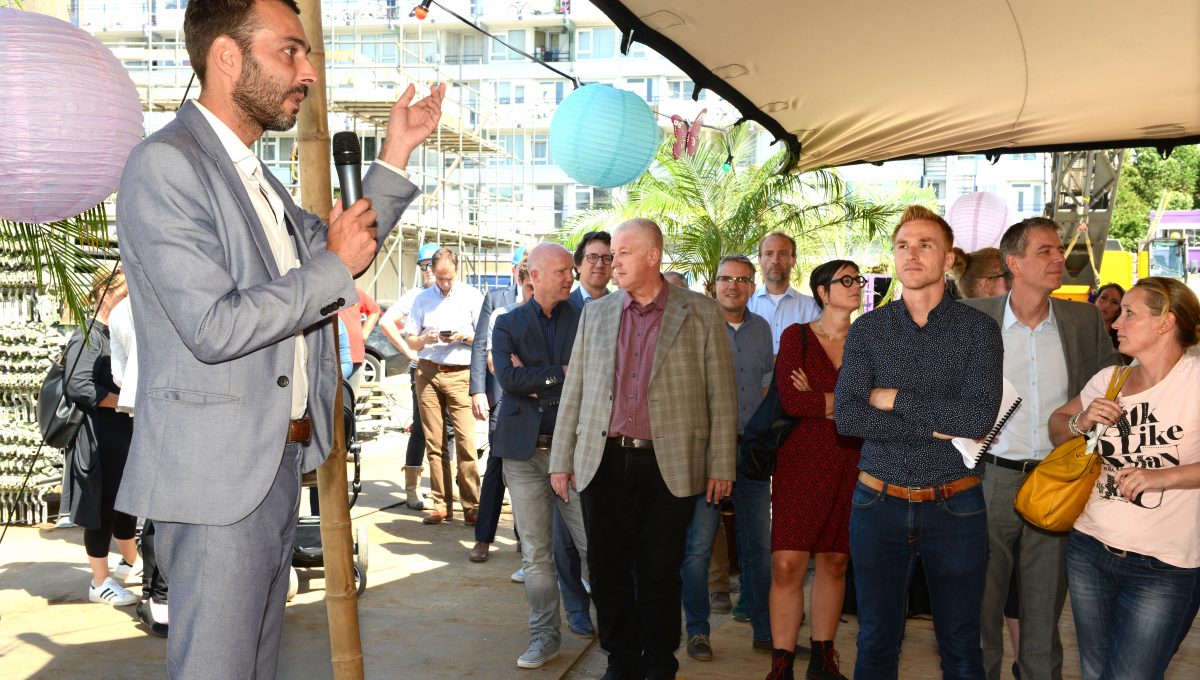 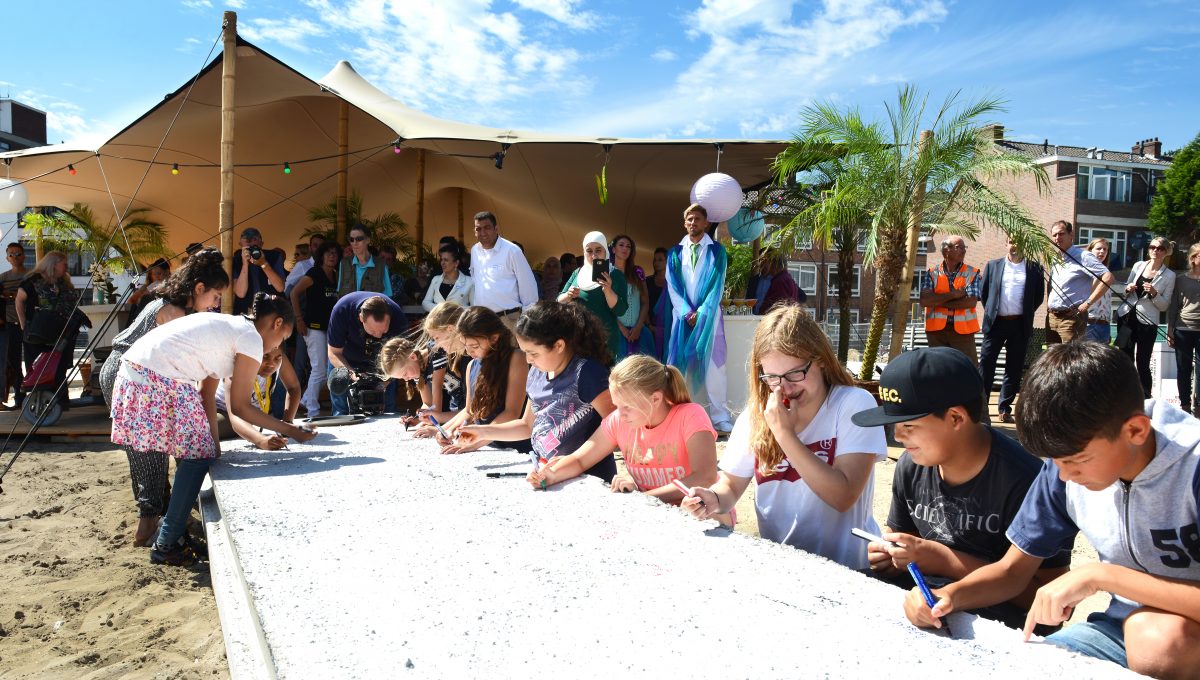 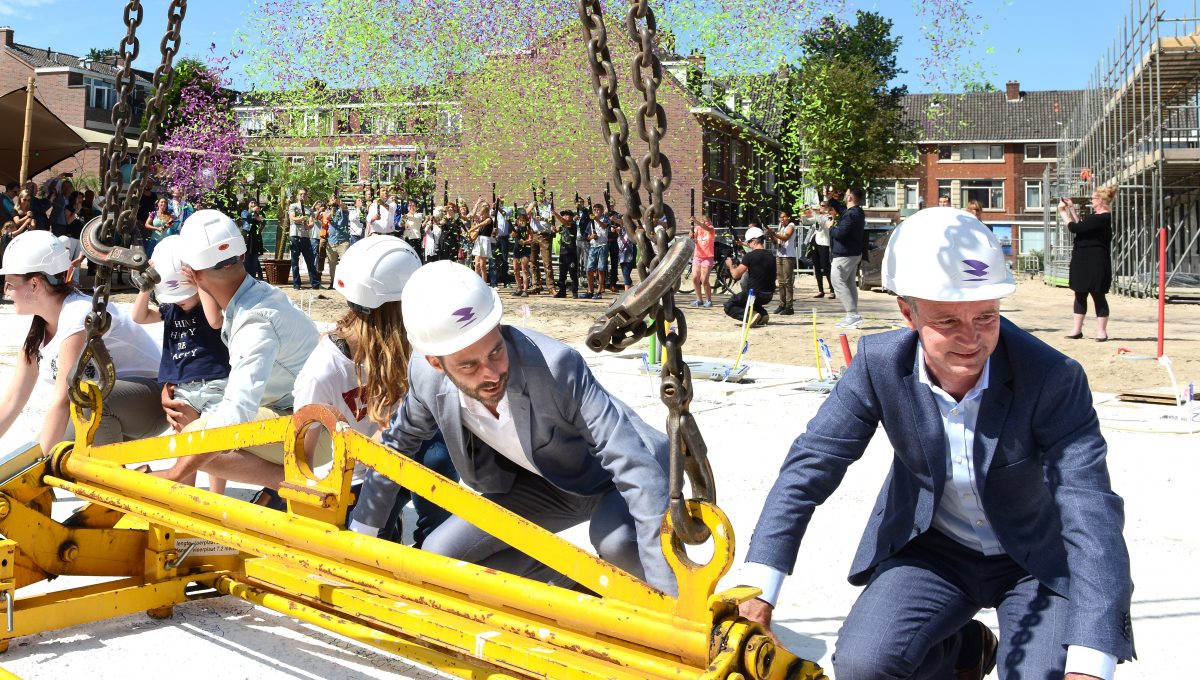 All residents had the opportunity to provide input. And they did. For instance, they challenged the type of construction. They wanted to retain two apartment buildings, partly because the planned number of housing units decreased from 400 to 200 and residents didn’t receive a return guarantee. ‘That caused heated discussions. We ultimately kept the two apartment buildings, for both urban planning and social reasons,’ says Van Dongen.

Some parties submitted different zoning suggestions. Residents, for example, argued that a road across the canal had little added value in terms of traffic and should therefore be replaced with a path for cyclists and pedestrians. ‘If we had raised that issue with the municipality, we would have received a negative response,’ claims Van Dongen. ‘But the fact that the residents brought up this issue made it different.’ He’s already dreaming of having the children design the little bridge.

Planning for the Wetenschappersbuurt began four years ago. The first new housing units have already been delivered. Construction is being carried out in phases and will be completed in 2020. Seekles and Van Dongen think that the process has been remarkably swift, despite the fact that nothing much happened in the first year and a half from a spatial planning point of view. ‘Things that usually slow down a process, e.g. endless consultations with the neighbourhood, actually worked as an accelerator because it helped eliminate resistance,’ Seekles says.

Seekles and Van Dongen believe that their approach is of ‘great social relevance’. ‘Eventually we’re going to have to deal with a wave of housing estates built in the sixties and seventies,’ Van Dongen says. ‘This will serve as a lesson. However, each place is different and requires an individual approach; you can’t achieve every goal by consulting with children. So far, we’ve not repeated this method.’

Placemaking is an ongoing process. After all, the situation in a neighbourhood keeps changing constantly. Seekles and Van Dongen don’t rule out that more expensive rental units will be added in the future. This is attributable to the success of the first sales: the housing units sold like hot cakes. Buyers were primarily social risers from the neighbourhood, for whom a suitable dwelling was not available. ‘You develop along with a neighbourhood. Plans aren’t carved in stone, where nothing is possible once they’ve been established,’ says Seekles.

The residents are also expected to keep contributing to the placemaking idea. Seekles and Van Dongen have in mind the Mediterranean quarter Le Medi, developed by ERA Contour, as an example. ‘Someone built a small shed there at some point,’ Seekles recalls. ‘Instead of quarrelling, the residents got together to discuss the matter and agreed on the height and colour of the sheds. This can only succeed if people have a say in their living environment from the onset, and are not just confronted with a fait accompli.’

Do the two feel like placemakers? ‘Yes,’ replies Seekles. ‘We applied all facets of the placemaking concept in the Wetenschappersbuurt, both from a social and spatial viewpoint. And we didn’t need to apply that trick of creating something hip and cool.’

‘Many designers are convinced of their autonomously designed plans,’ Van Dongen says. ‘But this way of designing doesn’t work in vulnerable areas. It doesn’t make a difference there whether you think something is beautiful or ugly; what matters is that it’s good and suitable.’

The Wetenschappersbuurt (literally the Scientist’s District) is a neighbourhood in the east of Schiedam comprising some 400 housing units of pre-war and post-war construction. The district had gradually become impoverished, rundown and unsafe. The Wetenschappersbuurt received a score of ‘highly inadequate’ on the Liveability Barometer, the worst possible rating. Initially, the municipality and the housing corporation wanted to demolish all rental flatsand replace them with single-family dwellings, while retaining the existing street layout and building lines. The planning process involved spacemaker ERA Contour, housing corporation Woonplus and residents, and ultimately led to unexpected outcomes. 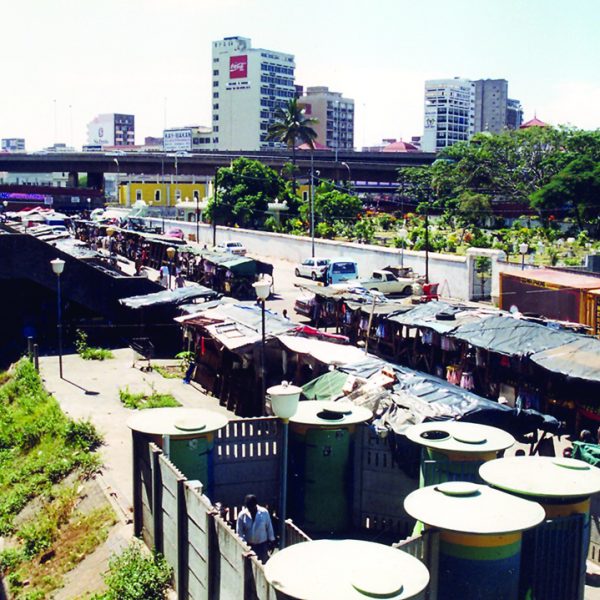 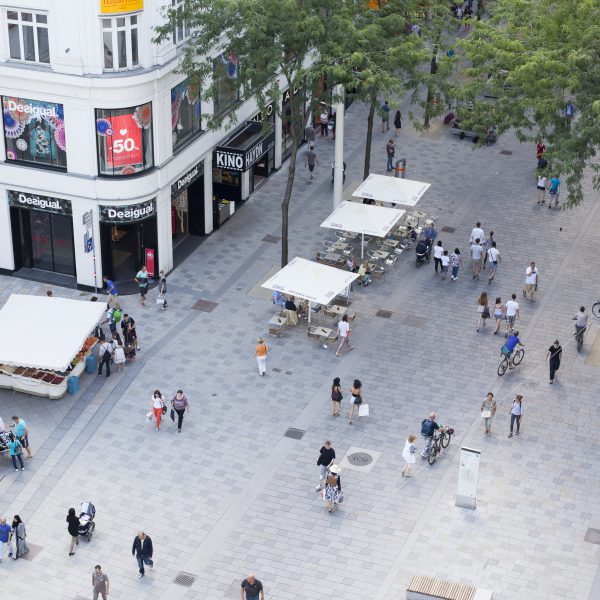