The Carpet Man of Kampong Gelam 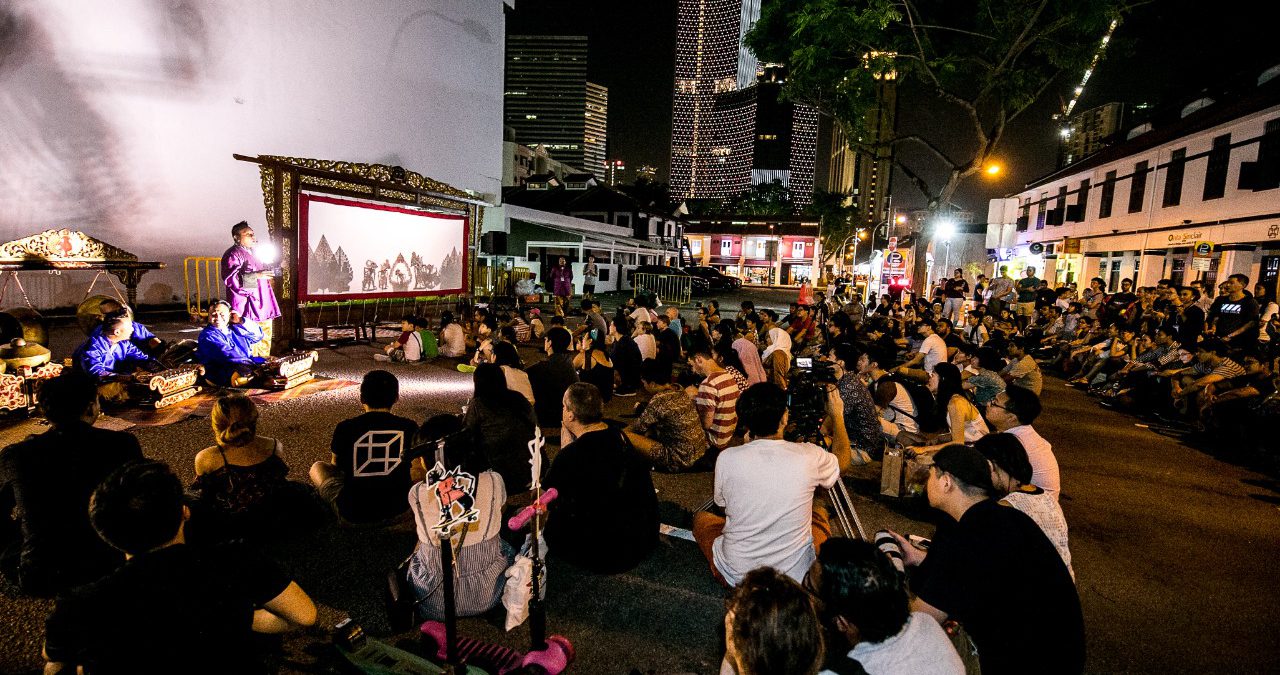 Pounding the streets to keep the quarter thriving

Kampong Gelam has its origins as a thriving port town and is one of Singapore’s oldest urban quarters. In Malay, the word kampong means ‘compound’ or ‘village’ while gelam is often attributed to the gelam tree, which was found and used locally for boat-making, medicine and even as a seasoning for food. In 1822, Sir Stamford Raffles allocated the area to the Malay, Arab, Bugis, Javanese and other communities. It subsequently became one of the seats of Malay royalty in Singapore and developed into an urban area that was an important centre of trade, publishing, intellectual thought, fashion, education, and religious life for the Malay world. In the past four decades, it has evolved into a mixed-use multi-ethnic neighbourhood while retaining its strong Malay / Muslim heritage and character.

The historic core of the precinct, bounded by Ophir Road, Victoria Street, Jalan Sultan and Beach Road, was gazetted as a conservation area in 1989. It is home to iconic buildings such as the Sultan Mosque (a national monument) and the Malay Heritage Centre. It also boasts over 600 diverse shophouses and has many traditional trades and home-grown brands in food, retail and textile businesses.

Starting from the ground up

In 2011, Saeid Labbafi, a permanent resident of Singapore, took the initiative to approach several shops to rally their businesses together. His family owned eight carpet shops along Arab Street and had been operating in the historic precinct for close to 20 years.

Seeing an opportunity to enhance the neighbourhood he loved, Saeid felt that more could be done if everyone banded together. In 2014, he founded One Kampong Gelam (OKG), a placemaking association dedicated to placemaking activities in the area. The association now has 70 members mainly made up of businesses. 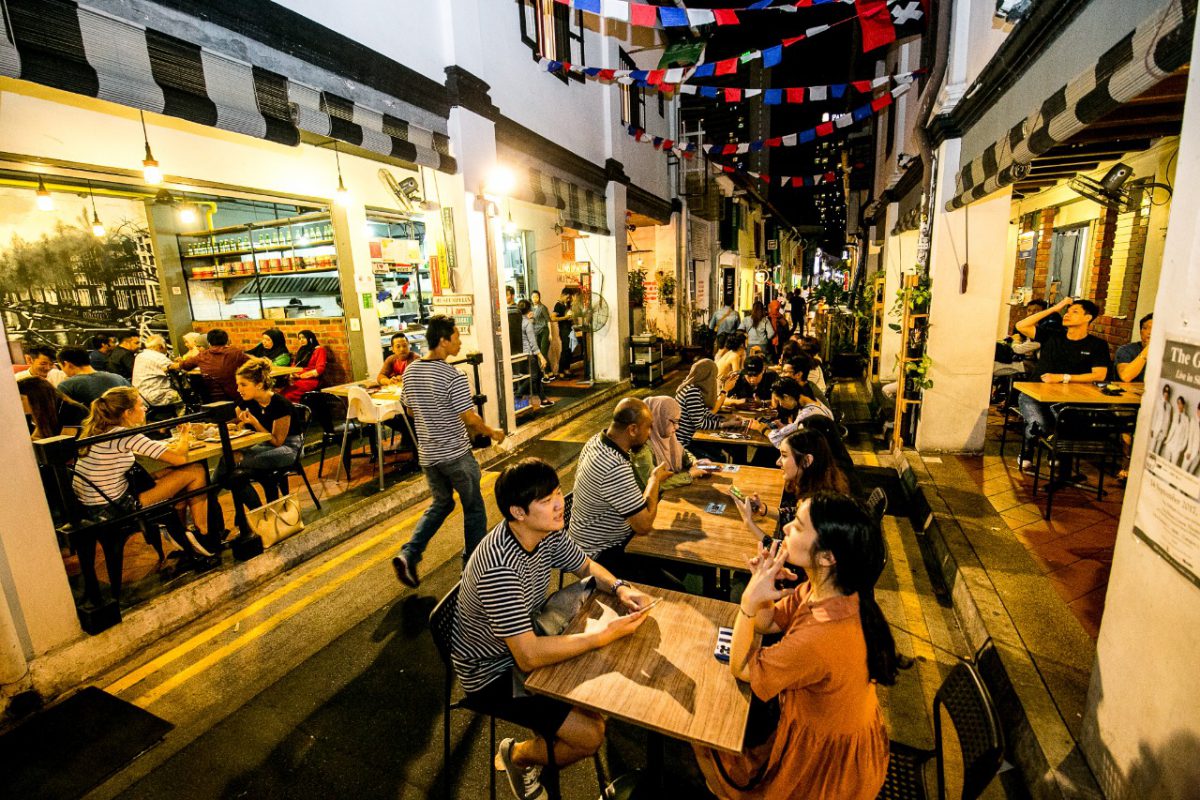 OKG, together with several other stakeholders in the precinct are also testing the viability of piloting the Business Improvement District (BID) model initiated by the Government in 2017, seeing the potential to leverage on BID to provide greater financial stability and certainty in carrying out more substantial improvements for the precinct over time.

As part of the BID, they are pursuing a four-year business plan (2019-2023), focusing on amplifying their marketing efforts for the precinct, expanding their range of events, supporting businesses and enhancing the environment with more art murals, better wayfinding and improved street closures.

Moving forward to sustain the efforts in the longer run, Saeid hopes more stakeholders in the area and others can come forward to support the BID plans and placemaking efforts. He shares: “Setting up the BID for Kampong Gelam is for the benefit of the neighbourhood. I hope more stakeholders can come forward voluntarily to offer their support. We also welcome others who are keen to help, to join in to make Kampong Gelam a memorable place with a rich culture and heritage. There is so much more potential to keep this wonderful treasure trove thriving.”

Because of OKG’s efforts over the years, the area enjoys a warm and friendly atmosphere, with a strong community of businesses, institutions and stakeholders working together towards common goals. Kampong Gelam also comes alive with a wide variety of attractions and activities organised throughout the year. The following are some lessons gained from the efforts:

Various activities such as the annual Ramadan bazaars, regular events and neighbourhood sketches are themed to bring out the vibrant culture and heritage of the area, with OKG working in partnership with the Sultan Mosque, the Aliwal Arts Centre and Malay Heritage Centre. Businesses also come together to support the Muslim community during Ramadan to organise meals together following the breaking of fast.

OKG members are also helping to support retailers in Kampong Gelam to go digital and omnichannel; the first of many neighbourhoods to undergo a digital revitalisation as part of the larger retail industry transformation led by the Infocomm Media Development Authority.

OKG has also gone on to organise other street closures with specific themes. In July 2019, Arab Street was transformed into a carpet-lined fashion runway in an event called ‘projeKGlamway’, paying homage to Arab Street’s traditional textile businesses.

Such major events have made a big impact on the area, demonstrating the many possibilities of collaborations and how street closures can make the precinct more enjoyable for all.

Over the years, OKG has developed strong ties and good communication with key government agencies and major stakeholders in the area. This is crucial in gaining the necessary support to implement significant improvements. 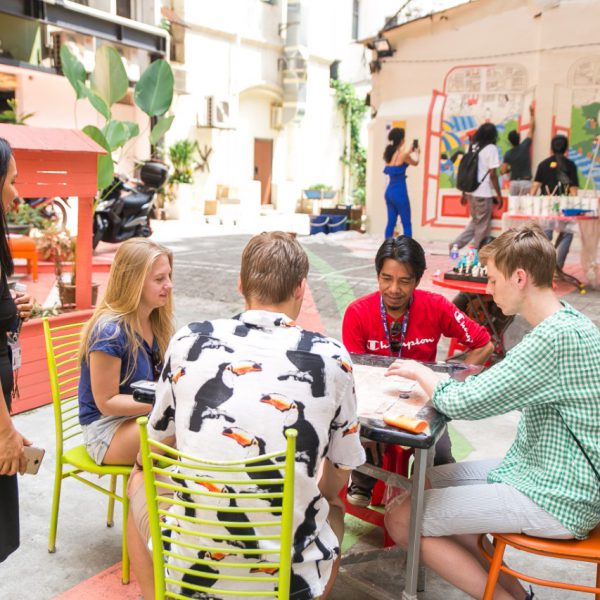 Laneway Love: Malaysia’s Back Alleys Get Some Much-Needed TLC