How do streetscapes appear from the very low perspective of small children’s eyes? The relevance and use of infrastructural or aesthetic elements of plinths in walking itineraries is not the same as for adults. Observations made during repetitive walks with children under three years in an urban area suggest that some elements are especially well suited for orientation, inspiration for play and development of new skills. The research was triggered by the fascinating observation, how a simple city walk sparks numerous conversations, inspires play and phantasy, teaches social rules and becomes an activity itself – a destination instead of just a journey. Summarised results below derive from experiences collected during walks with children from one to three year old1 and from conversations with kindergarden teachers.

Darmstadt-Bessungen(Germany) is a city quarter with many childcare institutions and afternoon activities, it is frequented by many families on different means of transport. In the city quarter with rural origins dating back more than 1000 years, the plinths are rather a patchwork than a coherent planning result and as diverse as its building structure.

Three waves of urban regeneration have, however, set the course for pedestrian-friendliness on the main axes. In the 1970s, a lack of identification of the inhabitants with their surroundings was diagnosed and reacted upon with prioritising pedestrians over cars in the center of the quarter. Parking was restricted and pedestrian paths broadened in the area, creating a pedestrian network around public institutions and small shops and businesses. A second program initiated in the late 1980s improved historic buildings, some of which were rehabilitated for cultural uses. A strong focus on heritage and the overall townscape generated improved public space with its sidewalk and squares. In the past few years, changing priorities in traffic planning have brought more bicycle racks. Trams stops have been upgraded in terms of comfort and accessibility. However, not only actual planning initiatives have shaped the attractiveness of the plinths. It is rather the interplay of the “hardware” with decades of private built or artistic initiatives that result in a pleasant and diverting walking experience.

Some elements in the plinths seem to be important to structuring the itinerary and creating a stimulating environment:
– Improvements for pedestrians and cyclists such as bicycle racks and improved amenities around tram stops do not only make life easier for users of non-motorised transport. They also structure
the pedestrian area with elements that children appreciate and use for playing, balancing and passing though. Not all playful uses are intended, but they provide welcome distractions on the way to school, kindergarden or activities.
– Special structures such as fountains or sculptures function as landmarks to all ages. Like the “lighthouse” in Bessungen, they invite children to climb or sit on them, jump from them or integrate them into their playing. Such landmarks then become perceived by children as playful objects.
– Private and citizen engagement makes the area more interesting for anyone passing by, strengthens social ties in the area and creates a kaleidoscope of situations to observe. Privately built upgrades of the pedestrian area include a fence replaced by a seating bank in front of the yard of an ice cream shop, creating a meeting area towards the sidewalk. A shop owners’ initiative has placed rabbit-shaped lamps in shop windows, as a historic symbol for the quarter’s inhabitants the animal reappears all over the public space. Children and adults alike profit from a citizen initiative which has brought a bookshelf into the public space where passers-by can serve themselves or bring their own books. A flea-market is taking over the streets in the quarter’s center once a year, closing it down for traffic and creating one of the city’s most popular annual events. Here, many children make their first business experience by selling old toys to their younger peers.
– Public art and ornaments are found on roofs, facades and walls all around
the city quarter. For small children, these attributes are interesting to look at and (learn to) speak about. They decorate several historic houses, and public institutions are adorned by works as a result of regulations channelling a small amount of building costs into public art. Private initiatives have brought a variety of murals with animal motives by a local artist into the area. Murals on buildings indicate cultural uses inside but also turn walks more diverse and form landmarks.
– Open areas or small squares interrupting the relatively disciplined pace on a continuous sidewalk give children undefined and secure space for play. Besides, they tend to make the itinerary less linear and give walks with children an opportunity for rest, spontaneous conversation or closer observation of the environment, such as the trees changing with the seasons. Equipped with intentional or unintentional seating small squares turn into observation points for the moving images of traffic and city life.

These elements evoke a miniature version of Kevin Lynch’s attributes of the image of the city, with its paths, edges, districts, nodes and landmarks.2 The observations suggest that city walks, especially as everyday itineraries, give small children the environment to develop the first sense of orientation outside of their home. Some of these elements also facilitate motoric and imaginative uses and create important learning experiences. What helps small children to appropriate “their” surrounding – comprehend situations and name them, adapt it to their play and fantasy – are recognisable landmarks and curiosities they can relate to. Maybe this is the right framework to be open to the spontaneous elements: running into acquaintances, find things lying on the floor, observing the change of the seasons. The mixture of the expected and the unexpected motivates the first words and later entire conversations. A well- functioning public space provides children with first ideas how living together in cities can work, in many dimensions such as security, consideration and small conversations.

1. The two age groups in German childcare are under three and above three years old, hence the choice of this age group.
2. Lynch, Kevin (1960): The Image of the City, MIT Press 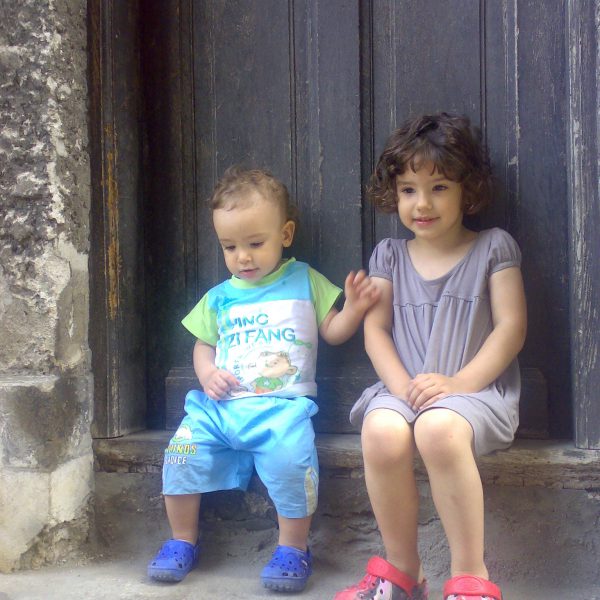 THE PLINTH – A PORTAL TO PLAY 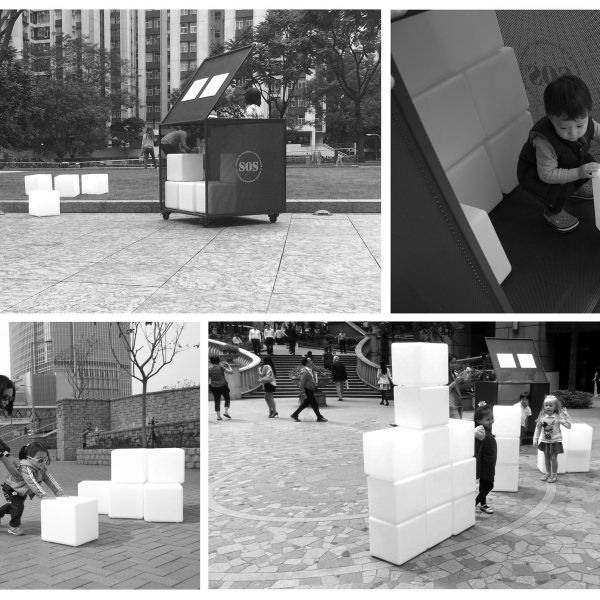 WHAT IS THE POTENTIAL OF 1M3?