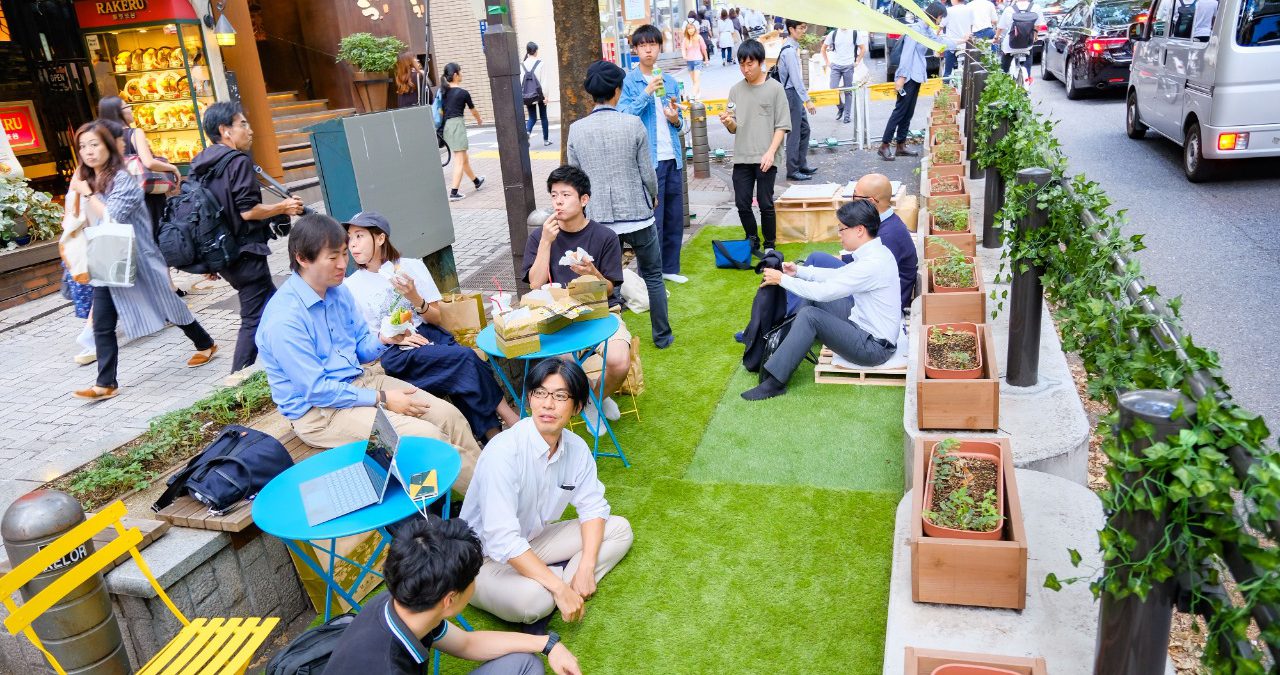 Sotonoba is a community media platform focused on outdoor and public spaces. It was launched in 2015 with the concept to “change outdoor spaces to great places!” As of 2020, there are more than 600 articles on the platform introducing case studies and topics on public spaces in Japan and the world. In addition, as an incorporated association, Sotonoba also participates in projects such as pilot projects, research, process design, and scheme design, applying principles of tactical urbanism and placemaking. In 2019, The Guardian described Sotonoba as the next generation of Japan’s urbanist community.

Sotonoba launched Park(ing) Day Japan to promote the movement in the country and implemented Park(ing) Day in Omiya (Saitama City) in 2017 and Numazu (Numazu City, Shizuoka Prefecture) in 2018. In 2019, Sotonoba organised a Tactical Urbanism Class at an actual site in Miyamasuzaka (Shibuya-ku, Tokyo) in an effort to train more practitioners in the know-how of Park(ing) Day, based on the results and experiences of the past two years.

What is Park(ing) Day?

Park(ing) Day refers to efforts to convert on-street parking spaces into small parks for one day only. It is practised by volunteers in cities around the world on the third Friday of every September.

In 2005, the first Park(ing) Day emerged when an artist group called Rebar turned a parking lot into a small park on a street in San Francisco by inserting coins into a parking meter and bringing artificial grass, planters and benches to occupy the space. Photos of this urban intervention spread quickly on the Internet, and the following year, Park(ing) Day became a movement with volunteers practising actions in various cities around the world. Now, when you search for #parkingday on social media, you will find numerous examples of these interventions around the world.

Parklet, a permanent version of Park(ing) Day, was launched in San Francisco in 2010. What both Park(ing) Day and Parklet have in common is the use of an on-street parking lot. But where the former is a one-day event, the latter is an open-call programme in which an installer (such as street-facing restaurant or café) applies for the permanent use of a parking space, renewing it annually.

Significance of Park(ing) Day in Japan

Even though Park(ing) Day had become widespread in many countries since its initiation in 2005, it was not implemented in Japan until some 15 years later. One of the reasons for this is the language barrier, which limits access to information by Japanese speakers.

The other is how difficult it is for citizens to take action on the streets of Japan, especially on carriageways. In recent years, special provisions for legislation, such as special provisions for road occupancy permits for sidewalk cafes, have become available, but citizens and private companies are still unable to obtain permits on streets managed by the government, municipality, or police. Access to such provisions is limited to organisations accredited to the region, such as national/local governments, main street associations, and area-based management organisations.

This is partly due to the historical context. Traditionally, streets in Japan are not regarded as places where citizens take action. In such circumstances, Sotonoba believes that the practice of Park(ing)Day is meaningful in providing opportunities for citizens to take action on the streets, developing human resources equipped with practical skills, and fostering a movement to better use the streets in Japan. 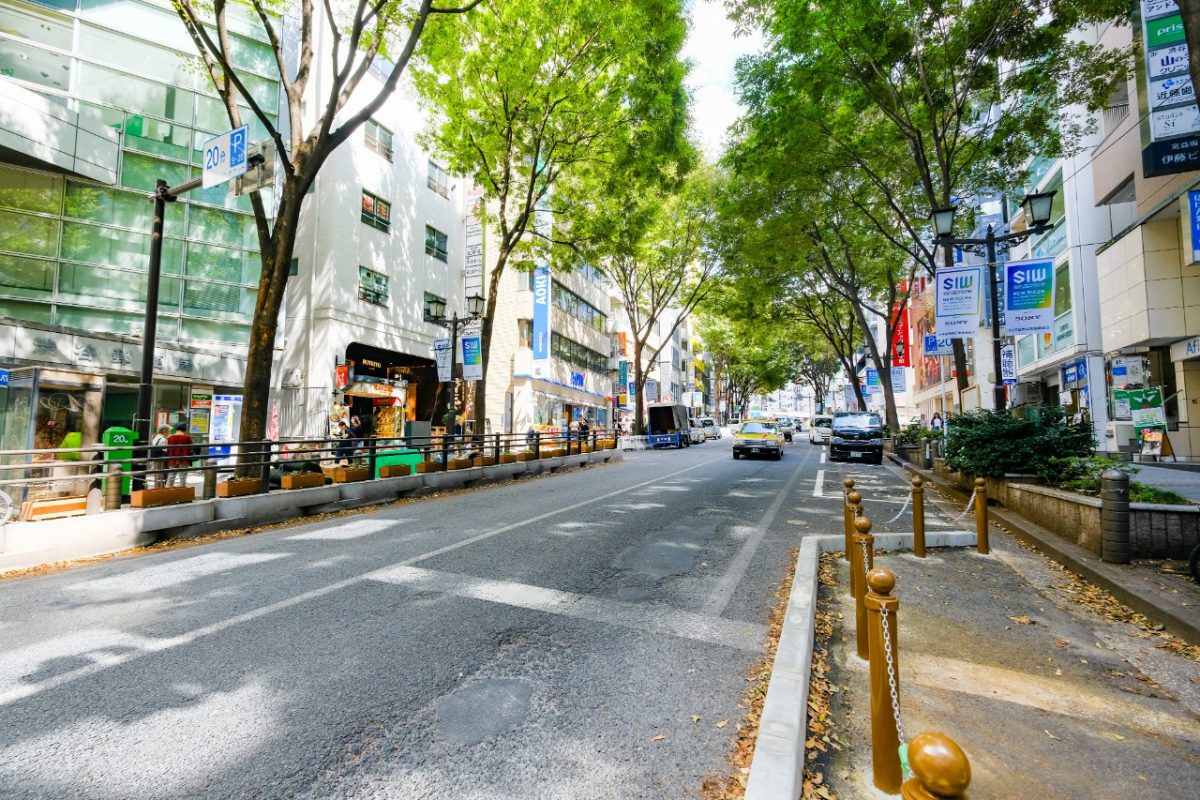 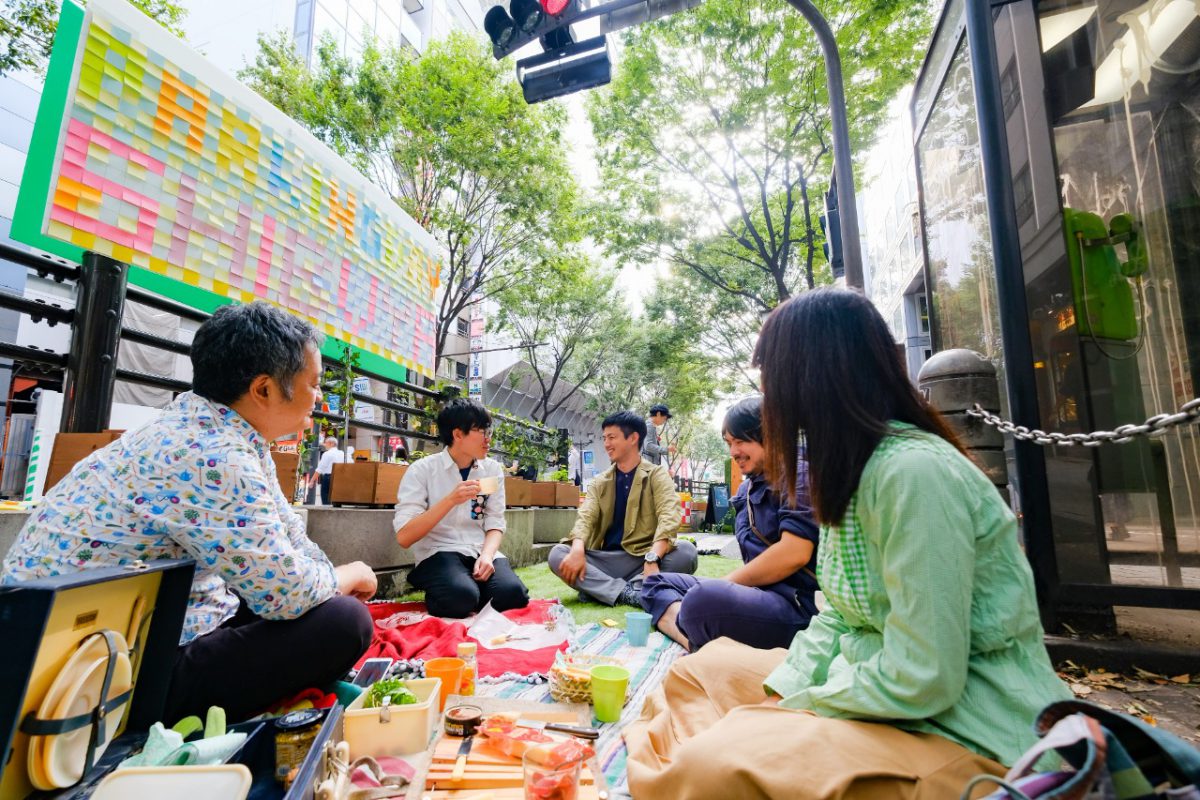 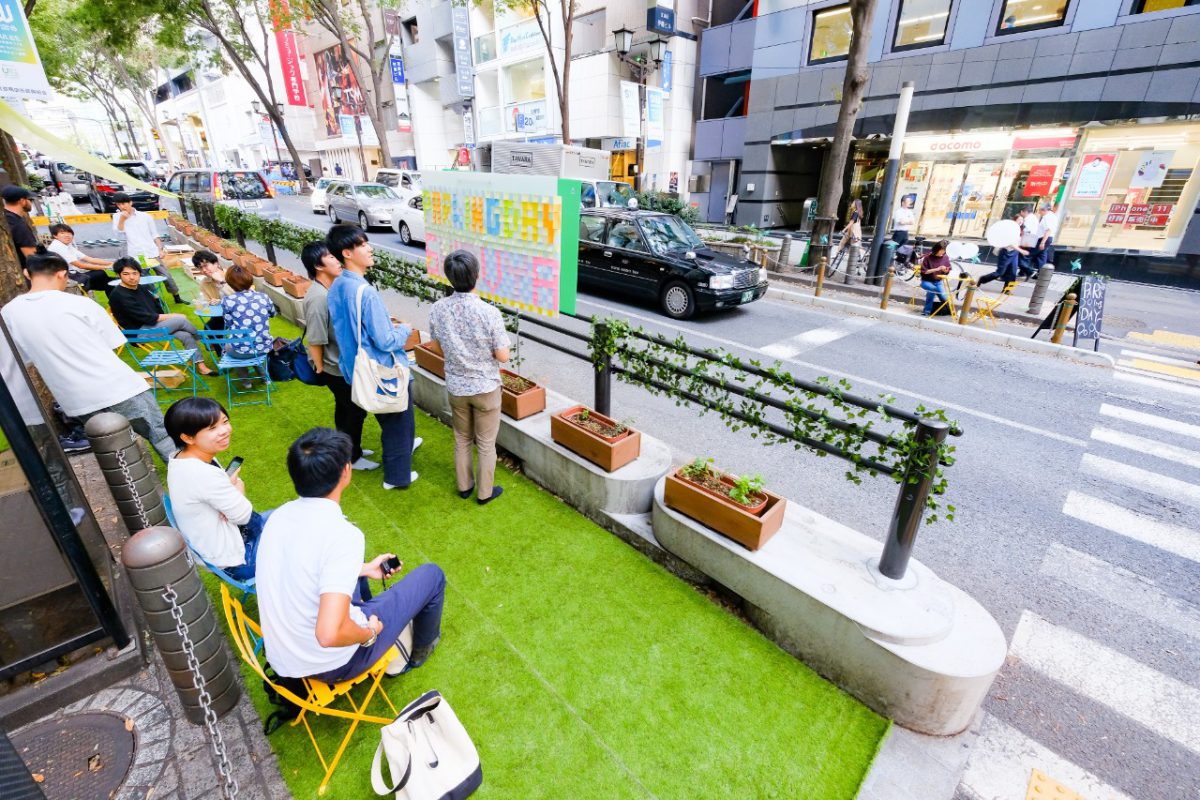 What is necessary to move forward?

There are several factors that should be considered while implementing Park(ing) Day in Japan:

Sotonoba’s community of next-generation urbanists have accumulated practical knowledge including understanding of legislation and issues on the ground which has been learned from research and experimental projects.

As mentioned earlier, only governments, main street associations, and area-based management organisations are currently allowed to occupy street spaces. Thus, Sotonoba alone cannot obtain street permits. To address this, the project partnered with a municipality and UDCO (Urban Design Center Omiya) in 2017 and with municipalities and main street associations for Numazu in 2018 and Shibuya Miyamasuzaka in 2019.

Even with a permit, you have to deal with the logistics of everything from furniture to tools on the day of the event. Sotonoba has professional members in urban design, architecture and landscape design. They have the design knowledge needed through their projects that are already in practice. Also, Sotonoba can systematically support practitioners by sharing design knowledge and advice.

THE FUTURE OF PARK(ING) DAY IN JAPAN

Some visitors who experienced Park(ing) Day 2019 in Shibuya Miyamasuzaka said, “I want to do this next year in a main street in my hometown.” In the future, the Sotonoba team would like to share the know-how that was acquired so that Park(ing) Day can be expanded horizontally to other regions in Japan. The next Park(ing) Day is set for September 18, 2020. Let’s meet on the street!