Home to Swire’s operations for the last 100 years, Quarry Bay, located in the eastern part of Hong Kong Island, has developed from an old dockyard into a vibrant business district that hosts more than 300 international companies in nine interlinked office towers. Taikoo Place  is the name of this six million square feet commercial complex. All of its towers are connected by a network of elevated walkways, providing over 30,000 office workers with a safe escape from Hong Kong’s hot and humid climate.

By creating one of the largest privately owned walkway systems in the region, Swire Properties — a subsidiary of Swire and the primary landlord of the area — has been able to make a bold place statement. Taikoo Place’s system of walking bridges has created an additional layer of public space to the city’s urban jungle; an air-conditioned alternative to street level. The ingenious planning solution is also tailored to the context of Hong Kong where real estate is more expensive than in almost any other place in the world and public space comes at a premium.

From industrial dockyards to office district

The history of Taikoo goes back to the early 20th century when Hong Kong East was an industrial district with dockyards, factories, a large sugar refinery and its own worker’s village. In the 1970s, as port activities relocated to more remote parts of the city, the dockyards were replaced by tall residential blocks, a shopping mall, and the Taikoo Shing (or ‘Swire City’) housing scheme. By the late 1980’s, the district had become an ideal location for commercial real estate. Swire Properties began redeveloping the old, steel-framed warehouses and sugar refinery into an office complex. Together, Taikoo Shing and Taikoo Place have since transformed the eastern part of Hong Kong Island into an attractive mixed residential commercial neighbourhood.

Just like the dockyards were, in a way, a company town, Taikoo Place is designed to become a new urban community within the city. To achieve that goal, Swire has put ‘places’ and ‘people’ at the heart of their property development approach. These P’s are also two of the five key pillars of the company’s 2030 Sustainable Development Strategy (the three others being ‘Partners’, ‘Performance — Economic’ and ‘Performance — Environmental’). At Swire, placemaking is not an afterthought, but at the core of business, which is unusual in Hong Kong’s competitive real estate environment. In 2018, the company began exploring how to measure ‘great places,’ identifying key metrics and performance indicators, and developing a methodology for assessing and reporting on the impact of place.

The walkways have become Taikoo Place’s signature, linking new and existing buildings with MTR stations, as well as giving a fresh identity to what otherwise would have been an anonymous commercial complex. Over 340m (upon completion in 2022) of transparent air-conditioned space with amenities, art and seating makes it more than a place to get from A to B and creates a fluid transition between work and play. The capacity is impressive; during peak hour, the Devon Bridge handles an average of 7,000 people per hour, giving an important boost to walkability in Hong Kong’s dense urban environment.

Although privately owned, the walkways are connected to public spaces and complement what happens at street level. Observing the pedestrian flows, they not only serve commuters going to their offices, but also local residents doing their daily shopping or visitors who are attending an exhibition or event. The walkway system also offers plenty of seating elements, and facilities like elevators for less mobile people.

The company has similarly invested in quality public space at ground level. Thanks to a series of landscaping, paving and pedestrianising efforts, Hong Kong East has a distinctly different feel to its surrounding neighbourhoods. It’s visible in the fundamentals, like the width of the sidewalks, the abundant use of greenery, the generous size of open spaces and the absence of intrusive barriers. It is also present in the details like the fluidity of form and the design of railings, wayfinding and street furniture. The result is an entire ecosystem of high-quality spaces both on the street and elevated level.

❝More than a place to get from A to B, the walkways are a minimal and fluid ribbon in complementary contrast to the verticality and the mass of the towers they link together.❞ 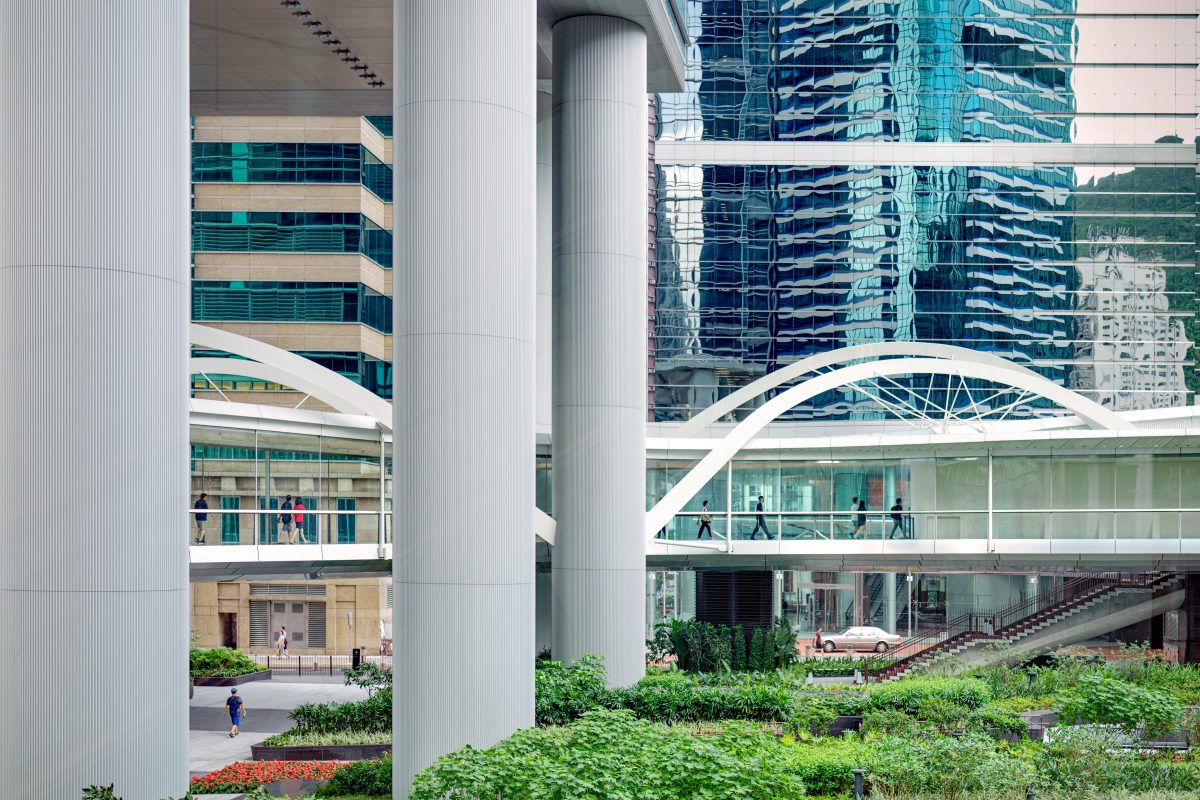 From placemaking to placekeeping

Taikoo Place is currently undergoing redevelopment. In 2022, when the project is completed, the complex will include some 70,000 square feet of new public space, unparalleled in Hong Kong. The walking bridge will be extended, and even more open space will be freed up at ground level.

At a time when technology allows us to build taller than ever before, placemaking matters not just at street level, but also in the connective tissue of the vertical urban fabric: in lift-lobbies, underground parking facilities and in walkways. By constantly reinventing space, Swire Properties is designing public spaces of the future, a firm commitment not just to placemaking but also to placekeeping. 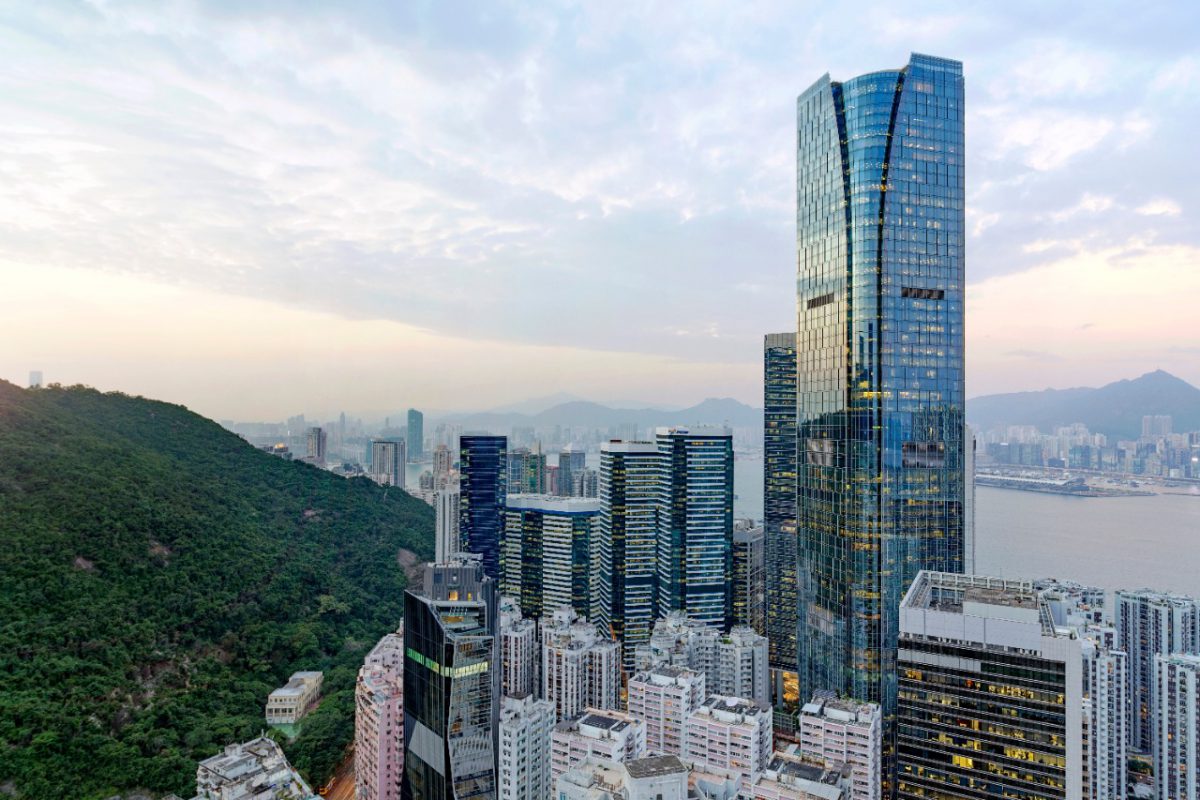 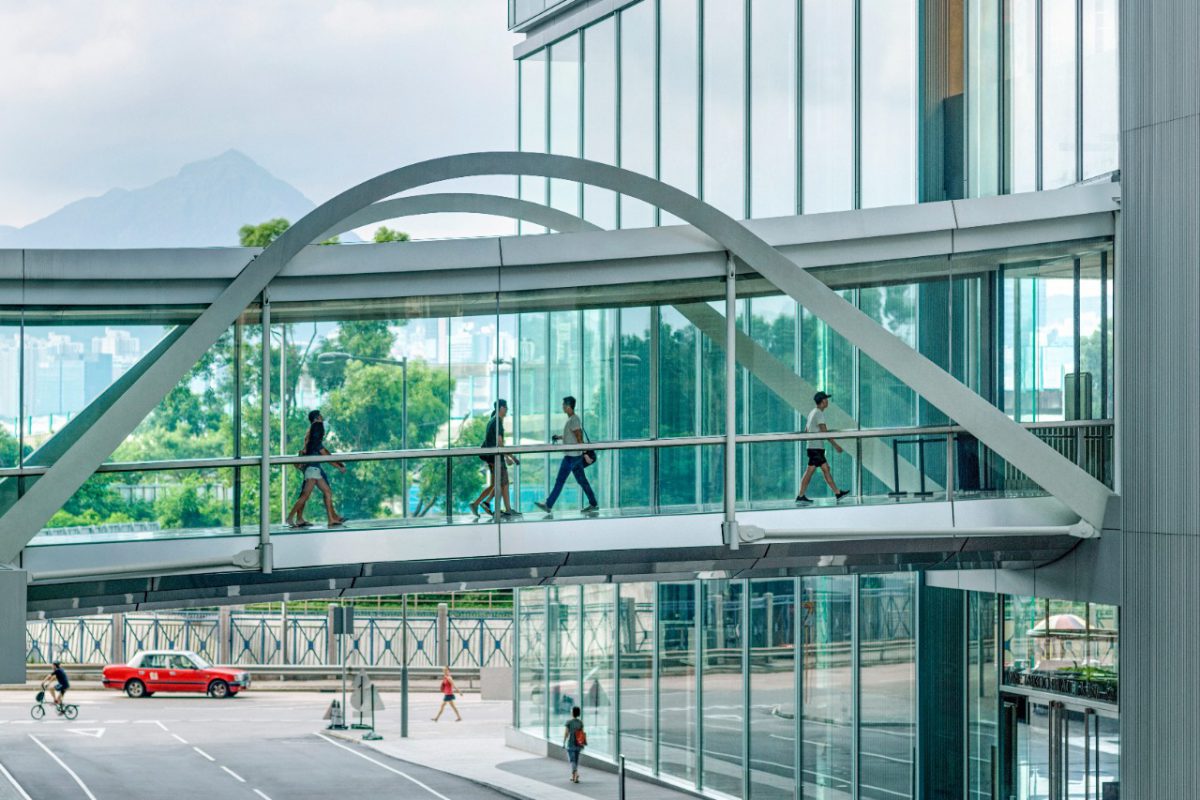 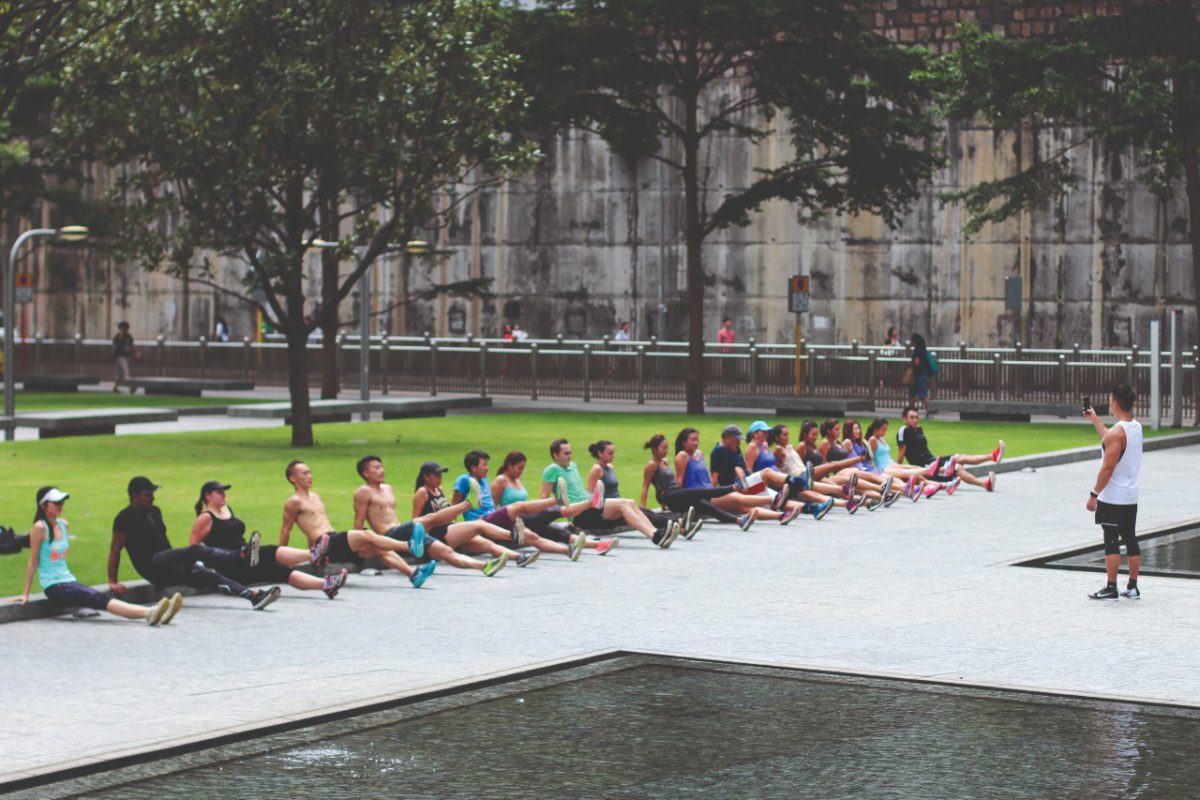 What are some of the placemaking principles that make up Taikoo Place’s design philosophy? 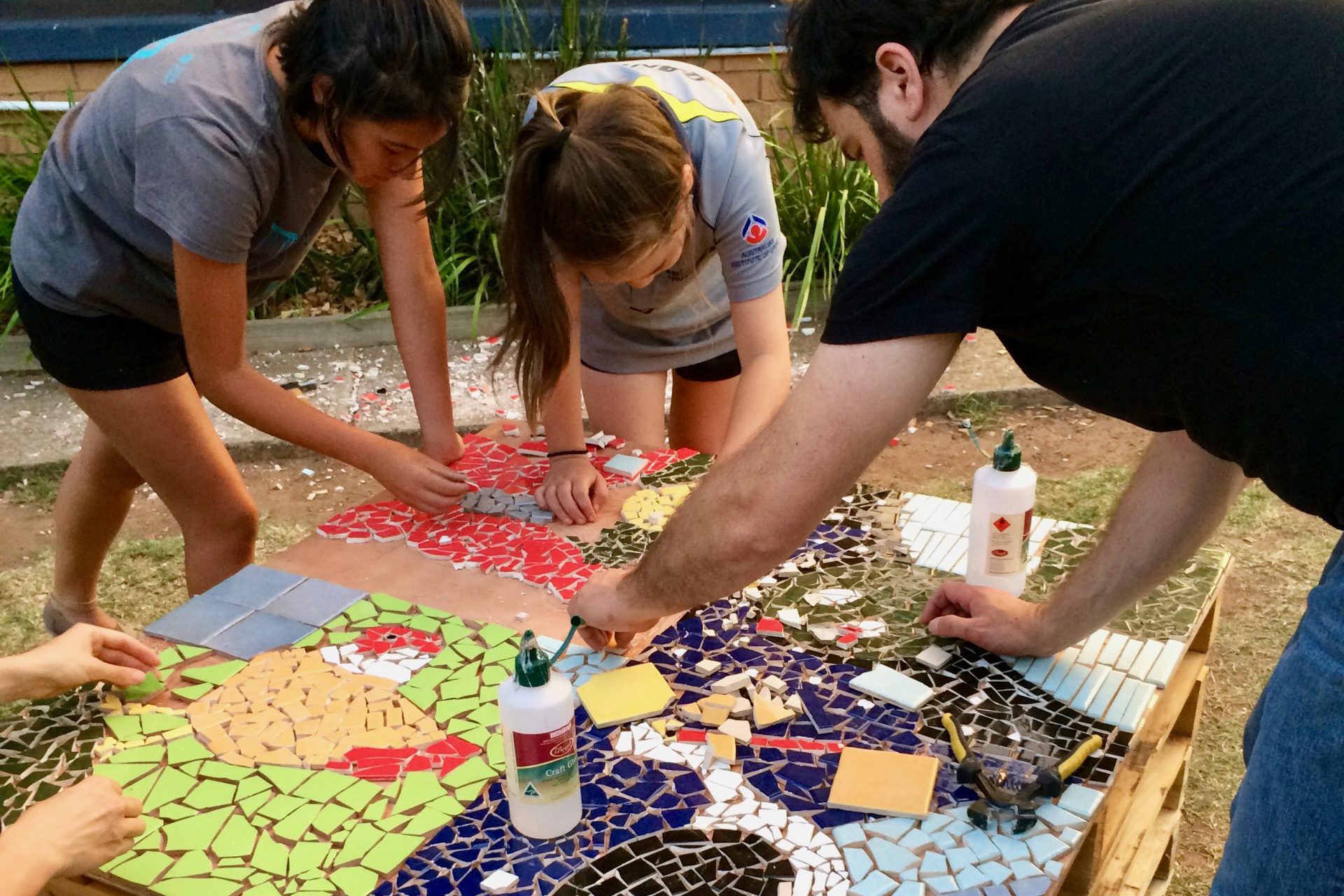 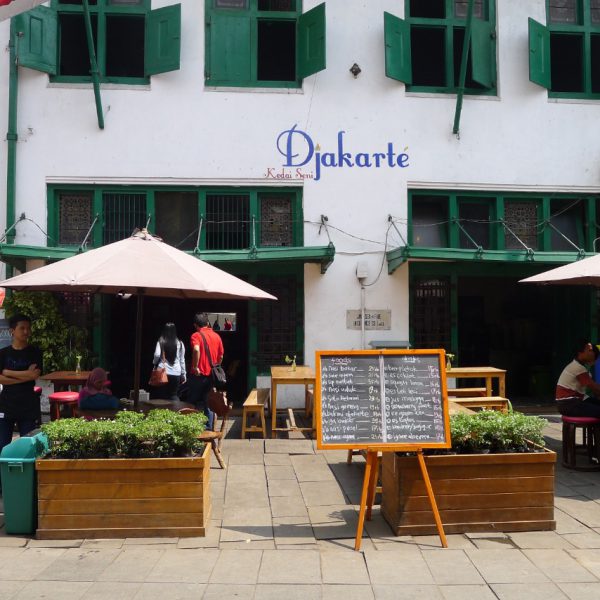