Streets, neighbourhoods, and complete cities can transform drastically depending on the time of day. The darker hours can bring an intimate ambience and set the stage for a flourishing nightlife, though sometimes also generate a more obscure atmosphere.

Such a transition can be observed in the Korenkwartier, the inner city of Arnhem, traditionally the city’s most popular nightlife area. In recent years, the appearance and image of the area were underperforming. The municipality of Arnhem invited STIPO as matchmaker to bridge the interests of residents, local entrepreneurs and other stakeholders. To discover the area’s bottlenecks, a placegame (after Project of Public Places)1 was held to analyze the use and function by day. But the Korenkwartier has two faces, so the need for a night analysis was high among the local entrepreneurs.

This ‘night placegame’ was organised between 23.00 and 01.30, nightlife’s prime time, with a group of about 14 stakeholders. Local entrepreneurs, residents from the Varkensstraat, resident platforms representing residents in the inner city, the neighborhood policeman, civil servants, the neighborhood concierge and other involved parties explored the area and identified the character of their area at night. They were challenged to think of short term and long term interventions. Sharing a multitude of ideas allowed to formulate area-wide chances, ambitions, and obstacles.

During the night placegame, on a warm fall evening, the Korenkwartier made a lively impression. In the evening the visitors change from a calm and relatively older group, to a young and more rowdy party crowd with a different purpose and use of the public space. Their behaviour and movement through the area show a shift in dynamics. 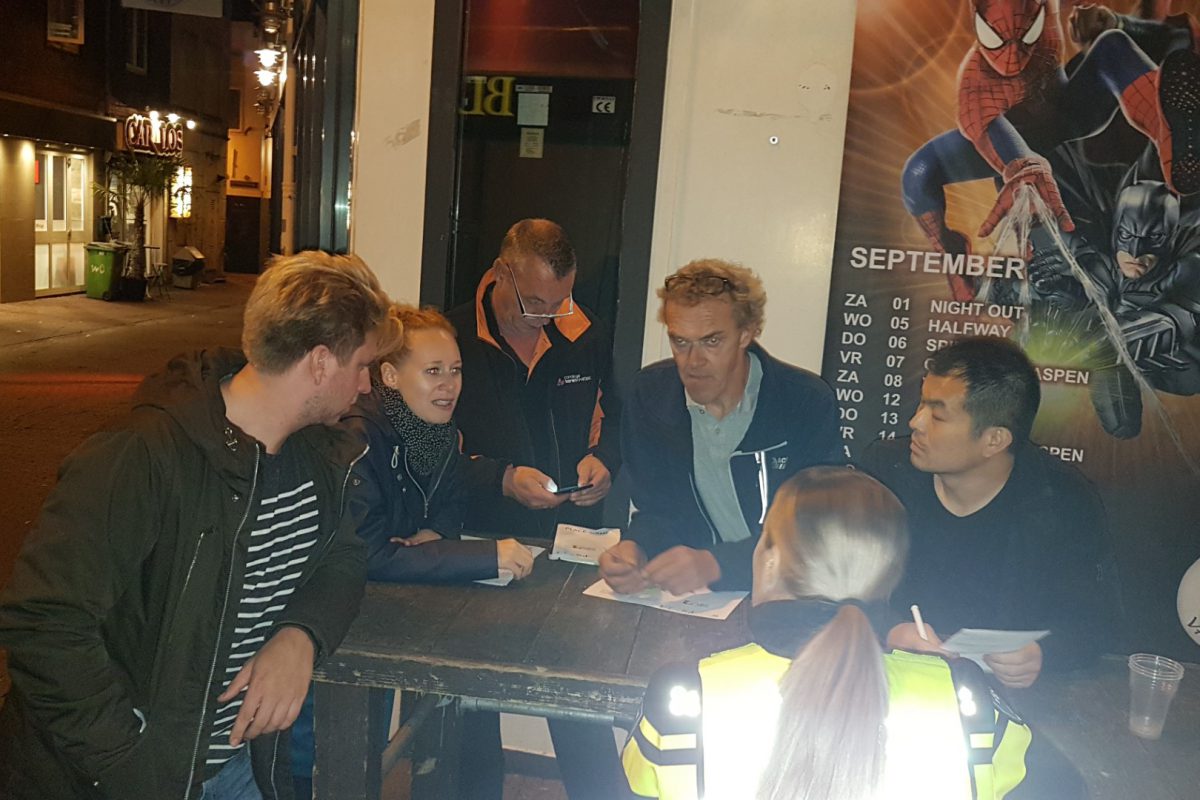 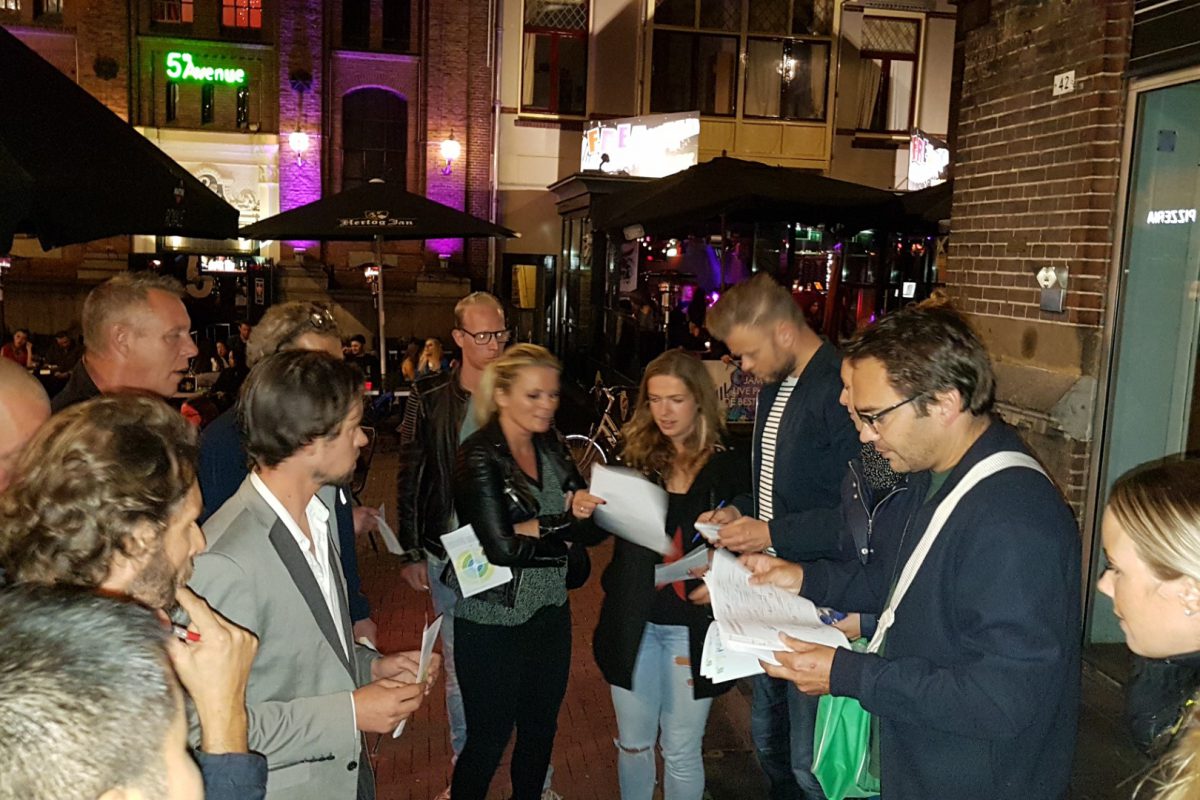 The placegame revealed a number of physical challenges, both in the ‘hardware’ (the design), the ‘software’ (the use) and the ‘orgware’ (the strategy) of the area. It was already clear from earlier analysis that the area had many vacant buildings and blind facades. Their impact came out even more at night. Dark, underused streets and alleys leave an unwelcoming impression. The area is poorly illuminated due to limited streetlights and broken facade lighting.

Waste containers to be picked up the next day were already out on the streets. With bicycles parked everywhere this made a chaotic impression. This could easily be fixed with stricter regulations. The placegame also led to a direct intervention: one of the restaurants organised an outdoor mussel dinner with long tables that looked intimate and welcoming. This demonstrated the potential for more extensive programming during the evening hours contributing to the night ambiance.

The night placegame results were used by the place management team, set up to build a Korenkwartier’s stakeholder network and to create a feeling of ownership of the whole area when it comes to decision making. The team gathers monthly in the ‘korencafé’ and discusses urgent issues. They focus on generating positive change, by involving not only the local community, but by organising momentums for inspiration by others and investing in an area programming as a collective. Jeroen Laven: ‘to manage a good atmosphere during the night requires good doormen, police, but also music and other ways of social control’. 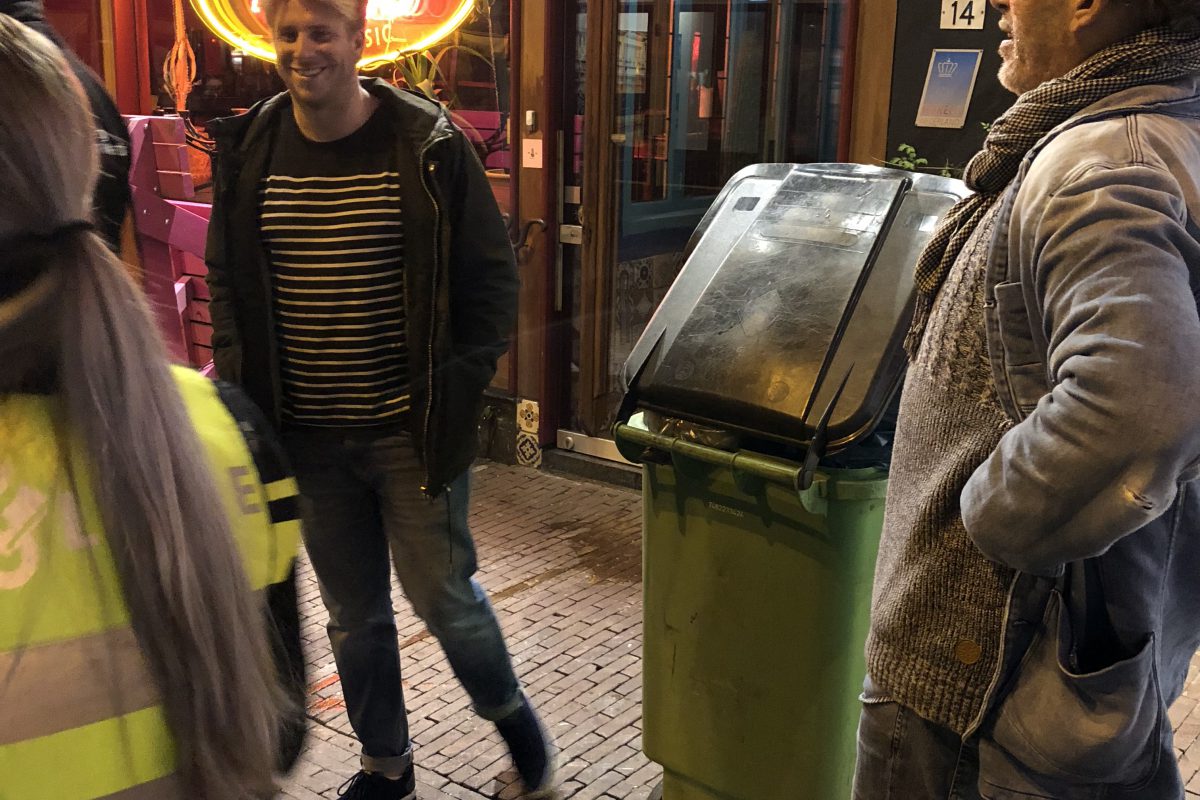 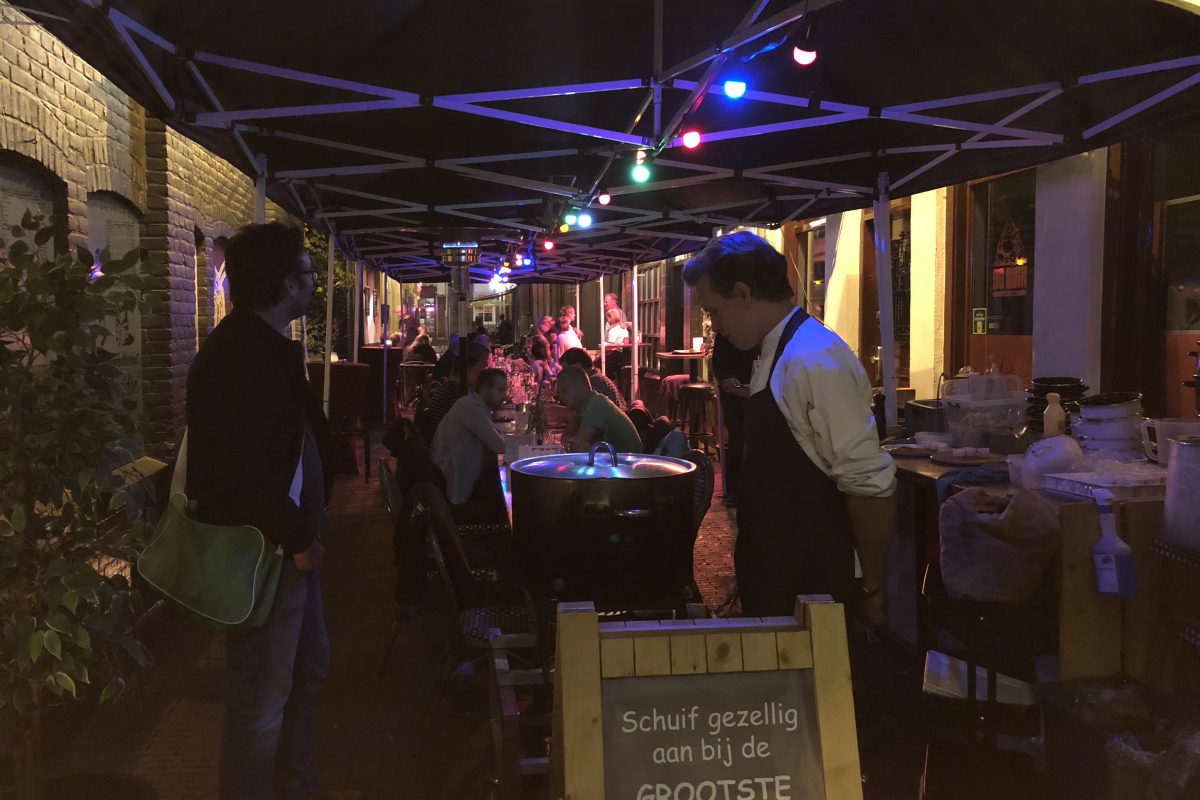 Laven names a few aspects of the night placegame that require more attention in comparison to a regular placegame during the day. Sensitivity to the nightlife dynamics is required: people are likely to be be elated and under the influence of alcohol. Also, around midnight it is understandable that participants are tired. ‘Keep the plenaries shorter. Follow-up discussions about the results during the days after are all the more important.’

Organising a night placegame offers an exciting experience for its participants and has the potential to reveal significant dynamics for places in which a large part of public life is set during the evening hours. 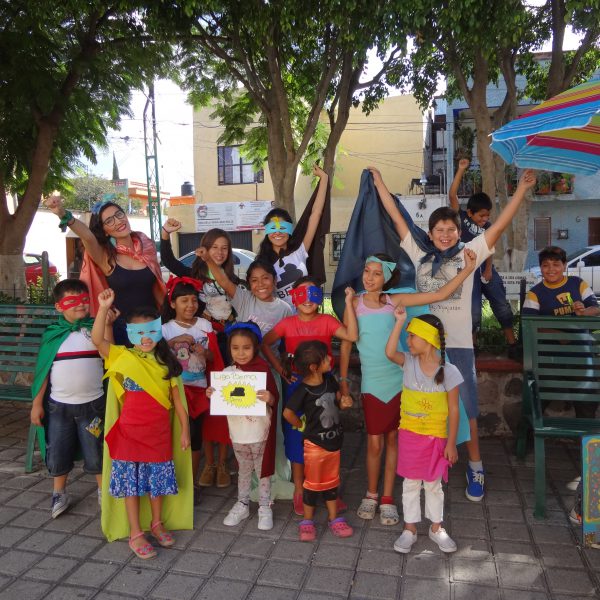