THE REFRESHING WIT OF THE HONIG COMPLEX

The housing construction along the Waal river is already in full swing, but the Honig grounds will only be needed at a much later stage. So what do you do with the complex? Demolish it or come up with a clever use? The verdict was: come up with a clever use. ‘To create a good feeling in the area,’ is how Henri Schimmel, development manager at BPD, explains this choice.

Schimmel views the field of area development as a search for windows of opportunity. ‘When certain developments converge, you have to act vigorously. At BPD, we call it: finding and using the fordable spot.’ The area around the Honing complex had a dismal air, and after the factory closed down no one went there unless necessary. BPD intended to reinvigorate the premises by giving it a temporary use. A contributing factor was the surge of interest in old industrial buildings that started to emerge just when the complex fell into disuse.

The approach used for the Honig complex is a form of placemaking, but then explicitly without a predetermined scenario. Somewhat to the surprise of BPD and the municipality the concept turned out to be a great success. For years now, the Honig complex had been bustling with energy, drawing large numbers of visitors and enjoying national fame.

In retrospect, Schimmel, who was responsible for the housing construction in the Waalfront plan, can pinpoint a few reasons for this resounding success. ‘Creating something new from something old fits into today’s recycling culture. Moreover, people appreciate the creative and crafts character of the Honig complex. The clustered businesses generate a lot of positive energy. And the fact that it’s happening in a place where dozens of years ago industrial work was carried out from eight to five is witty and refreshing for the mind.’

So what are the ingredients for this success? Schimmel names four: 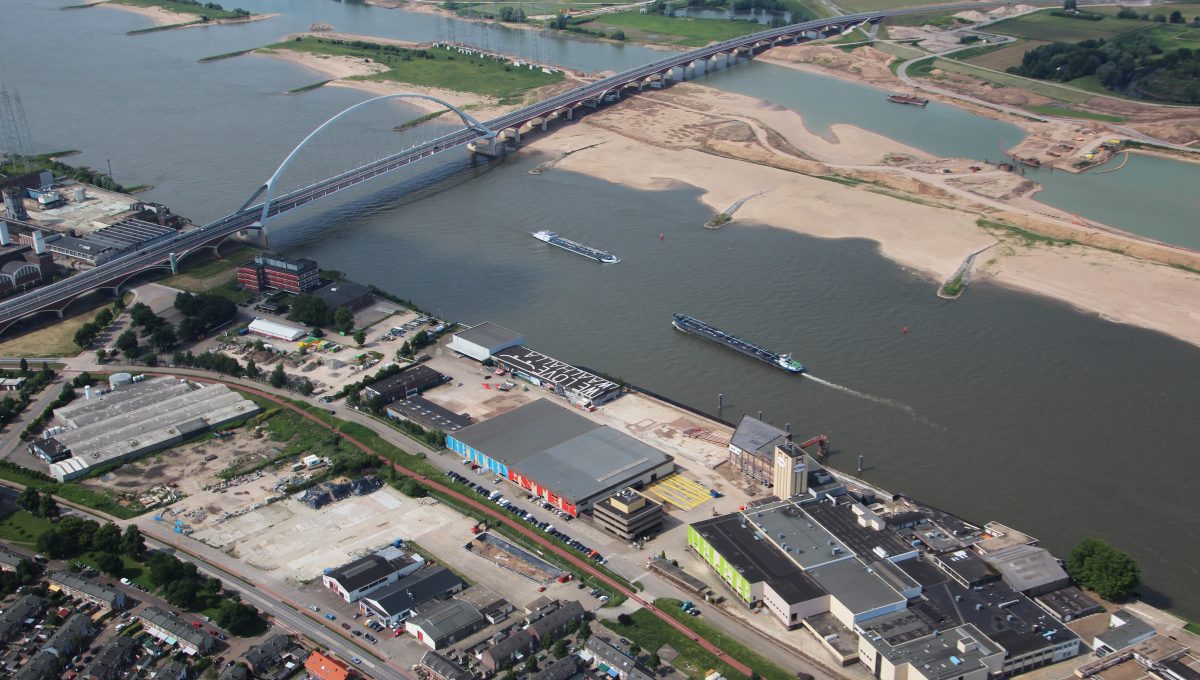 Schimmel has nothing but praise for the users, which includes brew pub Stoom and restaurant De Meesterproef. He is still immensely impressed by the way they managed to create attractive, flourishing enterprises in this huge factory complex with only simple resources. Imaginative use has been made of the uniqueness of the buildings. For example, the former lab’s glass-walled rooms, arranged around a central hall, were converted into workshops by culinary entrepreneurs.

The Honig complex is nearly self-supporting. The quartermaster has been replaced by a manager who also resides in the complex. The municipality and BPD only take care of the finances or come to the rescue when calamities occur, such as a major leakages.

The big question is: how to proceed from here? Initially, the Honig complex was to be demolished after 2022 to make room for residential housing. But even many die-hard sceptics are now embracing the complex like a favourite son. Politicians who have been advocating demolition are now encountering resistance. Schimmel shakes his head when talking about it. He observes a lot of t=0 – or short-term thinking. ‘The magic of the place is largely determined by its temporary nature and fresh energy,’ he says. ‘But this will be different in ten years’ time. Then you’ll have to deal, more than now, with a discontent inner city and the need for investment.’

On the other hand, he also realises that the temporary occupation plan has exceeded expectations. That’s why he can understand today’s mindset. ‘We asked BOEi, who focus on the restoration and reallocation of cultural heritage sites, to analyse the complex. The analysis revealed that many industrial buildings are not worth saving, but the brick buildings that form the core of the complex are perhaps saveable.’ Today’s mindset tends towards preserving some of the buildings and making them suitable for living, working and various facilities. Moreover, the idea is to retain something of the Honig atmosphere – described by Schimmel as a ‘rambling industrial area’ – and incorporate it into the urban development plan for the new housing estates, Handelskade and Koningsdaal, situated nearby.

The Honig complex and the procedures involved proved enlightening to BPD. ‘I learned that it’s worth the effort to allow for spontaneity and flexibility in the development of the plan,’ says Schimmel. ‘Although you must maintain strict control and never lose sight of your goal. The flexibility mainly applies to the process.’ 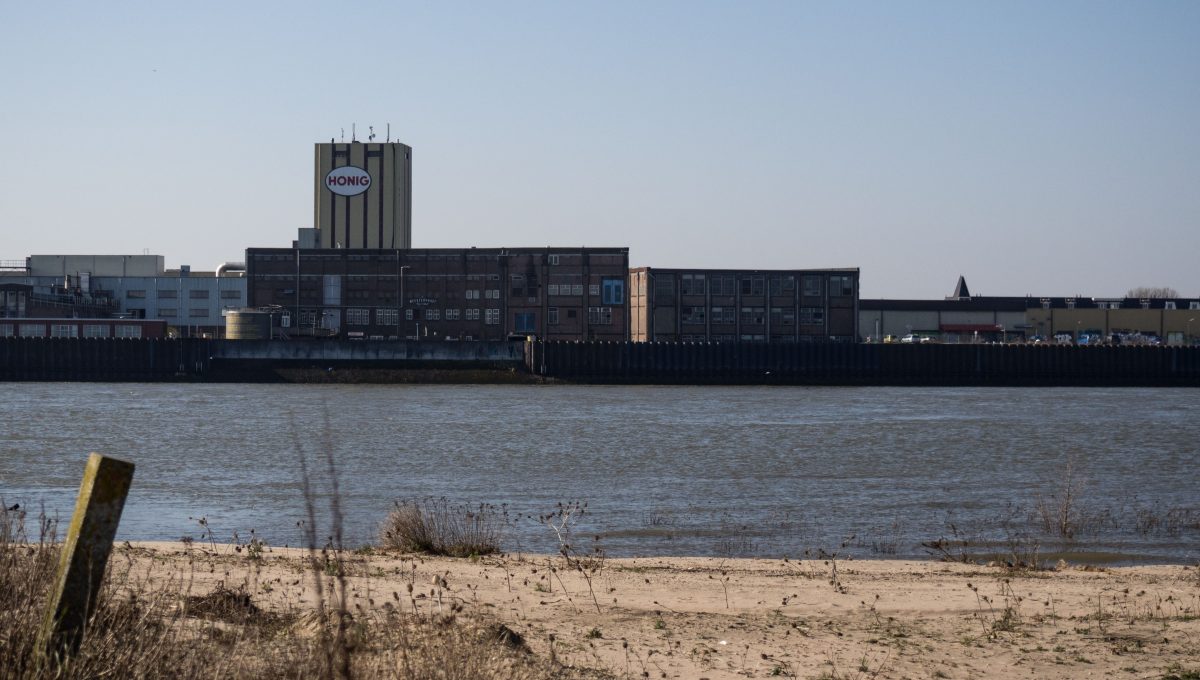 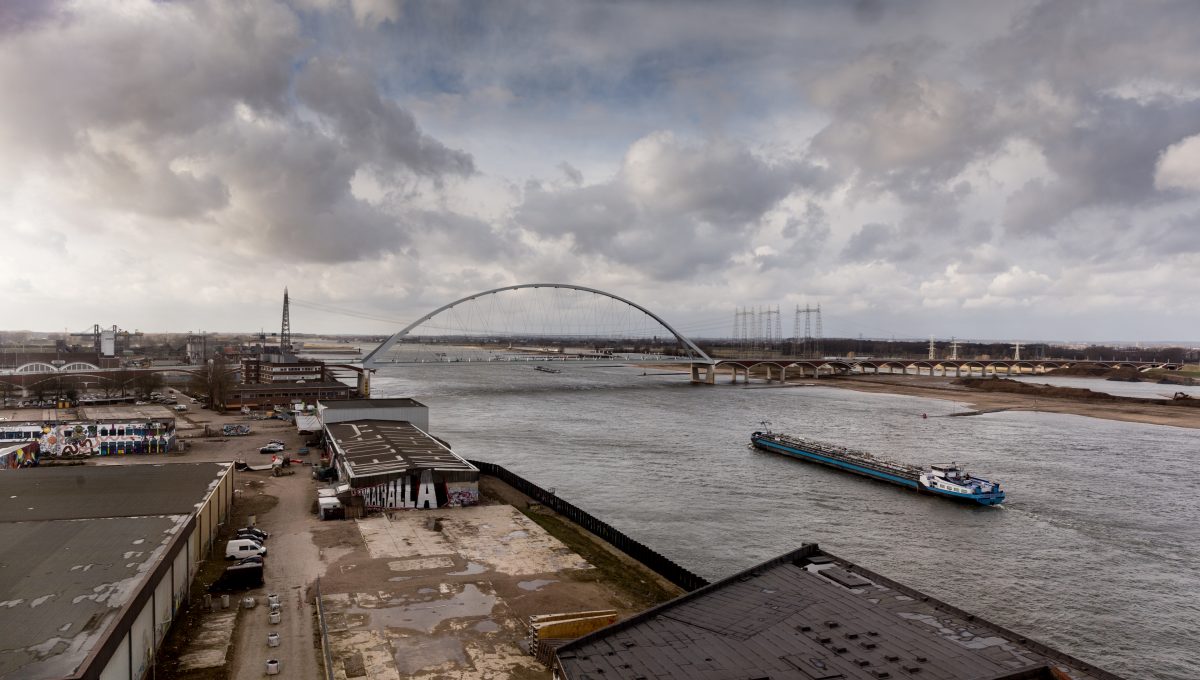 In retrospect he thinks he might have done things differently. ‘More thought should have been given to the question: What will we do if the project becomes a big success? Now it has overwhelmed us all a bit. Perhaps we should have anticipated that Honig was a fordable spot and capitalised on it more for Waalfront’s area branding.’

Schimmel expects that the Honig case will definitely influence the way BPD operates in the future. ‘We’re traditionally involved more in expansion than in infill development. These ratios are now reversed. Honig is a great test case in this respect. Although you can’t use the same approach everywhere, and not every factory complex is suitable for conversion.’

By switching to urban construction, BPD is increasingly transforming into an area brander who has to try to merge both existing and future functions. But an area brander is different than a placemaker, emphasises Schimmel. ‘Placemaking means enabling the Honig complex to function well. Area branding applies to the larger context, to the Waalfront programme, and covers a longer time frame.’ 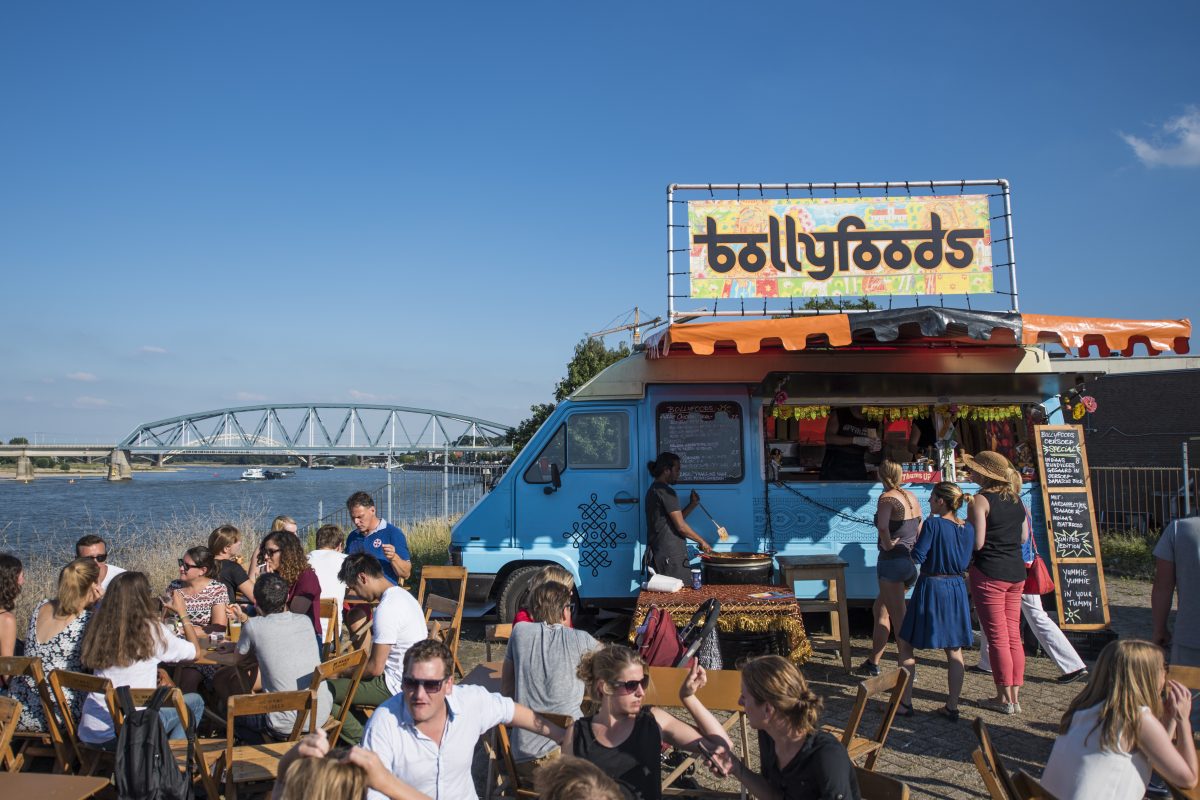 Placemaking, however, is an important advantage in area branding, he explains. ‘The way placemaking took place with the Honig complex has a value-enhancing effect. It’s no coincidence that the Honig cargo bike graces the brochures for the Koningsdaal quarter. Housing prices in Waalfront are considerably higher than in Waalsprong, on the opposite side of the river. Honig has functioned as a multiplier in the area’s branding.’

Hotspot with a smell of soup

For more than a century, a striking factory complex dominated the landscape just north of Nijmegen’s city centre. At first it housed the corn-starch factory Hollandia, later the wheat-starch factory Latenstein, and ultimately the soup manufacturer Honig. With a westerly wind, the people of Nijmegen could enjoy the delicious bouillon aroma wafting over from the soup factory. The company was taken over in 2001 by Heinz, which stopped production in 2012 and opened an innovation centre elsewhere in the city. The high silo with the Honig logo still dominates the complex along the Waal river, which has now become a lively and popular hotspot. The 33,000 square metre complex accommodates creative and crafts businesses, including a brewery, hospitality facilities and a covered beach volleyball court. The current users can remain there until 2022. The complex is part of a new residential-business area, Waalfront, where a total of 2,100 housing units will be built until 2028. The municipality and the area developer BPD are jointly responsible for the project. 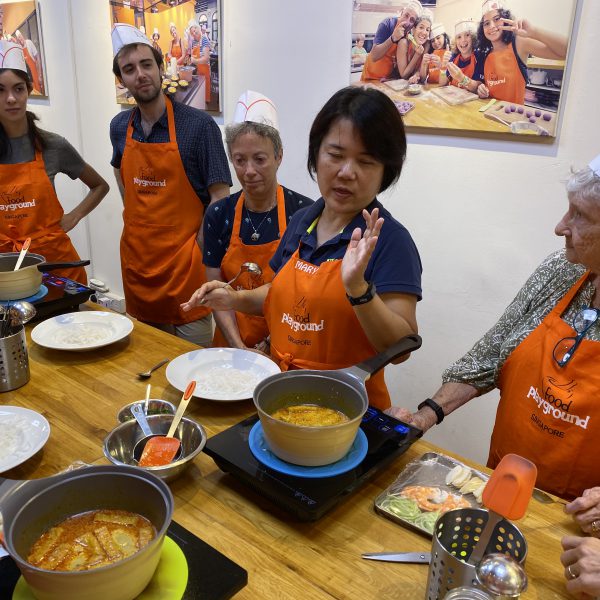 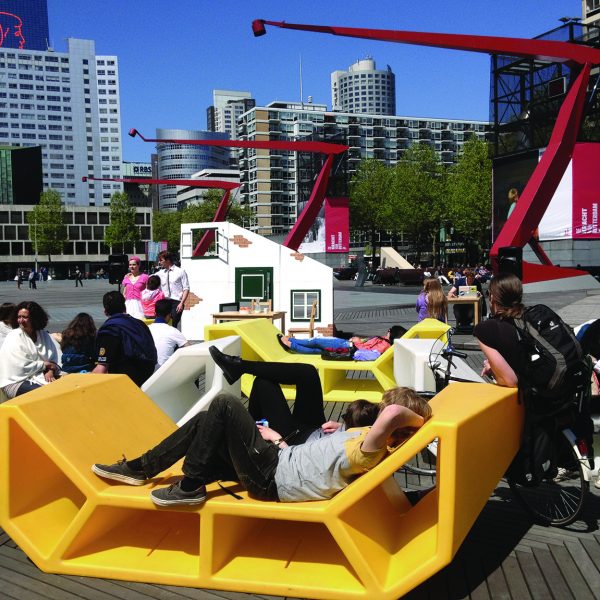